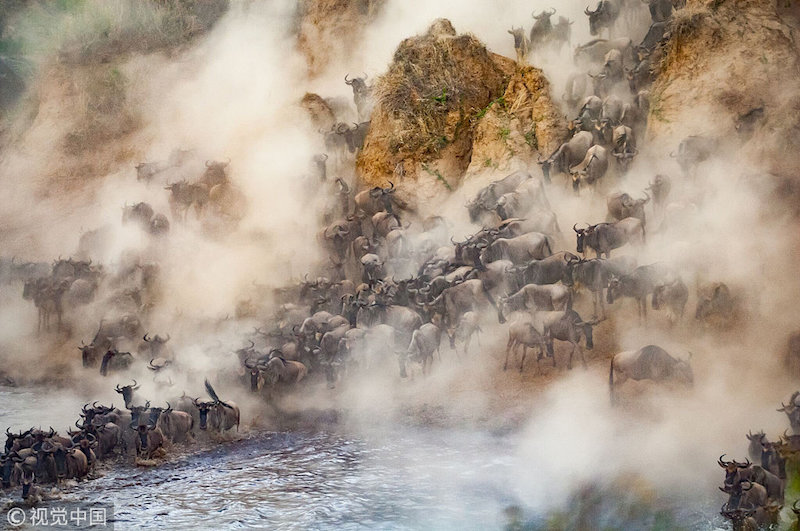 Summer welcomes the season of gnu migration. The journey is now ongoing on the land of East Africa. The photos from past years show spectacular scenes of the journey. (Photos: VCG) 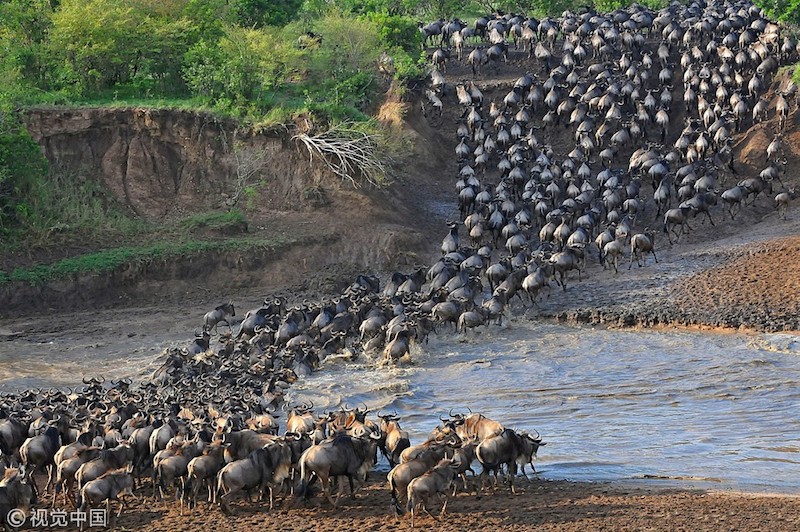 The images depict huge herds of gnu stampeding across vast wilderness and the raging Mara River. Up to 80,000 gnus run for their annual migration, the Daily Mail reported. 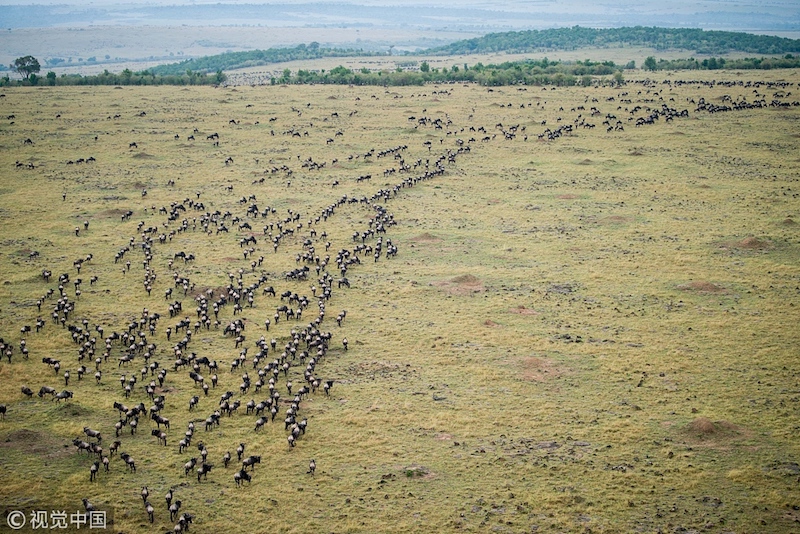 The life-threatening journey starts from the Serengeti Plains in Tanzania to the plains of the Masai Mara in Kenya, a distance of 1,800 miles over two months. 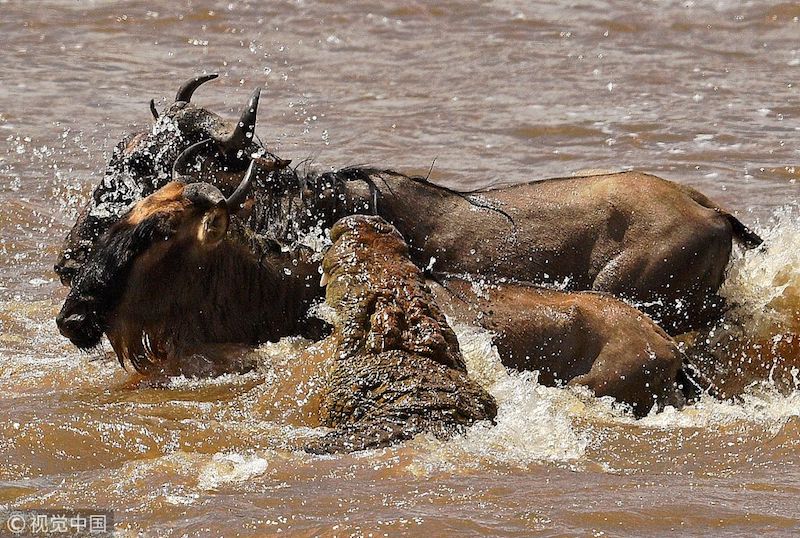 Gnus risk death as the fast-flowing river is also infested with hungry crocodiles, yet the images show their incredible attempt to cross. 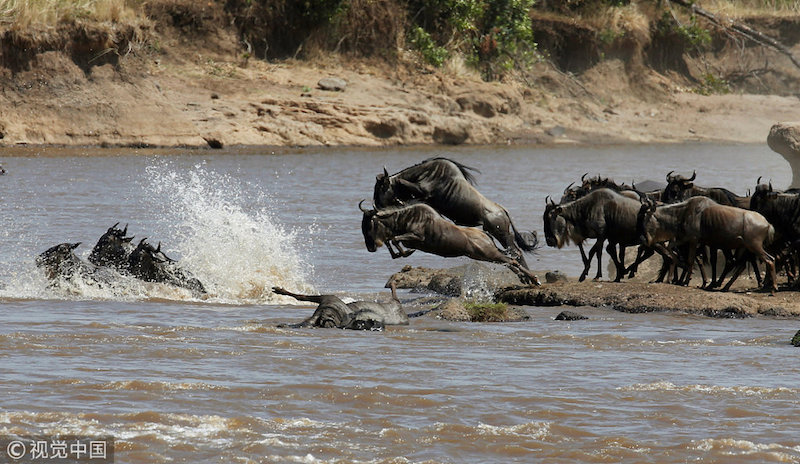 The migration begins every July and lasts until October as part of the natural cycle. 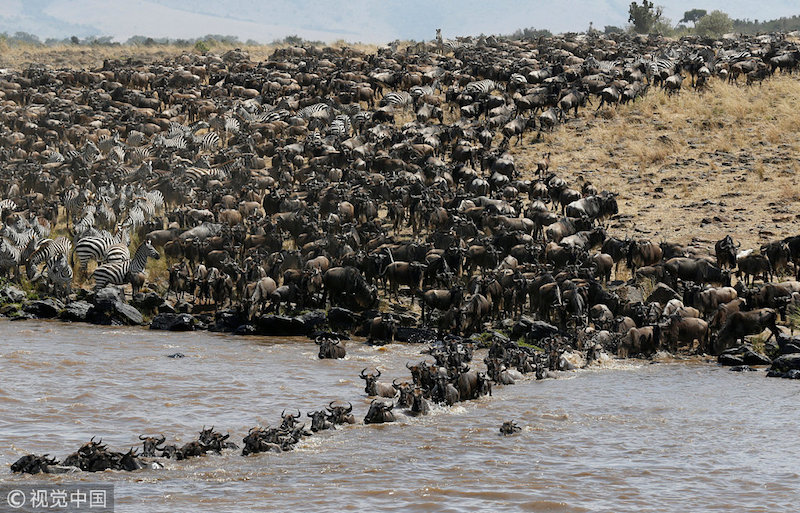 The spectacular migration is one of the greatest natural scenes around the world, and is seen as one of the “Seven New Wonders of the World.” 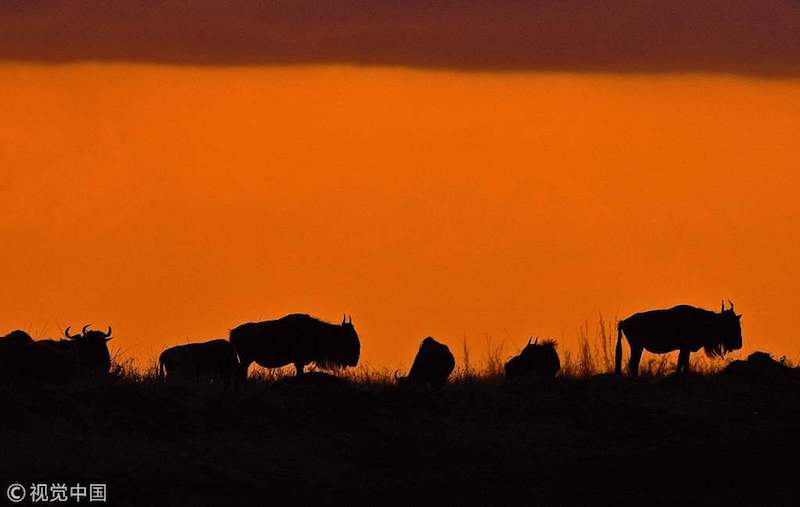 Around September the creatures arrive at their destination, and the land of East Africa will again be replenished and renewed.