PHOTOS Stunning aerial view of floating iceberg in the Antarctic

Stunning aerial view of floating iceberg in the Antarctic 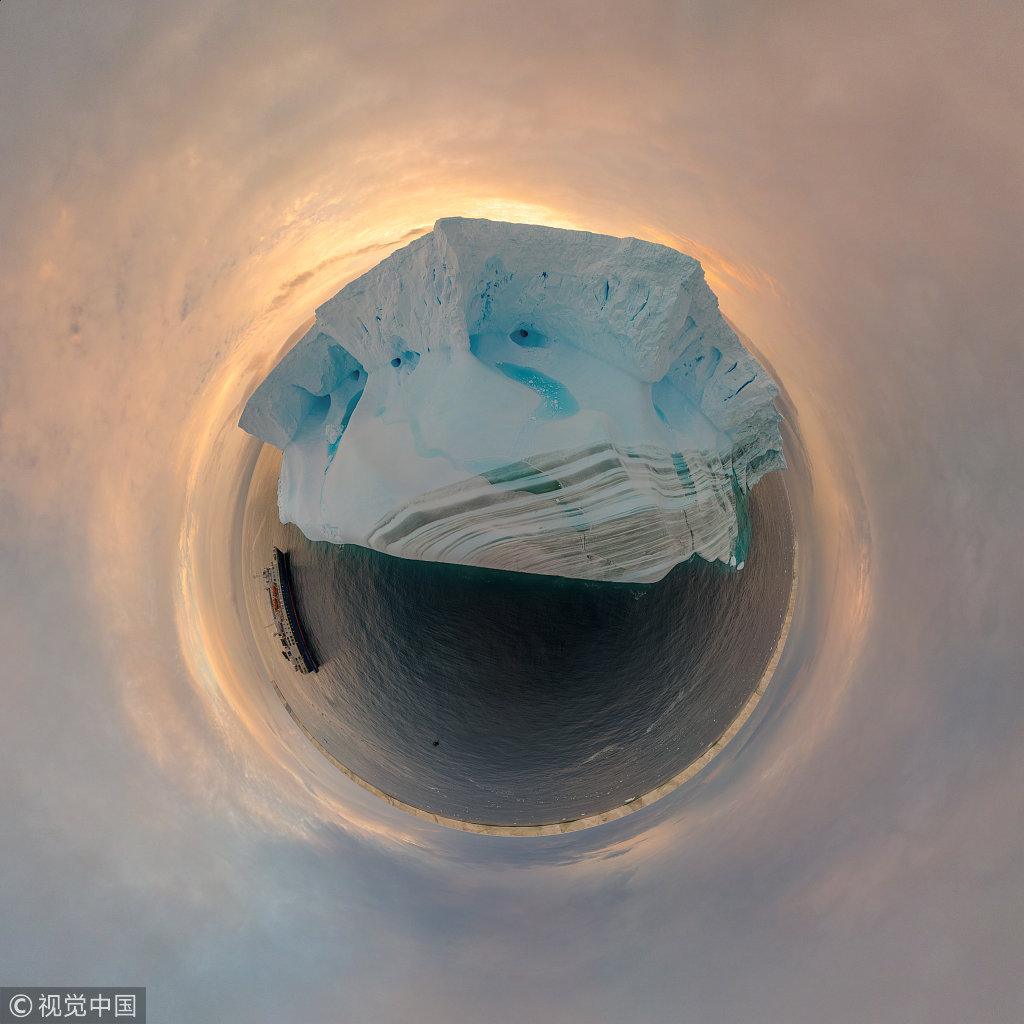 American explorer Adam Cropp, who is also the expedition leader for National Geographic Expeditions, captured a group of awe-inspiring aerial photos of an 18-kilometer-long and 8-kilometer-wide iceberg that broke off a glacier in waters off the Antarctic coast in January. [Photo: VCG] 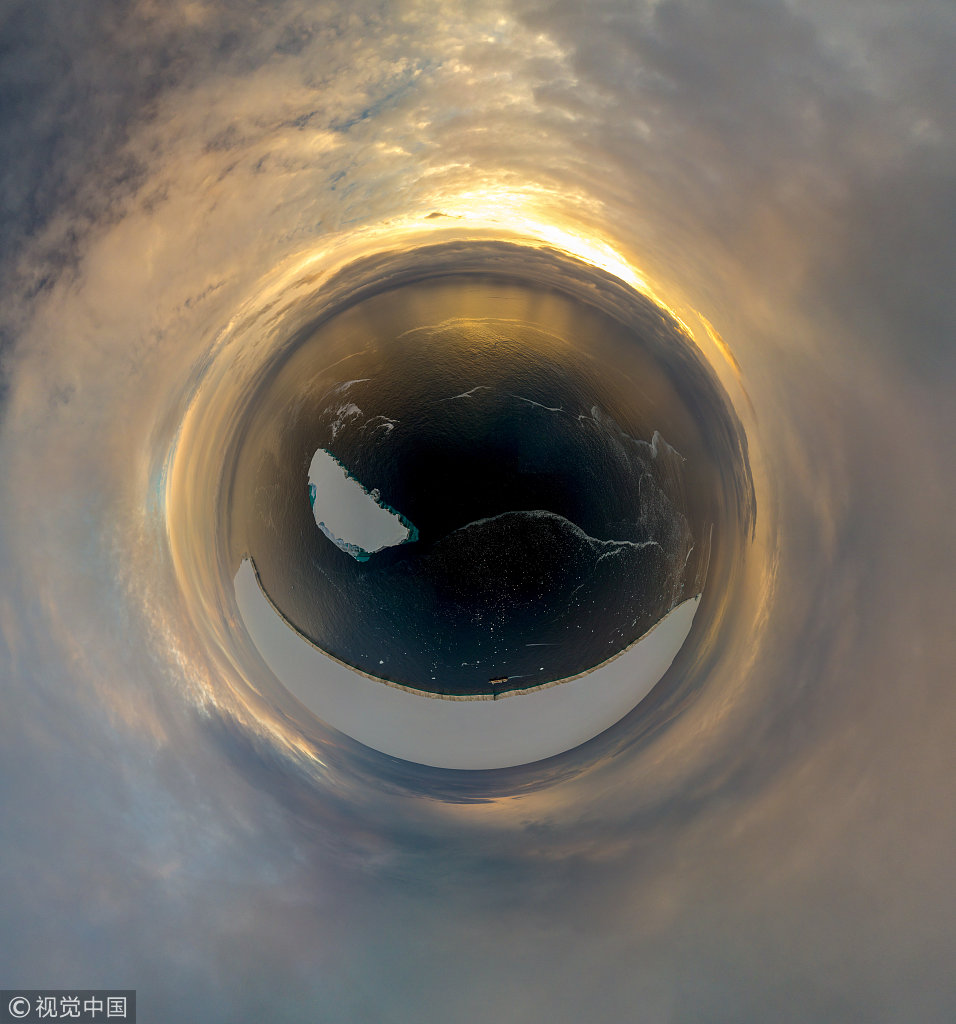 Cropp took the photos as the National Geographic team were on their way to the Antarctic Peninsula. He said the moment he saw the iceberg was one of the "most amazing experiences" of his life. [Photo: VCG] 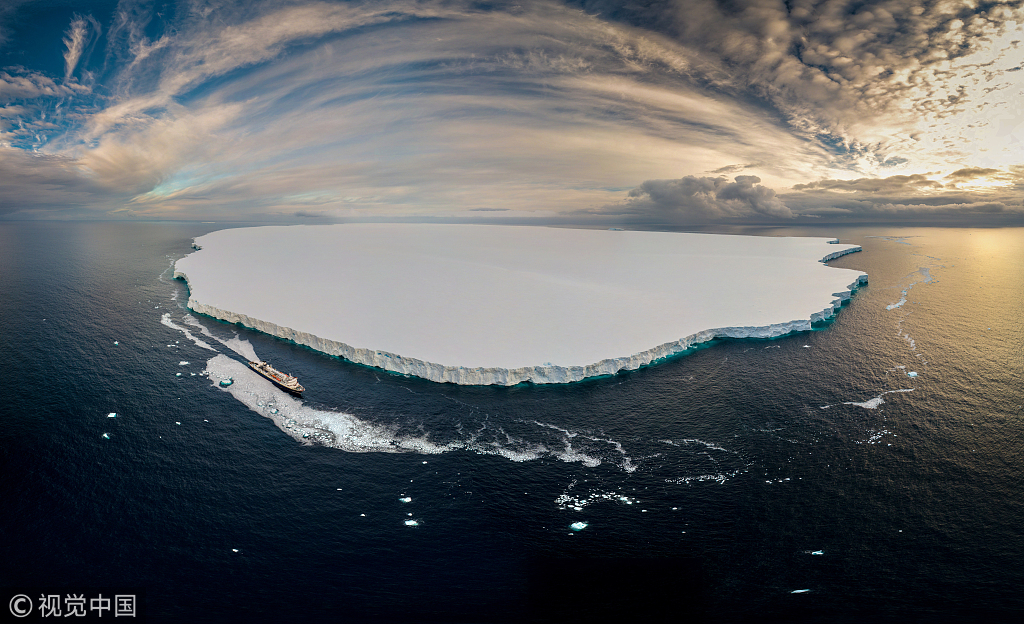 Cropp believes than an iceberg of that size floating in waters off the Antarctic coast signals a "warming disaster". [Photo: VCG] The iceberg was first spotted by Britain's Royal Navy Antarctic patrol ship the HMS Protector during her final scientific mission to the Southern Hemisphere. [Photo: VCG]​