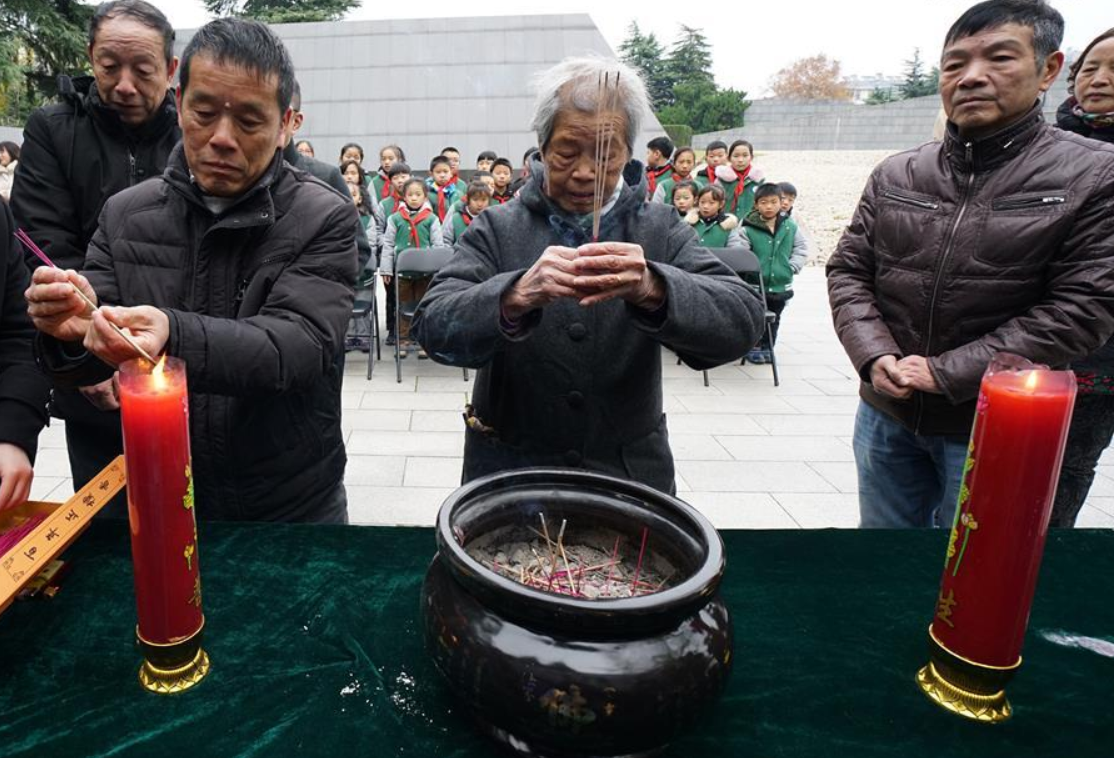 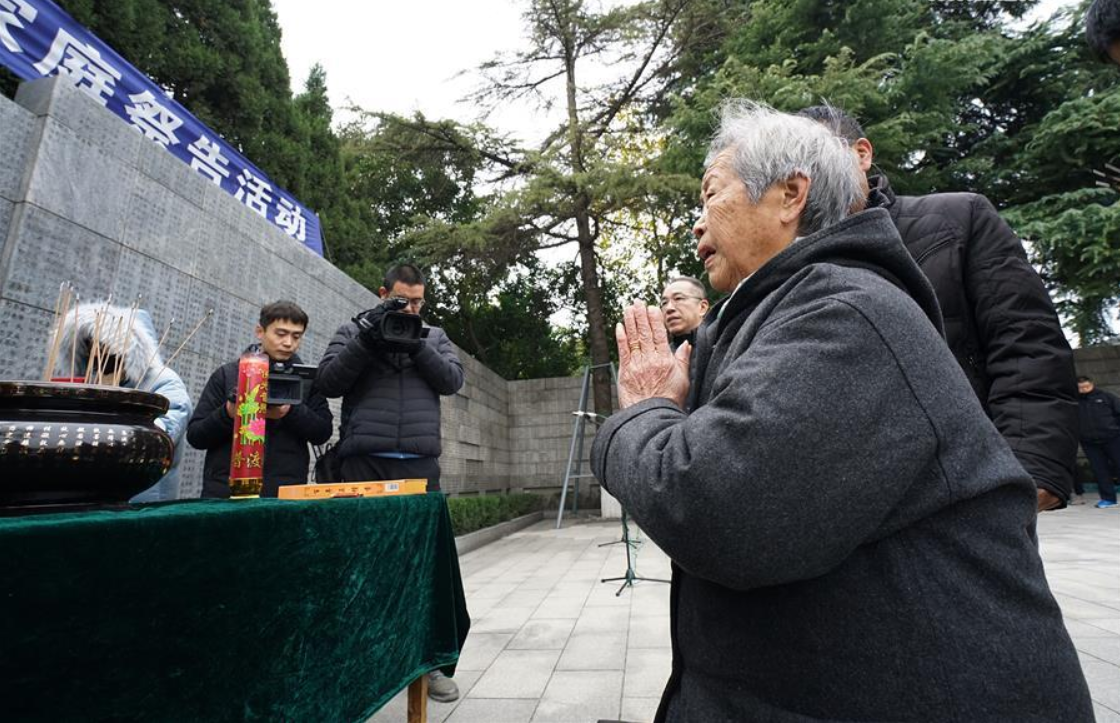 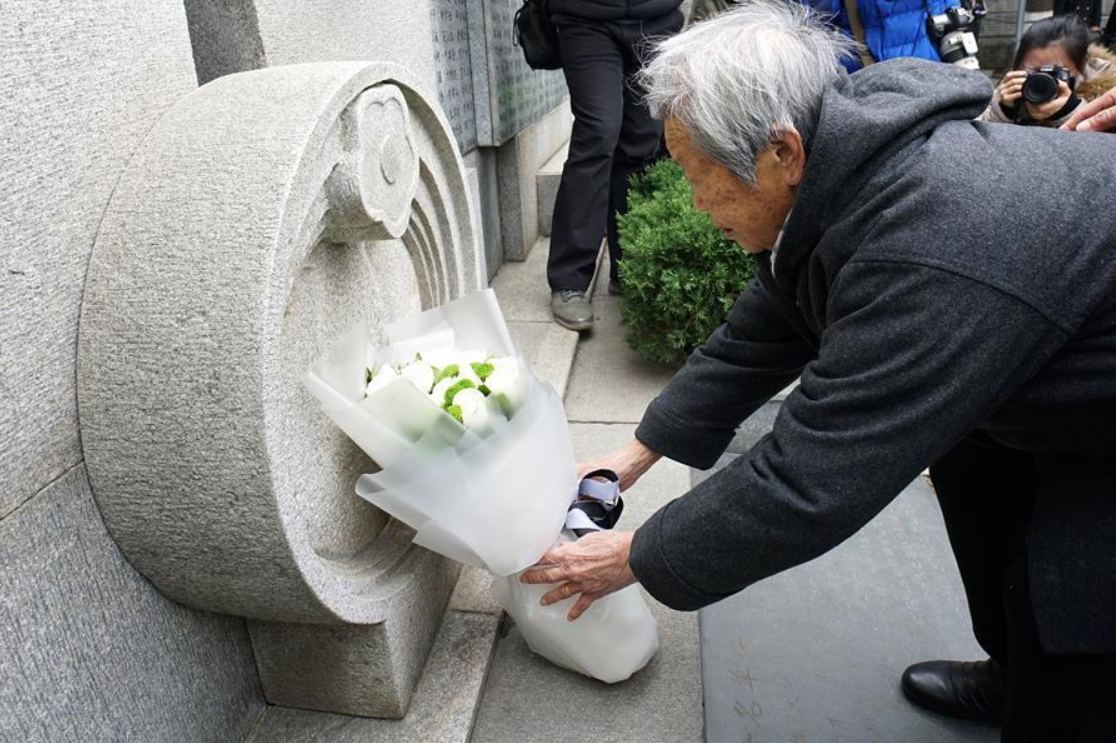 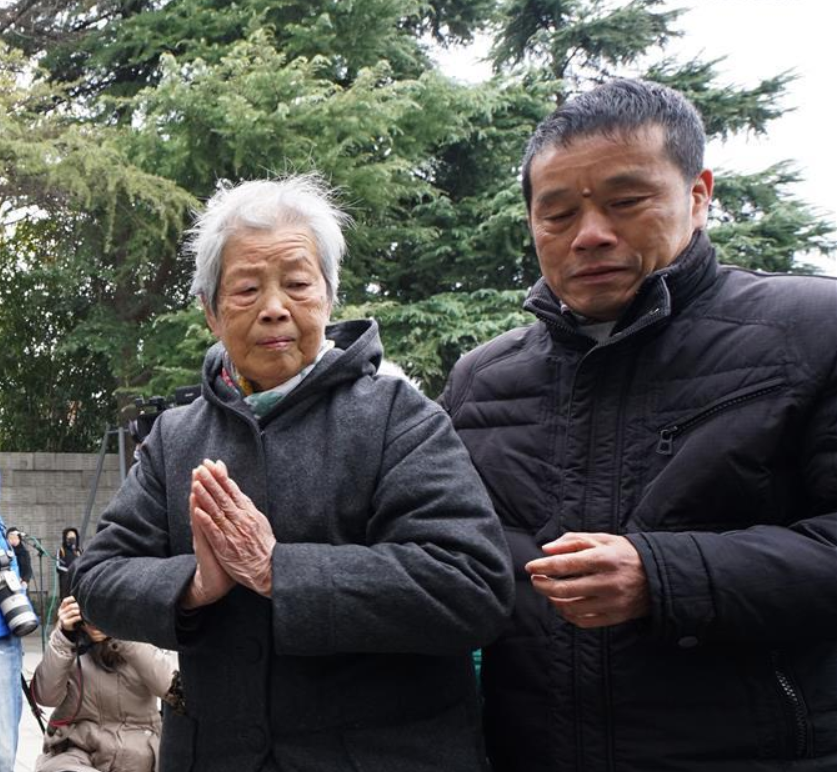 A survivor of the Nanjing Massacre Ai Yiying (C) burns incense for victims during a commemorative activity in Nanjing, capital of east China's Jiangsu Province, Dec. 9, 2018. The Nanjing Massacre took place when Japanese troops captured the city on Dec. 13, 1937. Over six weeks, they killed 300,000 Chinese civilians and unarmed soldiers. Ai Yiying's mother and her three children escaped the massacre and fled to a refugee zone. Ai's father, uncles and a cousin were killed by Japanese soldiers. In February 2014, China's top legislature designated December 13 as the national memorial day for victims of the Nanjing Massacre. (Photo: Xinhua)