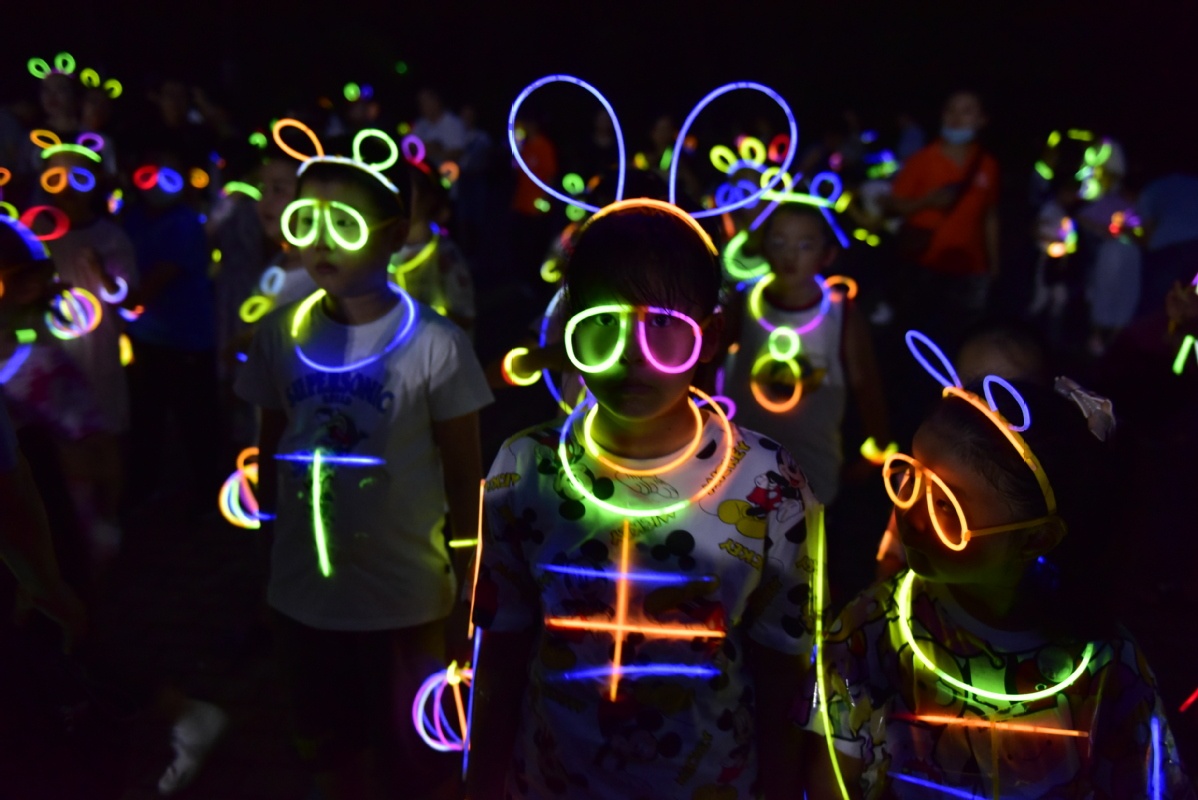 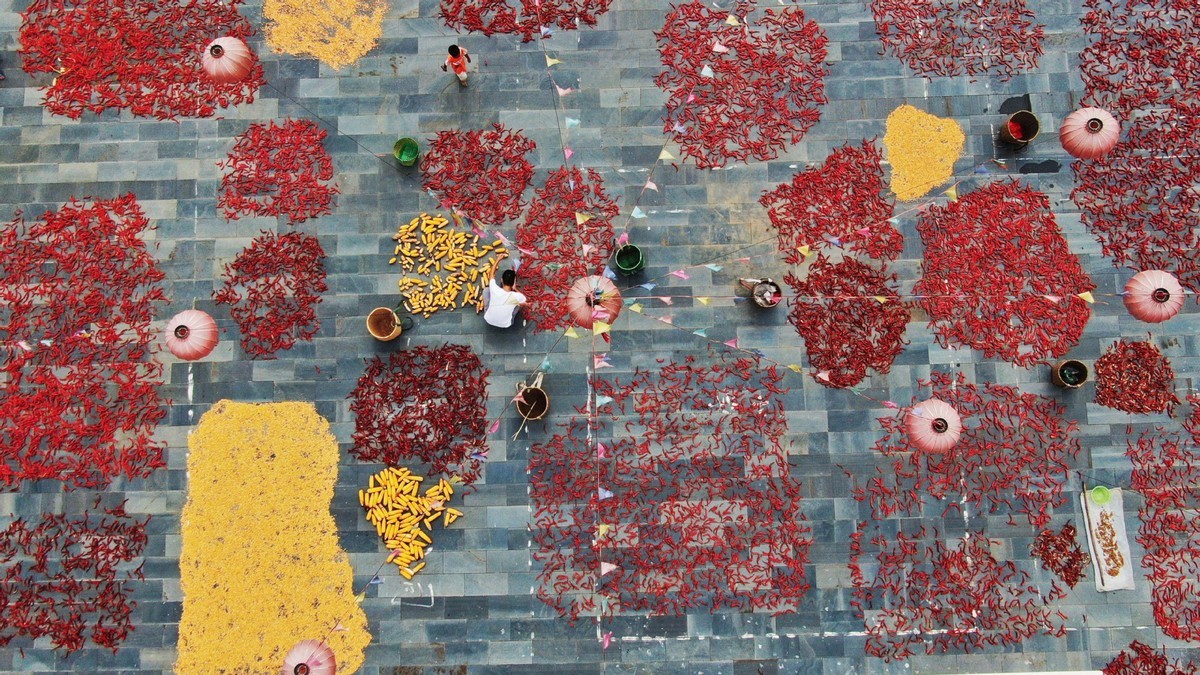 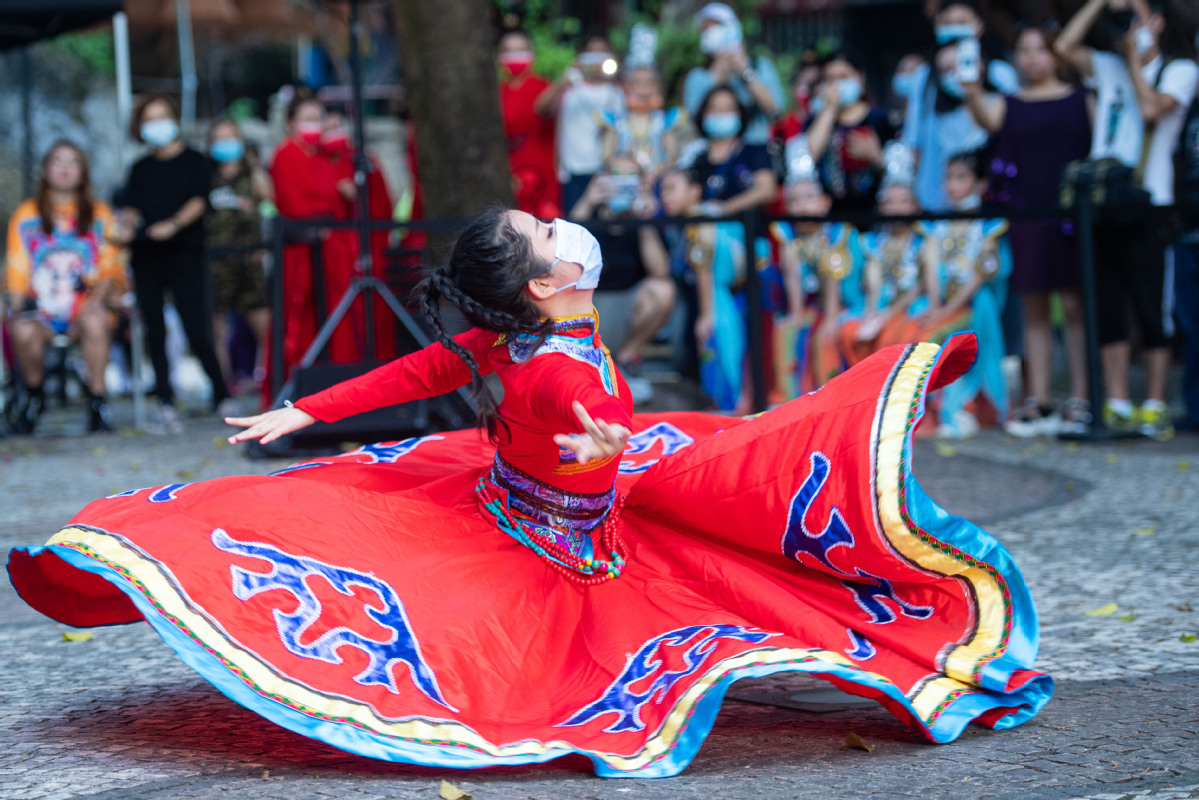 A dancer performs in front of the A-Ma Temple in Macao during a cultural gala, on Aug 16, 2020. The gala held to pray for good fortune follows traditional ritual ceremonies. [Photo/Xinhua] 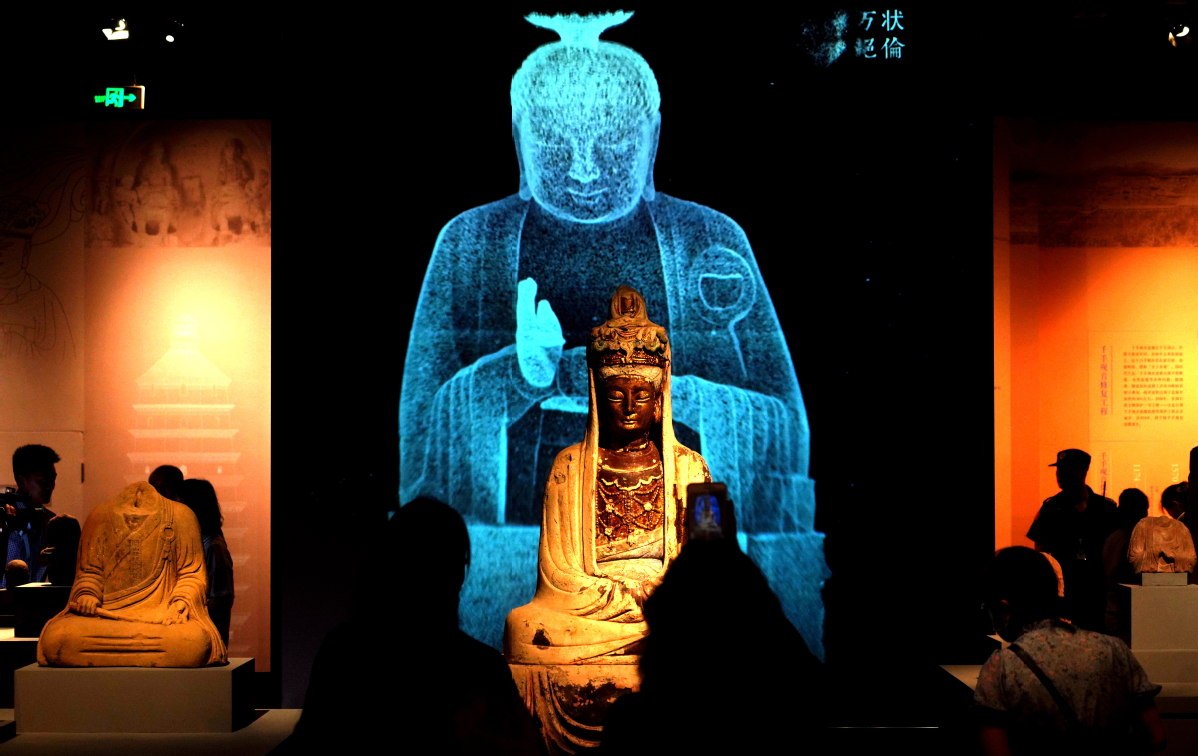 Visitors look at a Buddhist statue during an exhibition at a museum in Chengdu, Sichuan province, on Aug 16, 2020. The exhibition focuses on the Dazu Rock Carvings, a UNESCO World Heritage Site in Chongqing. It was rolled out as the two cities, which are closely linked in culture, are engaged in a plan to jointly develop tourism. [Photo by Xiang Yu/for China Daily] 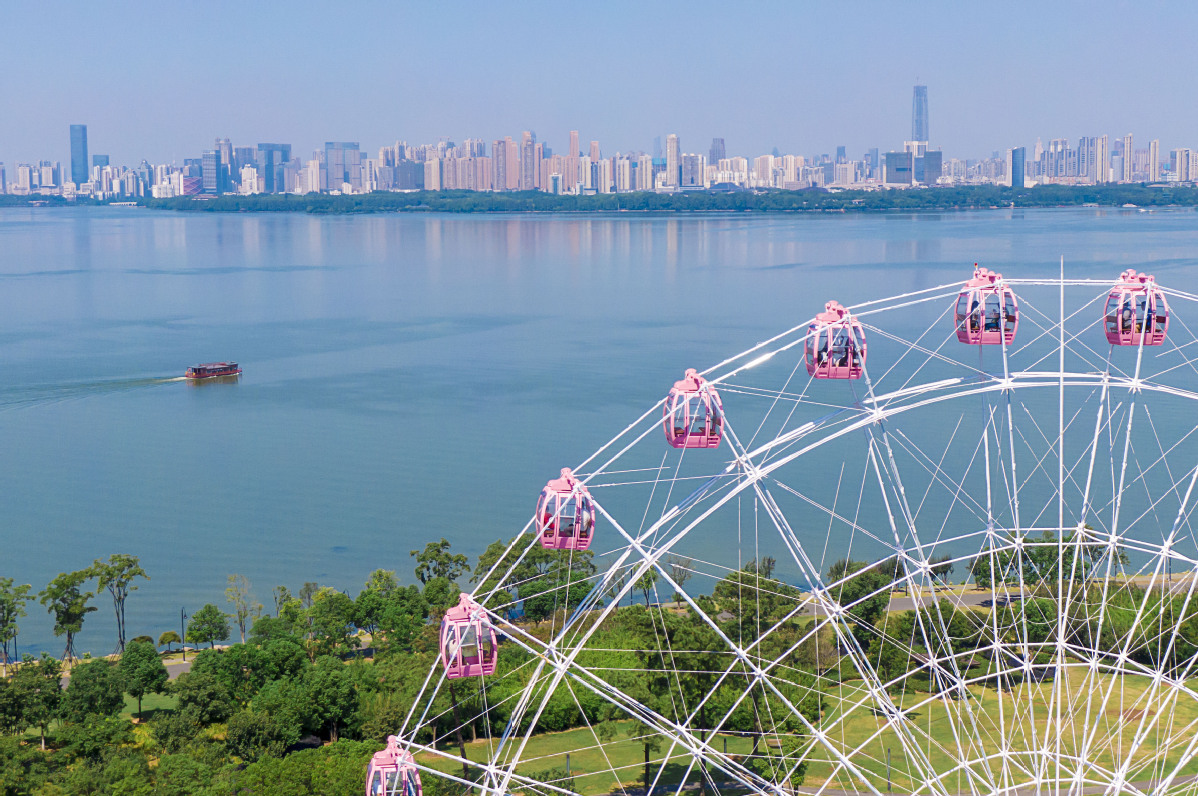 The Eye of East Lake Ferris wheel is seen in the foreground of the lake in Wuhan, Hubei province, on Aug 17, 2020, a day before it opened to the public. [Photo/Xinhua] 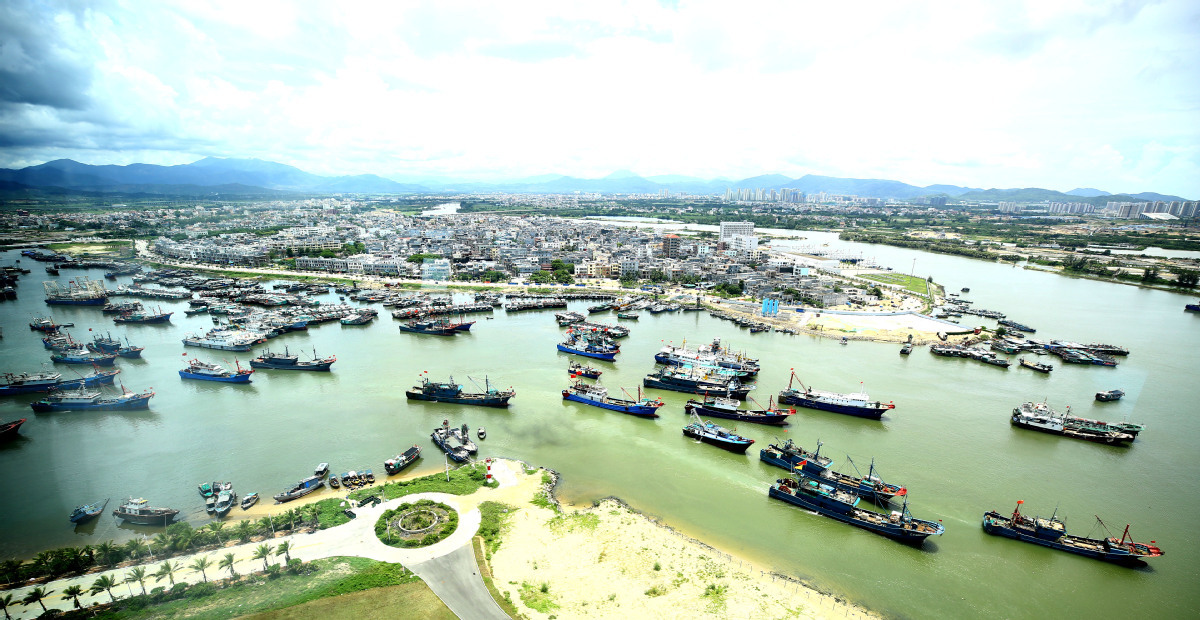 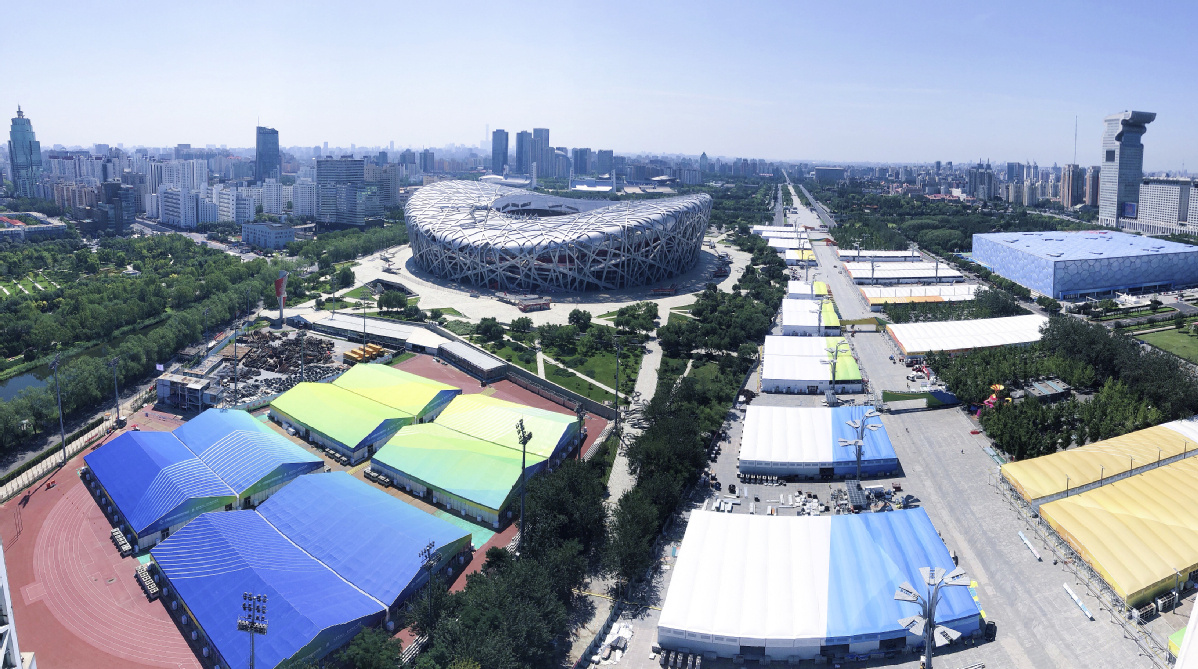 The temporary outdoor venue and facilities of the 2020 International Fair for Trade in Services stand nearby the National Stadium in Beijing, on Aug 17, 2020. The fair will be held in Beijing at the beginning of September, and there will be eight industry themes, including cultural services, financial services and 5G. [Photo by Ma Wenxiao/for China Daily] 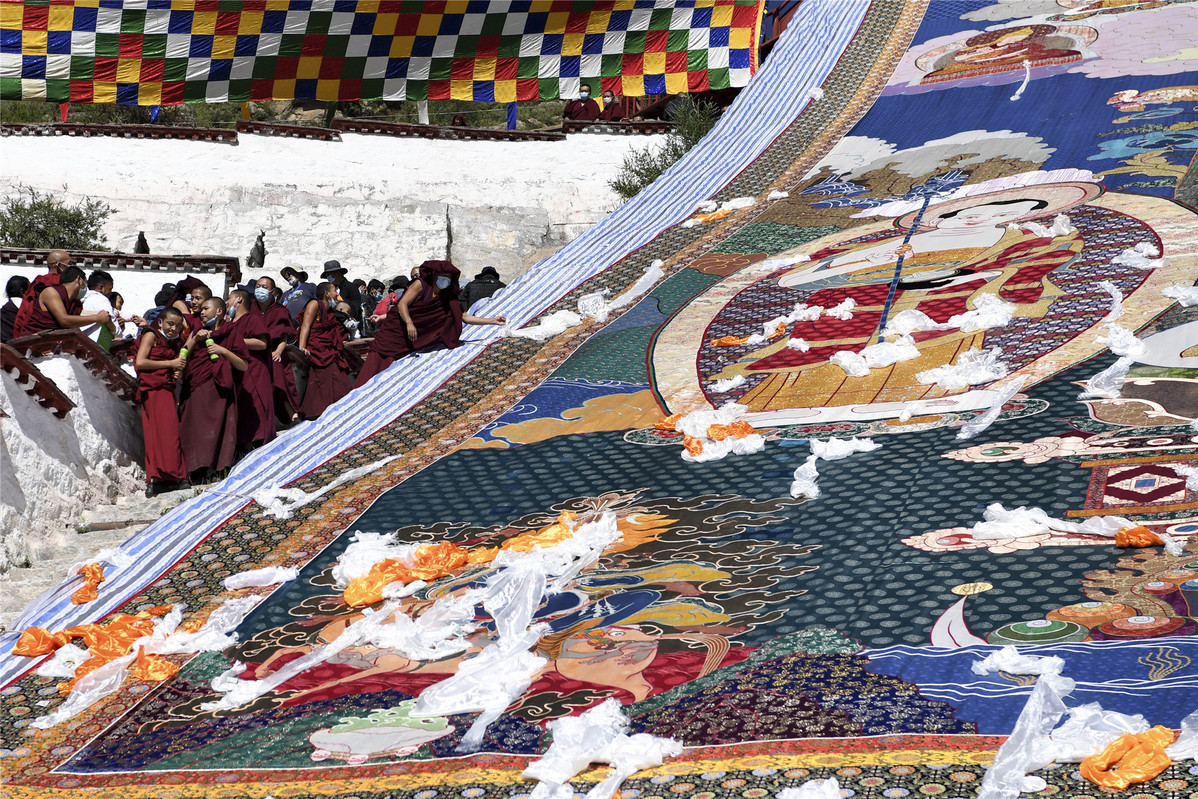 The traditional "sunning of the Buddha" ceremony with thangka paintings is held during Shoton Festival at Drepung Monastery in Lhasa, Tibet autonomous region, on Aug 19, 2020. Shoton Festival, which literally means the "Yogurt Banquet Festival", is one of the most important festivals for the Tibetan ethnic group. [Photo by Tang Bin/for China Daily] 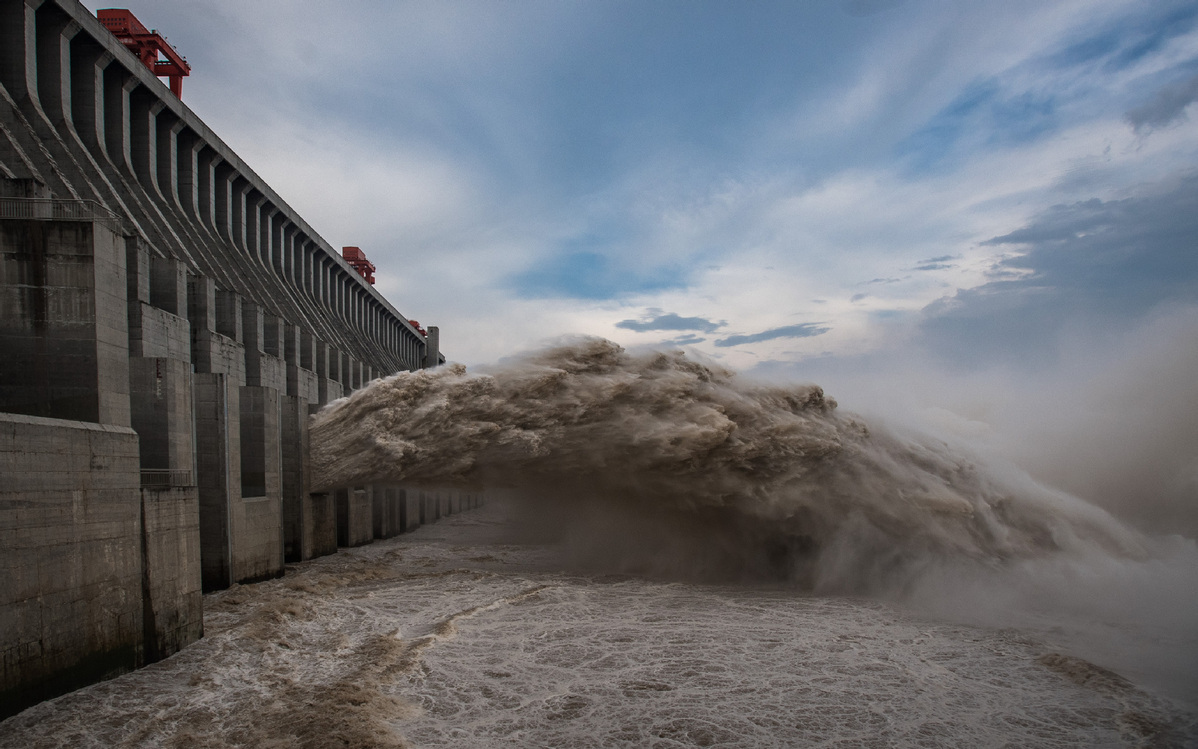 Water gushes out from the Three Gorges Dam in Central China's Hubei province, on Aug 19, 2020. The inflow of water at the Three Gorges reservoir reached 72,000 cubic meters per second at Wednesday noon. [Photo/Xinhua] 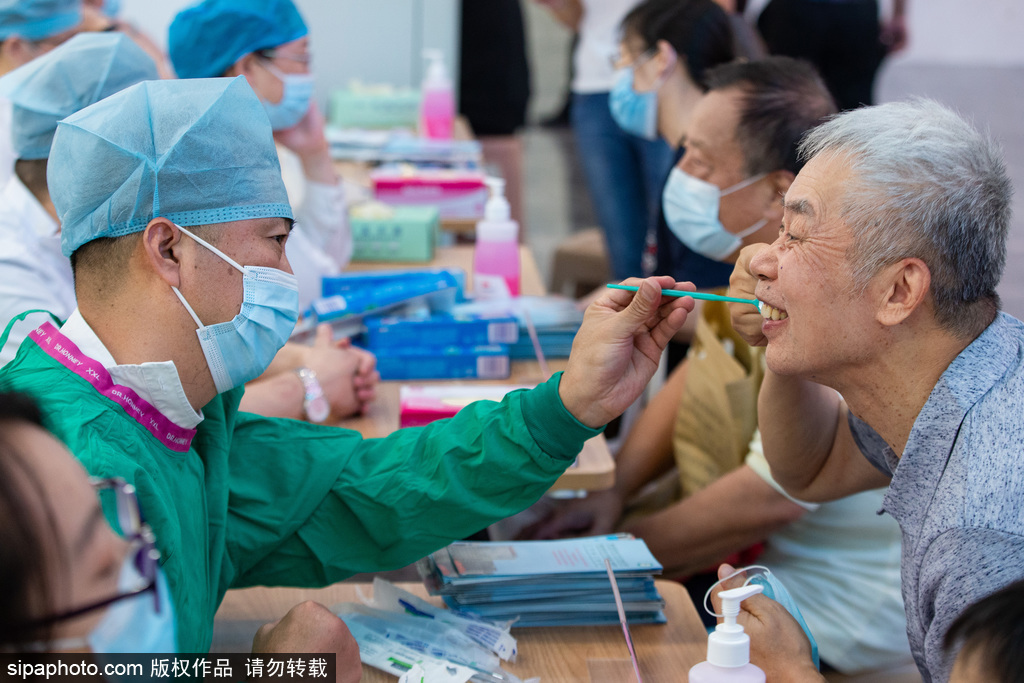