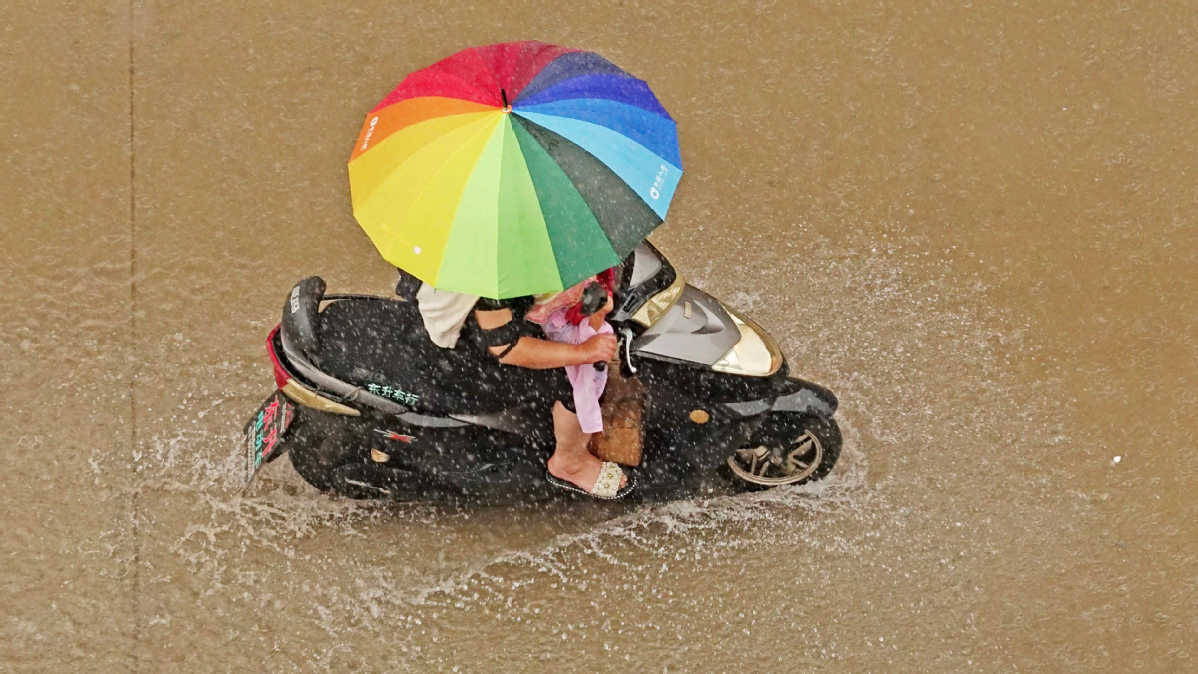 People venture out in the pouring rain in Dalian, Liaoning province, on the afternoon of Aug 20. (Photo: China Daily) 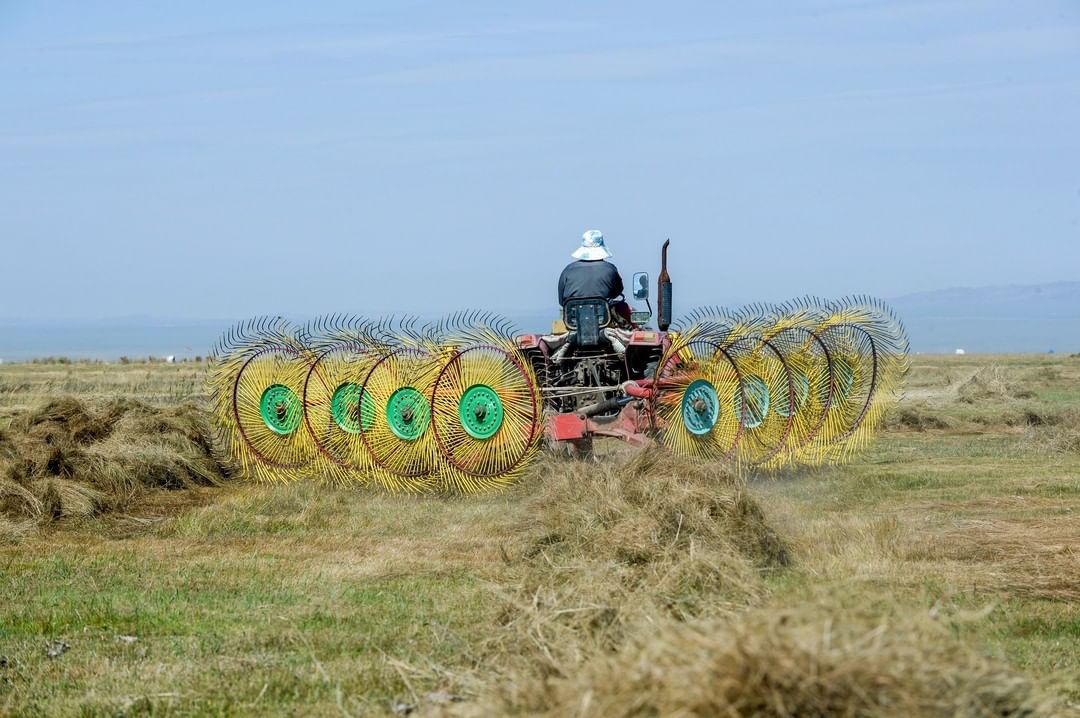 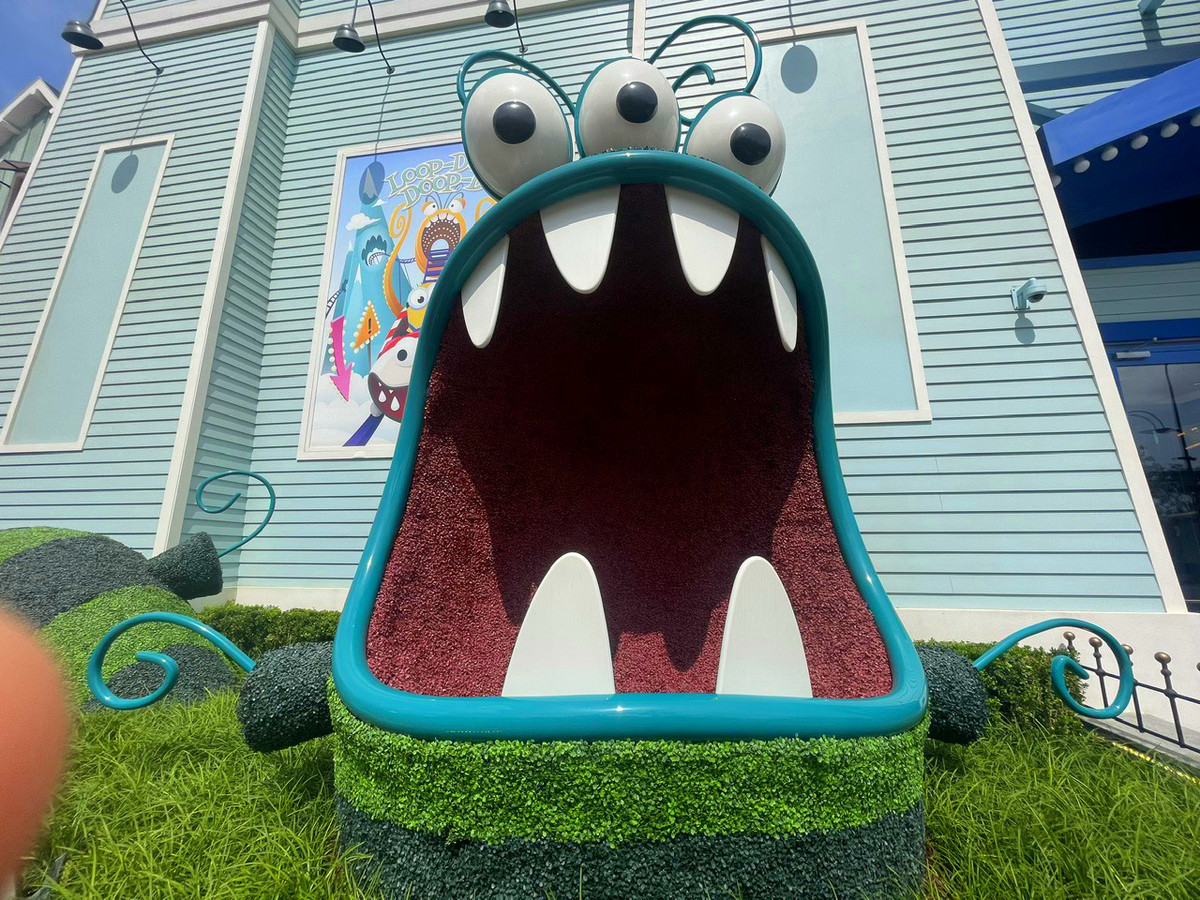 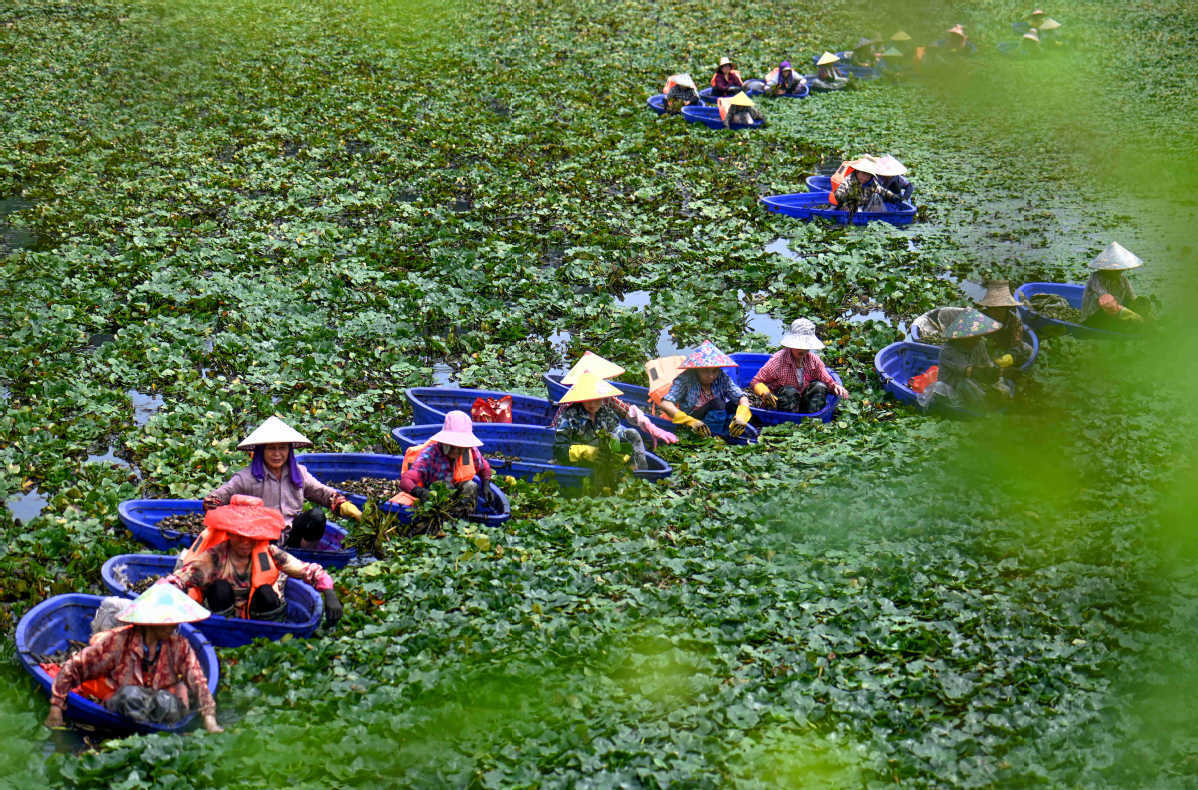 Farmers harvest water caltrops ( lingjiao in Chinese), whose leaves cloak a river in green, in Fenyi county, Xinyu, Jiangxi province, on Aug 21. In recent years, the county government has been vigorously promoting the development of the aquatic cultivation industry and helping farmers sell products through online and offline marketing channels. (Photo: China Daily) 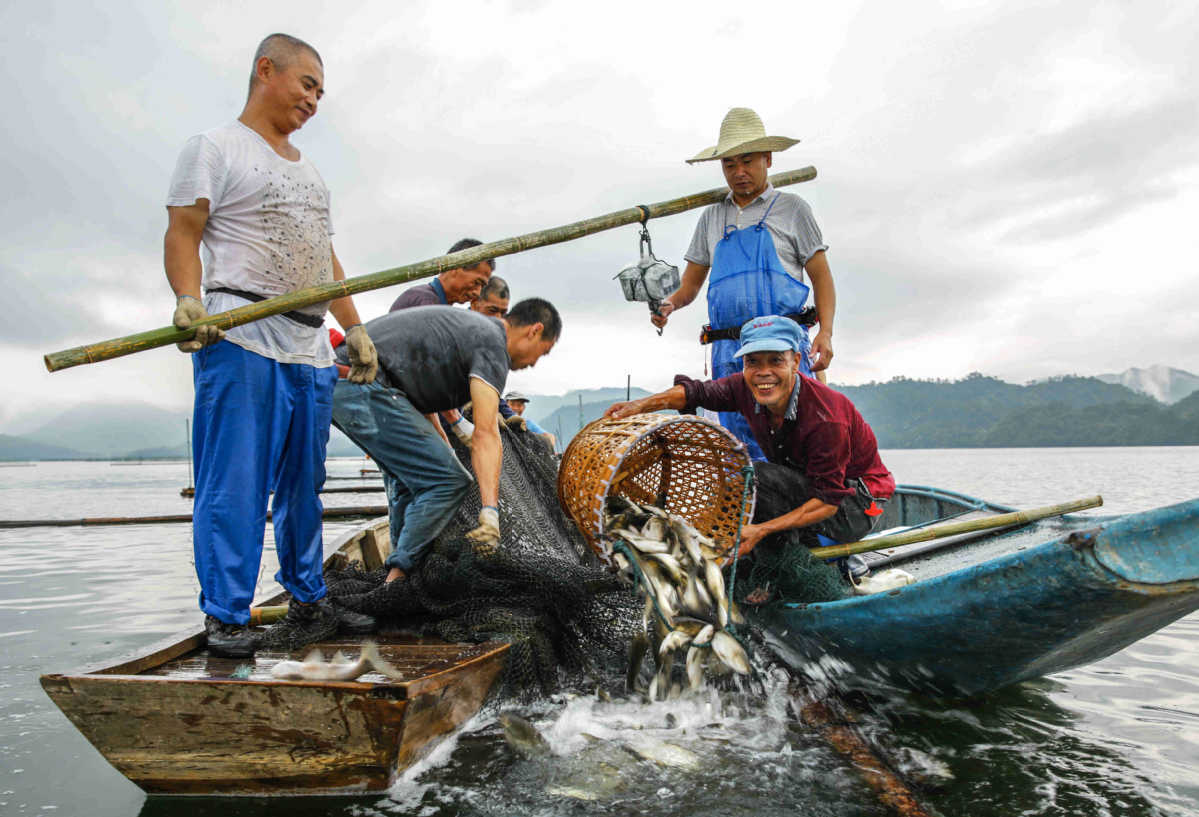 Fish farmers release fish they have raised for one year into Qiandao Lake in Chun'an county, Zhejiang province, on Aug 22. Qiandao Lake Group, a local fishing company, provided fry to farmers and purchased the fish a year later to increase farmers' incomes. Around 4 million fish are expected to be released this year. (Photo: China Daily) 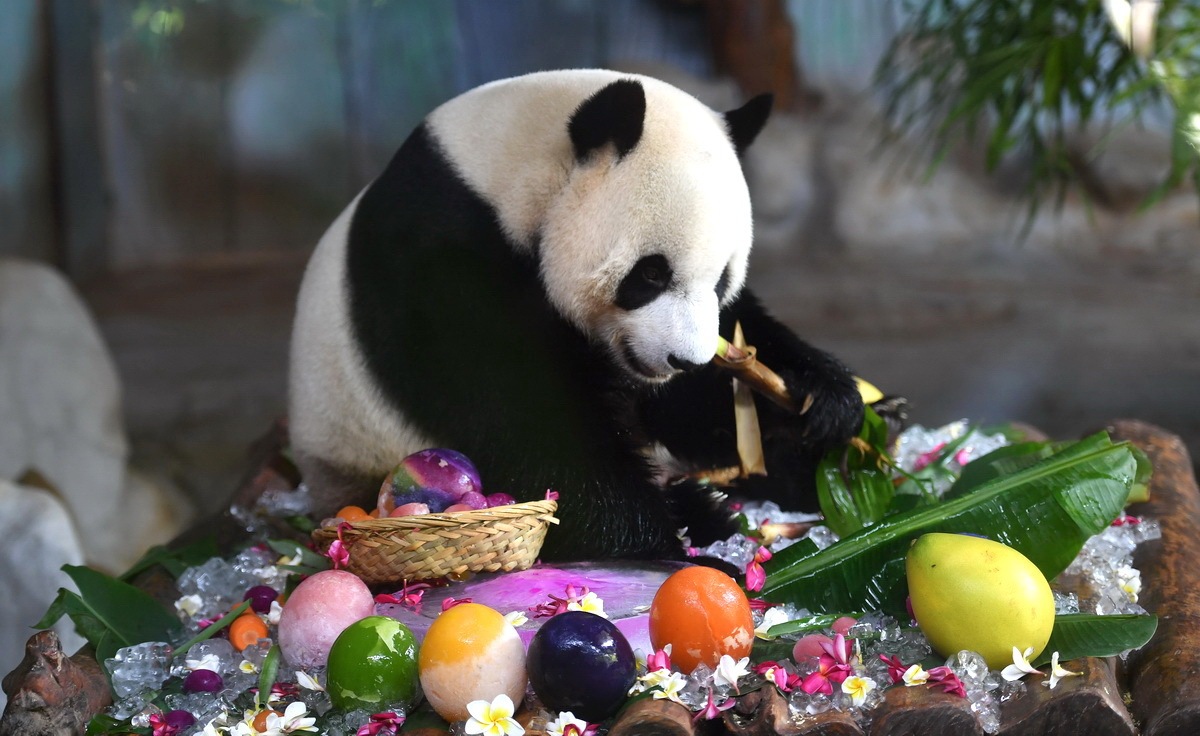 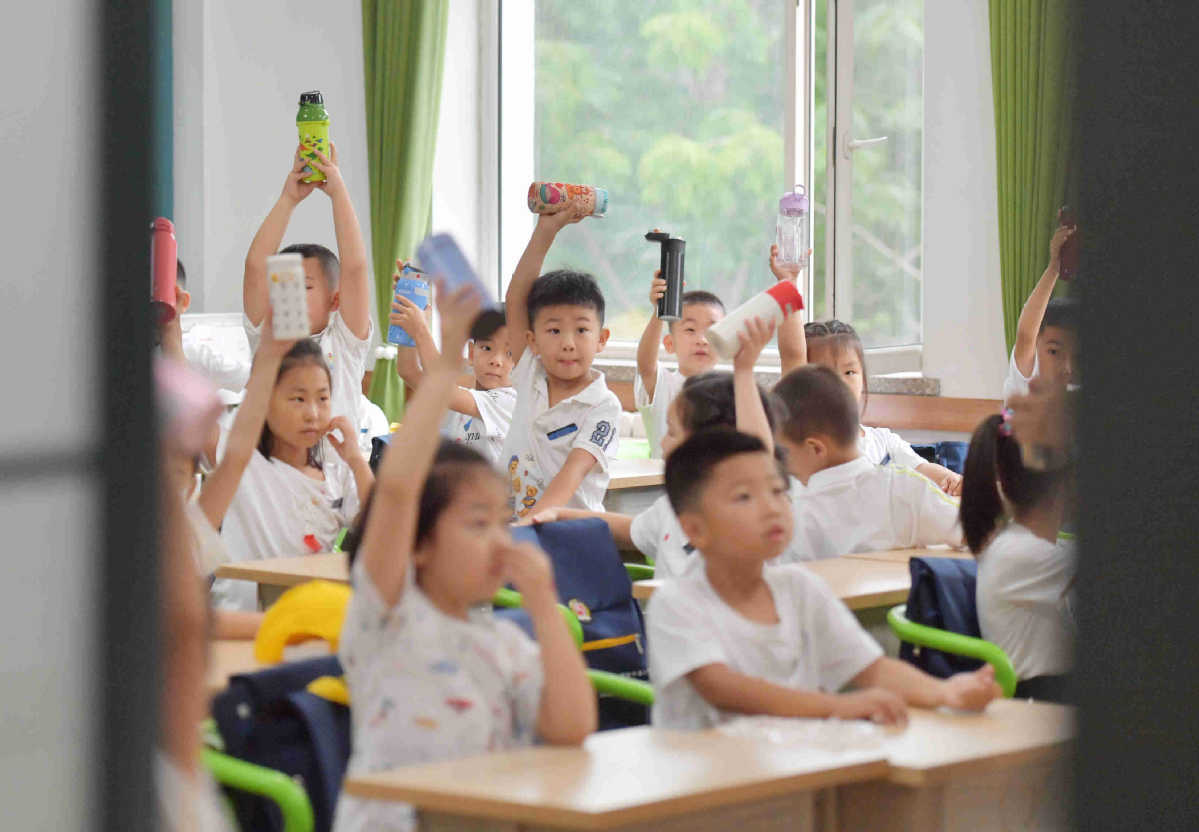 First-grade students begin classes at a primary school in Changchun, Jilin province, on Aug 23, the first day of a new semester for primary and middle school students in the city. (Photo: China Daily) 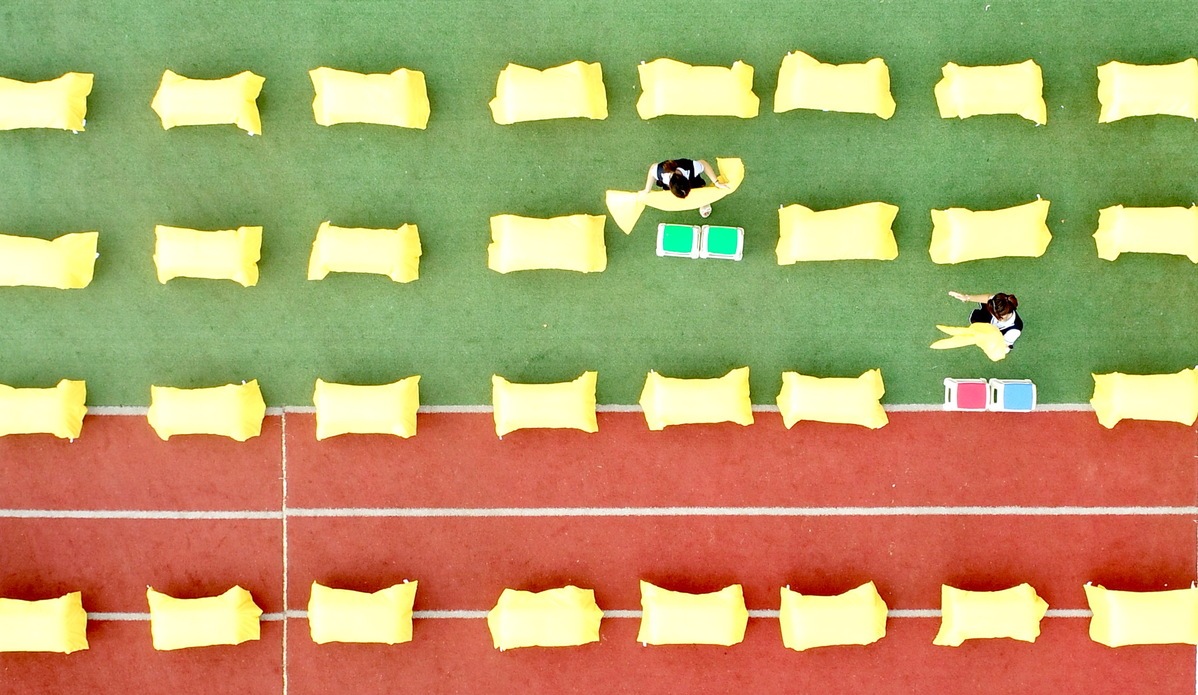 Teachers air quilts on desks and chairs in preparation for next month's start of the new semester at Yangpo kindergarten in Dazhuang, a town in Linyi, Shandong province, on Aug 24. (Photo: China Daily) 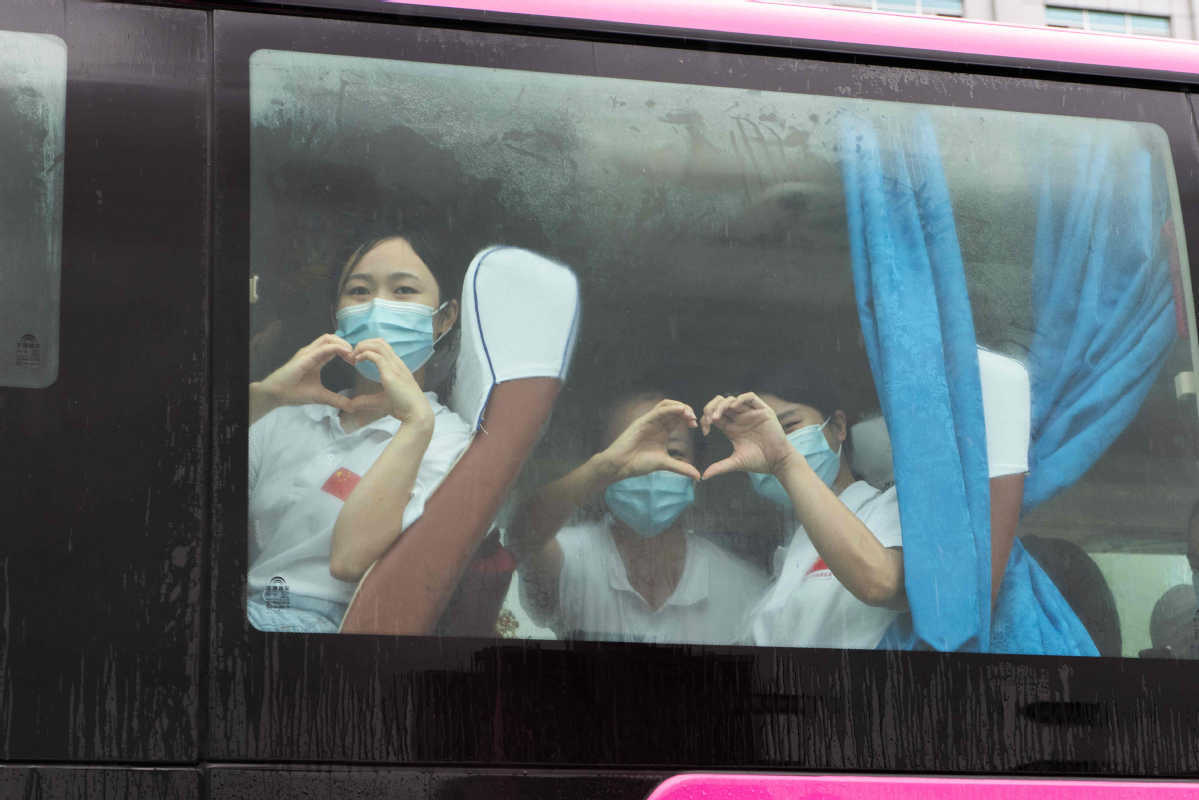 Medical workers from Xiangya Hospital of Central South University in Changsha, Hunan province, show gratitude to residents seeing them off in Zhangjiajie, another city in the province, on Aug 25. Medical teams that came from around the country to aid epidemic control work in Zhangjiajie headed home after all areas in the city were identified as low-risk for COVID-19 as of 8 am on Wednesday. (Photo: China Daily) 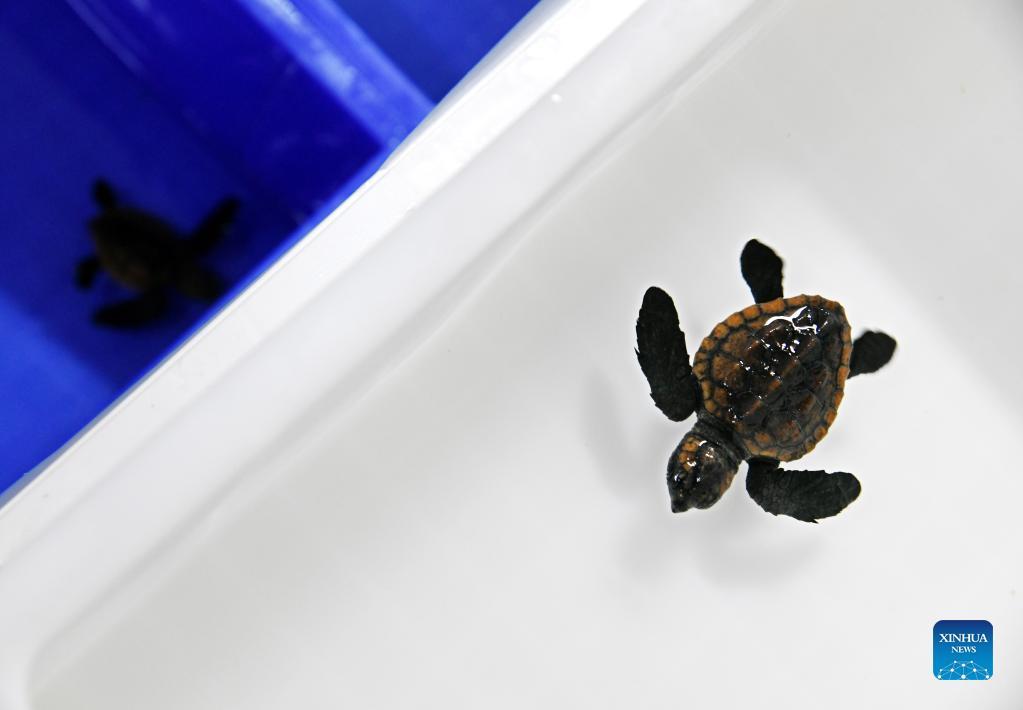