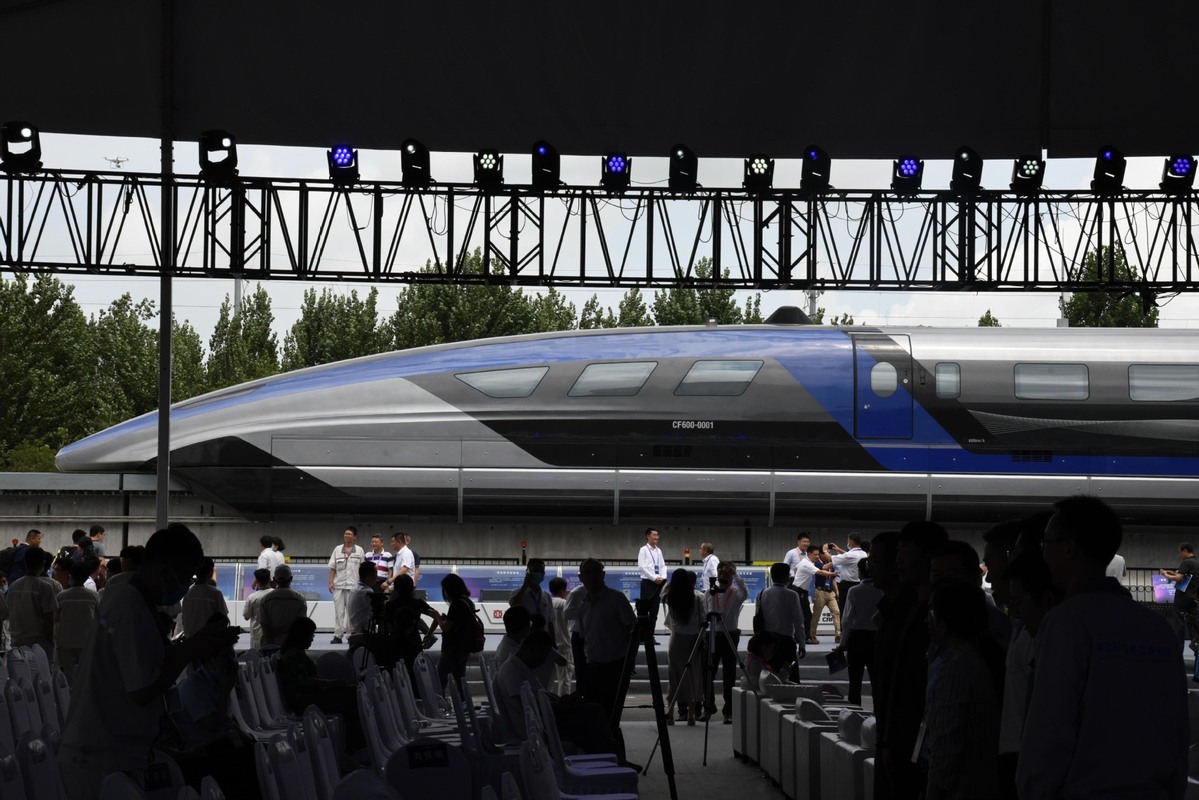 A new high-speed maglev train makes its public debut in Qingdao, Shandong province, on July 20, 2021. The train, developed in China, can reach a top speed of 600 kilometers per hour. The train unveiled on Tuesday was the first to roll off the production line. (Photo: Xinhua) 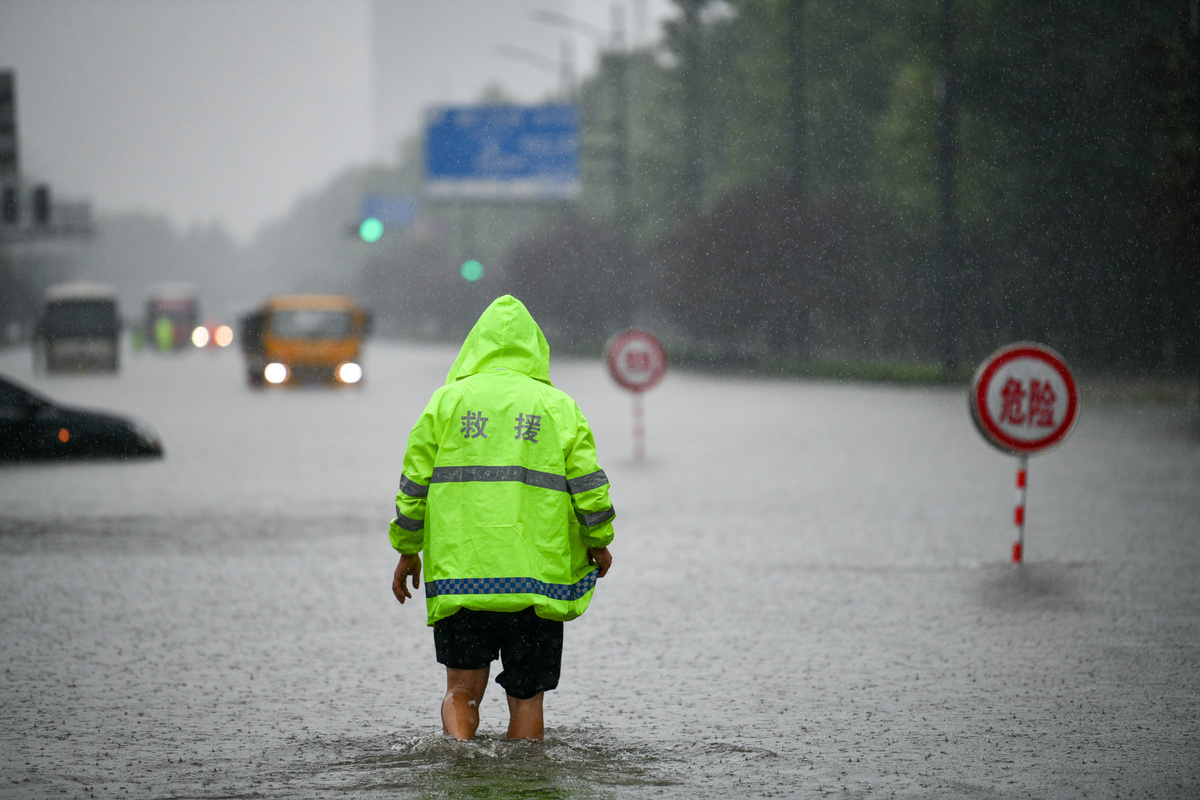 A rescuer trudges through water on a street in Zhengzhou, Central China's Henan province, on July 20, 2021. (Photo: IC) 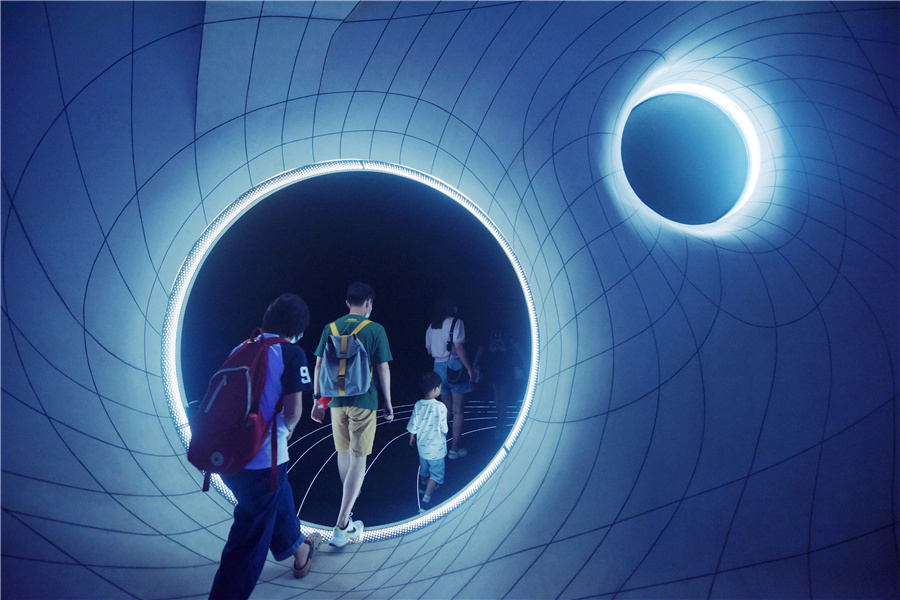 Visitors walk into a "black hole" at the newly unveiled Shanghai Astronomy Museum on July 18, 2021. The museum, the world's largest planetarium in terms of building scale, opened on July 17. (Photo: IC) 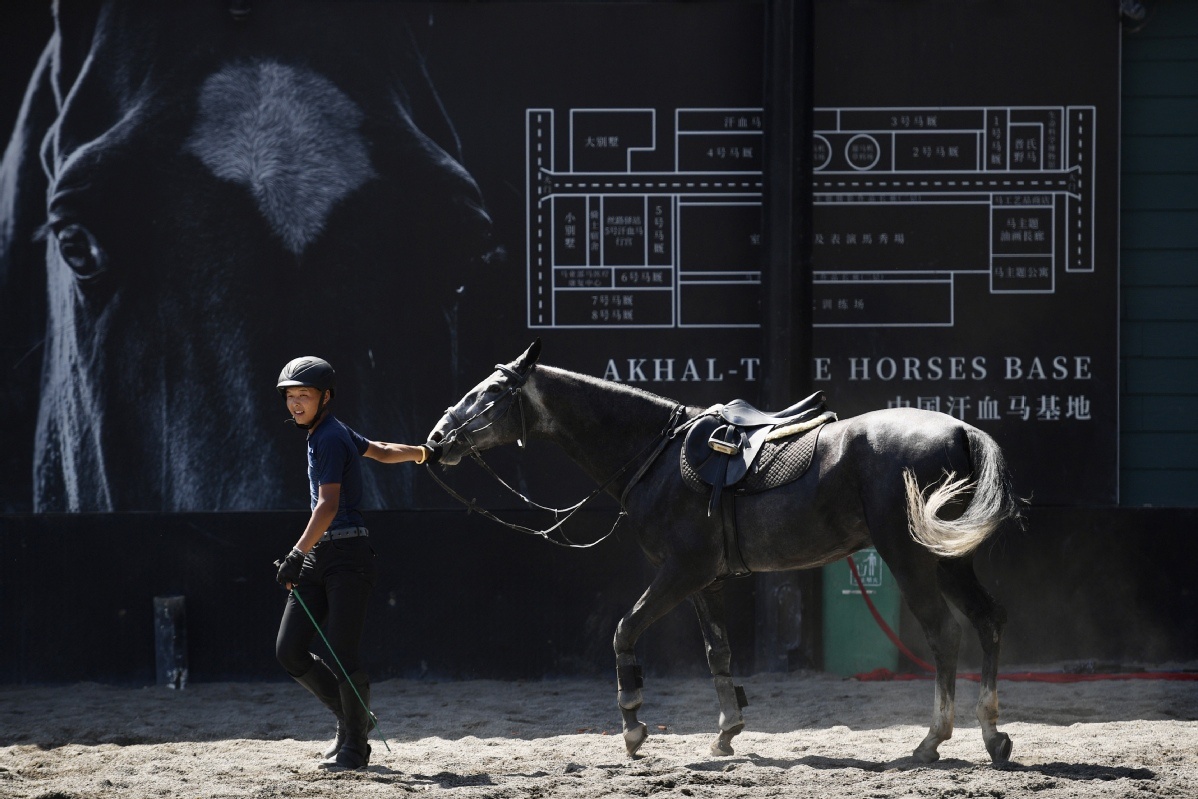 An equestrian worker walks an Akhal-Teke horse at the Xinjiang Ancient Ecological Park, China's largest exhibition base for the rare breed famed for their speed and endurance, in Northwest China's Xinjiang Uygur autonomous region, on July 16, 2021. (Photo: chinadaily.com.cn) 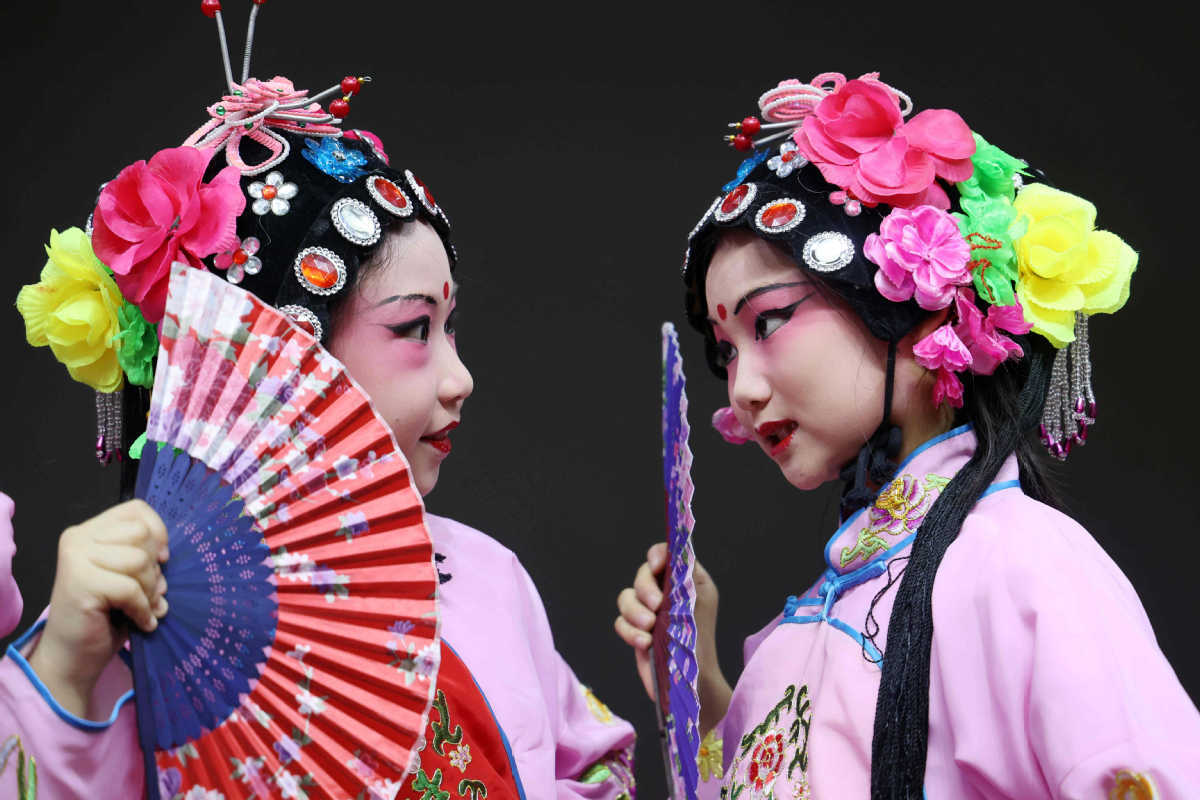 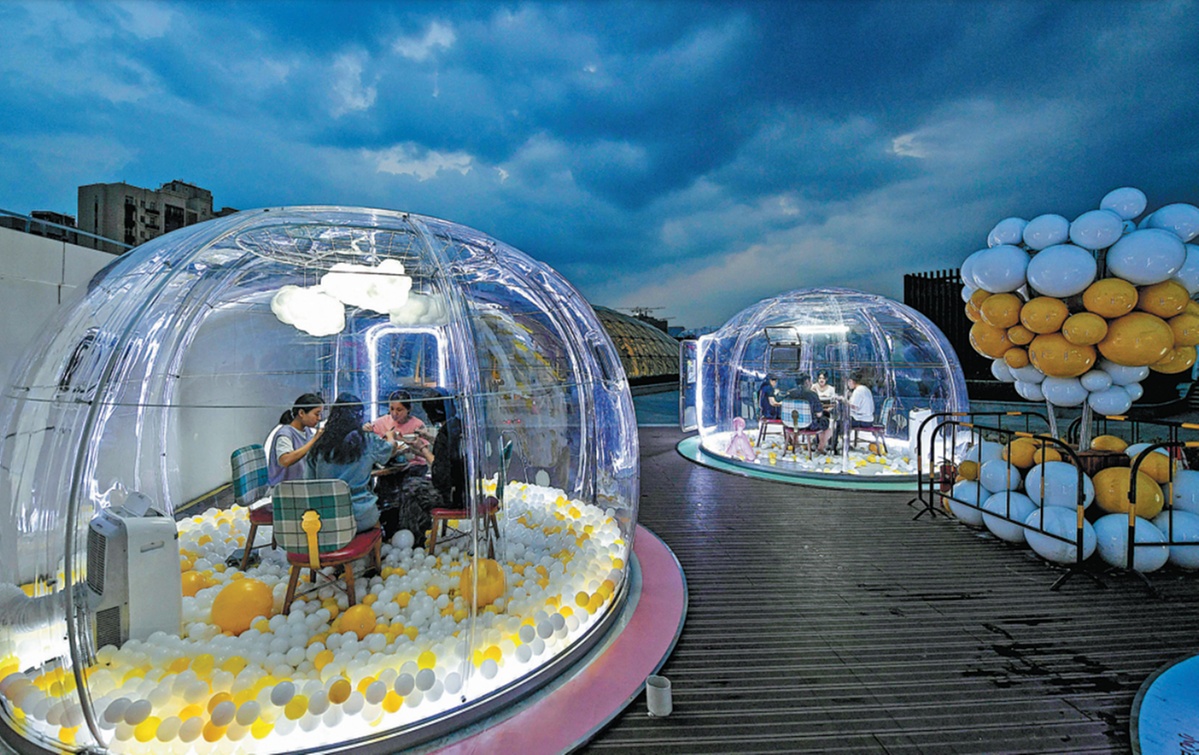 Diners enjoy their meals in bubble-shaped air-conditioned rooms on the roof of a shopping mall in Changsha, Hunan province, on July 19, 2021. The facilities have gained popularity among customers amid the summer heat. (Photo: China News Service)