PHOTOS The best and worst of the World Cup group stage

The best and worst of the World Cup group stage

A look at the highlights and lowlights of the World Cup group stage in Russia. 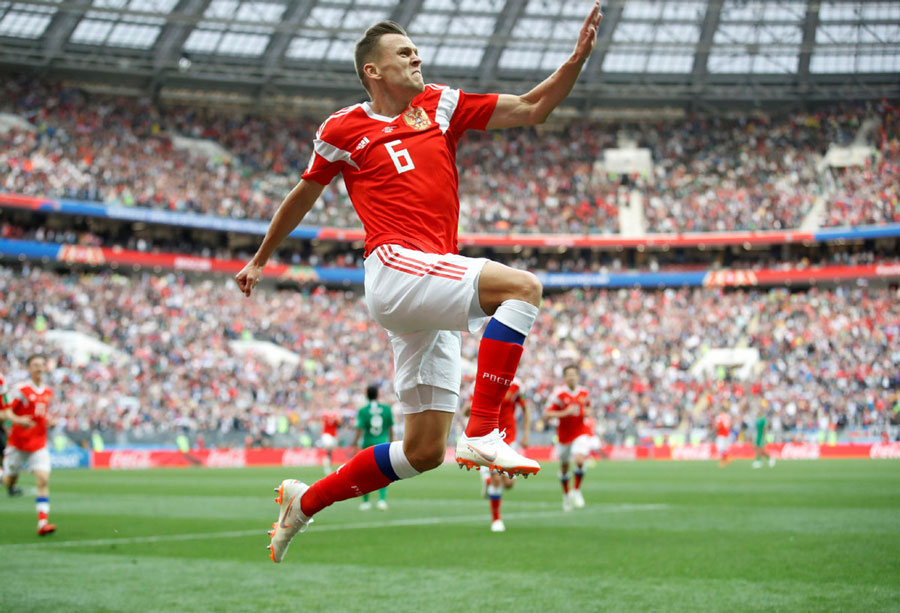 Russia winger Denis Cheryshev started the first match against Saudi Arabia on the bench but was introduced in the 24th minute after an injury to Alan Dzagoev. He made his presence felt almost immediately and struck two superbly taken goals as the hosts romped to a 5-0 victory in Moscow. The Villarreal player scored again in Russia's 3-1 win over Egypt. 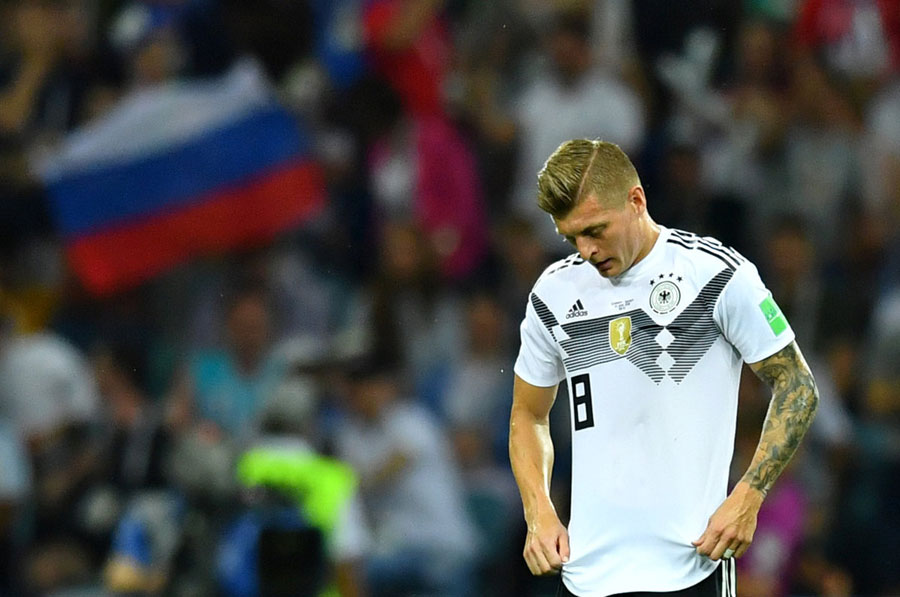 Germany continued the World Cup champions' curse by becoming the third successive holders to bow out in the group stage. Even in their only victory against Sweden - which came courtesy of a brilliant Toni Kroos free-kick routine - Joachim Loew's men looked a shadow of their former selves. Questions will be asked about the international future of several players while Loew has also said he will take time to consider his position. 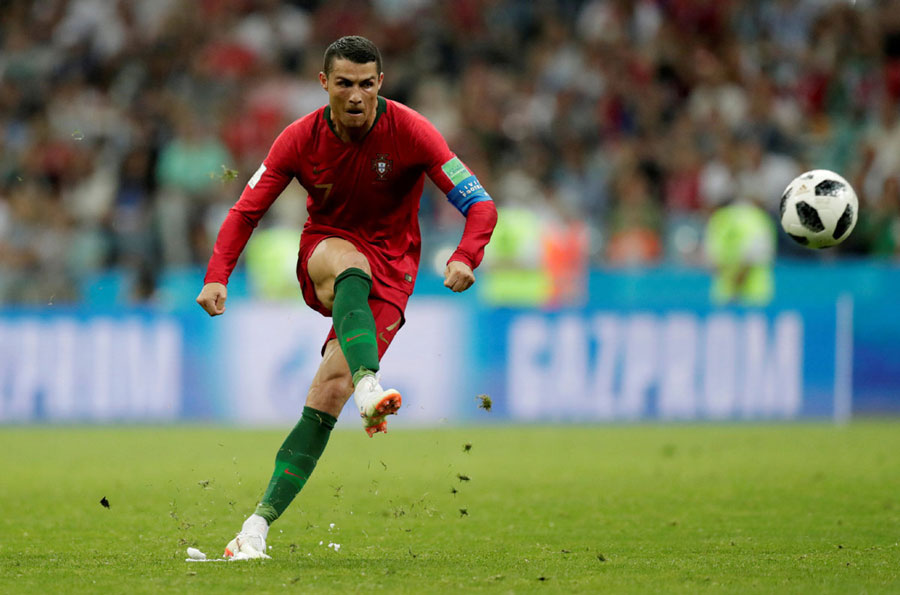 Portugal's Cristiano Ronaldo scores their third goal from a free kick to complete his hat-trick during the 2018 FIFA World Cup Russia Group B match between Portugal and Spain, at Fisht Stadium, on June 15, 2018. [Photo/Agencies]

Cristiano Ronaldo again showed his ability to deliver when it matters most by single-handedly keeping Portugal in the game in their opener against Spain. Ultimately his three goals - including a dipping late free-kick - were not enough to hand his team victory over the 2010 champions. 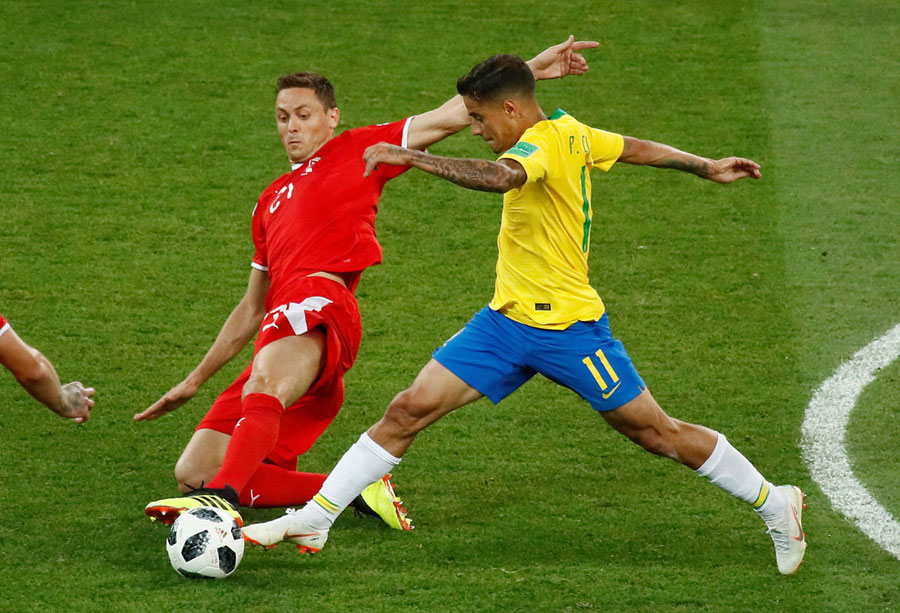 Brazil have failed to impress overall but one player to shine for the Selecao is Philippe Coutinho, the team's best player in each of their three matches to date. Deployed in a deeper midfield role, the 26-year-old has by some distance completed more passes than any other Brazil player (200). He has also scored two goals and provided a sublime assist for Paulinho in Brazil's 2-0 win over Serbia. 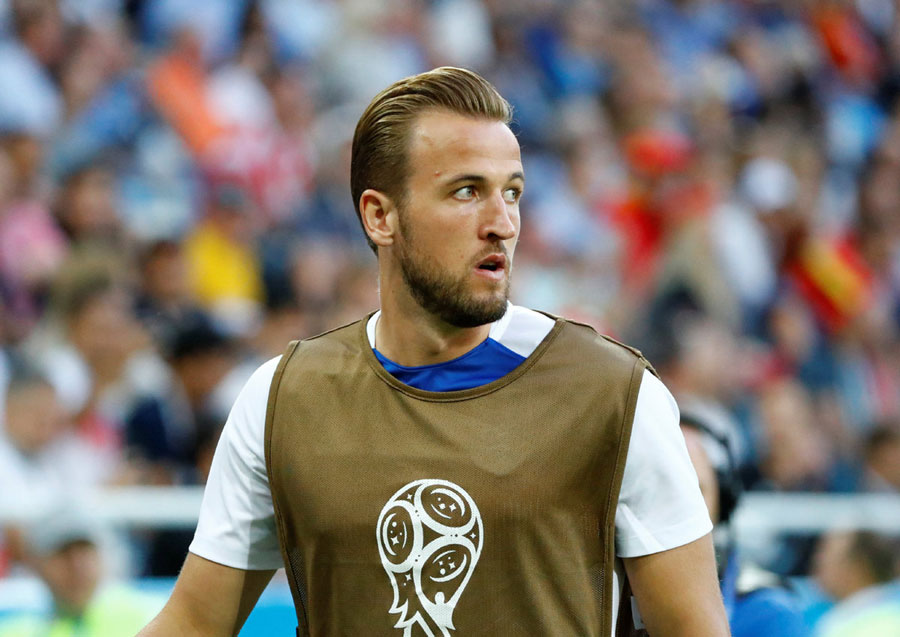 Harry Kane is the World Cup's top scorer so far with five goals despite being rested for England's last group match against Belgium on Thursday. The Tottenham striker is aiming to become his country's first Golden Boot winner since Gary Lineker in 1986. 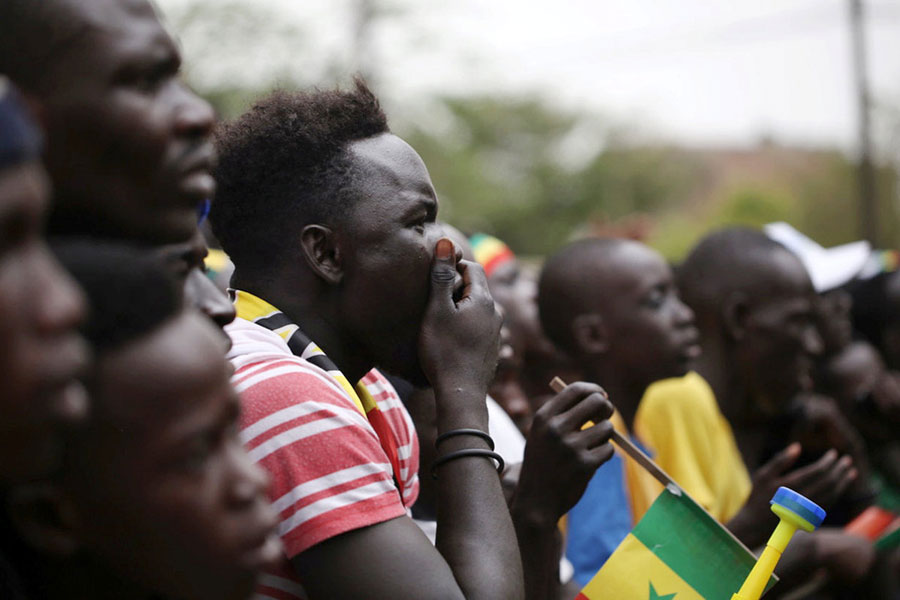 Fans react after the match during the 2018 FIFA World Cup Russia Group H match between Senegal and Colombia, June 28, 2018. [Photo/Agencies]

Senegal can consider themselves desperately unfortunate not to advance to the round of 16. The African team defeated Poland in their opening match and looked the better side for long periods in a 2-2 draw with Japan. They paid the price for not capitalizing on their early dominance against Colombia on Thursday, losing 1-0. Despite finishing level with Japan on points, goals for and goals conceded, the Lions of Teranga were eliminated for having picked up more yellow cards. 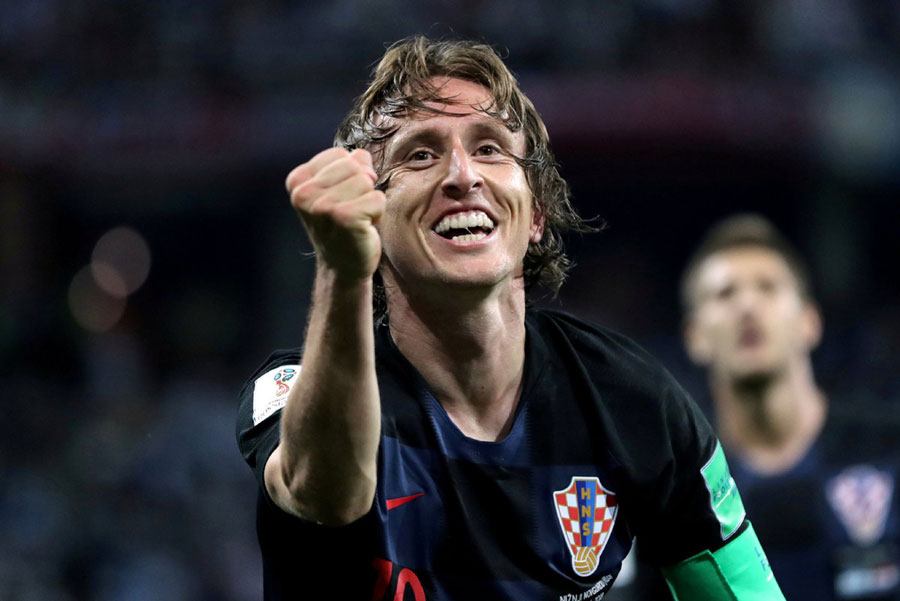 Yes, Argentina's defence has at times been dire in this tournament, but that should take nothing away from Luka Modric's spectacular goal for Croatia against the Albiceleste in Nizhny Novgorod. The Real Madrid midfielder dummied onto his left side before daintily shifting back to the right and curling a 30-yard strike into the top right corner, all but securing his team a place in the next stage. 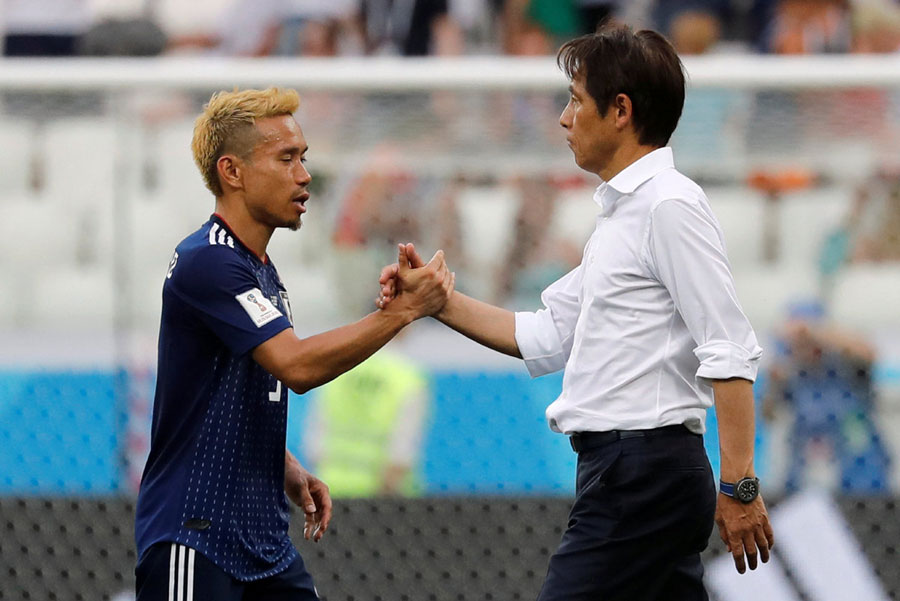 The tactics used by Japan in the closing minutes against Poland were questionable to say the least. Japanese coach Akira Nishino admitted his team wasted time to guarantee a berth in the knockout stage. Ironically, Japan advanced by virtue of FIFA's fair play rule, which rewards teams that have received fewer yellow cards.

Spain and Portugal sent the World Cup off to a thrilling start with their 3-3 draw on the second day of the tournament in Sochi. Spain came from behind to take the lead via Nacho's superb long-range effort before Ronaldo's dramatic free-kick squared the ledger two minutes from time.