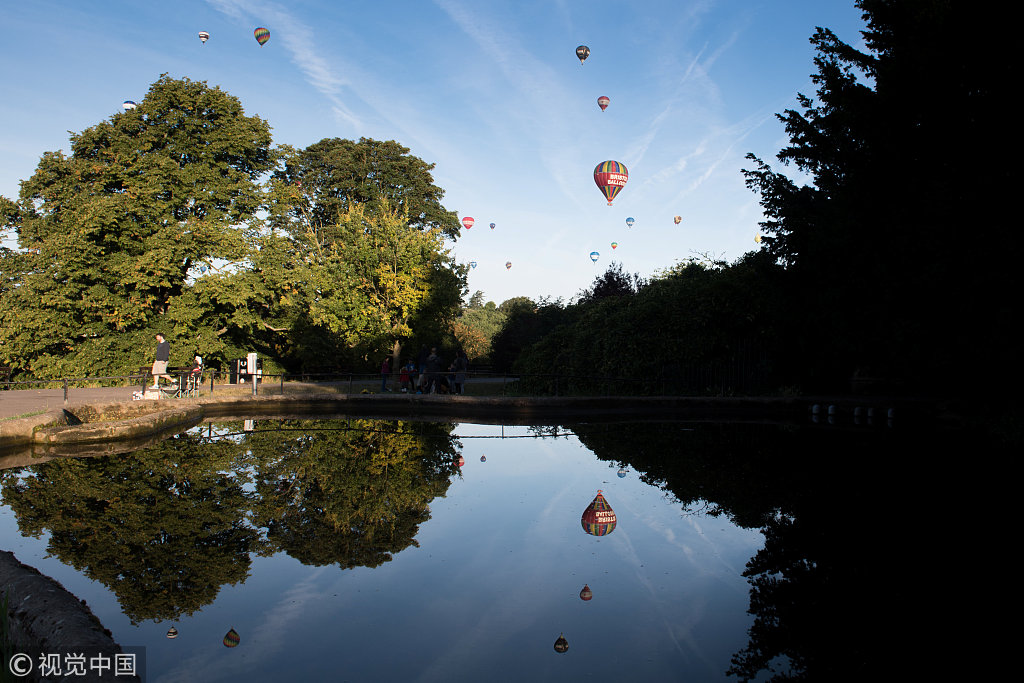 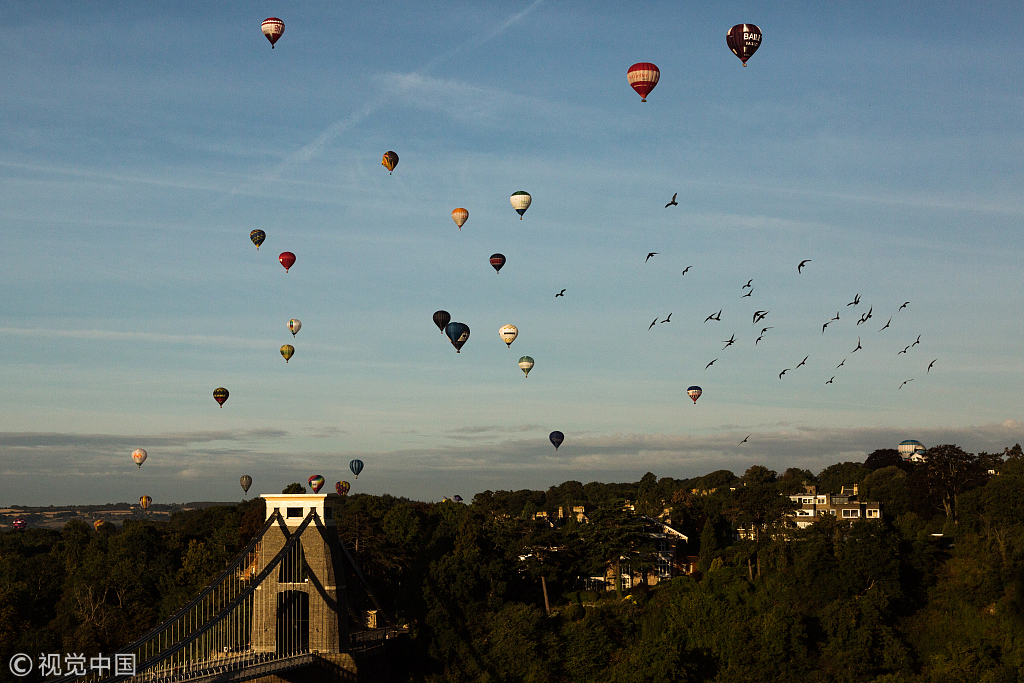 The International Balloon Fiesta attracted over 130 hot air balloons from across the world. Photo: VCG 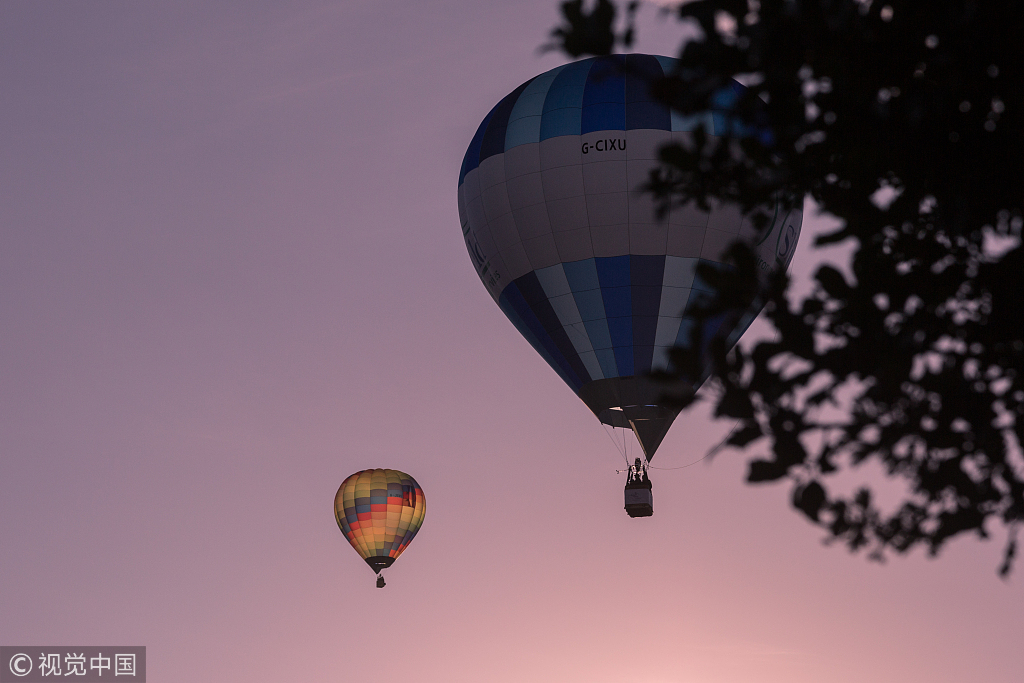 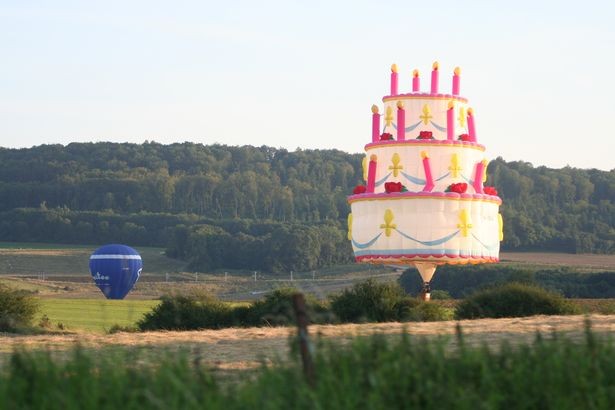 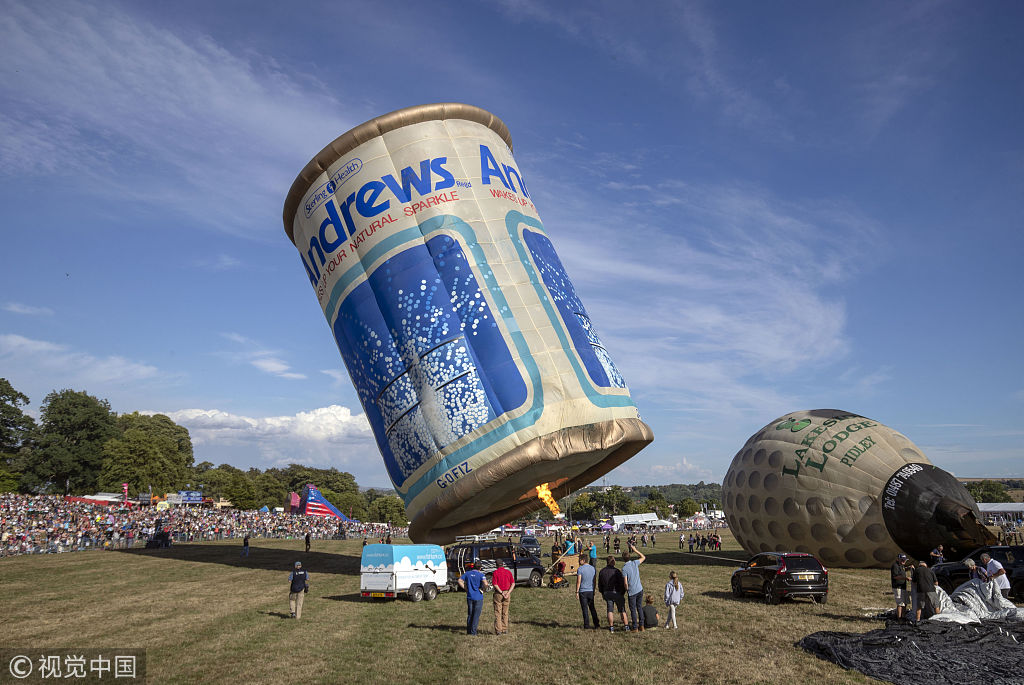 There were also other special shaped hot air balloons which lit up the sky. Photo: VCG 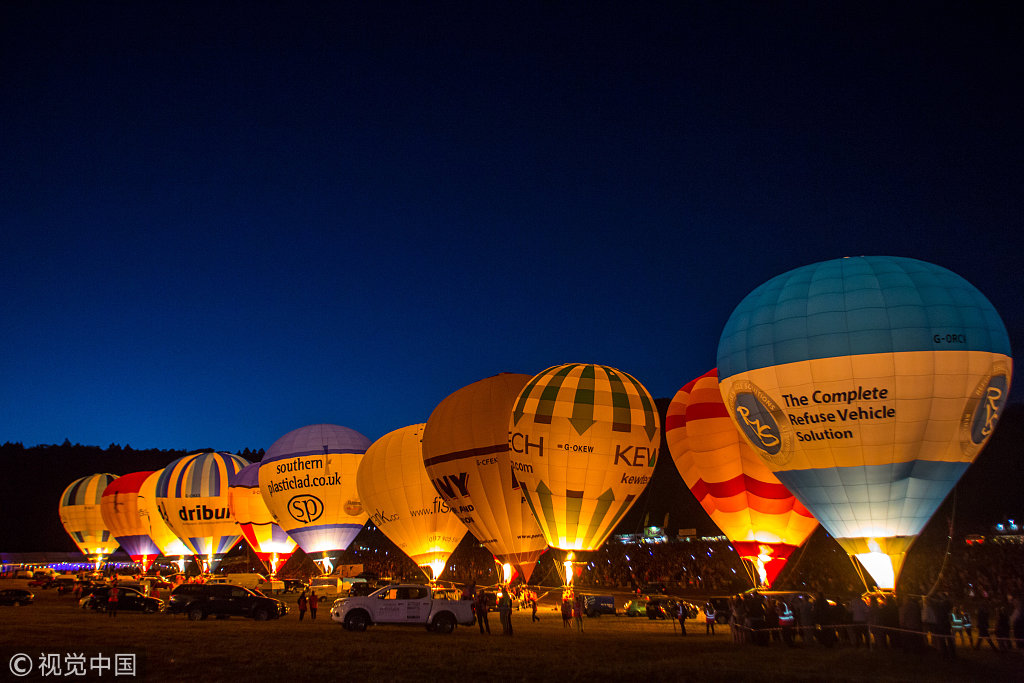 Crowds gathered to enjoy the “night glow,” in which air balloons were lighten up and released to the sky. Other entertainment included fairground rides and trade stands. Photo: VCG 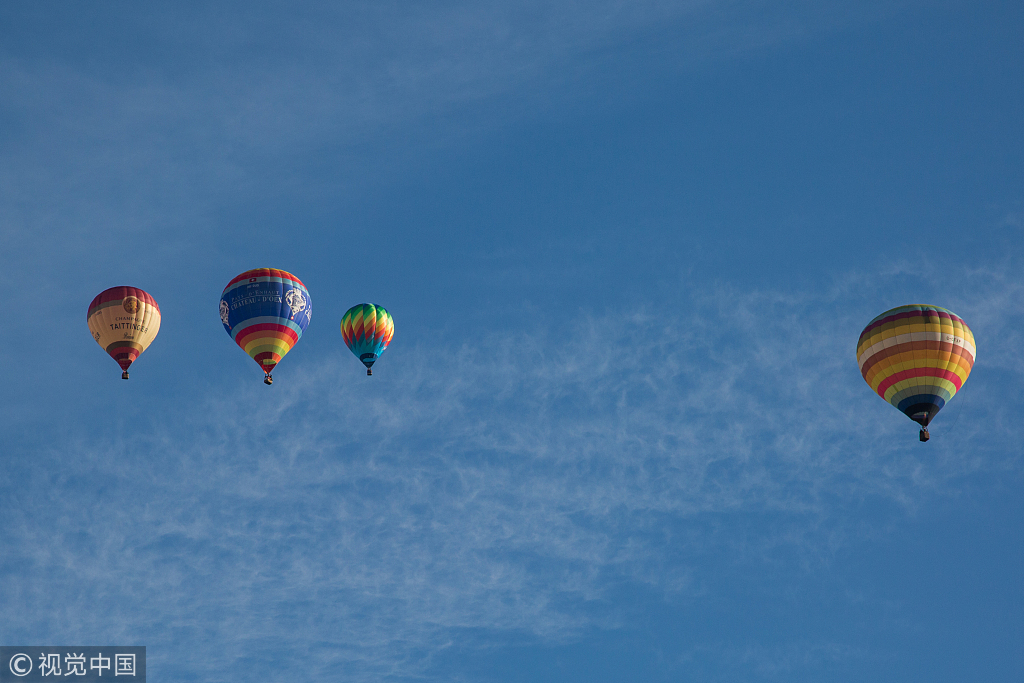 Hundreds of thousands of visitors came from around the world to enjoy the spectacular scenes of balloons high up in the sky. Photo: VCG