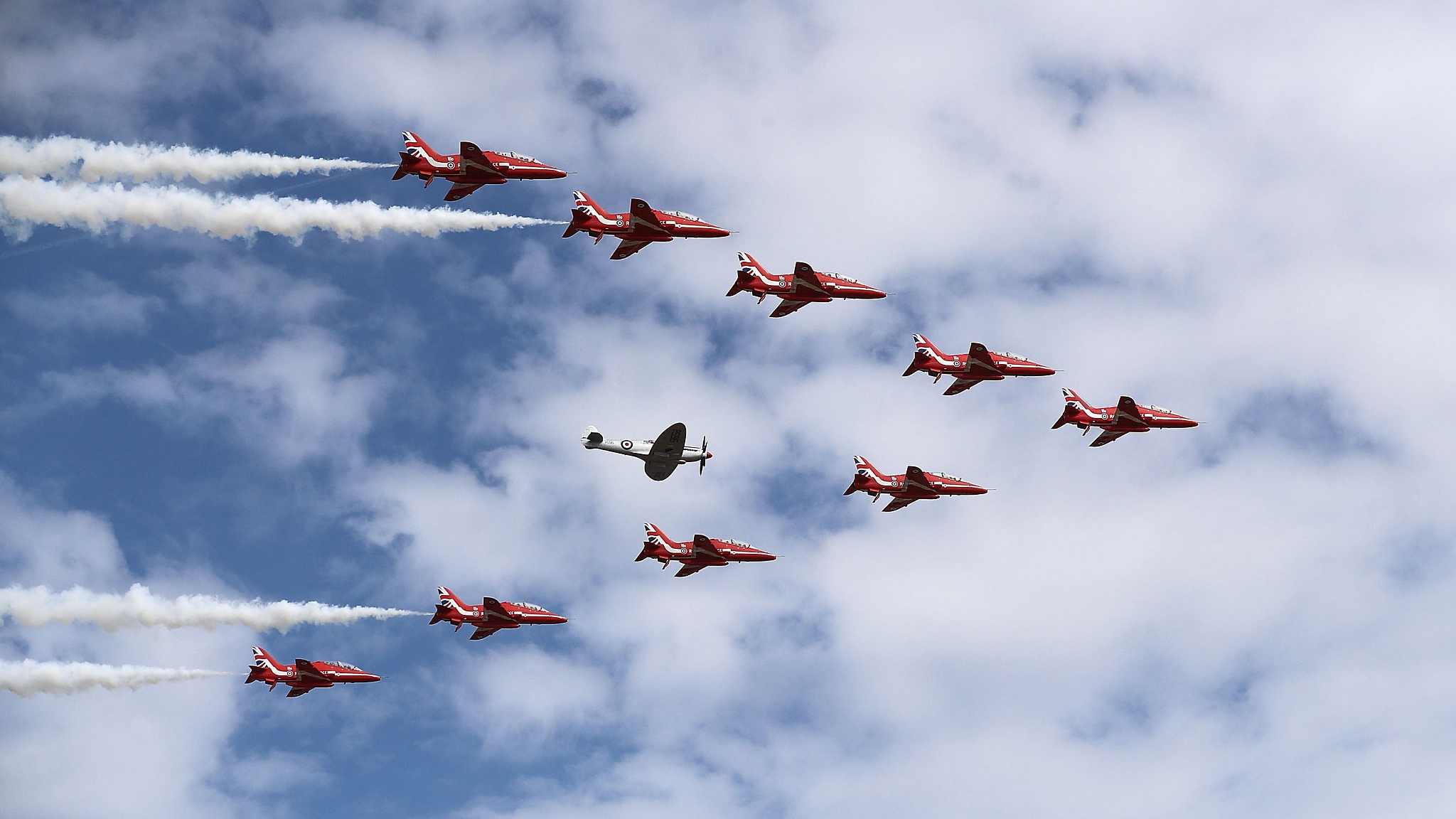 The Red Arrow, the Royal Air Force Aerobatic Team, flew in formation at the opening ceremony of the 2018 Farnborough Airshow, the biggest event in the calendar for the aerospace industry that kicked off in Farnborough, Hampshire, UK on Monday. / VCG Photo 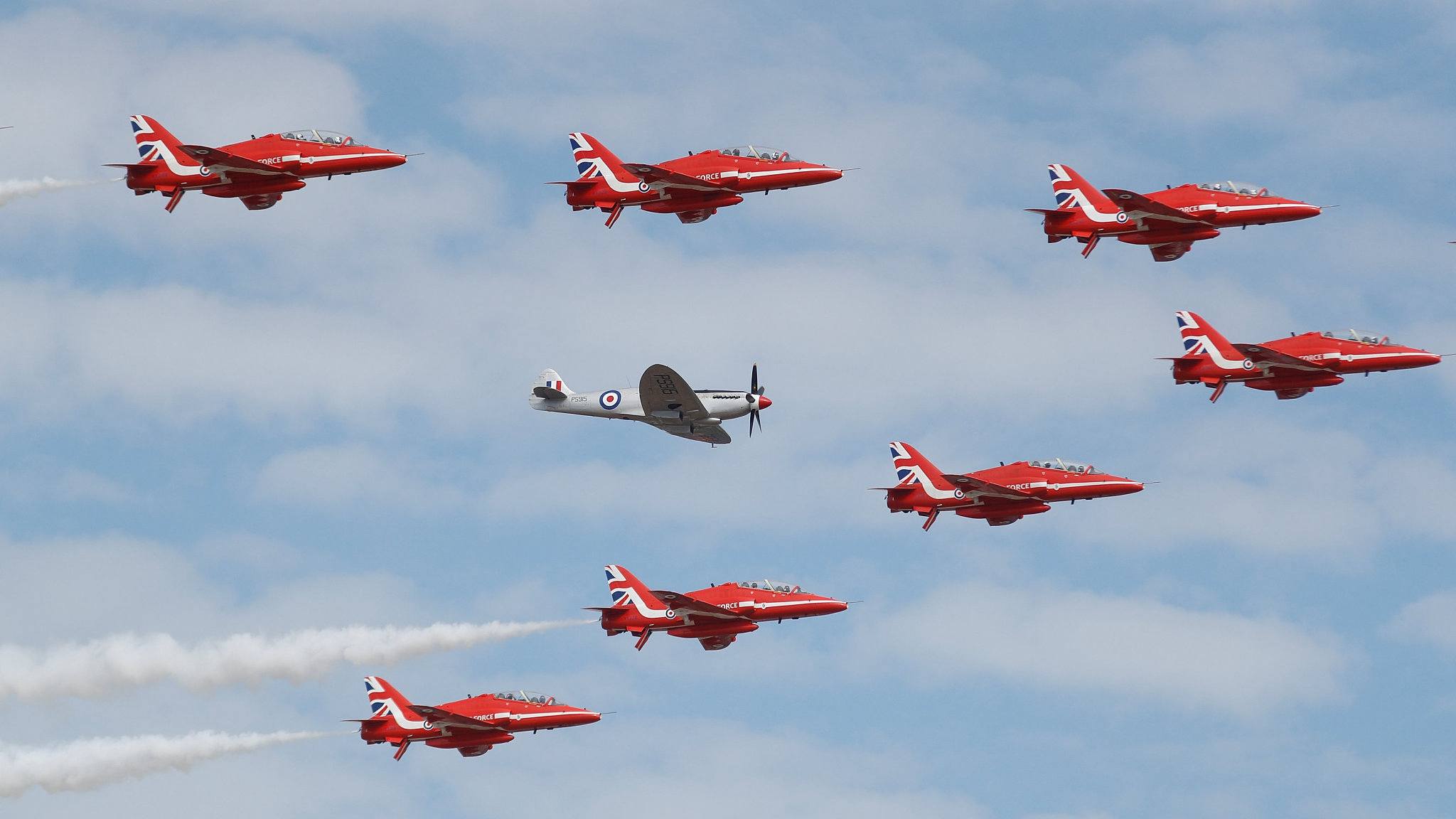 More than 1,500 exhibitors from the aerospace industry will showcase their cutting-edge innovations at the week-long event, bringing billion-dollar trade deals and new aircrafts announcements. /VCG Photo 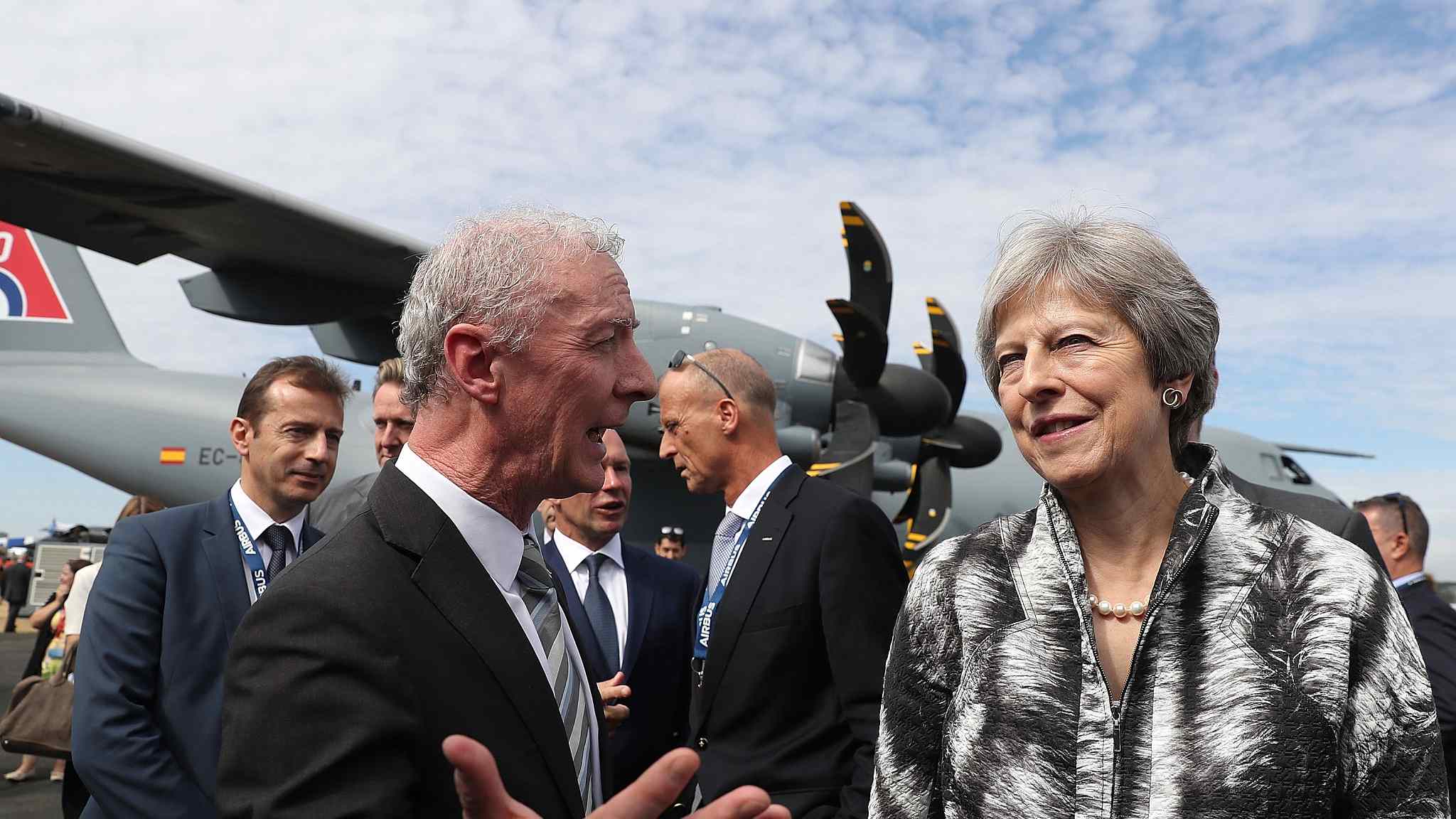 UK Prime Minister Theresa May attended the opening of the show and gave a speech pledging 300 million pounds for a variety of research projects for the aerospace industry. /VCG Photo 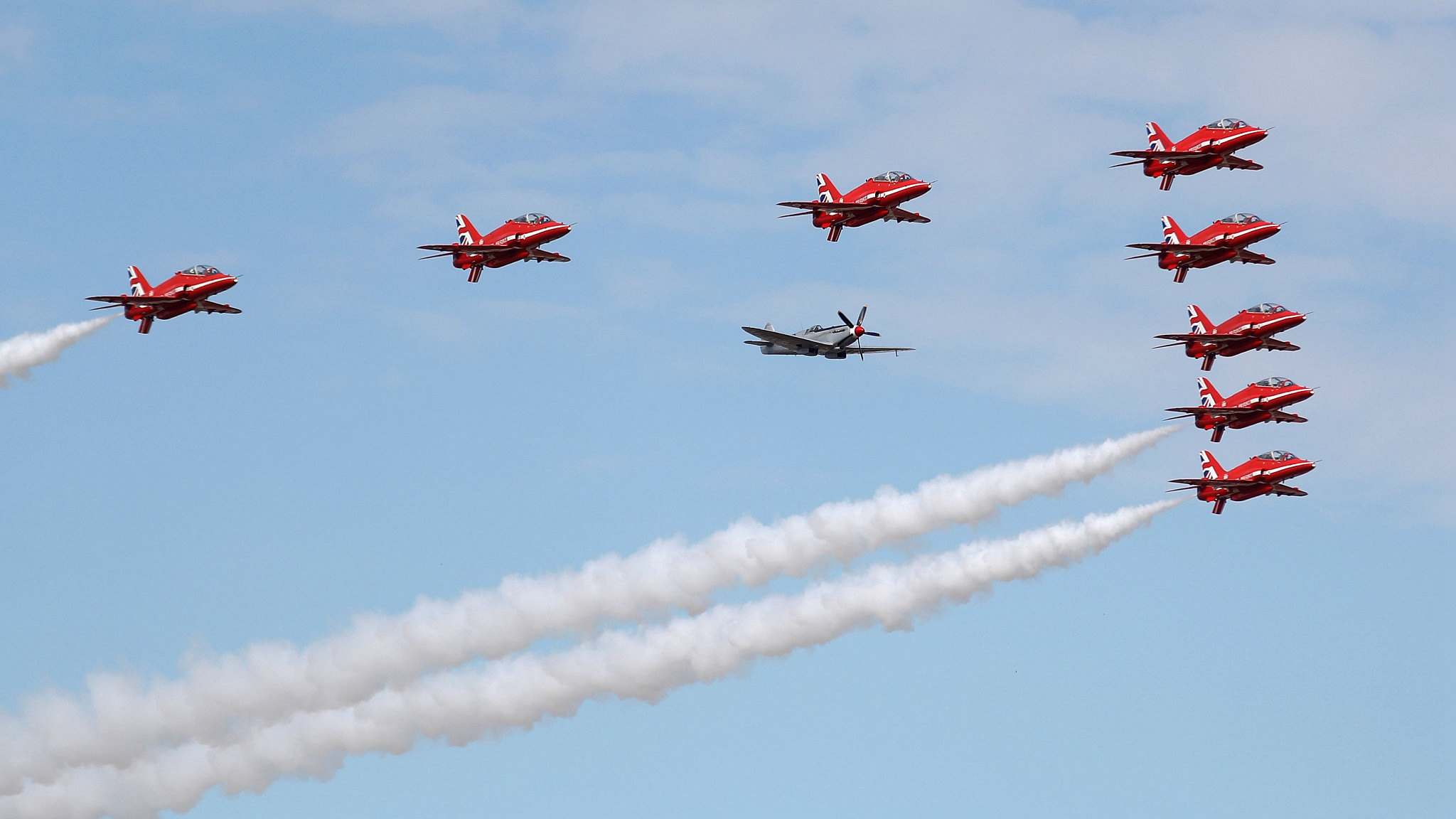 Last year, deals worth 124 billion US dollars were signed during the event. After a five-day trade event, the airshow will open to the public on Saturday and Sunday. /VCG Photo