Theater feast pays tribute to the unsung heroes in Wuhan 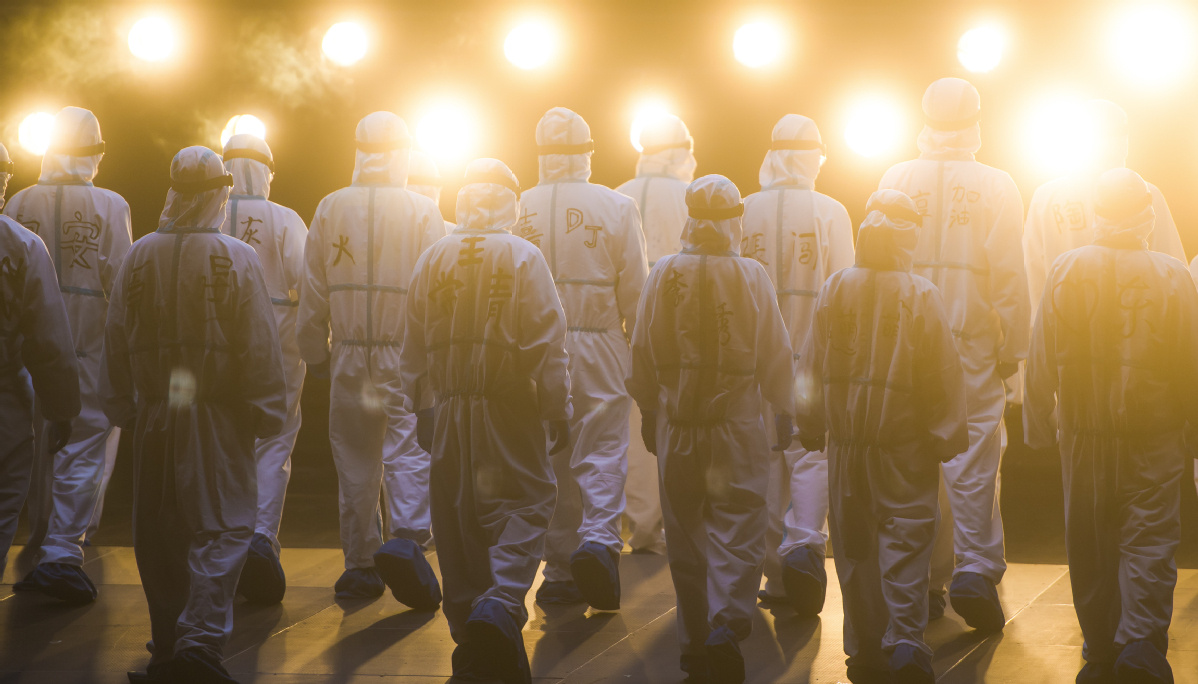 The actors perform in the drama Retrograde. It is estimated that about 540,000 medical personnel from Hubei province took the lead in fighting the epidemic. (Photos: Xinhua) 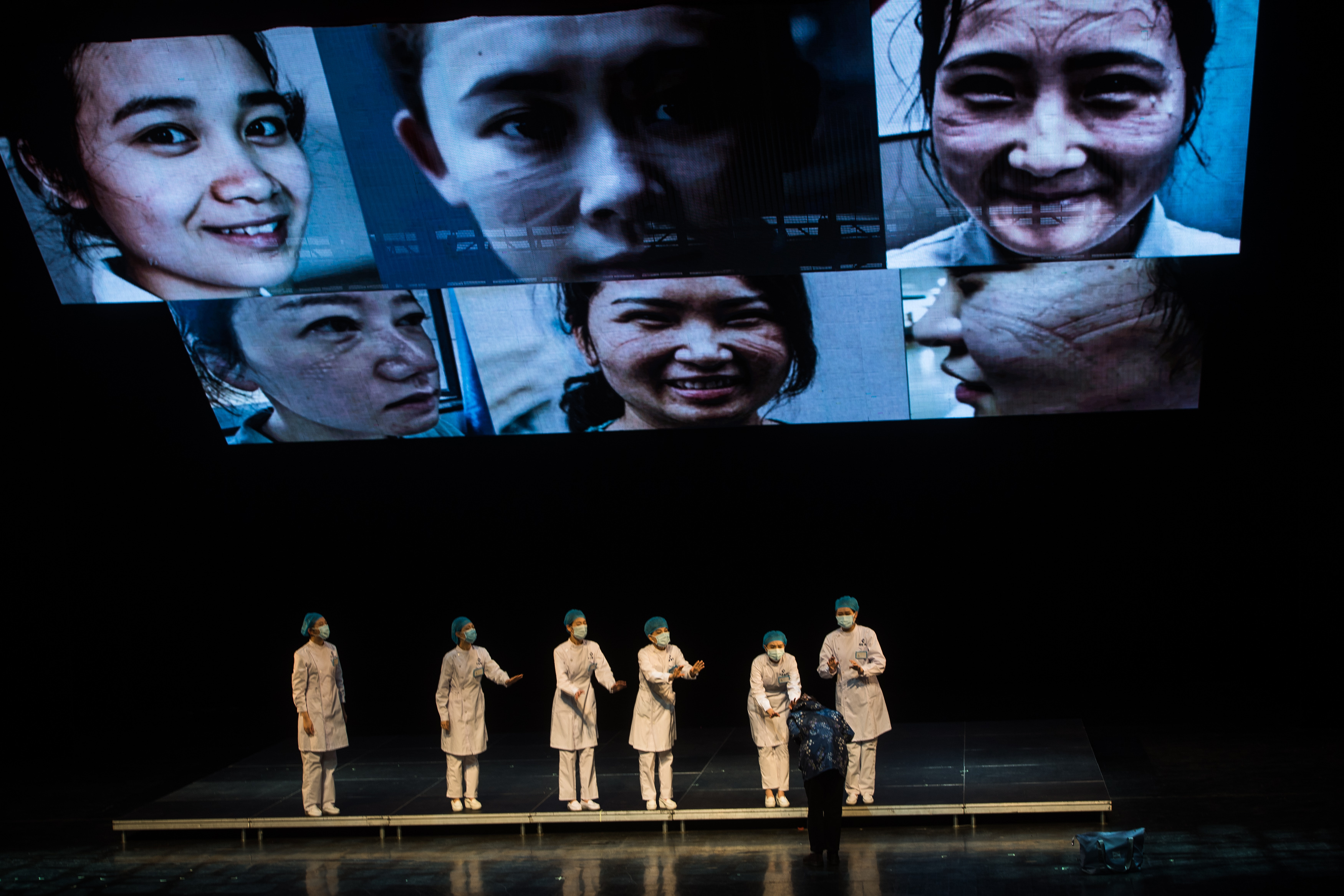 The faces of many medical staff chafe with bruises for constantly wearing protective gears. 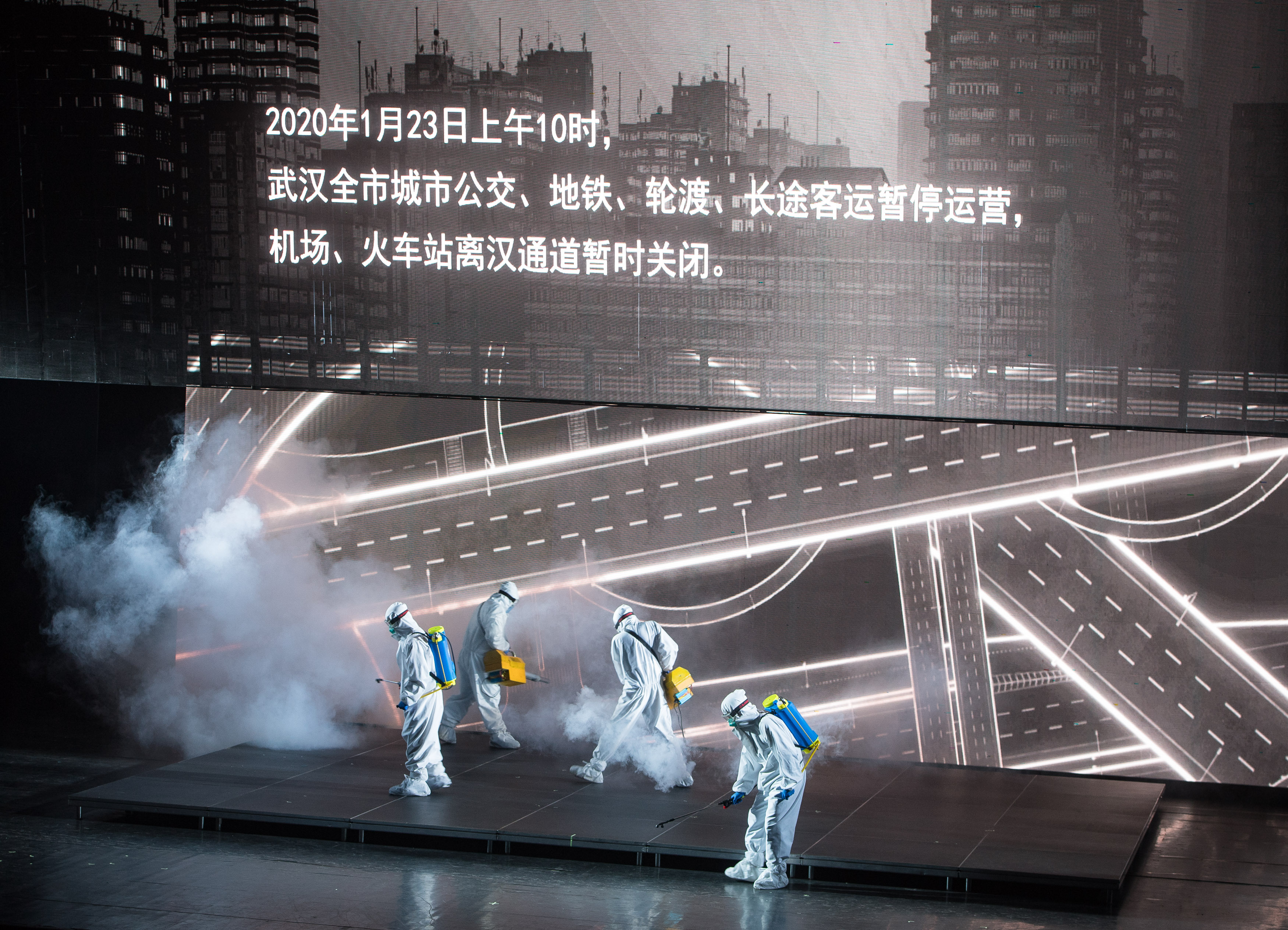 The actors disinfect the ground, and the background screen shows the empty city traffic during Wuhan's lockdown. 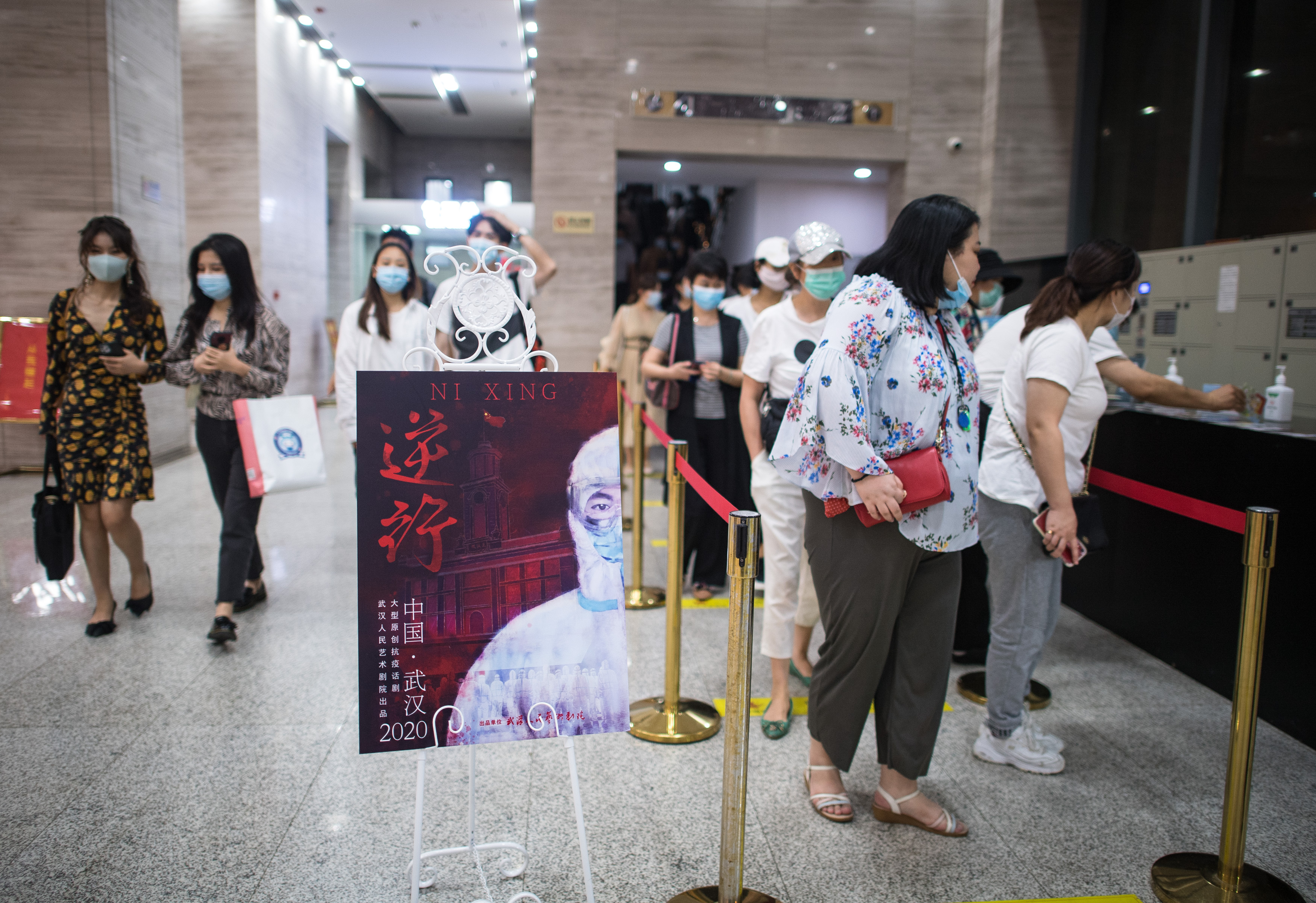 The drama is met with warm reception from the audience. 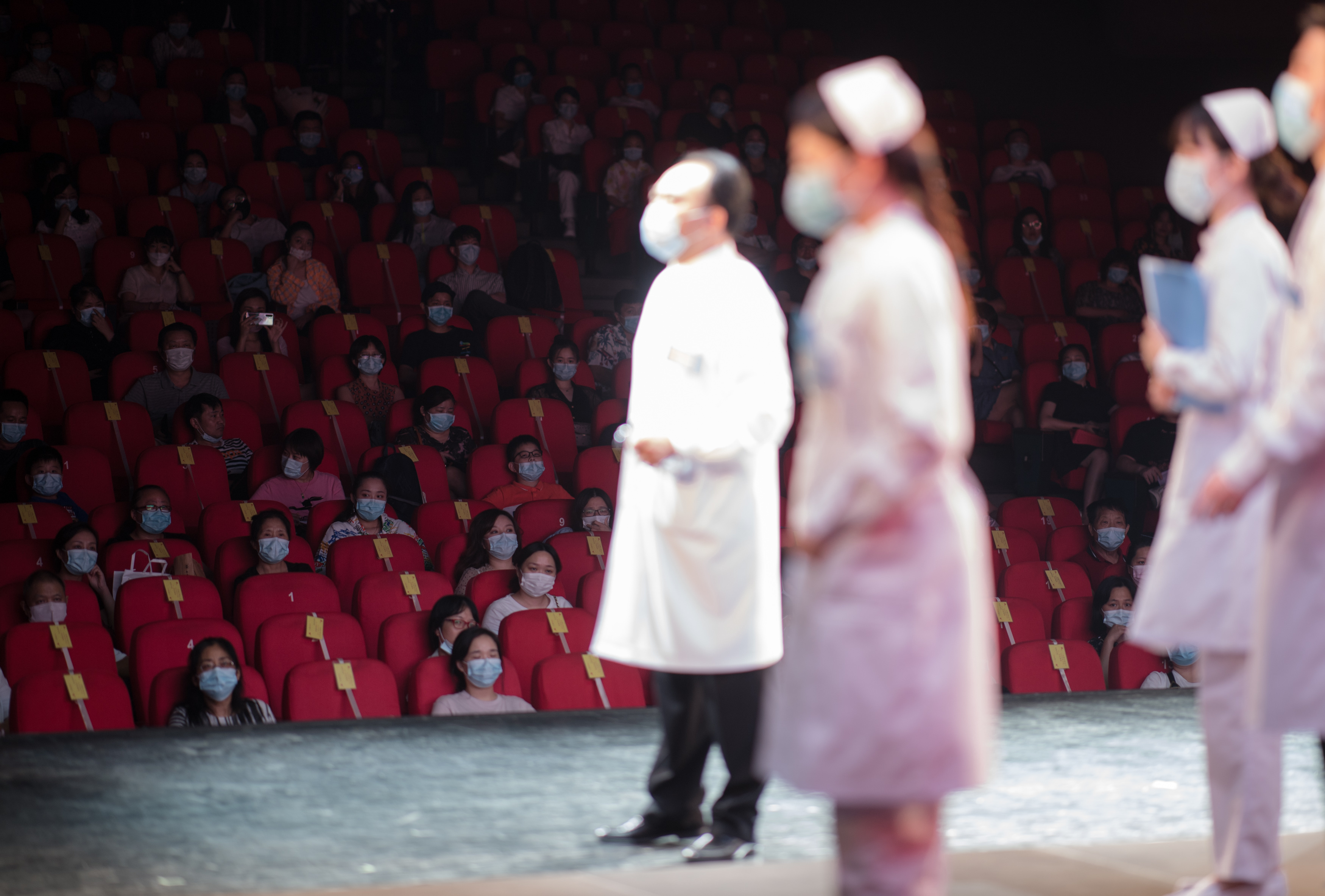 When the actors shout "Come on Wuhan", many audiences burst into tears. 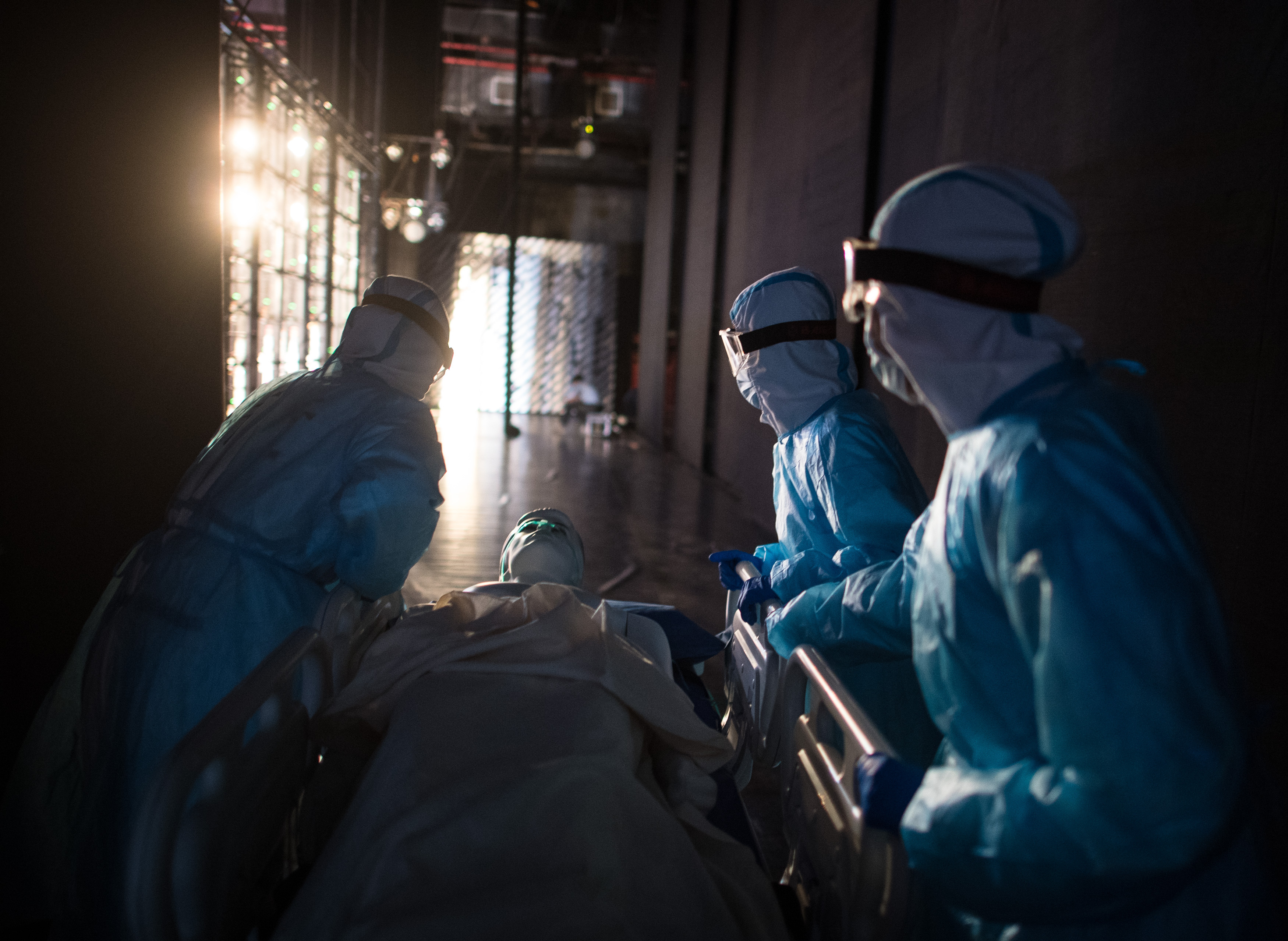 The actors in the drama Retrograde prepare to come on stage. 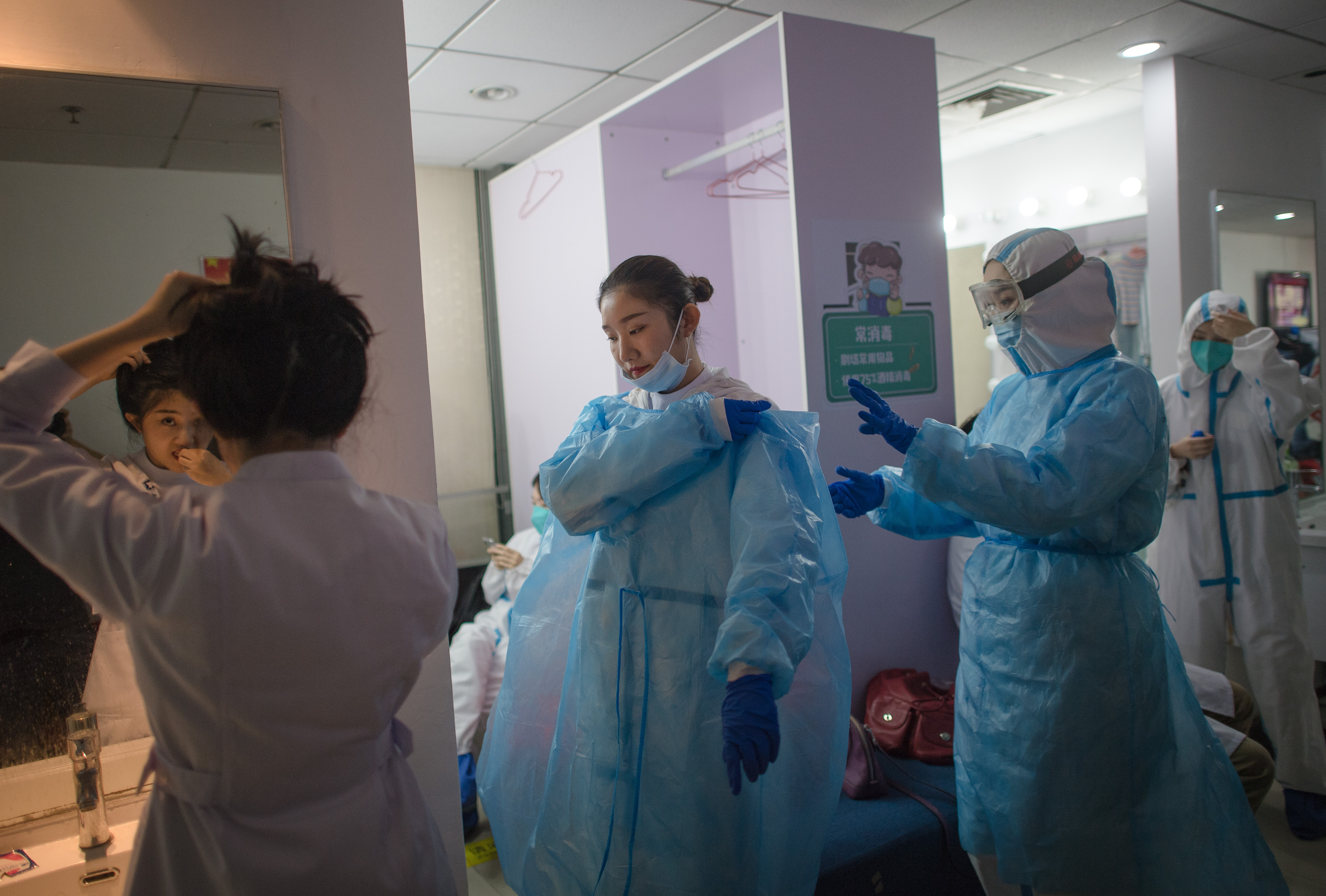 The actors change their costumes in the dressing room.