Thousands gather for Women's March to calls for women's equality 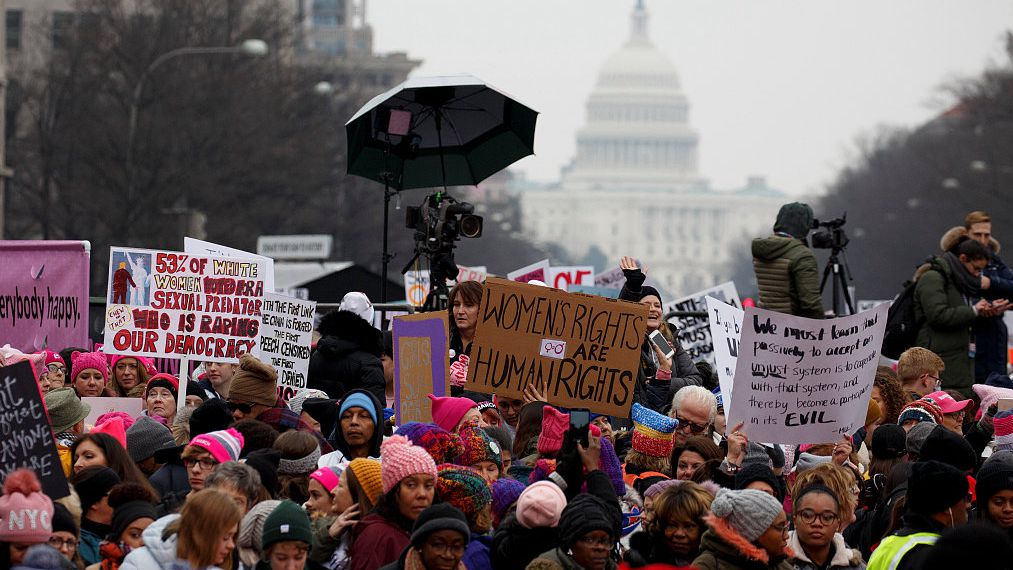 Protesters hold the posters as they participate in the Third Annual Women's March at Freedom Plaza on January 19, 2019, in Washington DC, U.S. /VCG Photo

Thousands of women worldwide gathered together to join the campaign for women's rights. They ask the awareness to violence against women and demand action. /VCG Photo 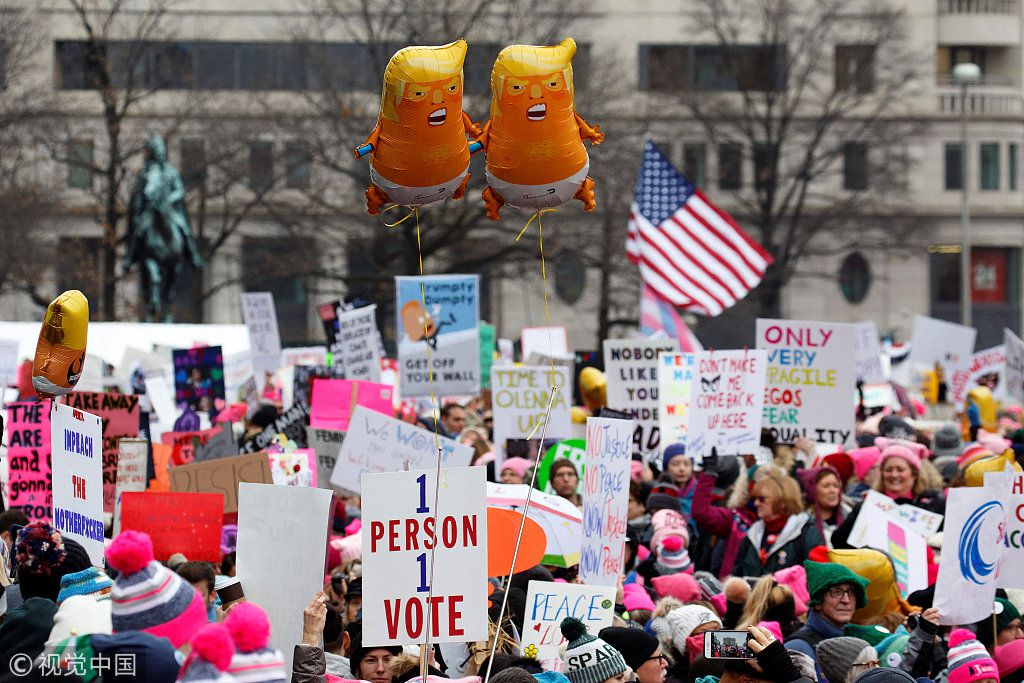 Amid the protesters, posters as well as balloons shaped of U.S. president Trump are seen. /VCG Photo 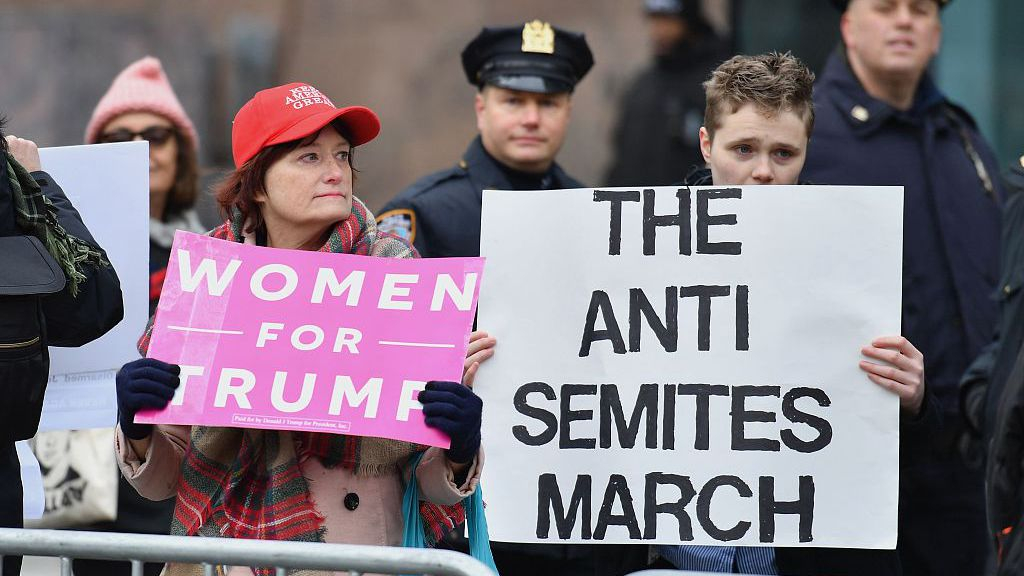 Not only women but men and children take part in this procession by carrying signs to show their support to women's rights. /VCG Photo