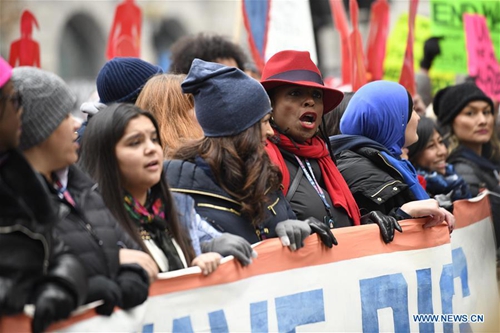 Protesters gather near the freedom plaza in Washington DC, the United States, Jan. 19, 2019. Thousands of women gathered in Washington D.C. on Saturday for the third Women's March, supporting women's rights while denouncing racism and violence against women. (Photos: Xinhua) 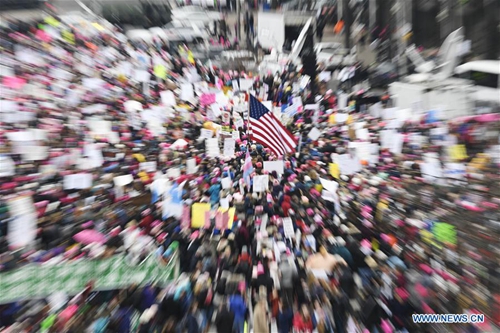 In a cold, windy weather, demonstrators from across the country, of different ages, converged on the capital's Freedom Plaza, as they prepared to march past nearby blocks. 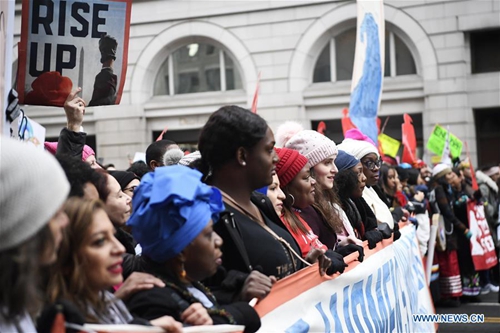 The Women's March organizers said almost 300 "sister marches" would take place around the United States, with dozens scheduled around the rest of the world. 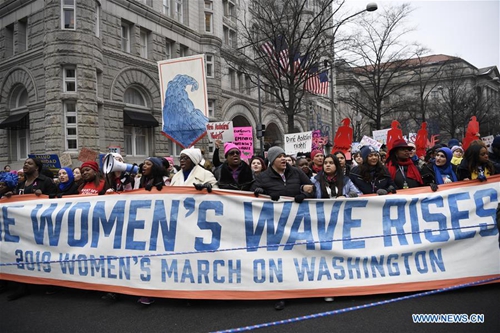 While the Women's March in 2017, the first of its kind, drew 3.3 million to 5.2 million nationwide, and hundreds of thousands rallied in 2018, DC police said they expected perhaps 20,000 demonstrators this year. 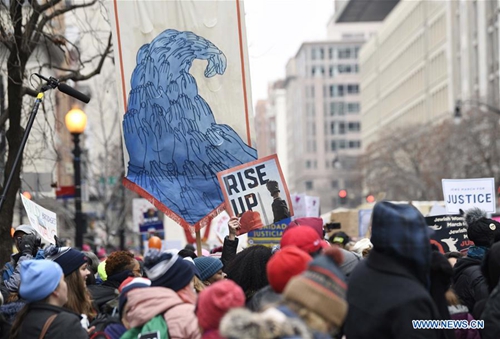 The march also came amid a record-breaking partially government shutdown, entering into its 29th day on Saturday.