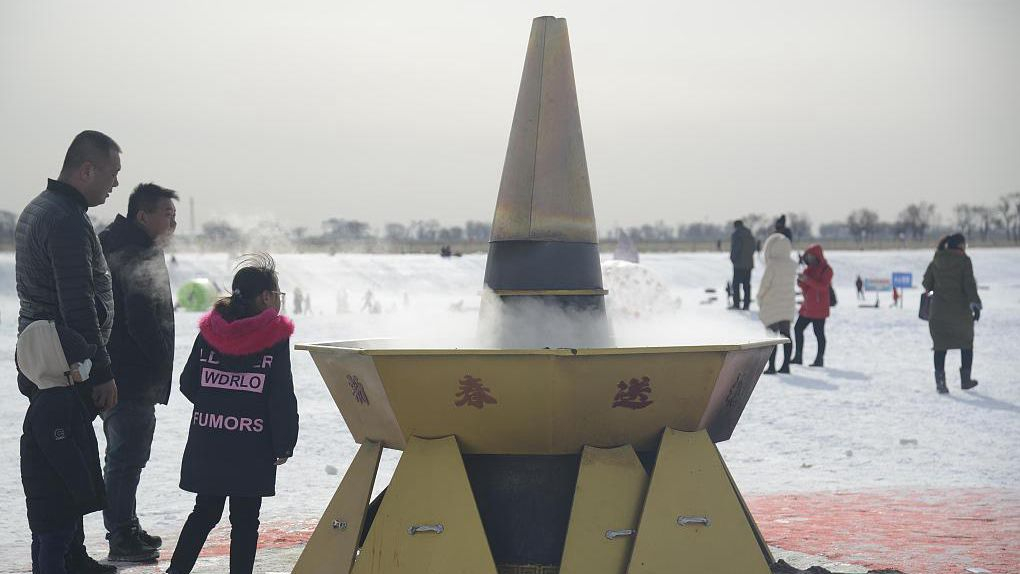 The organizer prepared a hot pot about three meters high and two meters in diameter. It’s in the shape of a traditional hot pot. VCG Photo

It offered over one thousand visitors to enjoy the feast on the festival's opening day. /VCG Photo 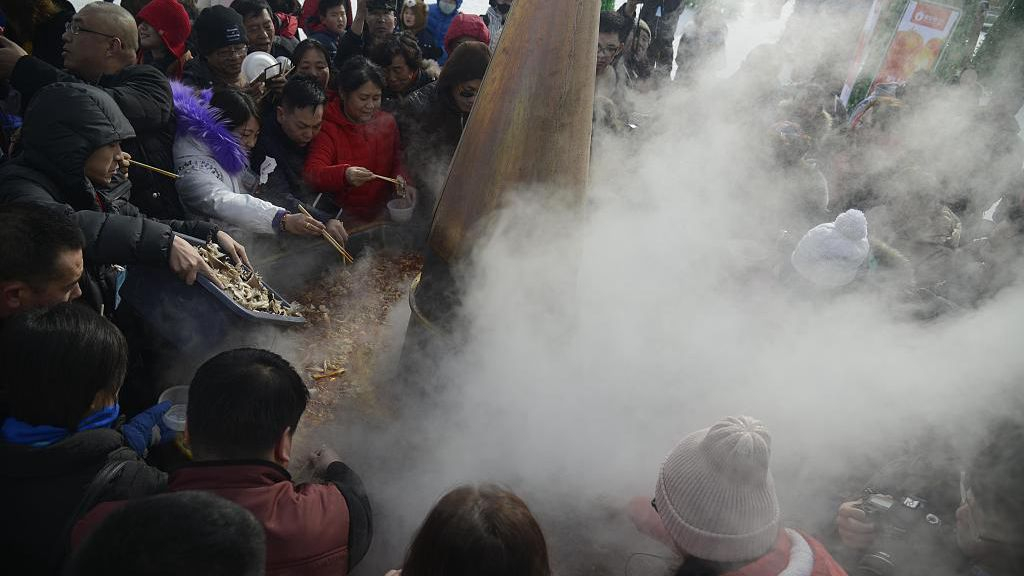 “It's my first time to eat hot pot in the snow," said young girl Zhang Mengmeng, who joined the event. /VCG Photo 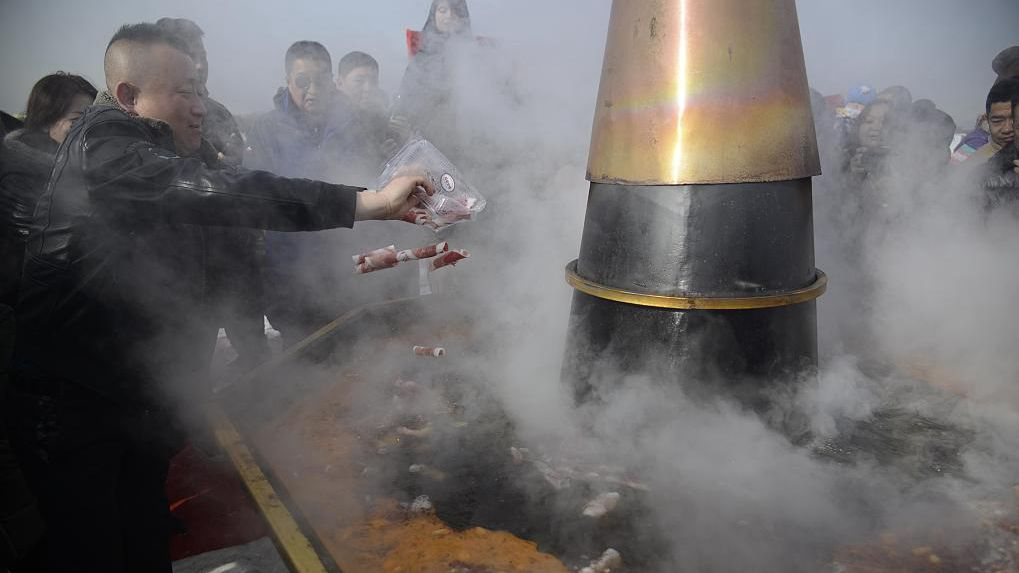 Visitors are enjoying the delicious food around the giant hot pot in the snow. /VCG Photo 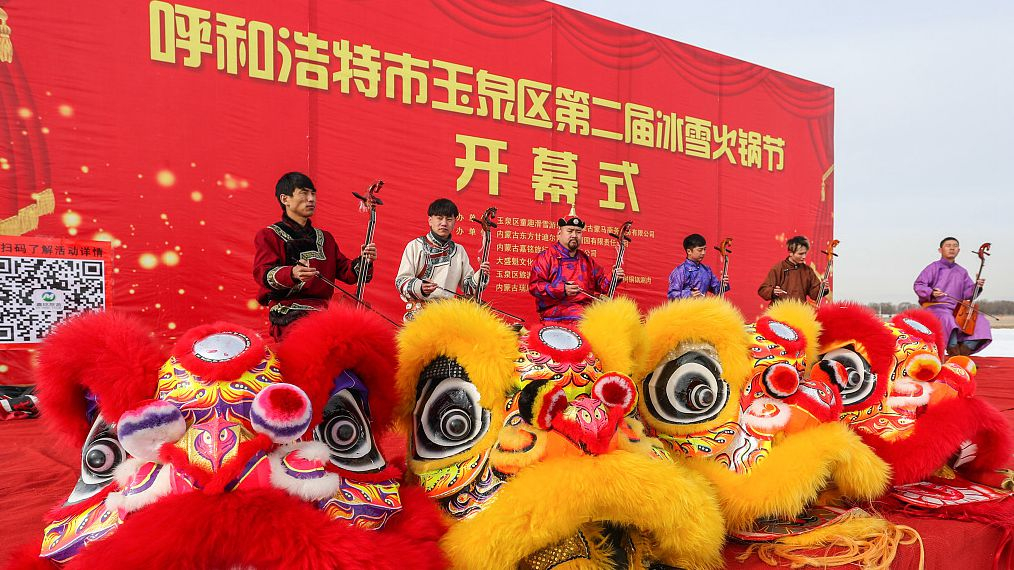 In addition to the hot pot feast, the festival also provided such entertainment events as snowmobiles and snow dragon drifts. /VCG Photo