The water level of the Three Gorges Reservoir drops to 149.40 meters as of as of 14: 00 on Wednesday. More than 19.6 billion cubic meters of water, about 90 percent of its capacity, has been released to brace for the flood season. (Photos: China News Service) Photo shows the island under the river appears as the water level drops. The reservoir plans to lower its water level to 145 meters before June 10 to cope with the potential flood in the Yangtze River area. 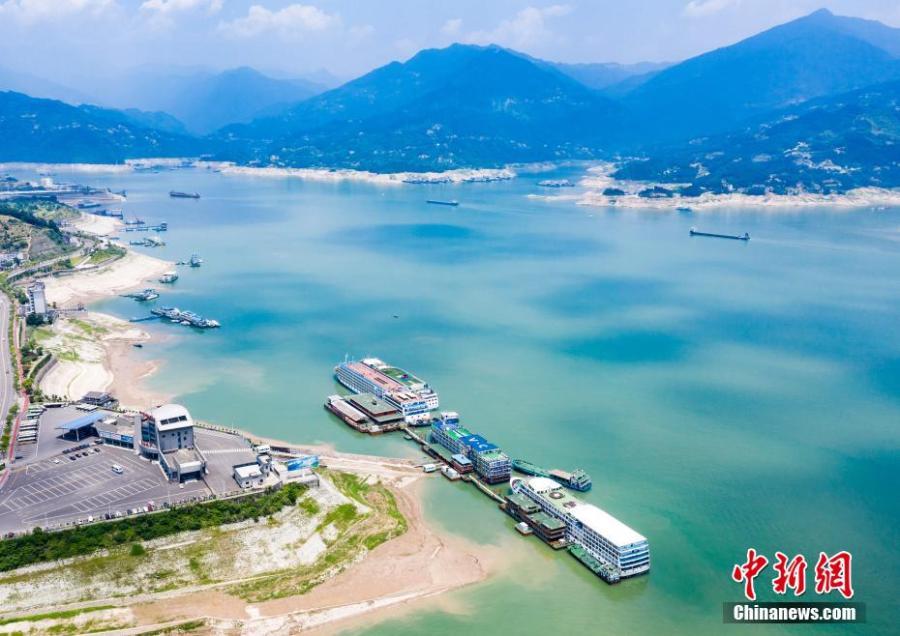 The reservoir prepares for potential flood. 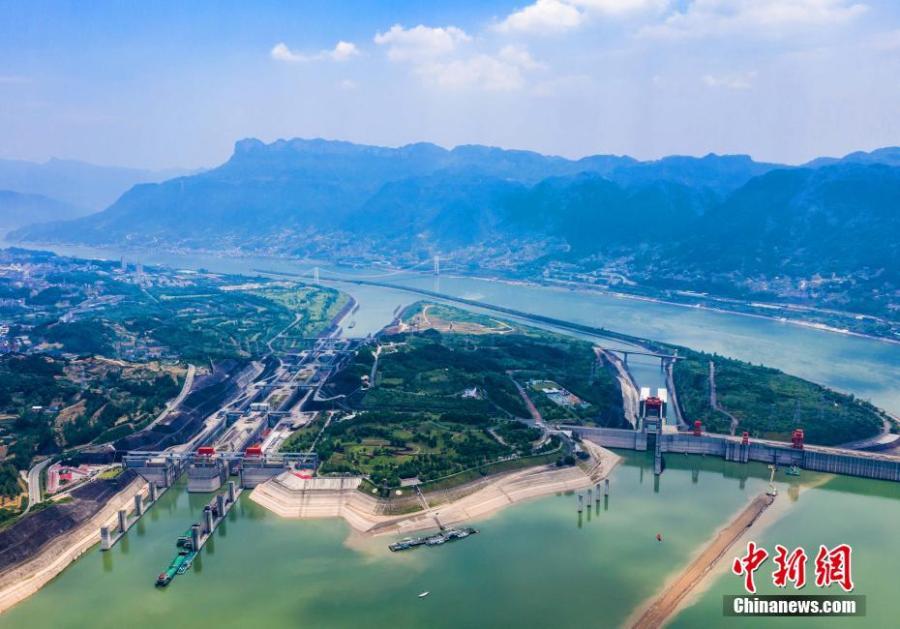 Shipping is smooth and orderly in the Three Gorges Dam area.