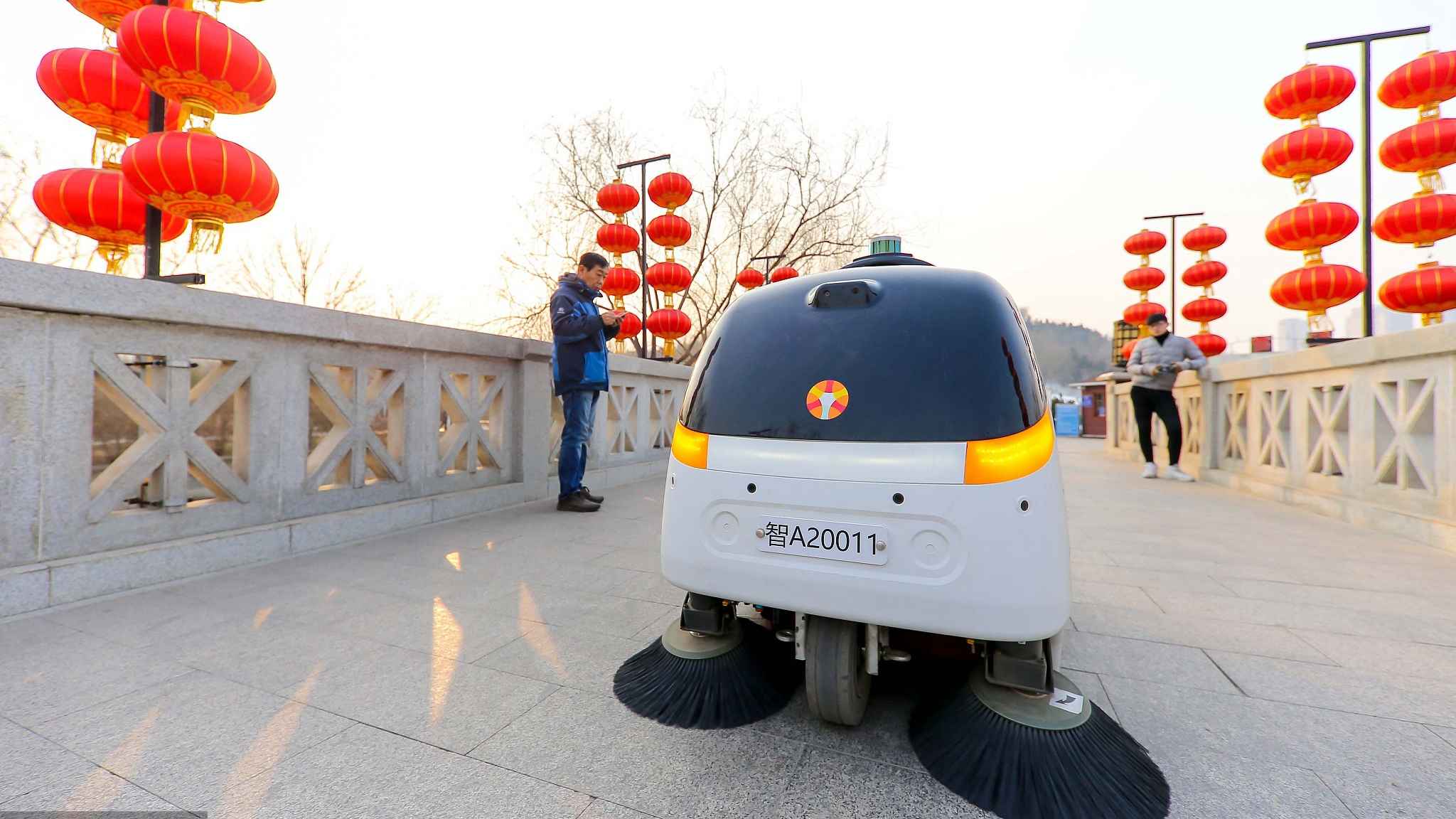 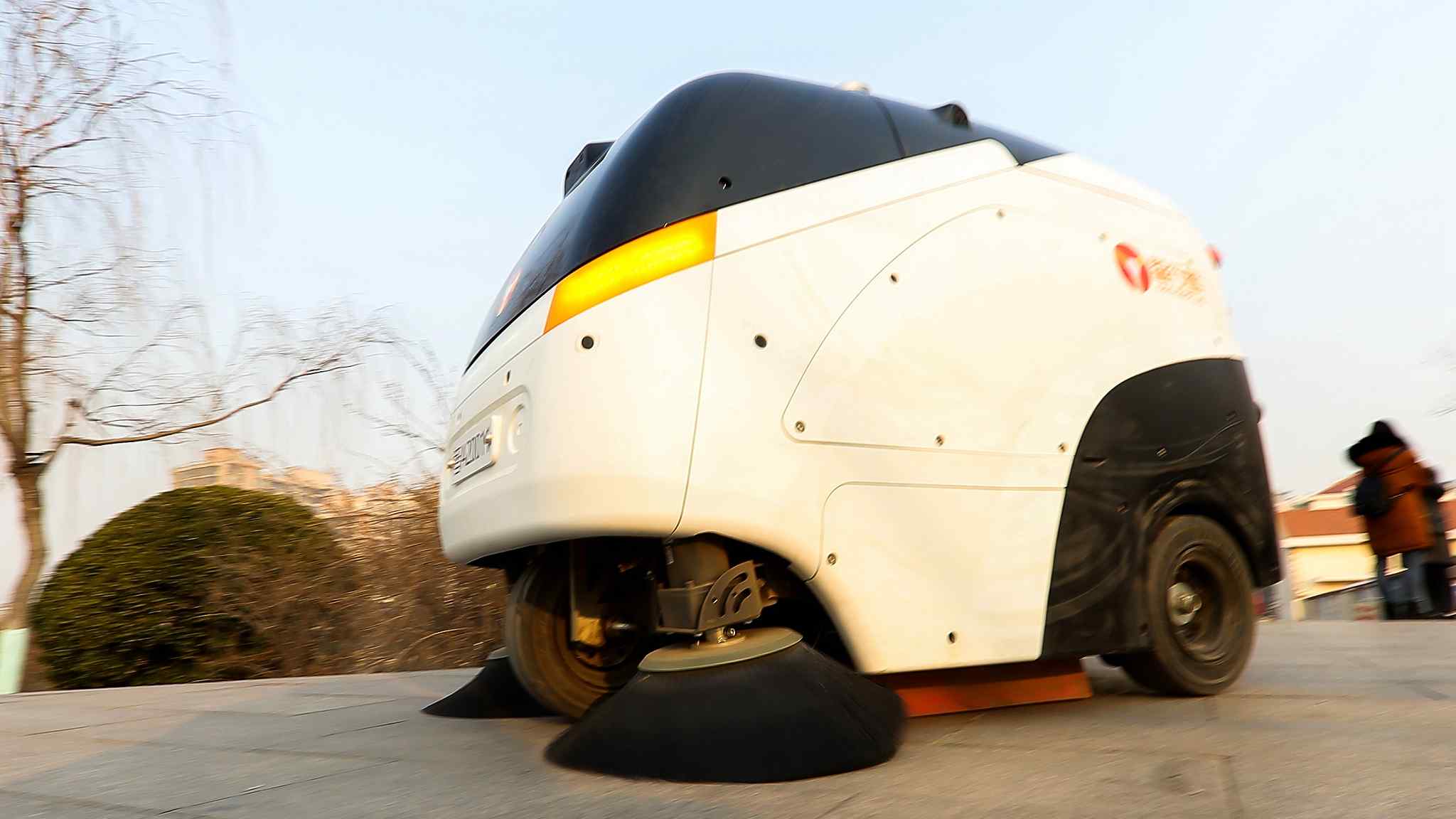 A laser radar, ultrasonic radar sensor and a camera to pinpoint garbage for collection are installed on the machine. (Photo: VCG) 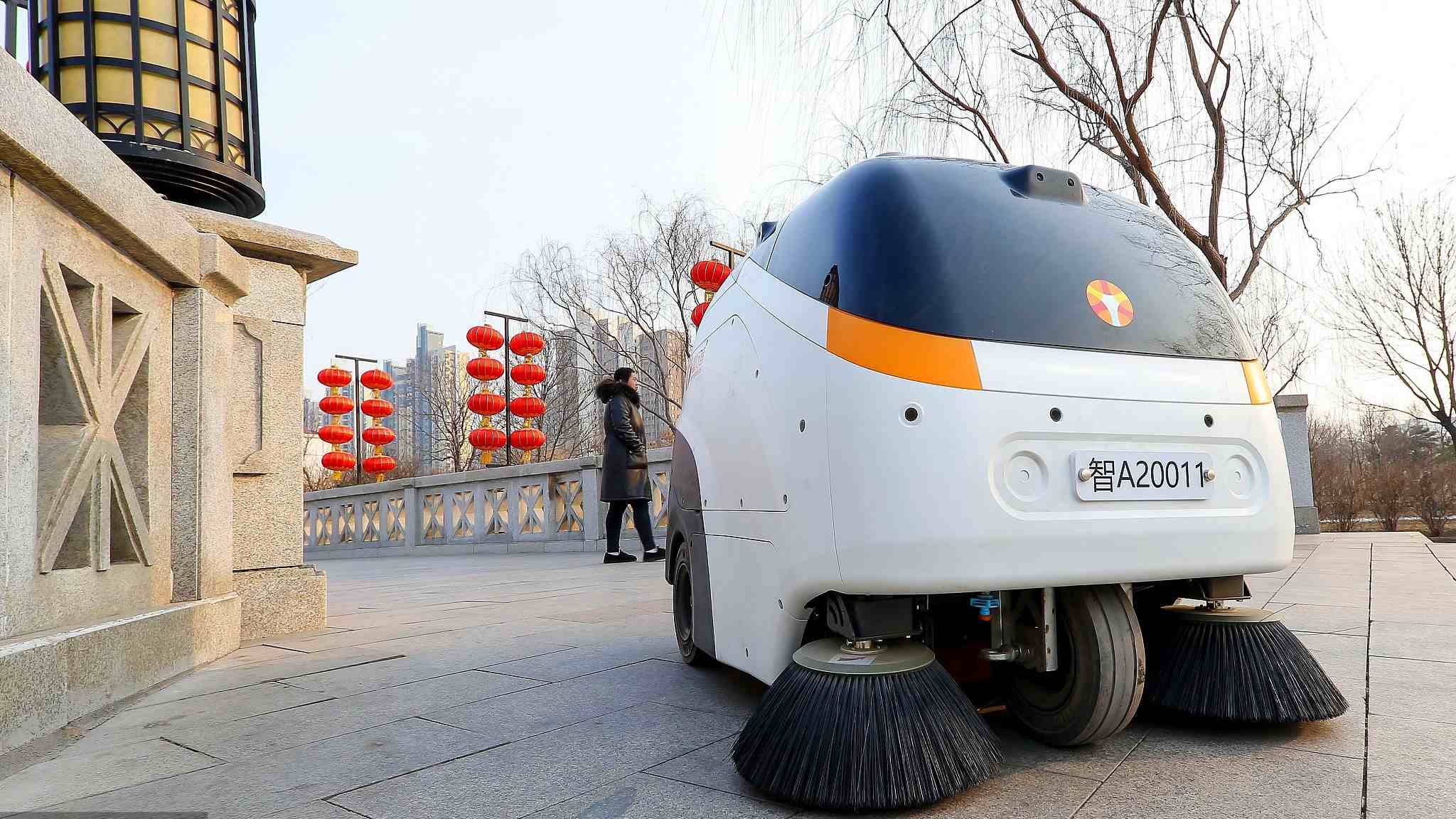 According to the Tianjin Daily, the machine can do the work of six people. (Photo: VCG) 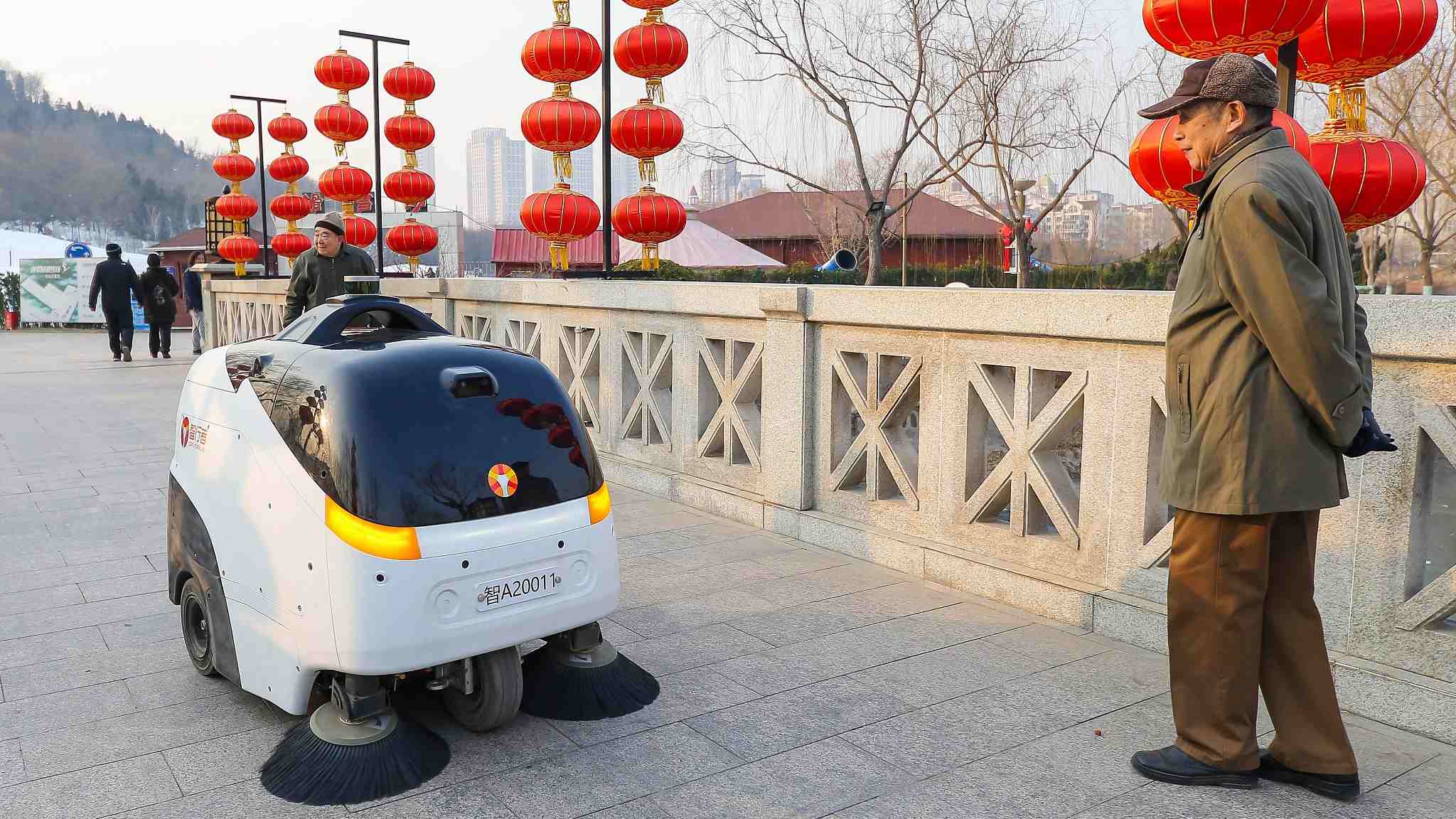 The smart machine was first put on trial in 2017 and is now used mostly in industrial parks. (Photo: VCG)