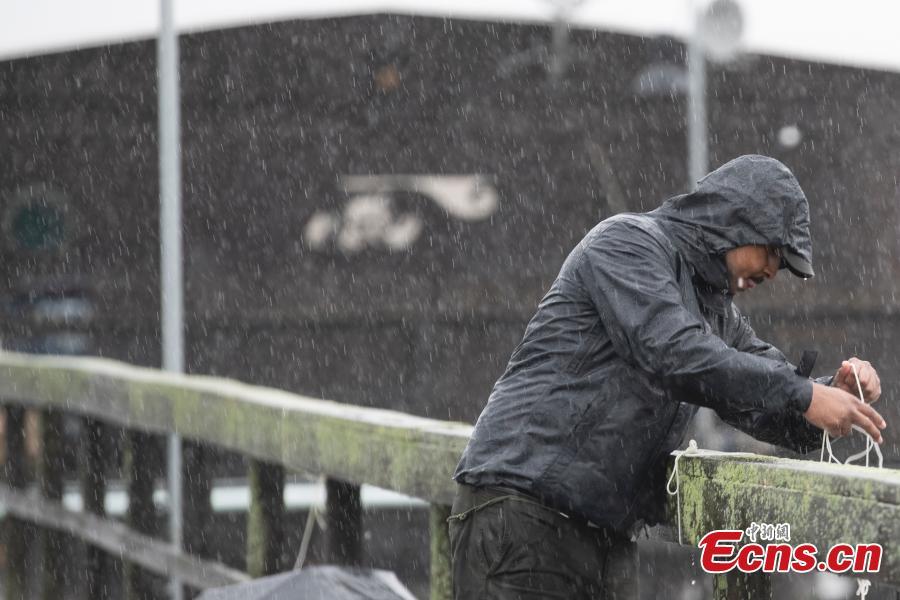 A man ties the rope on the dock in the Queens District, New York City, United States on August 22, 2021. Tropical Storm Henri landed near Westerly, the coastal town in Rhode Island on Sunday. The storm majorly influenced the northeast areas of the U.S., bringing a wide range of rain and heavy wind to those places. (Photos: China News Service) 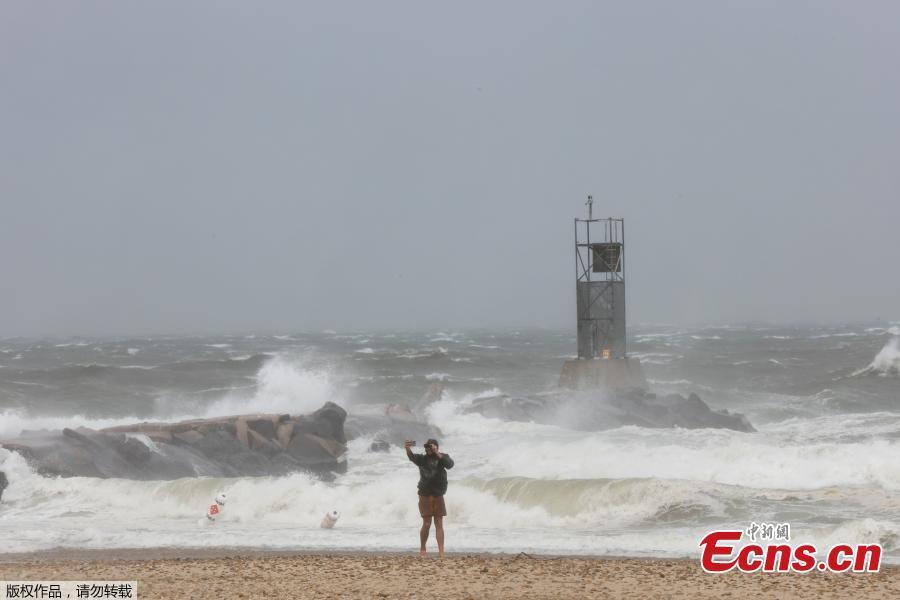 A person takes a selfie on the beach during Tropical Storm Henri in Montauk, New York, U.S., August 22, 2021. 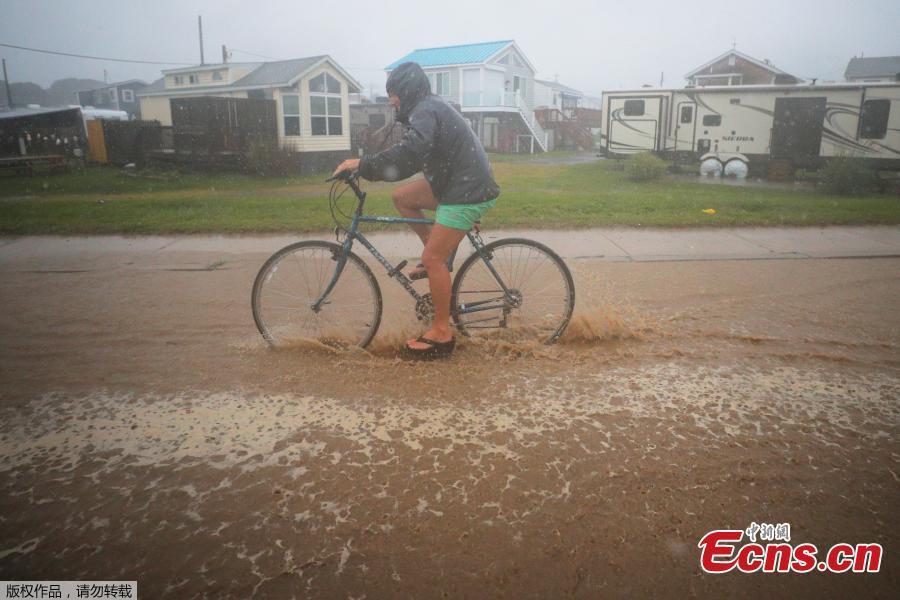 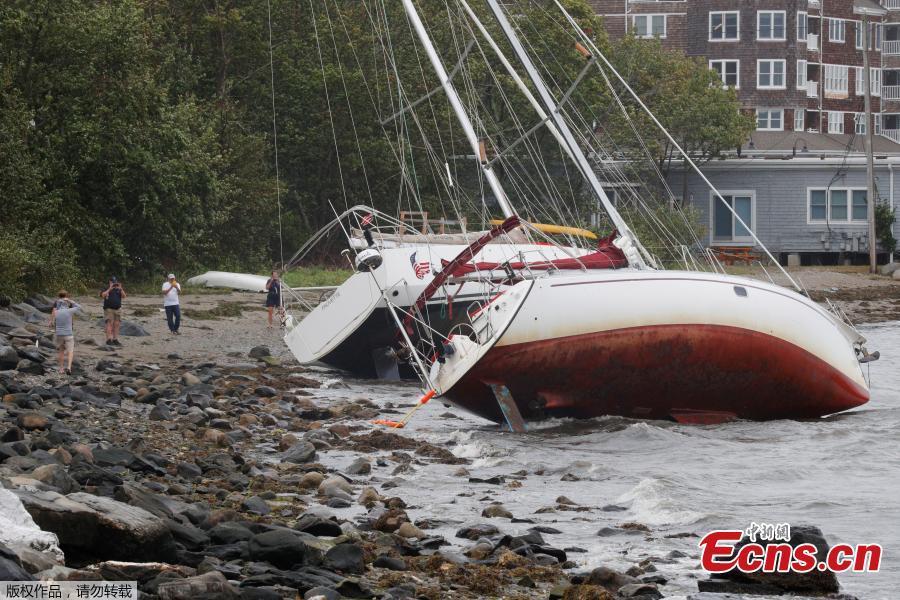 People walk past sailboats that came loose from their moorings and was washed ashore during Tropical Storm Henri in Jamestown, Rhode Island, U.S., August 22, 2021.