A meeting in Tokyo is ongoing between US President Donald Trump and Japan's Prime Minister Shinzo Abe during Trump's state visit to Japan. (Photos: CGTN)

The meeting was the main event of Trump's ongoing visit. And trade is among the top list of items on discussion agenda between the two parties.

Trump also became the first foreign leader to meet with Japan's newly enthroned Emperor Naruhito. On Monday morning, a formal welcoming ceremony was held when Trump was greeted by the new emperor and his wife at the imperial palace in Tokyo. 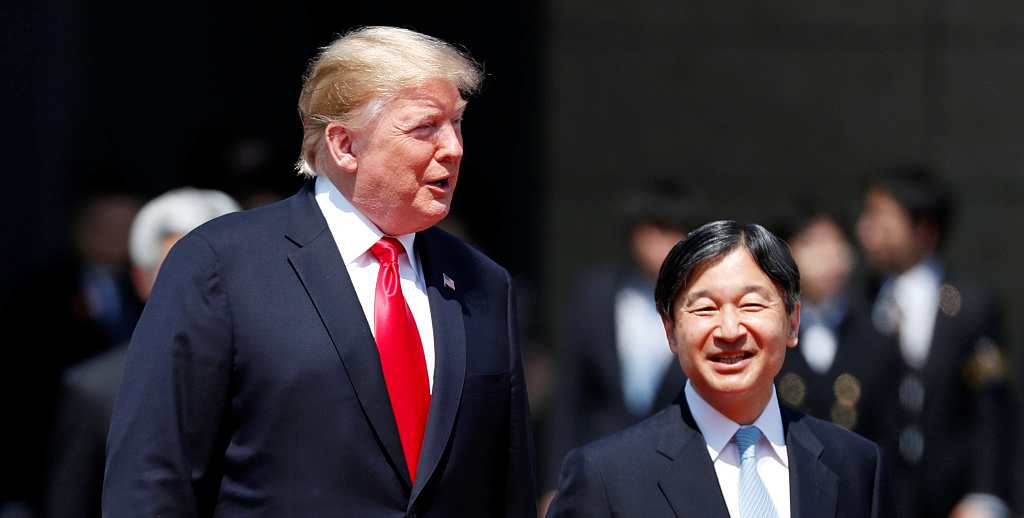 During the first two days of the feel-good-trip, Trump was also seen playing golf, eating out and watching sumo bout with Abe, as they vowed to "reaffirm the United States-Japan alliance." 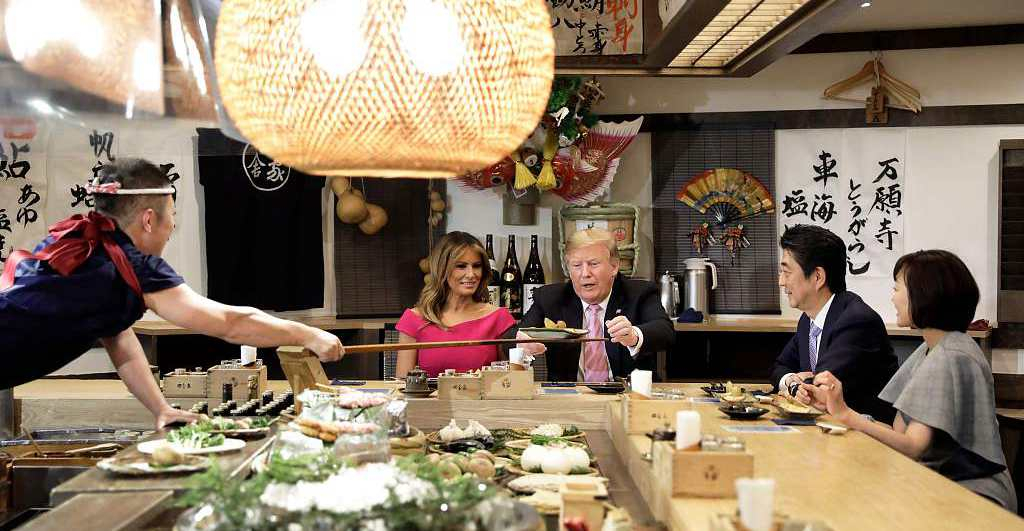 Just upon Trump's arrival, Japanese Foreign Minister Taro Kono said on May 24 that he plans to ask overseas news outlets to write Japanese names with the family name first and given name second, featuring changing from "Shinzo Abe" to "Abe Shinzo," as is the convention in Japan.

He stressed the timing of the new emperor ascended to the throne. And Japan will soon play host to a number of major international events, including the G20 summit next month. Trump is expected to return on May 28, but will soon revisit the country in June for the G20 summit.