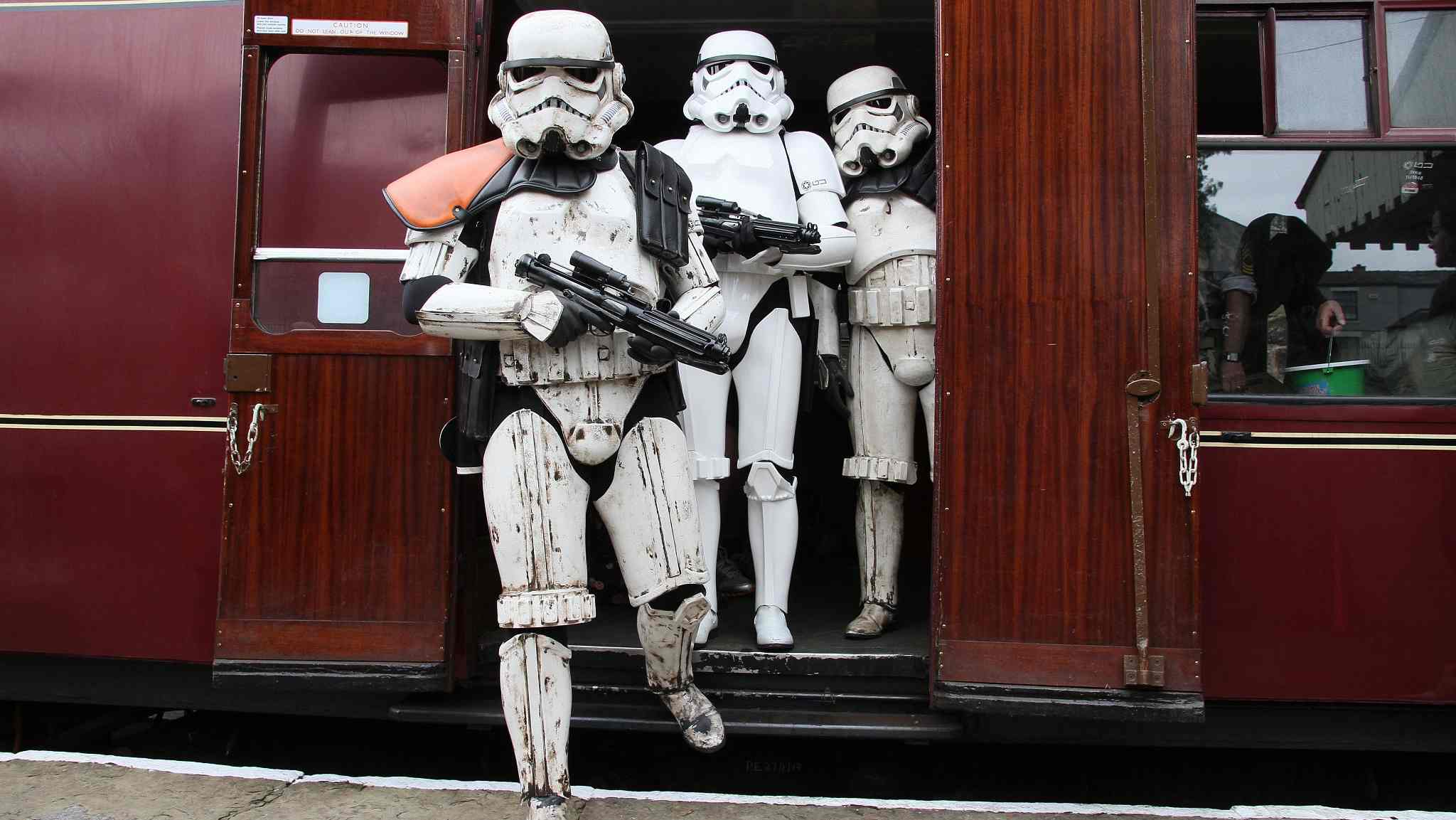 Have you ever dreamed about meeting Harry Potter or Darth Vader in real life? What about on the train? A UK railway company – the East Lancashire Railway – brought happiness to sci-fi fans by having them meet actors dressed up as characters in Star Wars, Harry Potter, Doctor Who and more. (Photos: VCG) 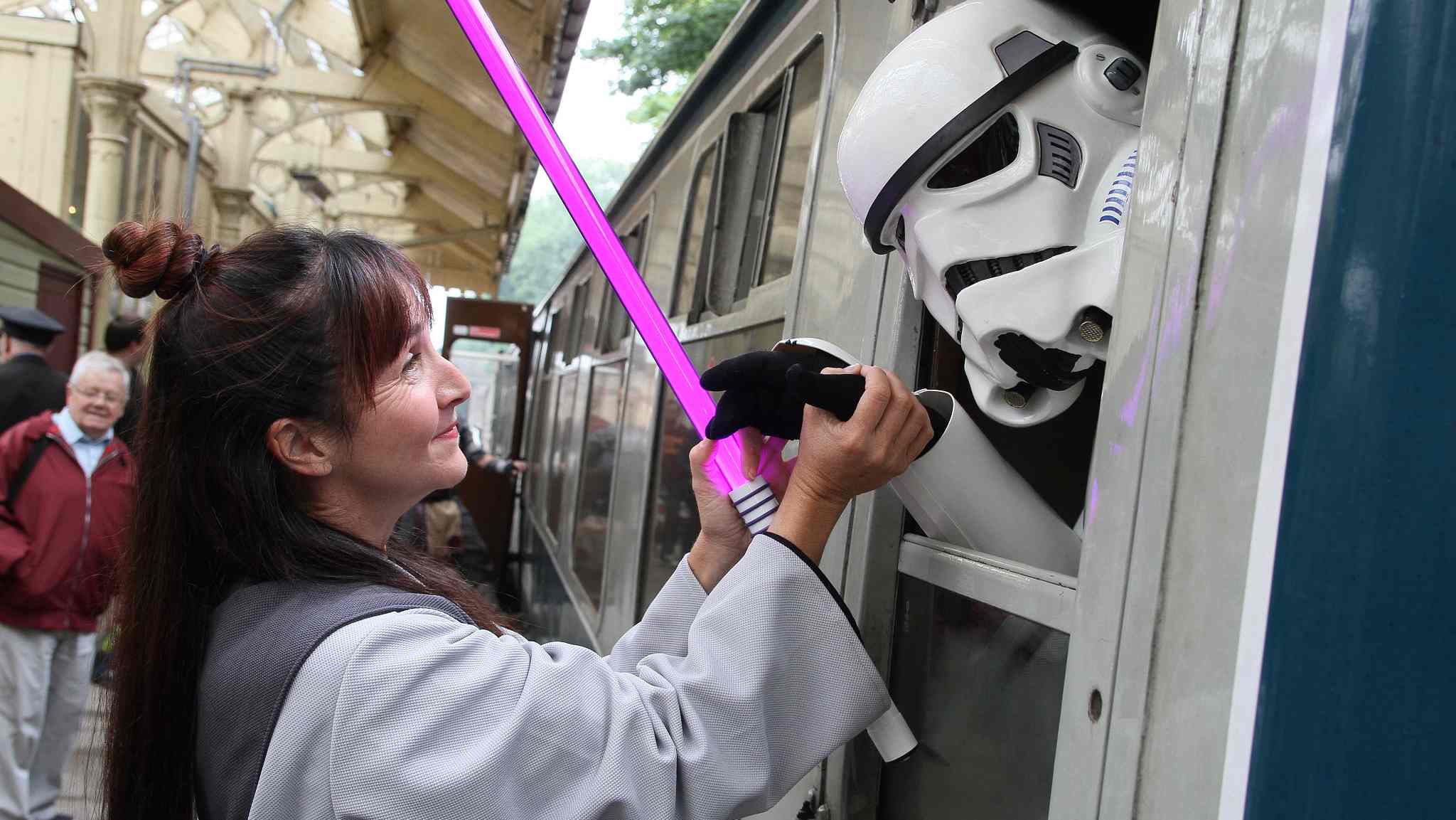 Actors dressed up as famous characters from sci-fi movies surprised passengers at different stations along the line’s 12-mile route. 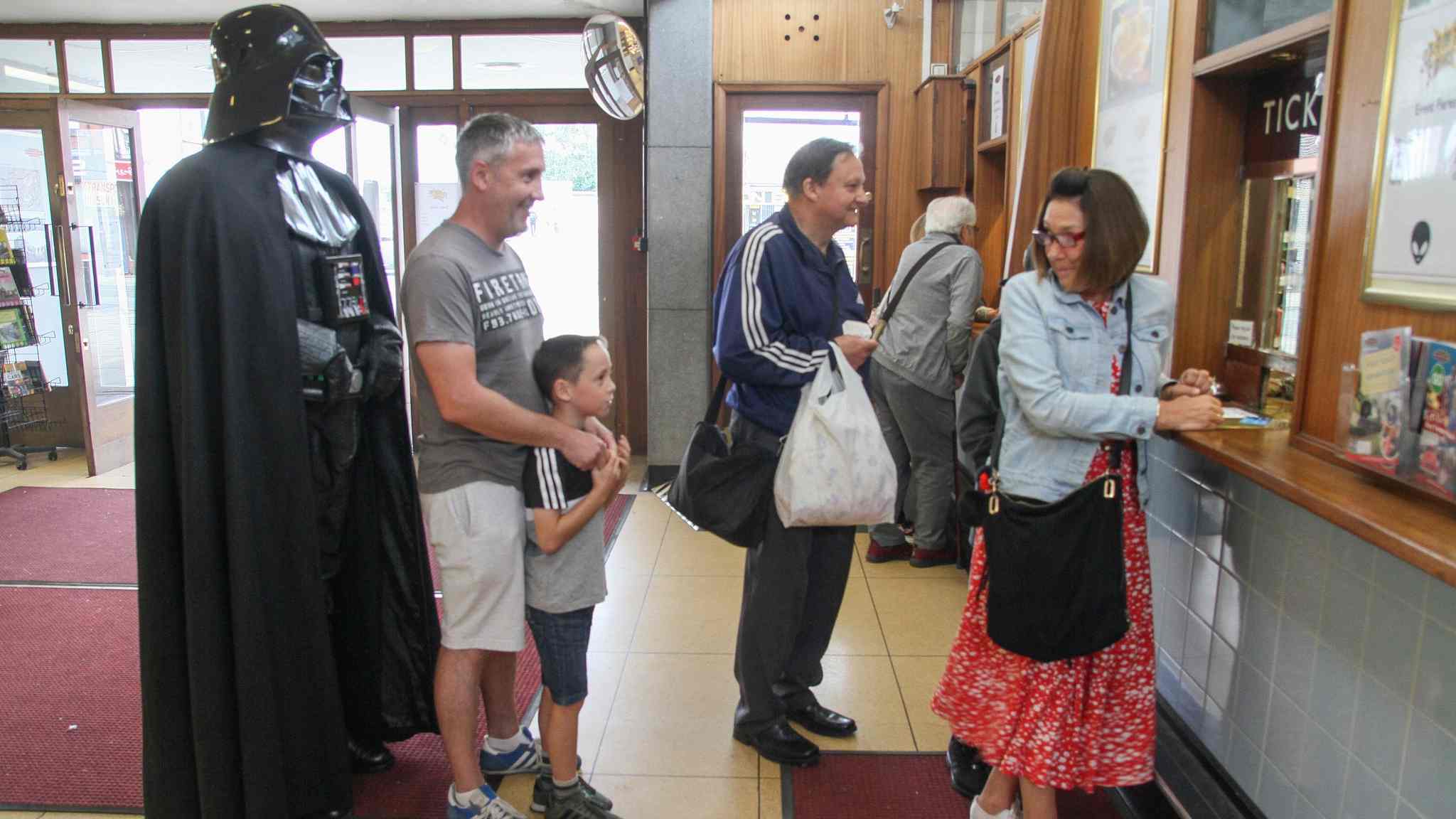 An actor dressed as Darth Vader from Star Wars waited in line, stunning one of the passengers who was about to buy a ticket. 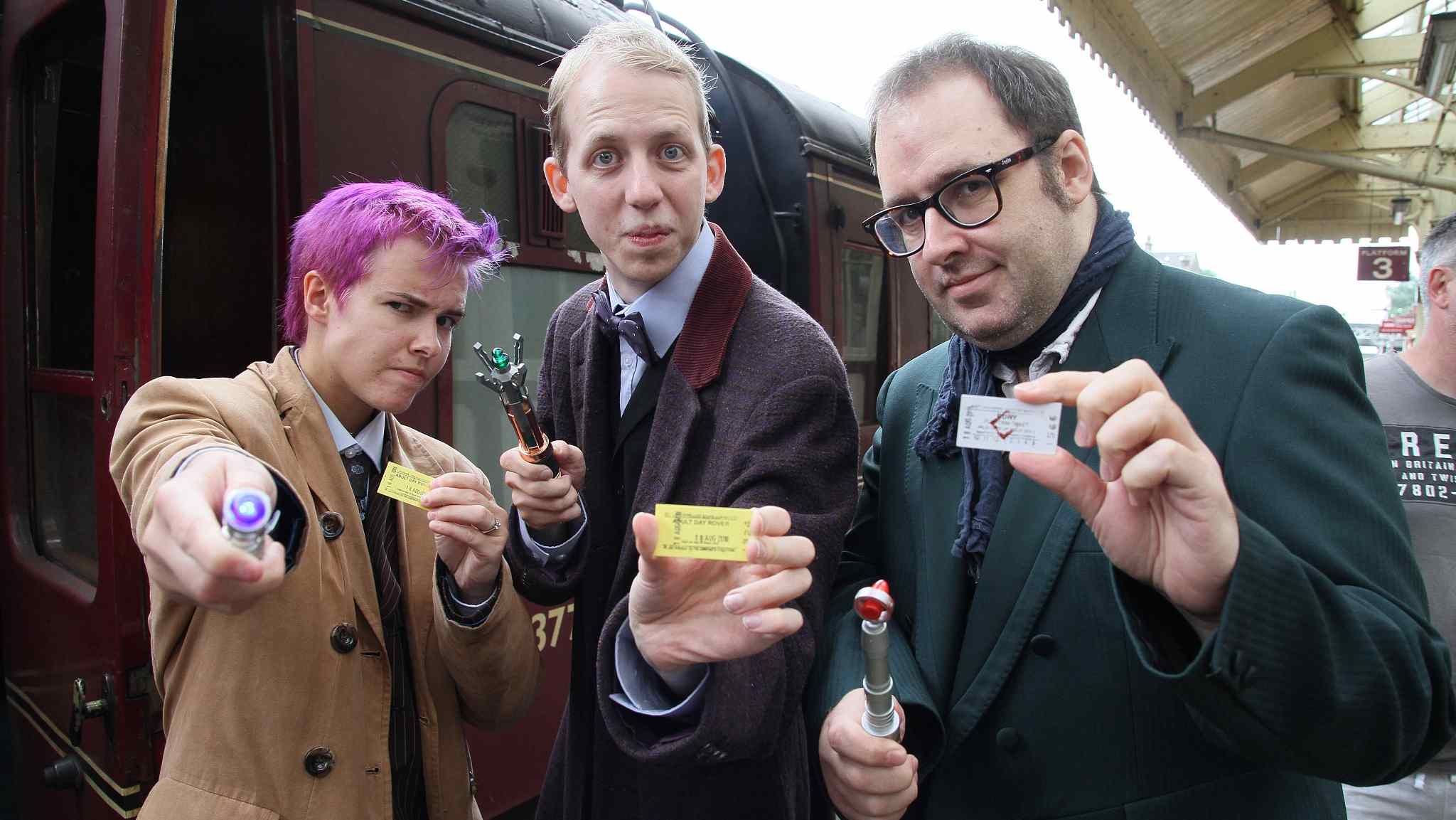 Characters from the American TV series Game of Thrones showed up at Ramsbottom Station, along with the Iron Throne, and other medieval props.