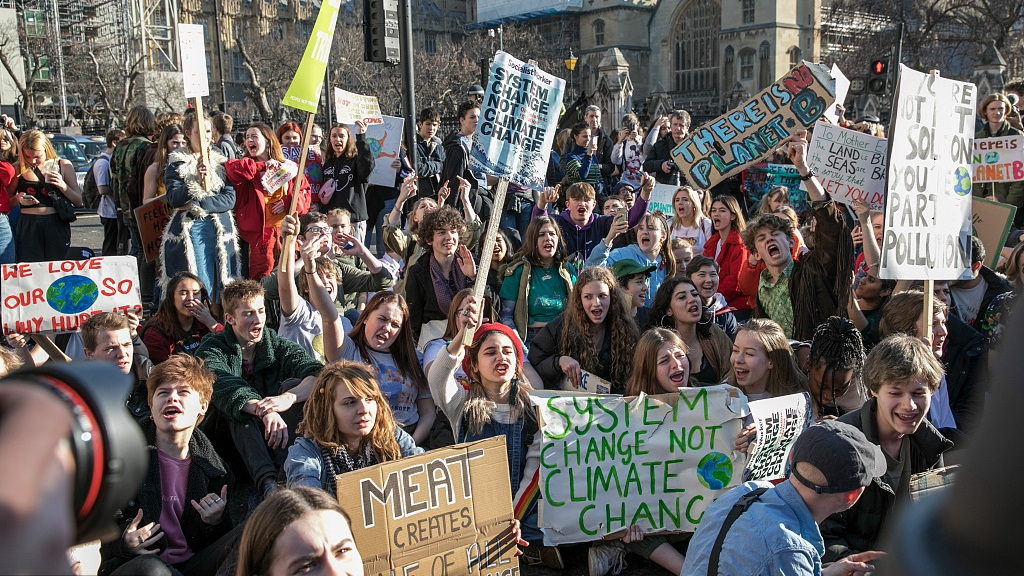 Thousands of primary school students, teenagers and university students left their classrooms and gathered in the streets of central London on Friday to protest regarding climate change and demand governmental action. /VCG Photo 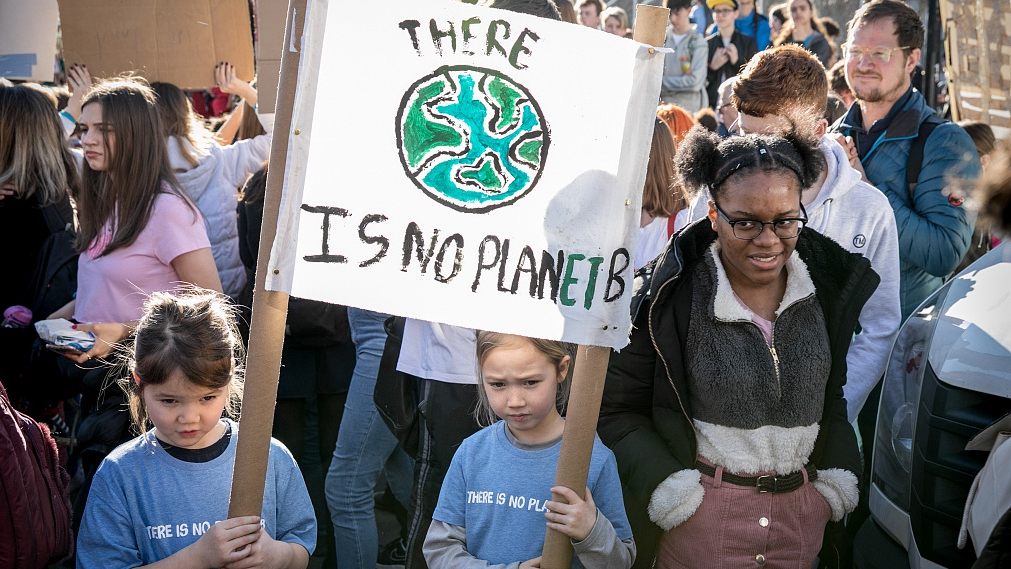 They carried banners with slogans such as "The climate is changing! Why aren't we?" "There is no Planet B" "Climate change is worse than homework" during the protest in Parliament Square. /VCG Photo 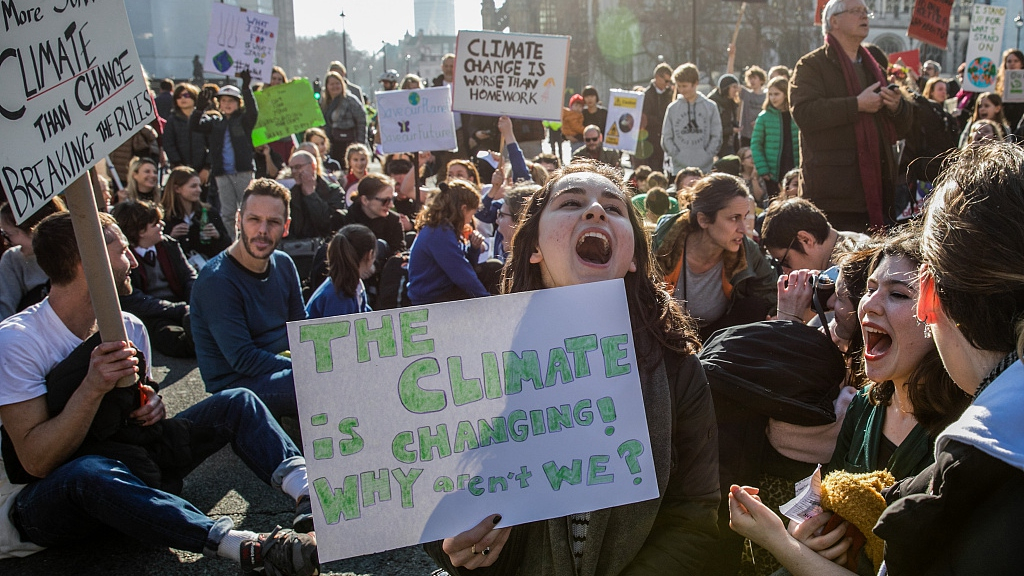 The global children's movement has been inspired by a Swedish teenage activist Greta Thunberg, who became a prominent figure for starting the first school strike in support of climate action outside of the Swedish parliament building in August 2018. /VCG Photo