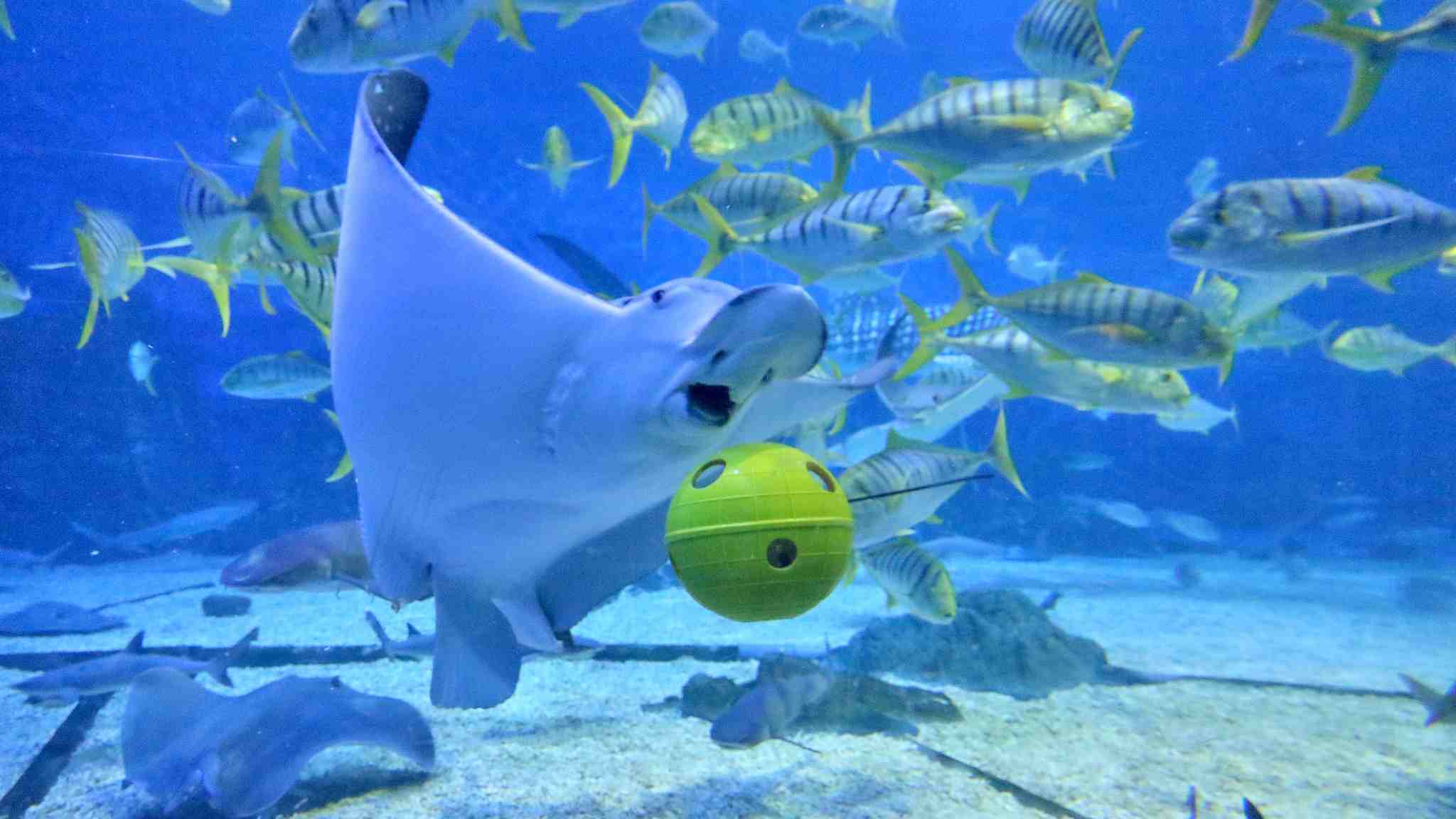 To celebrate the upcoming 2018 FIFA World Cup, animals and divers competed in a special underwater soccer game at an ocean park in east China’s Shandong Province on Thursday. /VCG Photo Passing the ball is no easy task for the divers, who have to overcome water’s resistance while controlling the floating ball. /VCG Photo 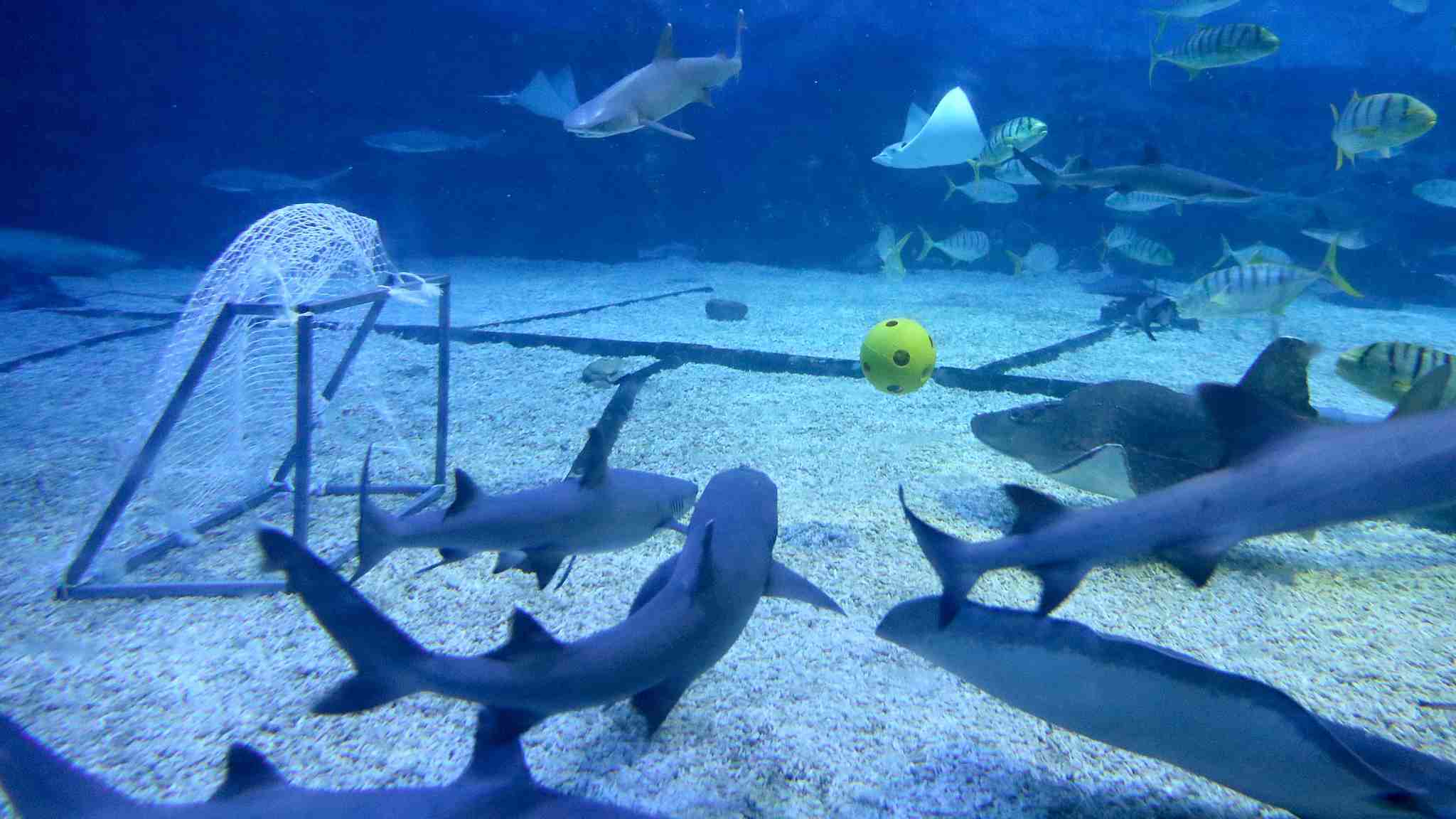 Sharks and rays curiously swam around the soccer ball and even attempted a few headers. /VCG Photo 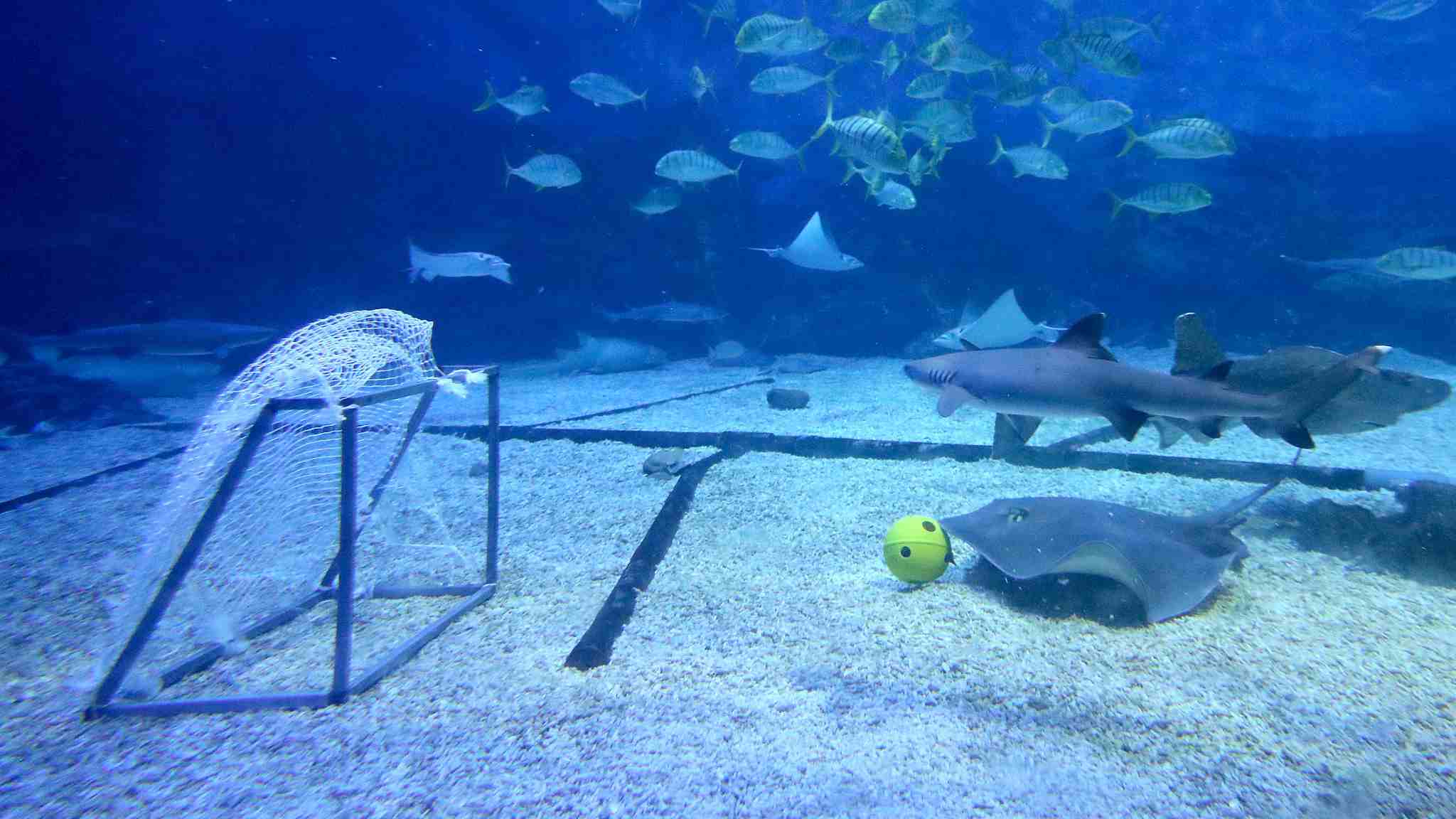 The 2018 FIFA World Cup will officially kick off on Thursday in Russia. An opening ceremony will be held at Moscow’s Luzhniki Stadium, followed by the curtain-raising first game between host country Russia and Saudi Arabia. /VCG Phtoo