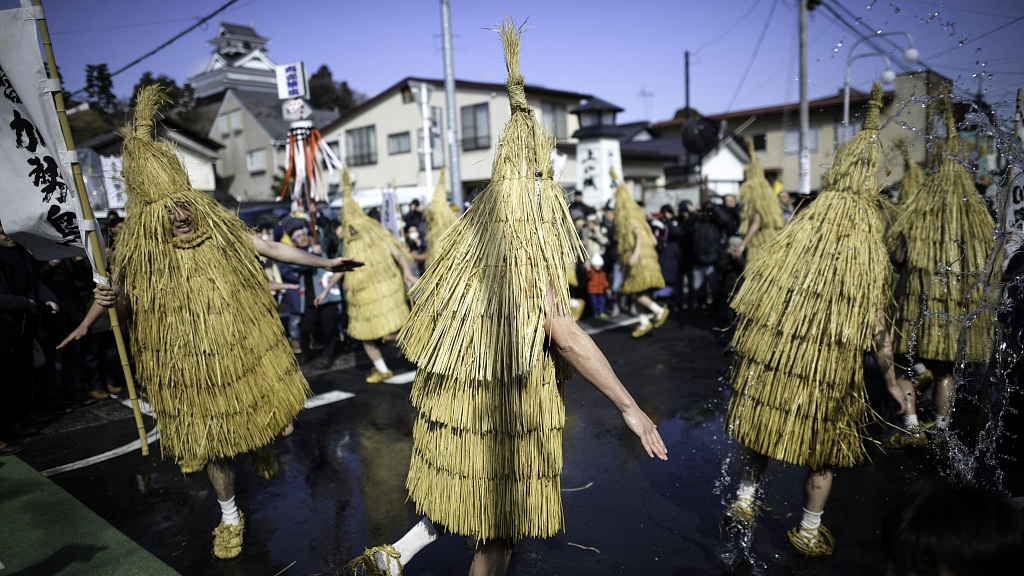 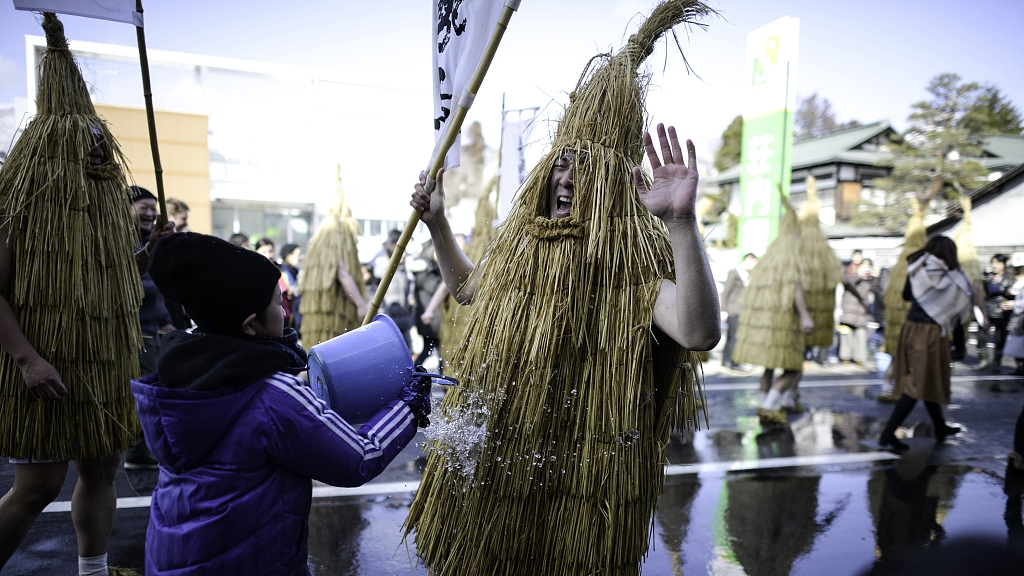 They make their way to a village to perform a traditional dance, as cold water from buckets is splashed on them. /VCG Photo 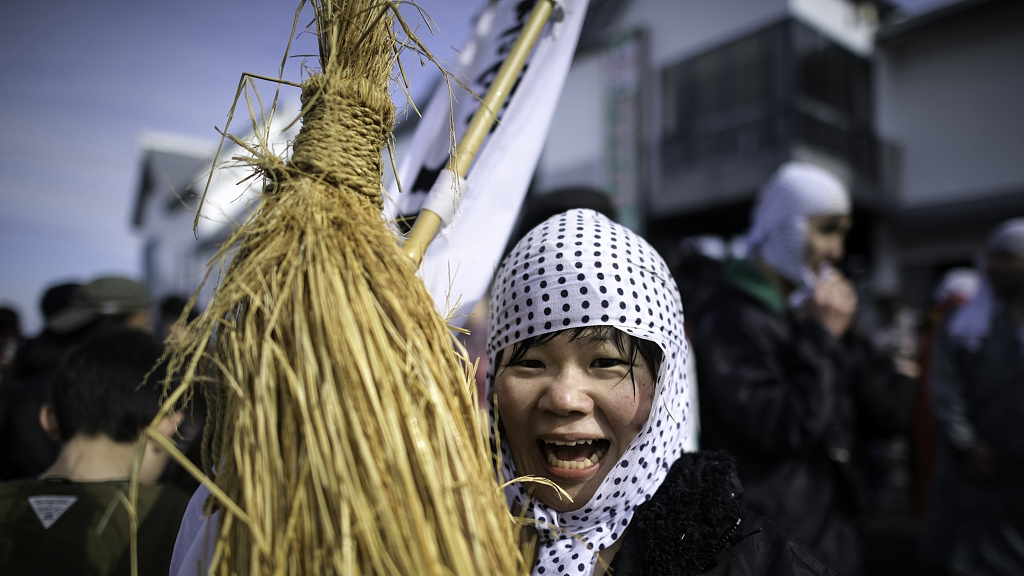 The straw coats worn by the participants are called "kendai," which represents a bird believed to bring good luck. /VCG Photo 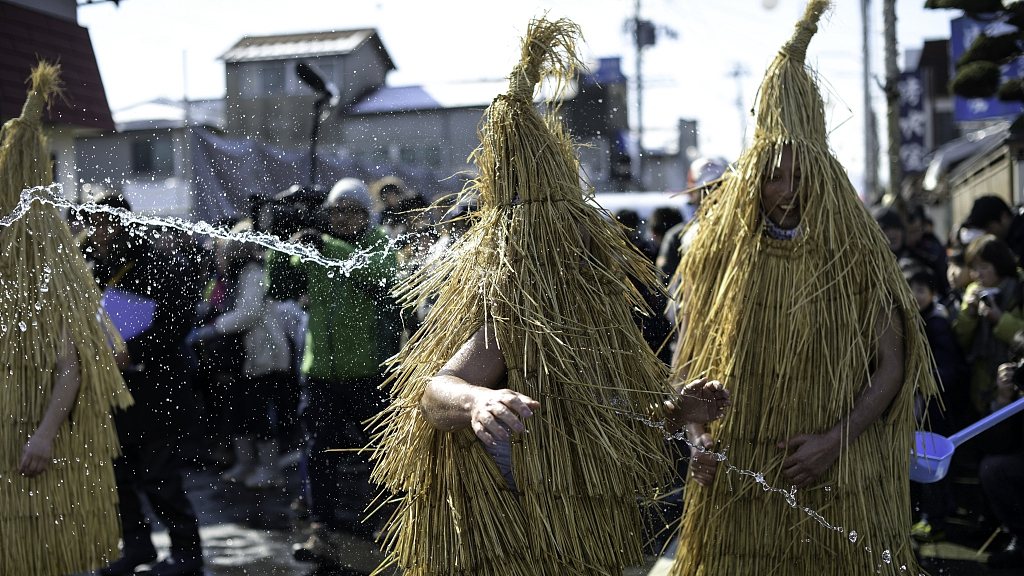 It was said that the bird called kasedori brought water to put out a fire that had been raging in the region long time ago. Since then, the locals have held the festival to commemorate the bird. /VCG Photo 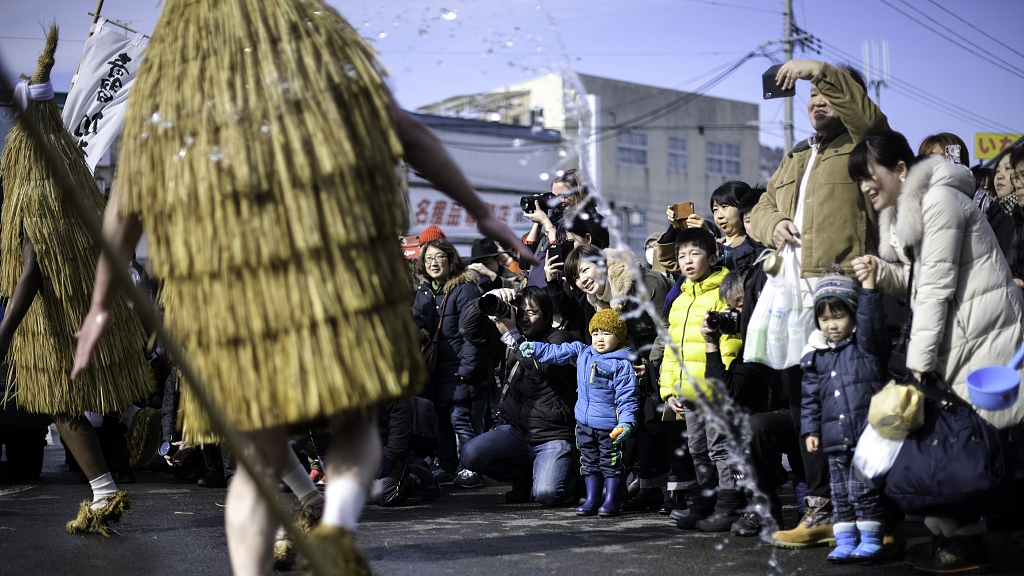 The festival is also held each year to pray for a good harvest and good fortune. It originated in the 1600s and was inscribed on the list of UNESCO Intangible Cultural Heritage last year. /VCG Photo