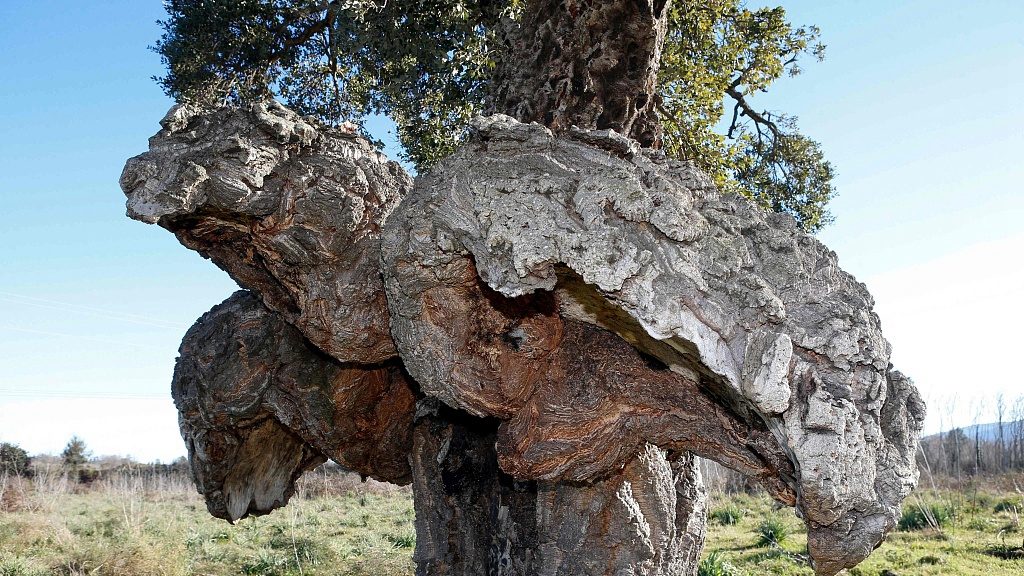 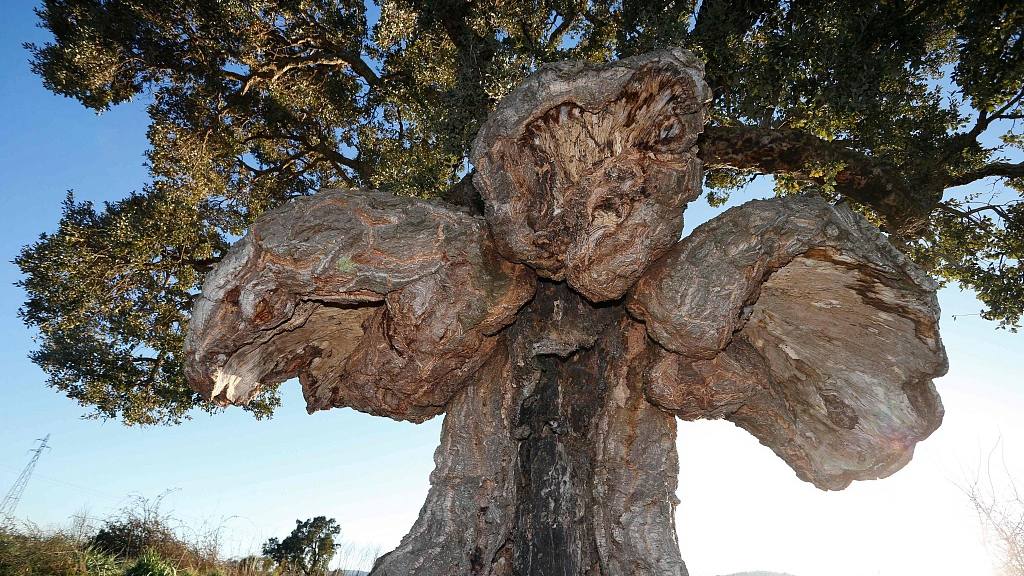 The cork oak stood out for its particular form of trunk resembling a large bird, which is believed to have been caused by weather, hence its name "Arbarucellu," which denotes tree-bird in the Corsican language. /VCG Photo 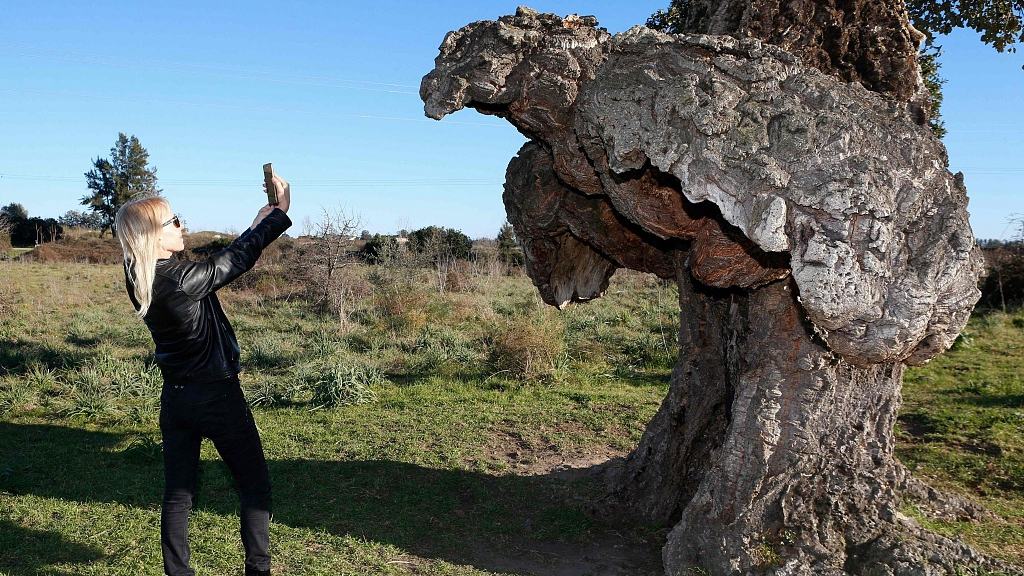 It is estimated to be between 15 and 18 meters high and measures 4.8 meters in circumference. /VCG Photo