PHOTOS US artist uses his craft to improve people's lives

US artist uses his craft to improve people's lives 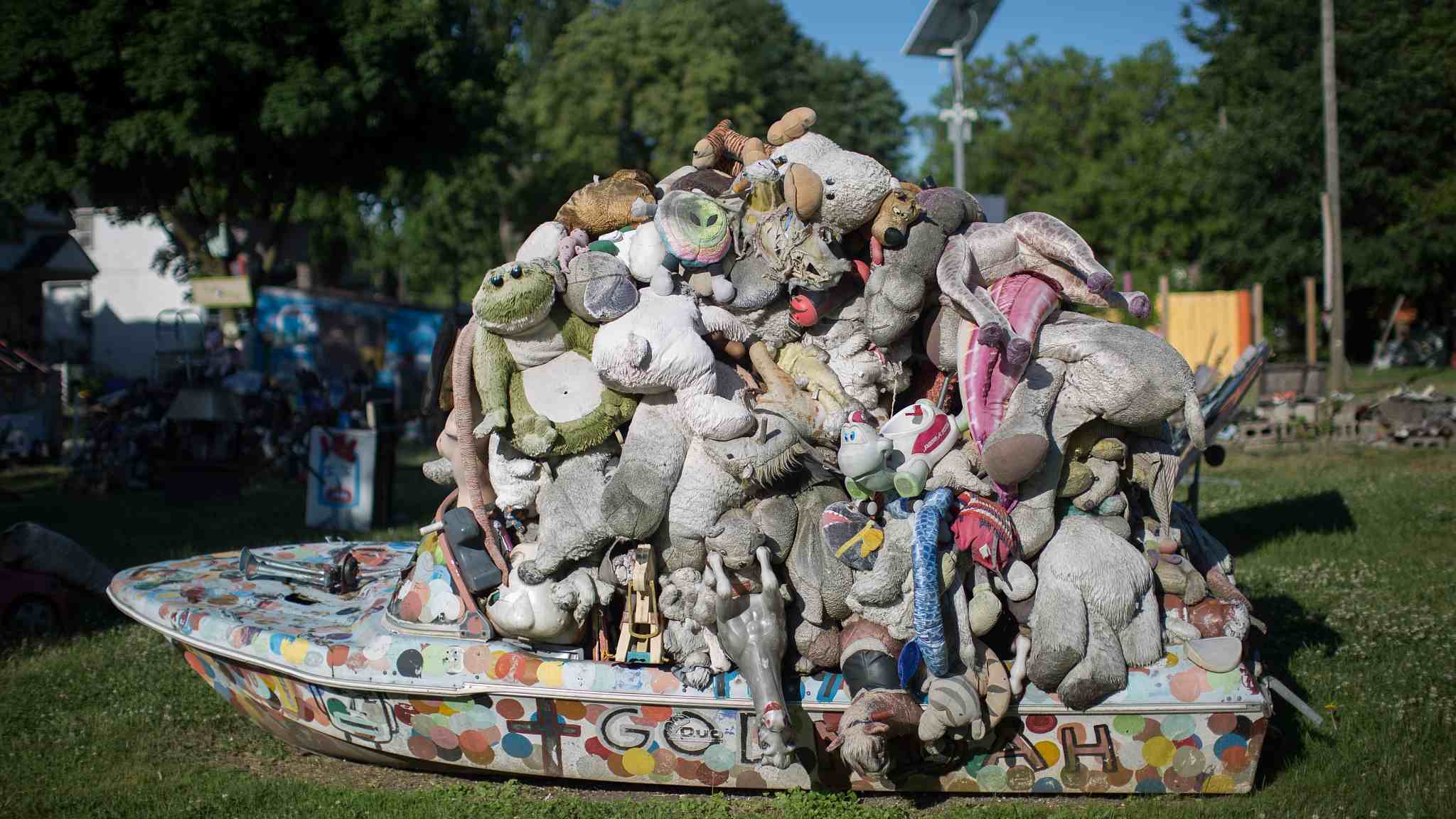 Not every single piece of waste is repulsive to people. The Heidelberg Project, an outdoor art environment in Detroit, Michigan, is something that makes Tyree Guyton, an American artist, and locals proud. /VCG Photo 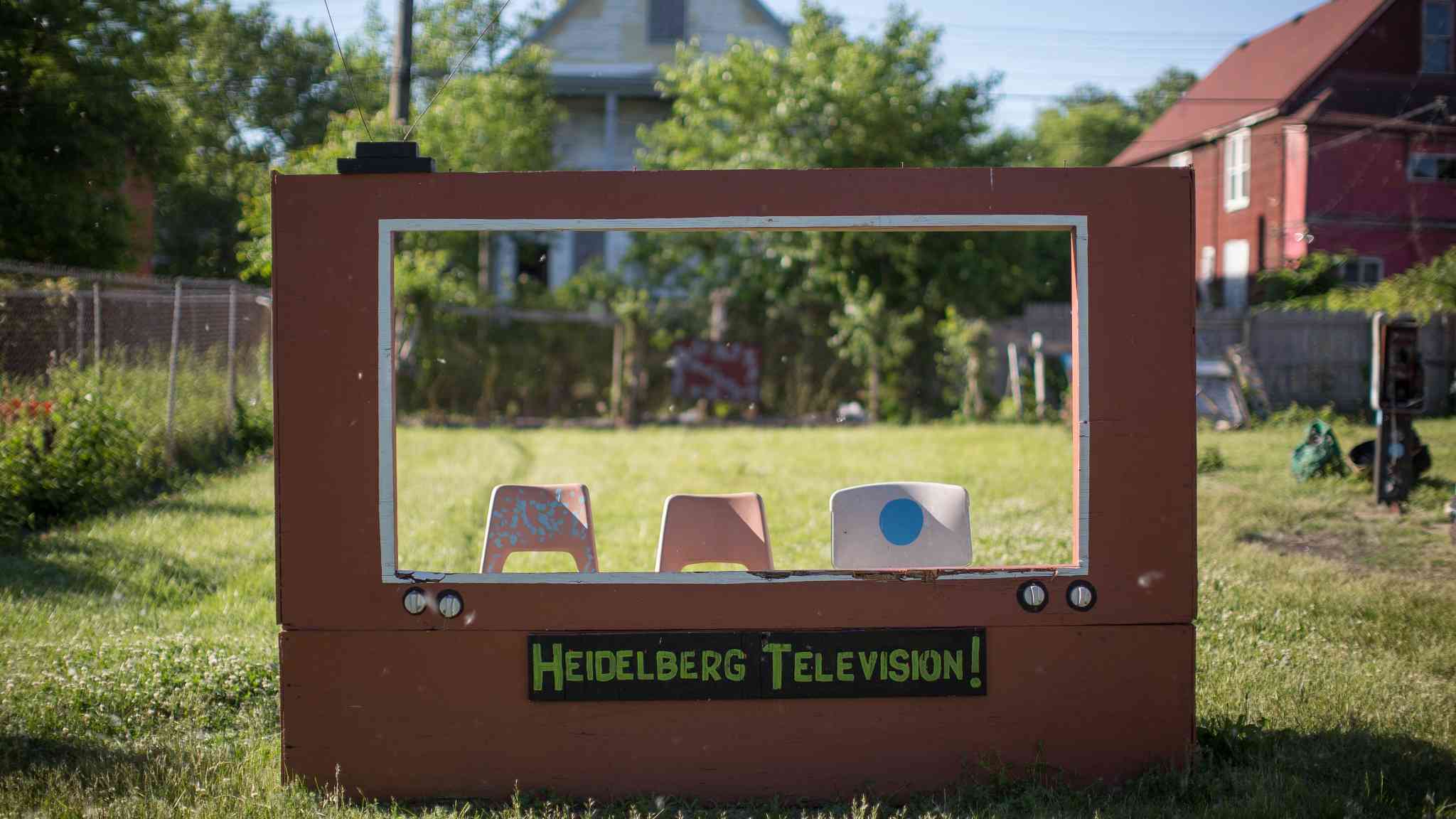 The project was initiated in 1986 when Guyton found the whole street of Heidelberg in shambles and poverty. Guyton decided to use his hands to rejuvenate this place where he was born. /VCG Photo 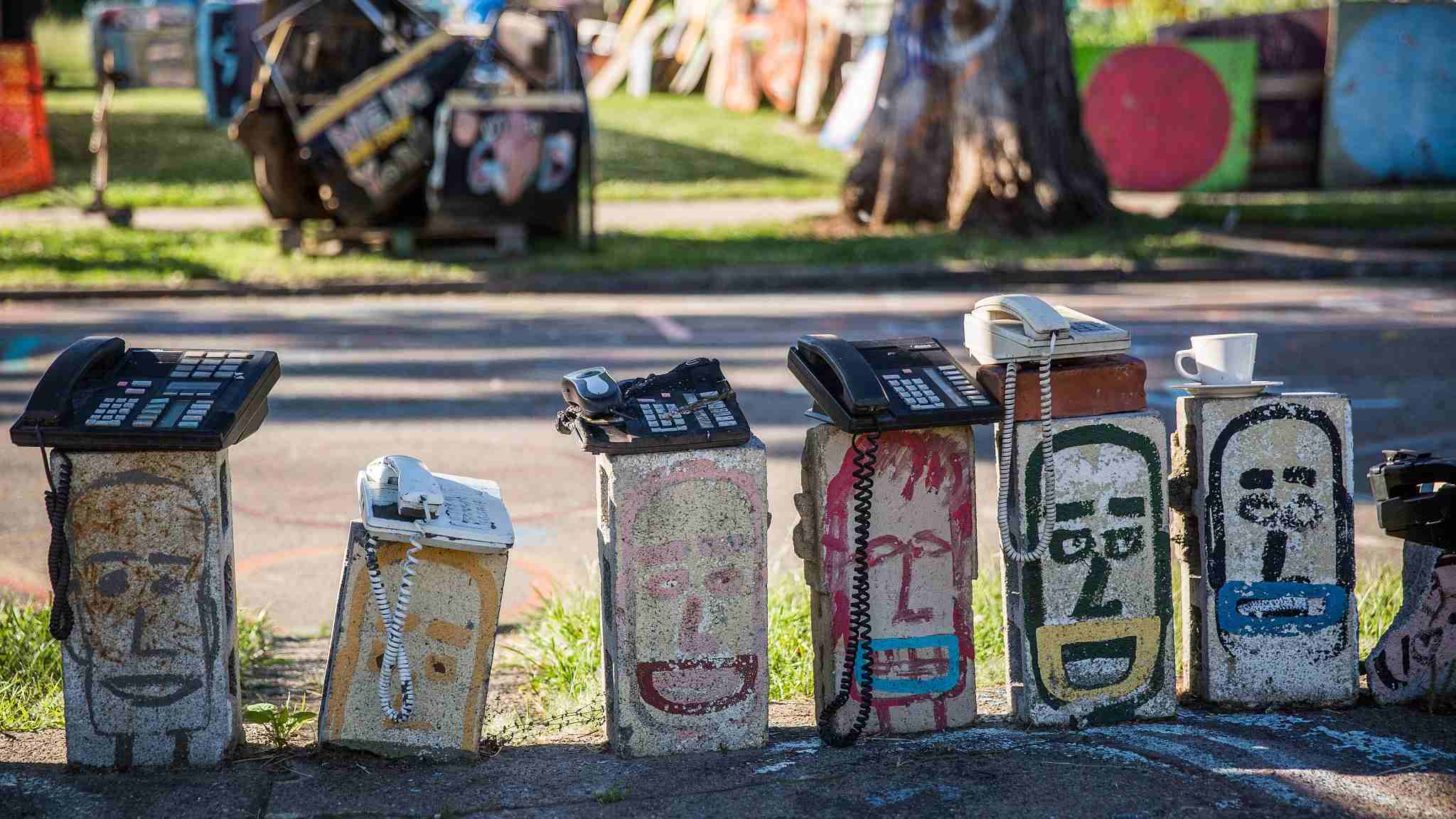 Instead of tumbling down the construction, Guyton looked at the whole place as part of his installation and recycled every single piece of “original material” that belonged to the neighborhood. /VCG Photo 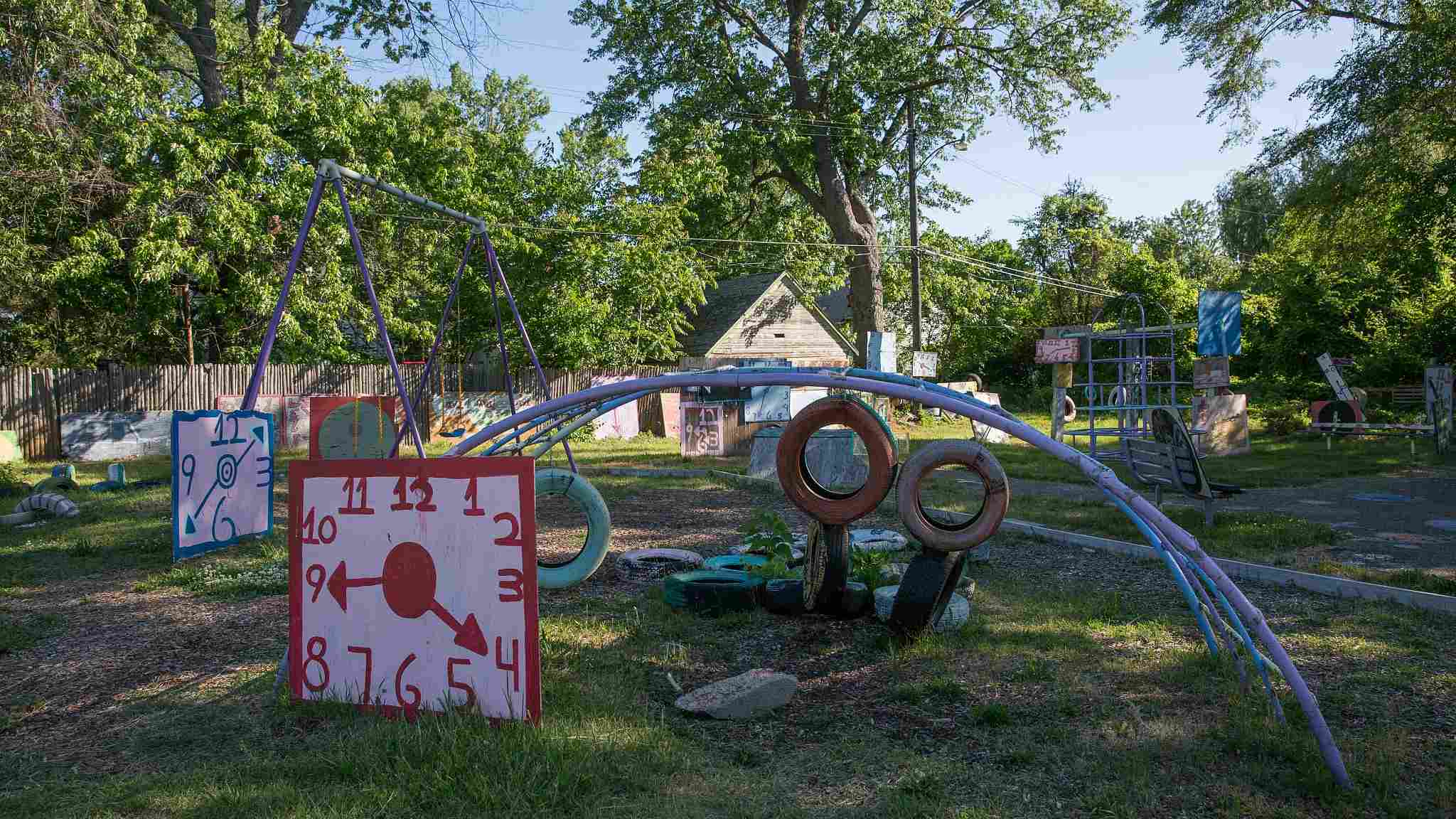 He daubed graffiti on the houses to revive them and re-arranged discarded furniture and disused articles to incorporate them with nature and local life. /VCG Photo 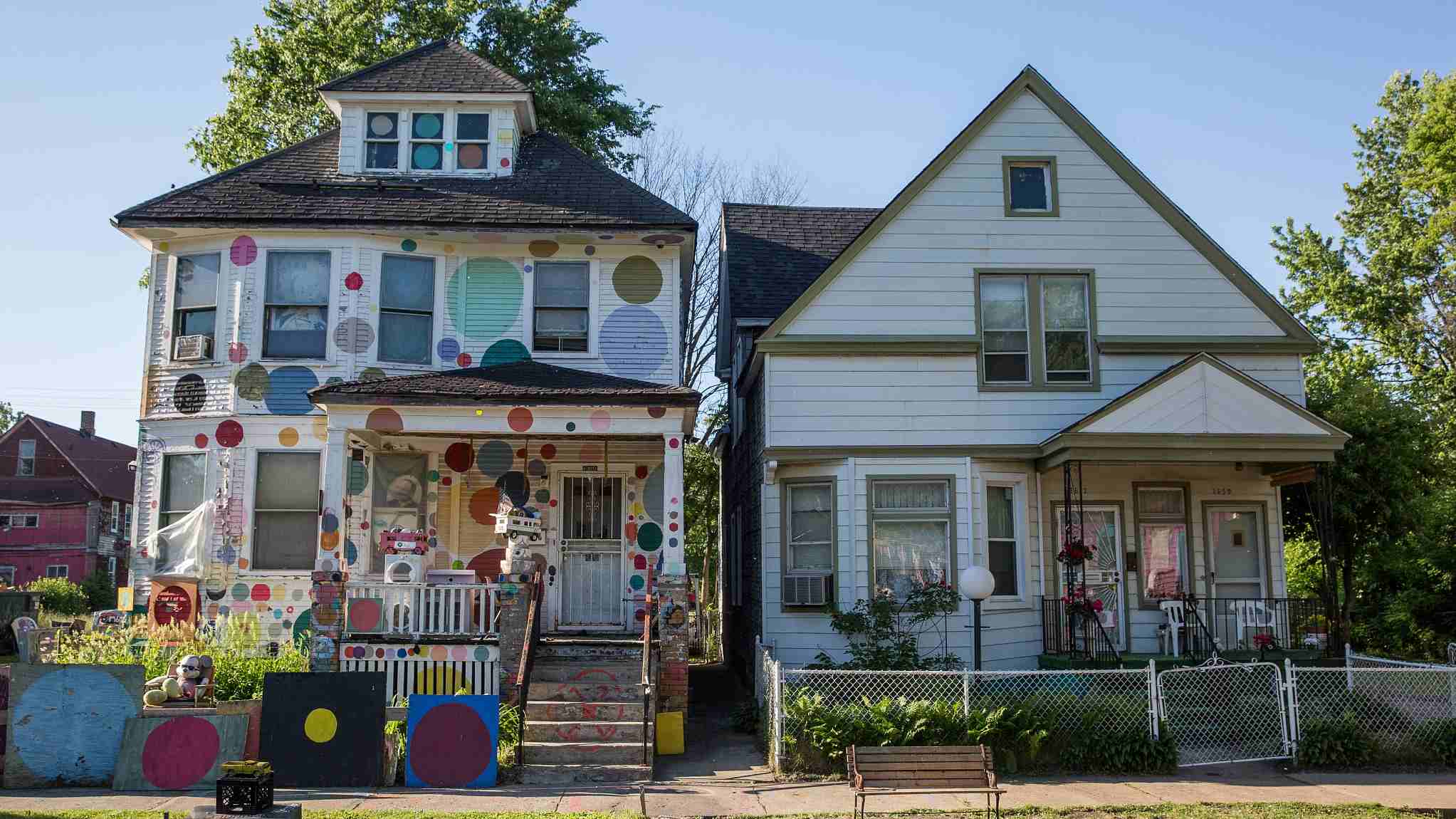 Now, the place has become a tourist attraction. Guyton said that he hoped to improve people’s lives through art. /VCG Photo