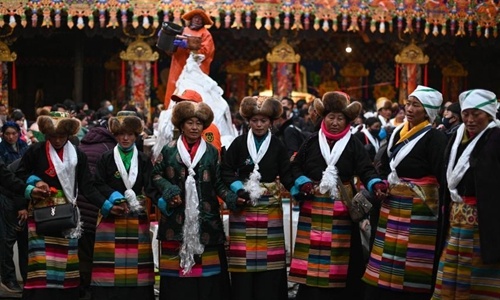 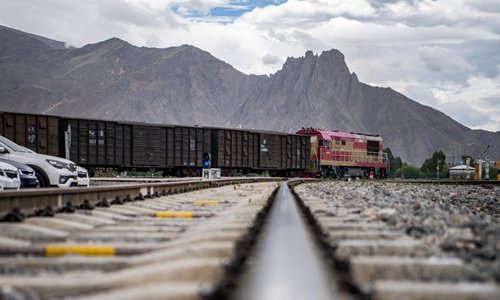 A train arrives at the freight depot of the Lhasa West Railway Station in the capital of Southwest China’s Tibet Autonomous Region, on June 13, 2018. The freight depot is the largest in the region. (Photo: VCG) 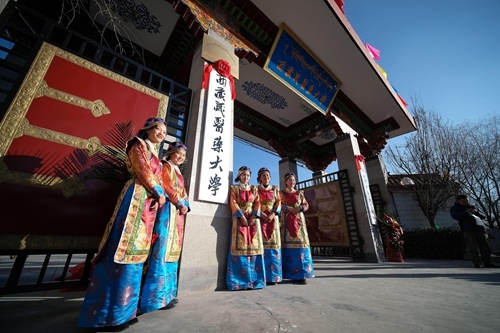