To address a serious water shortage in karst areas in the 1950s and 1960s, water officials urged the masses of the village of Qinglin in Southwest China’s Guizhou Province to dig a canal in the cliffs by the town of Tuanjie near the city of Bijie. (Photos: People's Daily; Produced by Huang Xian and Luo Dafu) 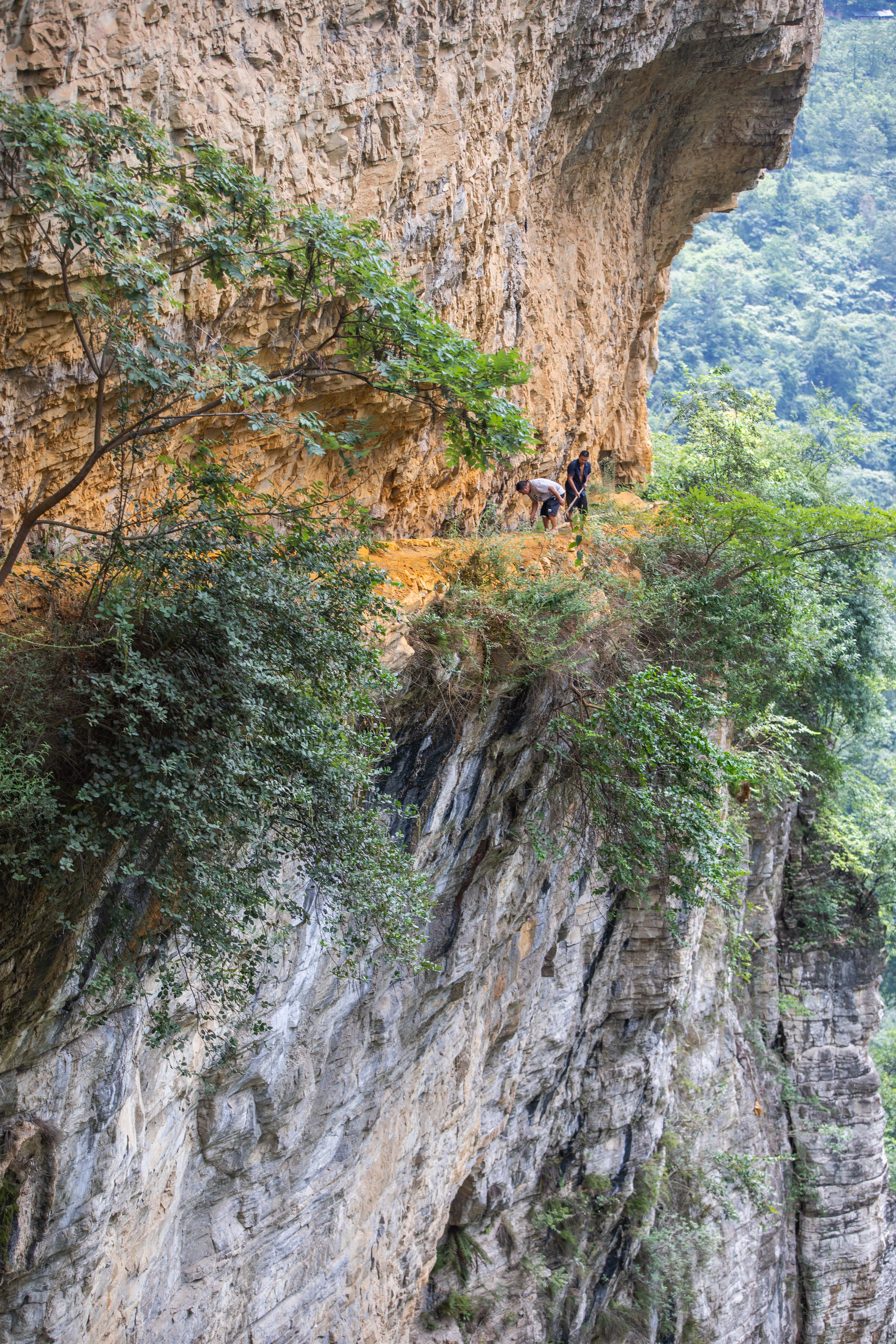 Since it was completed, the people have worked the irrigated land, planted orchards and made the barren hills green. 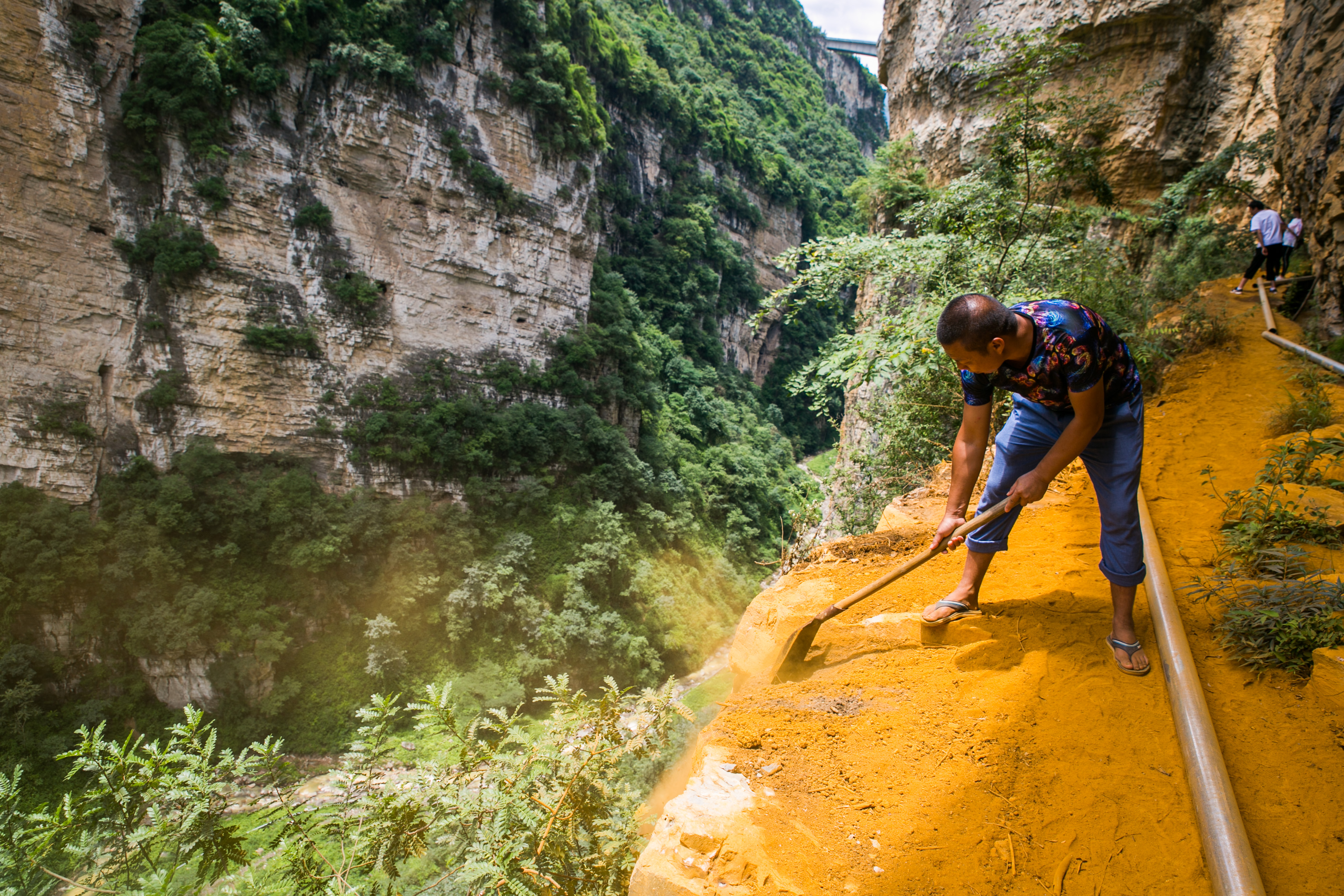 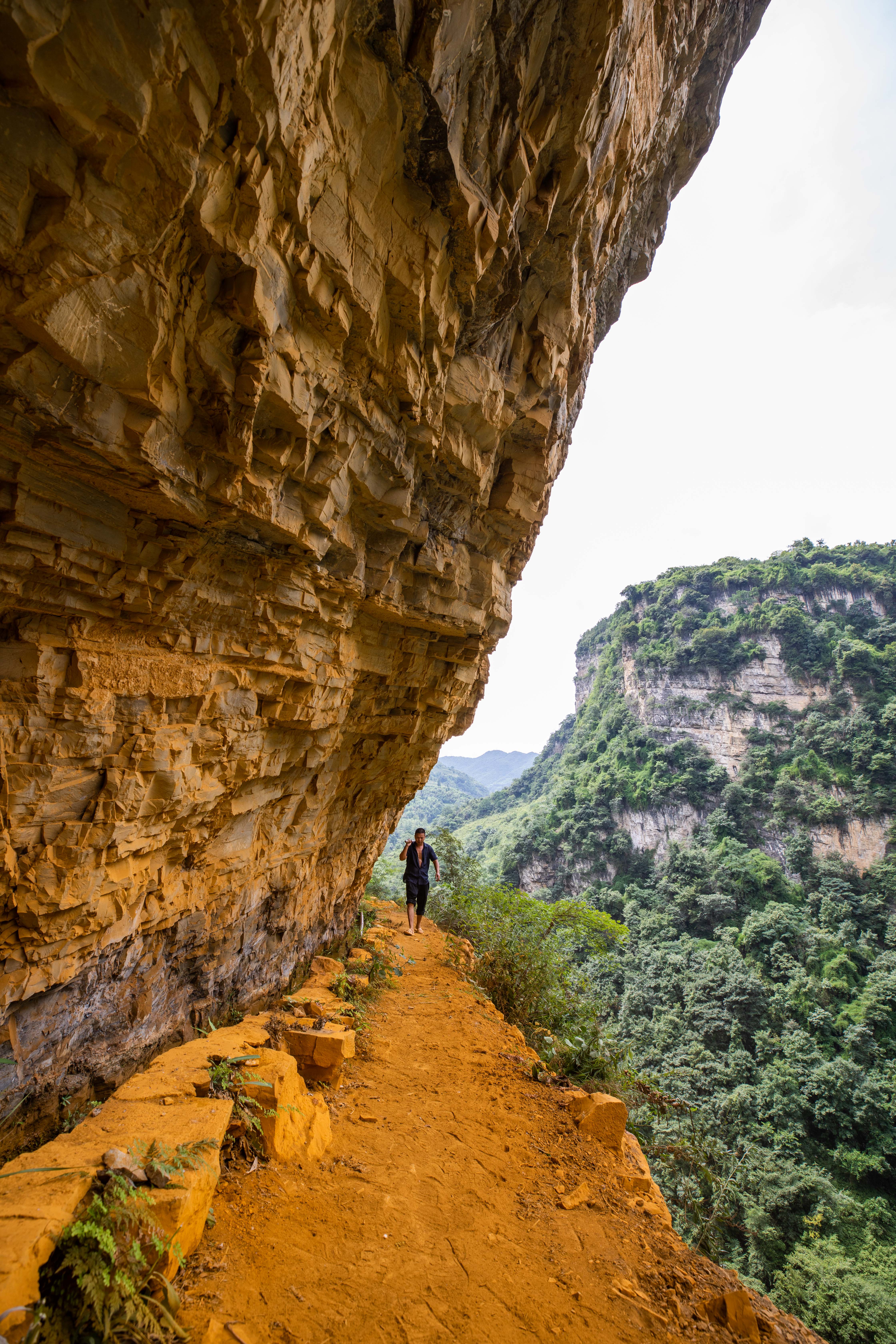 Villagers patrol the canal during slack periods to check everything is still functioning. 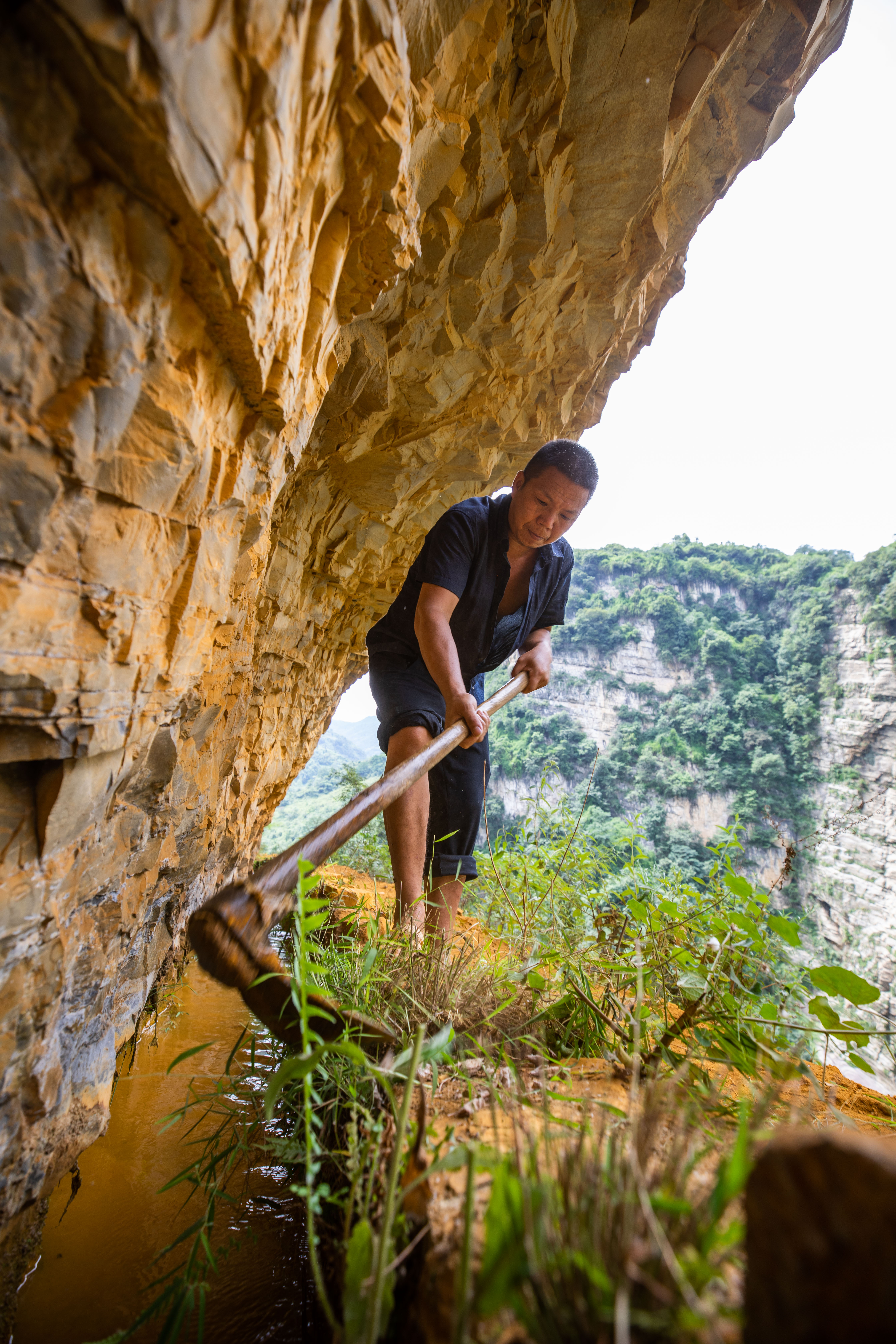 A villager fights weeds by the canal. (Translated by Zhu Naiqing)