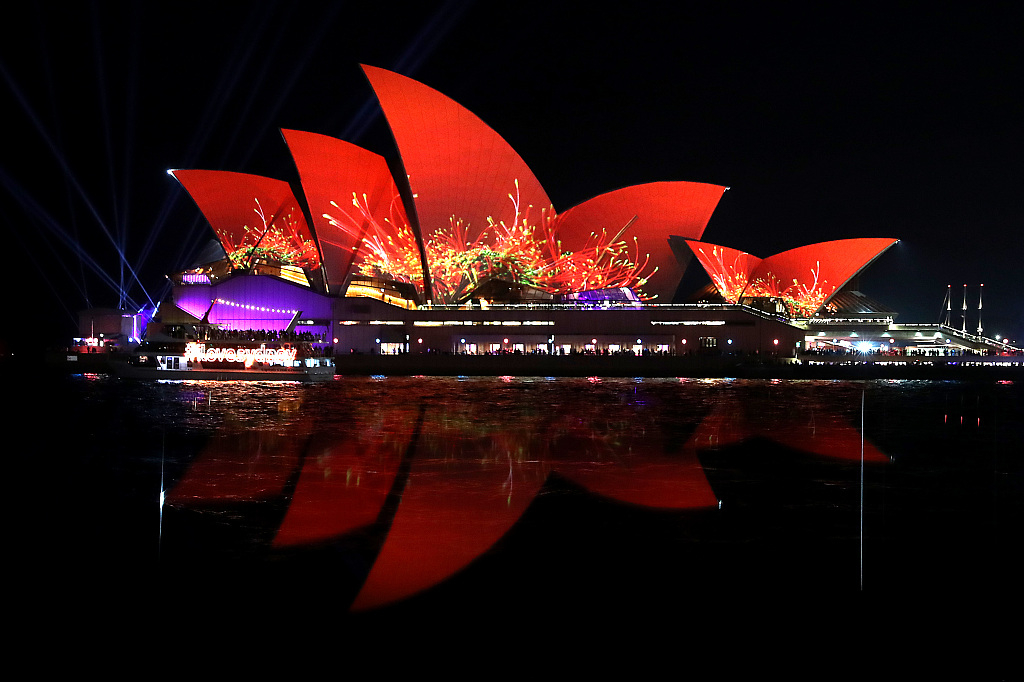 The Sydney Opera House was illuminated by an artwork projection entitled Austral Flora Ballet by artist Thomas Huang on May 24, 2019 in Sydney, Australia. /VCG Photo 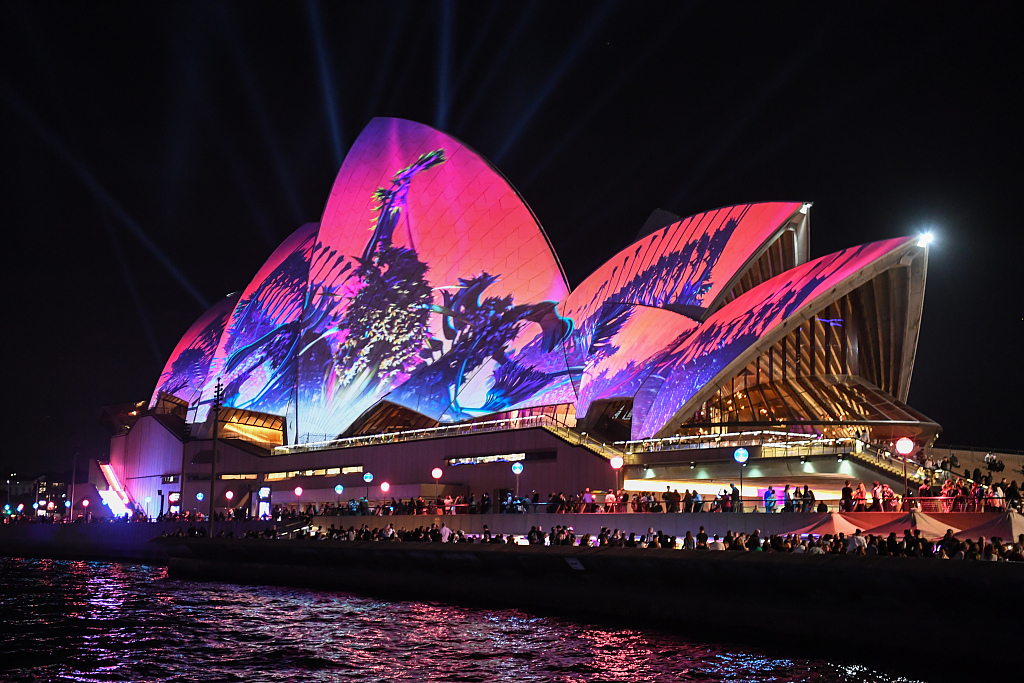 Sydney has once again been transformed into a light and color party as this year's Vivid festival kicked off with a dazzling display across the city's most iconic building. /VCG Photo 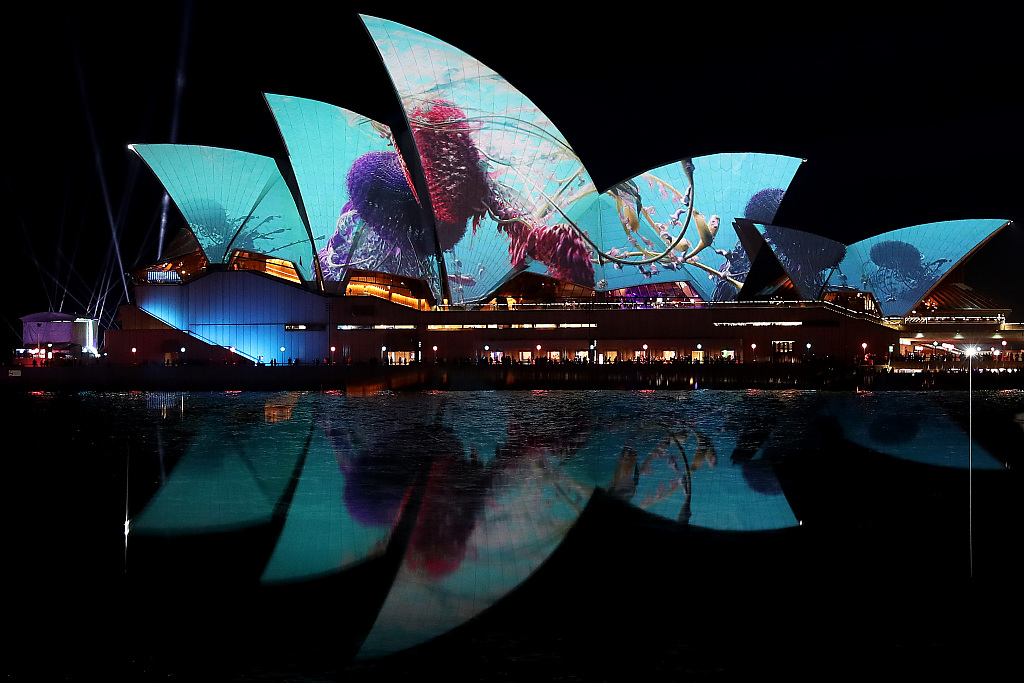 More than two million people are expected to flock to the harbor city from Friday night to gaze at the colorful projections, sculptures and installations in the annual lights, music and ideas festival that lasts for over 23 nights. /VCG Photo 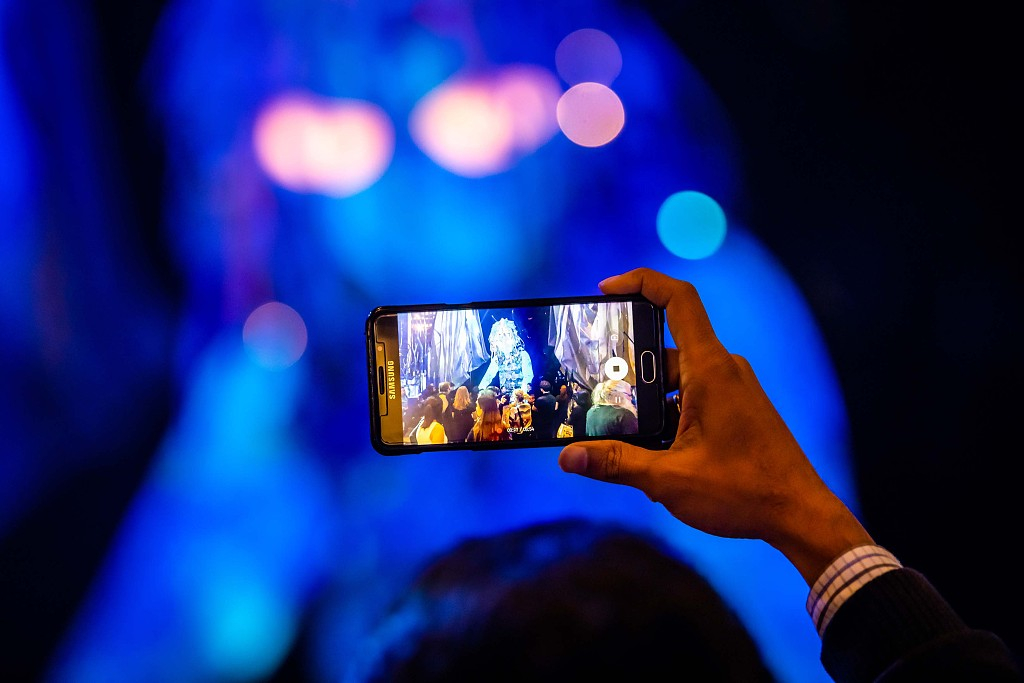 Onlookers were left stunned on Friday night as the sails of the Sydney Opera House were covered in swirls of color that illuminated in the night sky. /VCG Photo