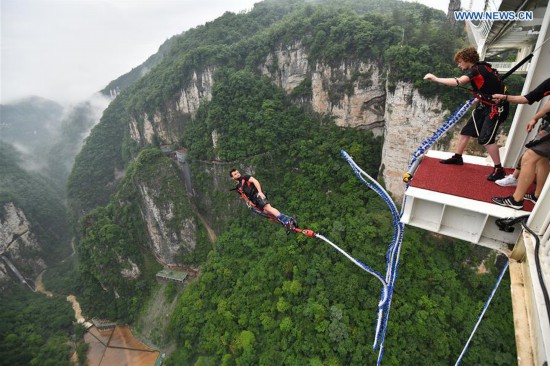 Musicians perform during a sky concert at the Tianmenshan scenic spot of Zhangjiajie, central China's Hunan Province, May 25, 2018. (Xinhua/Zhou Guoqiang) A giant panda cub makes the first public appearance at the Malaysian national zoo near Kuala Lumpur May 26, 2018. (Xinhua/Zhu Wei) Two dressed up pet dogs are displayed by a model on stage during the fashion show of the 2018 Woofstock at the Woodbine Park in Toronto, Canada, May 26, 2018. (Xinhua/Zou Zheng) 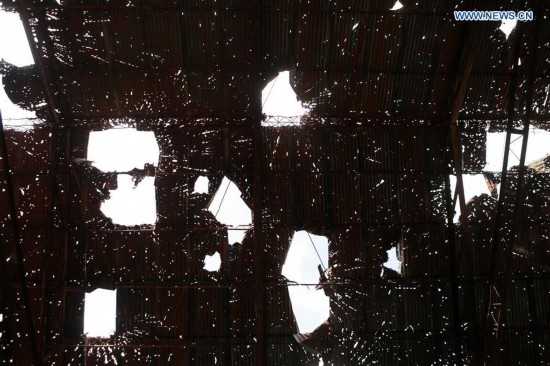 Holes caused by bullets and airstrikes are seen on the ceiling of a destroyed church in the war-torn Marawi City, the Philippines, May 22, 2018. (Xinhua/Rouelle Umali) Top leader of the Democratic People's Republic of Korea (DPRK) Kim Jong Un (L) hugs South Korean President Moon Jae-in during their meeting on the DPRK side of the border village of Panmunjom May 26, 2018. (Xinhua) A model poses for a picture at the RHS Chelsea Flower Show in the grounds of the Royal Hospital Chelsea in London, Britain, on May 21, 2018. (Xinhua/Tim Ireland) Aerial photo taken on May 19, 2018 shows a scene of Diaolongzui Village at the foot of the Laoshan Mountain in Qingdao, east China's Shandong Province. (Xinhua/Guo Xulei) 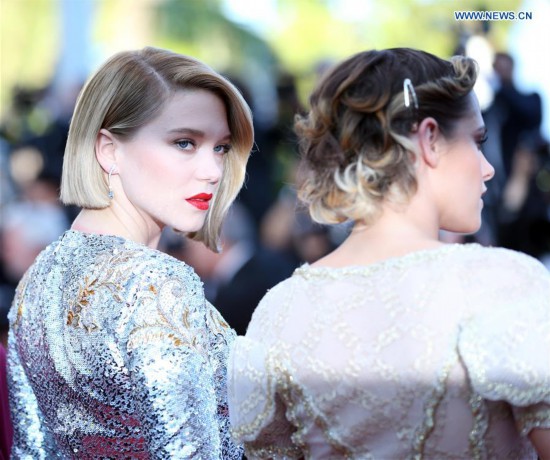 GEICO Skytypers team performs during the 15th Bethpage Air Show over the Jones Beach in New York, the United States, on May 26, 2018. (Xinhua/Li Rui)