PHOTOS What can a bucket do? Lot more than you think

What can a bucket do? Lot more than you think A movie poster of One Bucket. Migrant workers hold paint buckets when embarking a train ahead of the Spring Festival at Jiaxing Railway Station in Zhejiang province, on Jan 21, 2011. [Photo/VCG] A man sits on a pile of buckets when waiting for a train at Luoyang Railway Station in Henan province, on Jan 28, 2019. [Photo/VCG] An elderly person carrying empty paint buckets walks down a mountain to fetch water at Langwo village in Shandong province, May 26, 2017. [Photo/VCG] 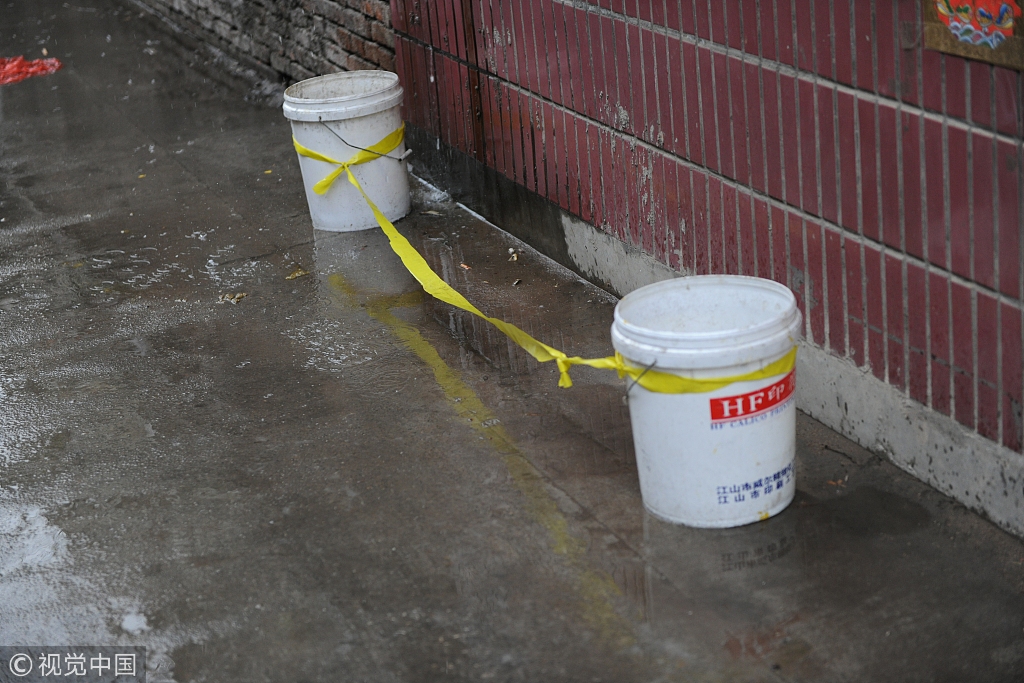 Plastic buckets are used to occupy a parking space at a residential community in Jinan, Shandong province, April 1, 2015. [Photo/VCG] Paint buckets are used as dividing blocks on a road in Zhengzhou, Henan province, April 13, 2016. [Photo/VCG] Residents of Niumian village in Anhui province use plastic buckets as blocks to prevent vehicles from running over crops they dried on the road, Sept 20, 2016. [Photo/VCG] Paint buckets and plastic bottles are used to grow vegetables at a residential community in Jinan, Shandong province, Jan 9, 2018. [Photo/VCG] Paint buckets are piled up on top of each other to form the number "2017" at a residential community in Zhengzhou, Henan province, Jan 20, 2017. [Photo/VCG] 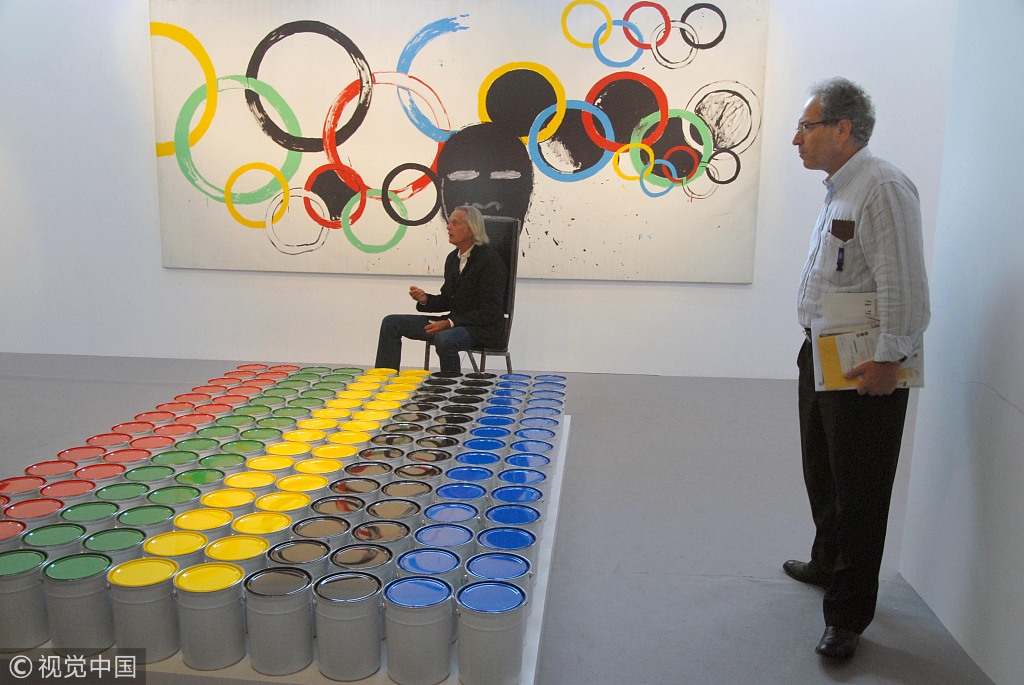 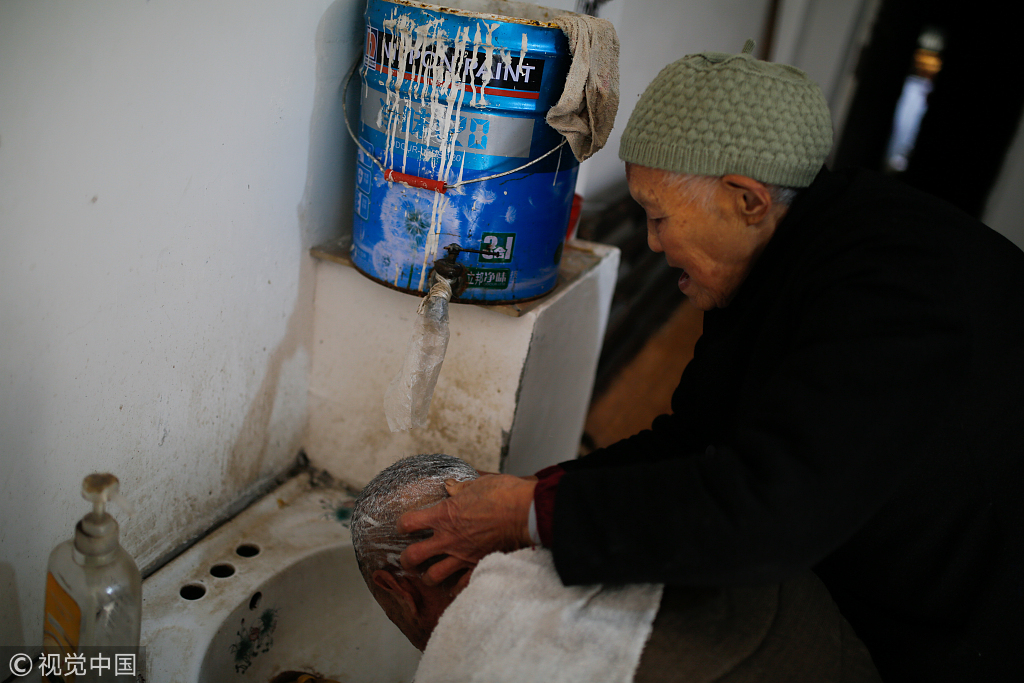 An elderly barber washes the head of a customer with water flowing from a paint bucket at a barber shop in Chongqing municipality, Nov 24, 2017. [Photo/VCG] Residents in Hanzhong, Shaanxi province, use paint buckets and plastic bottles to fetch water from a public toilet, Jan 7, 2019. [Photo/VCG]