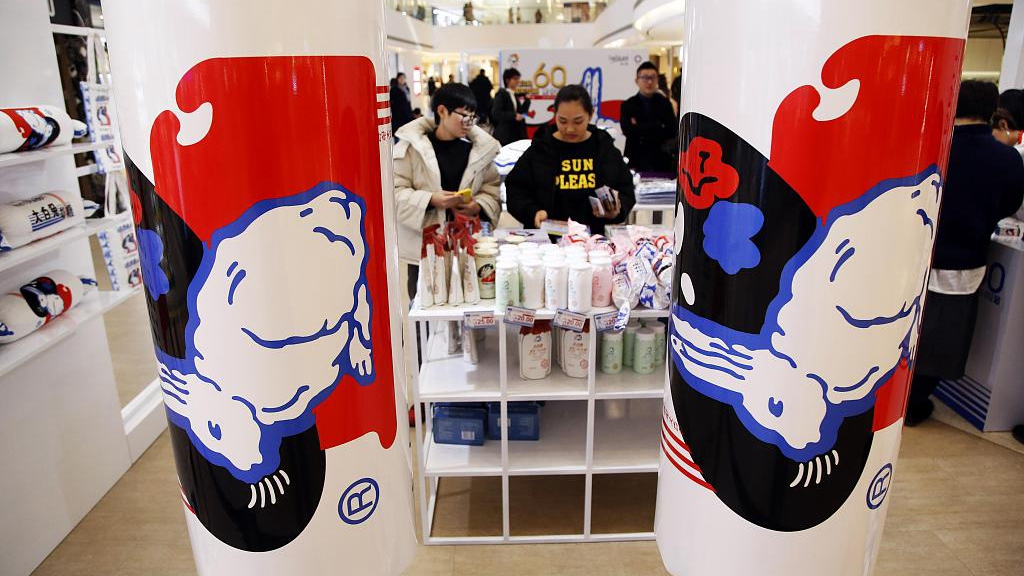 White Rabbit, a household candy brand and staple among those with a sweet tooth in China, marked its 60th anniversary Jan. 18 in Shanghai with a pop-up store and exhibition. /VCG Photo The Shanghai-based candy brand, born in 1959, is widely recognized for its iconic rabbit mascot and edible rice paper wrapping in red, blue and white. /VCG Photo 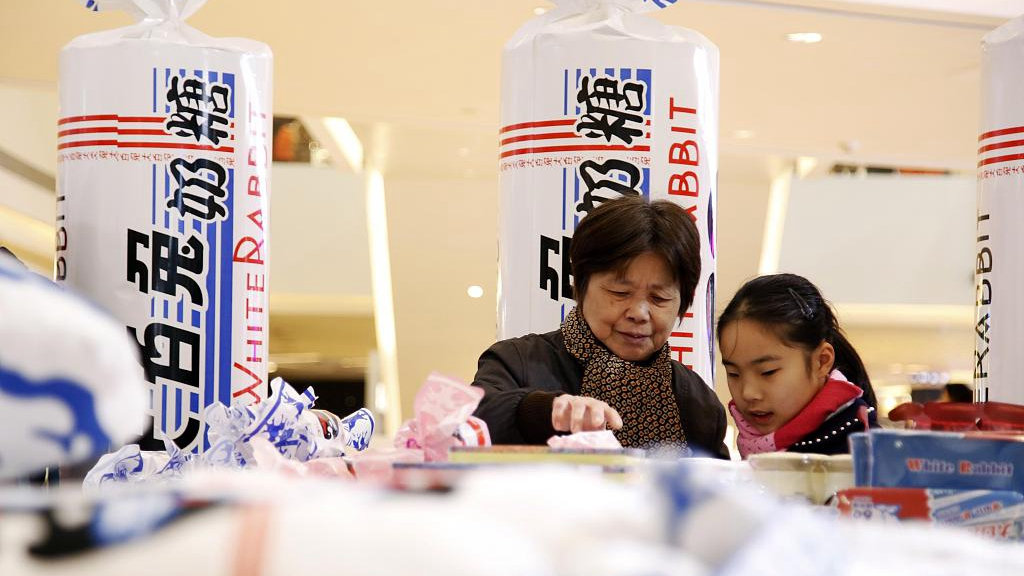 Often dubbed the taste of childhood for many generations of Chinese, the candy chew has also been synonymous with Shanghai's transformation, and is regarded as an example of China's reform and opening-up in its history of expansion at home and abroad. /VCG Photo