PHOTOS Will 'Trump Baby' fly again to welcome his arrival in the UK?

Will 'Trump Baby' fly again to welcome his arrival in the UK?

The inflatable Trump Baby balloon is tested, cleaned and presented to the media in north London, United Kingdom, May 22, 2019. (Photos: VCG) 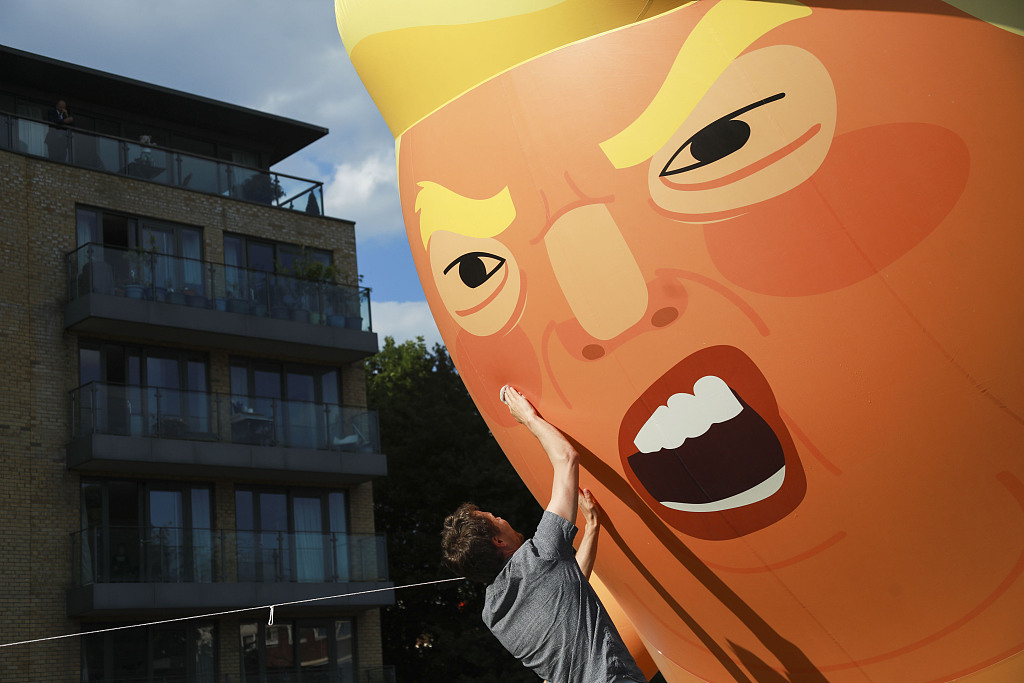 The Trump Baby last 'flew' over Parliament Square when the US President Trump last visited the United Kingdom in 2017, causing great controversy. The balloon sarcastically depicts Trump as an angry orange baby holding a smartphone. 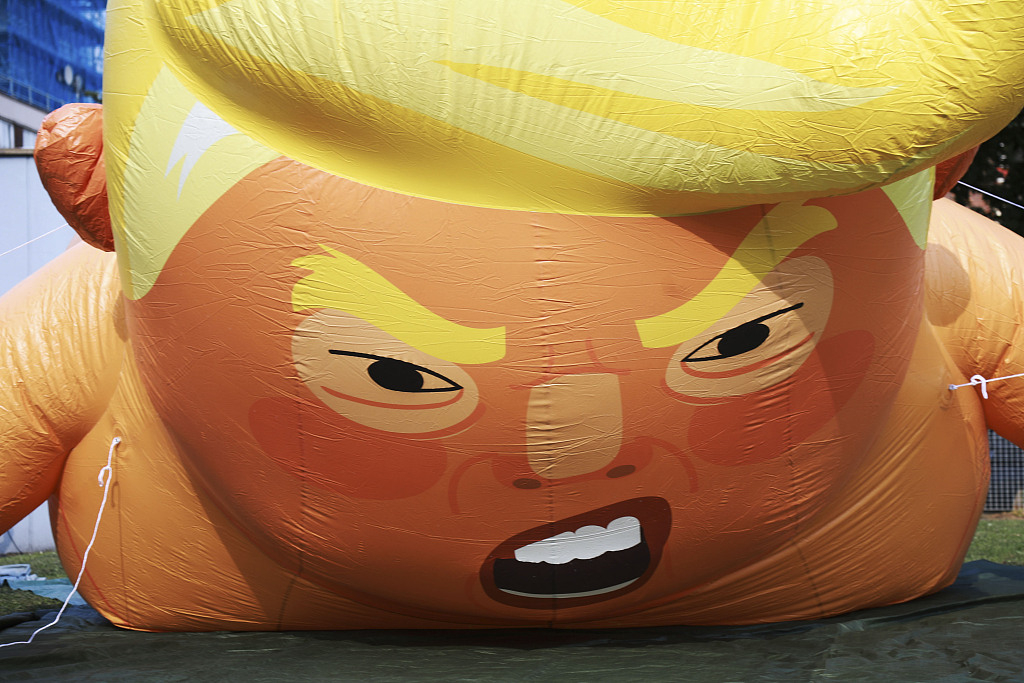 The team behind the Trump Baby say they are making the necessary preparations to fly the balloon again in London. But they insist that they want their intervention to help focus attention and financial support on what they say are the groups across North America and the UK which have been pushing back against the politics of hate and division that are represented by Trump. The organizers say that the Trump Baby balloon will only fly if the fundraising has reached by June 3, the day Trump arrives in the United Kingdom.