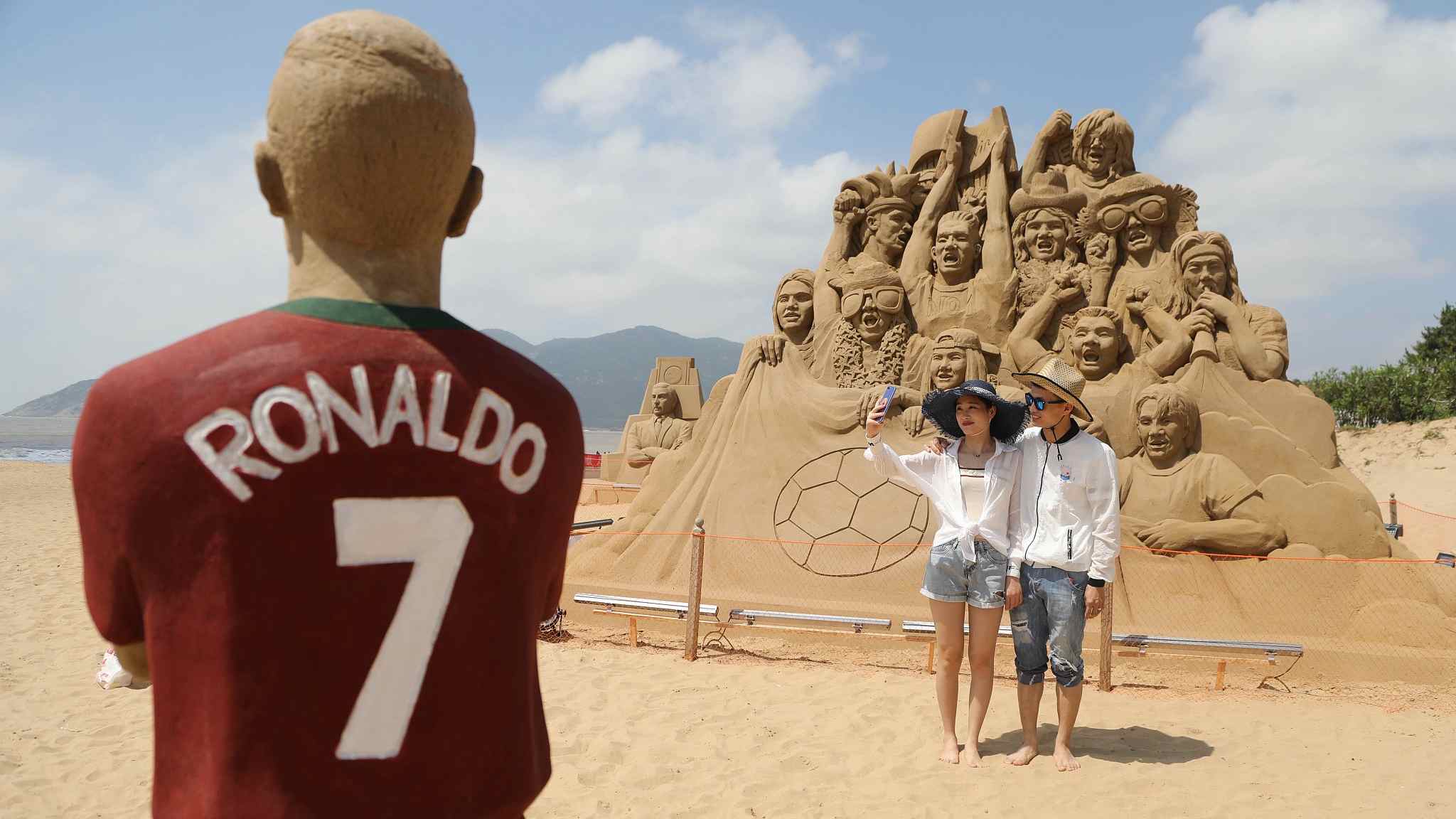 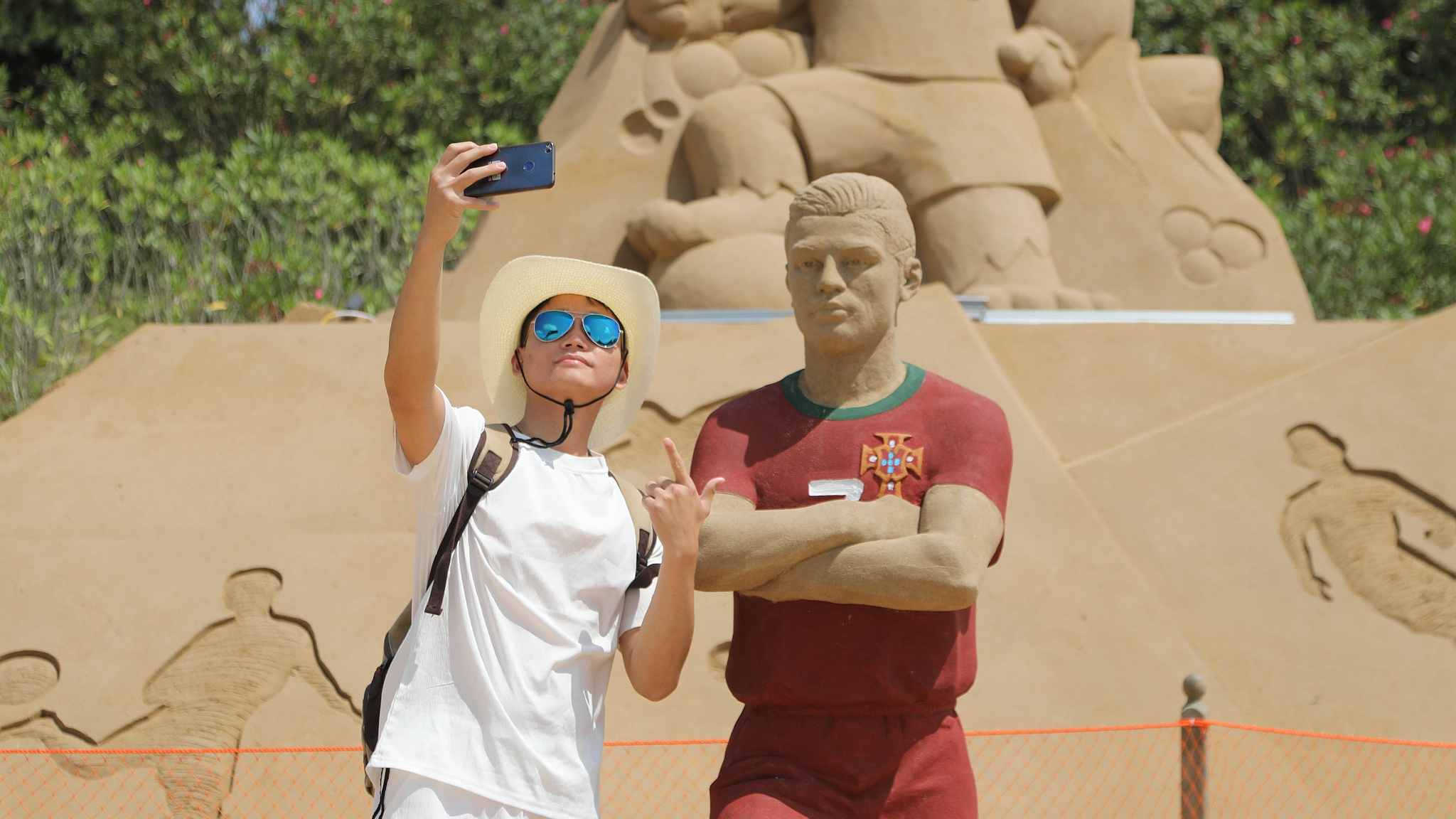 Depicting numerous football legends and celebrities and the fanatic spirits of the World Cup goers, the vivid sculptures of footballers draw attention from tourists. /VCG Photo 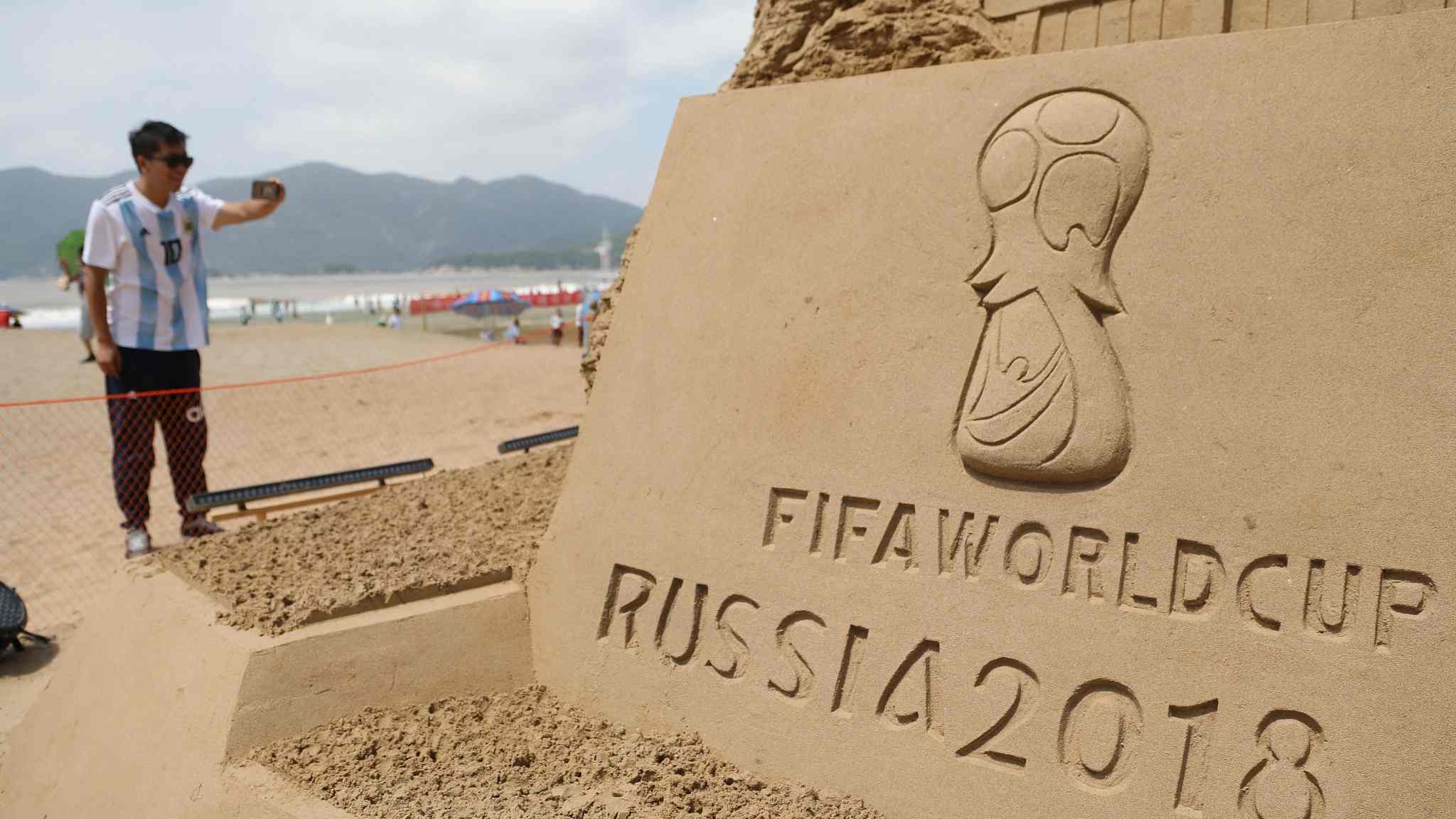 Amongst the sculptures, ones of the Argentine footballer Lionel Messi and Portuguese star Cristiano Ronaldo stand out the most, as the resemblance is hard to miss. /VCG Photo 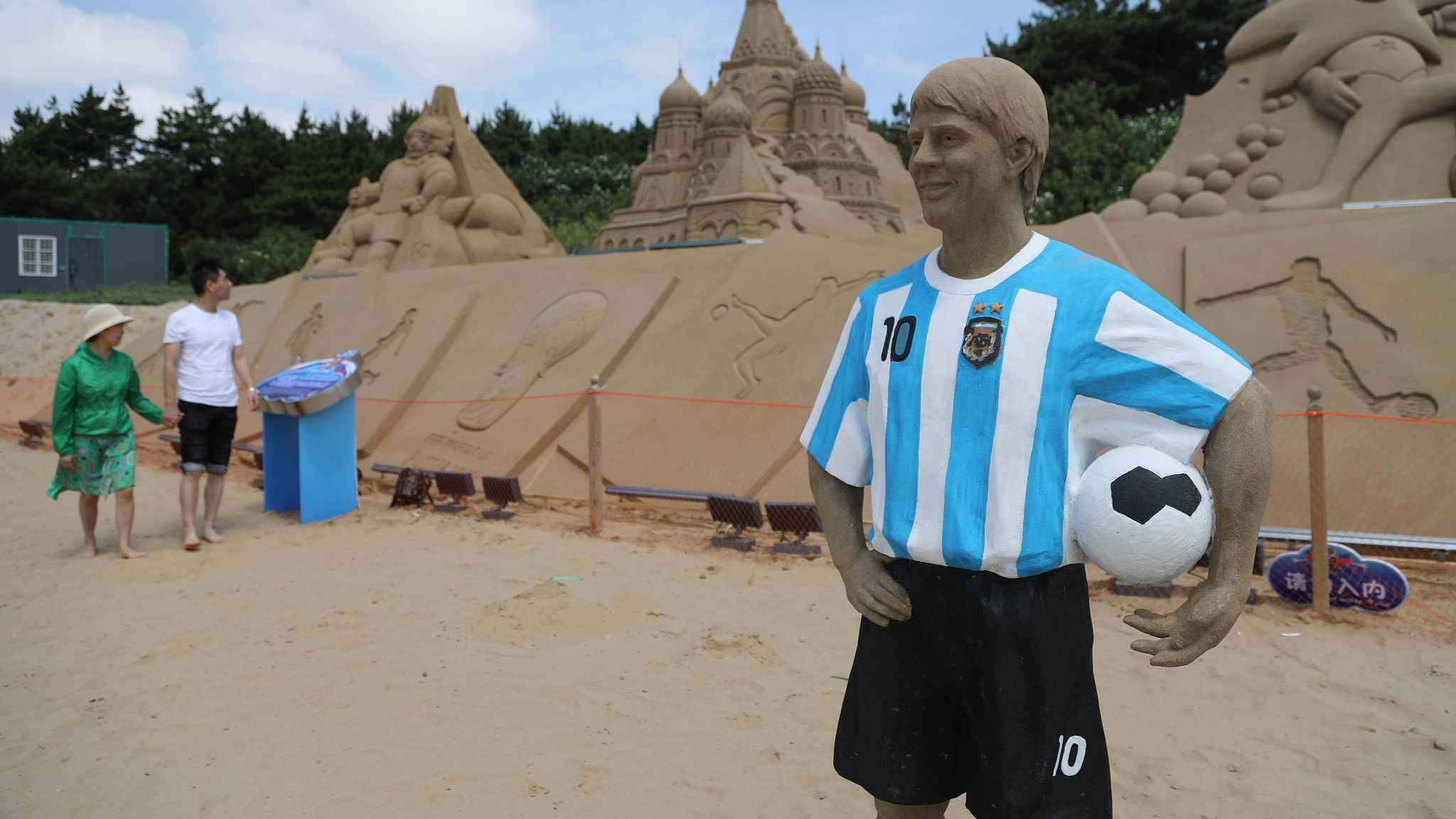 Opened in the recent kickoff for the World Cup, an array of football-related activities including beach football games will also be held near the site, according to the event manager. /VCG Photo