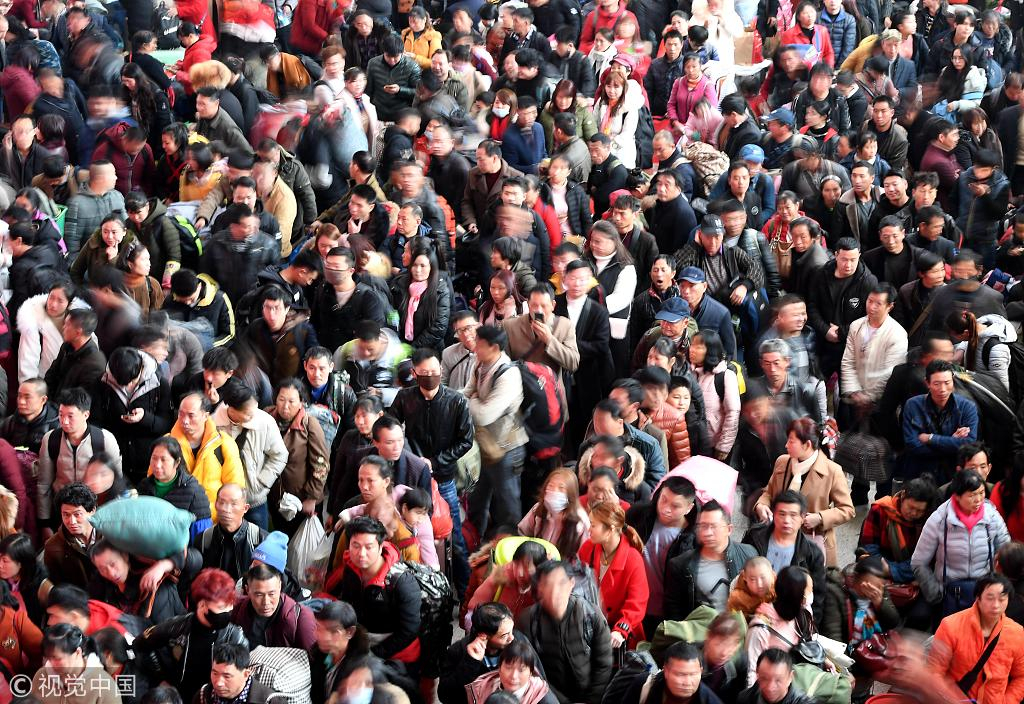 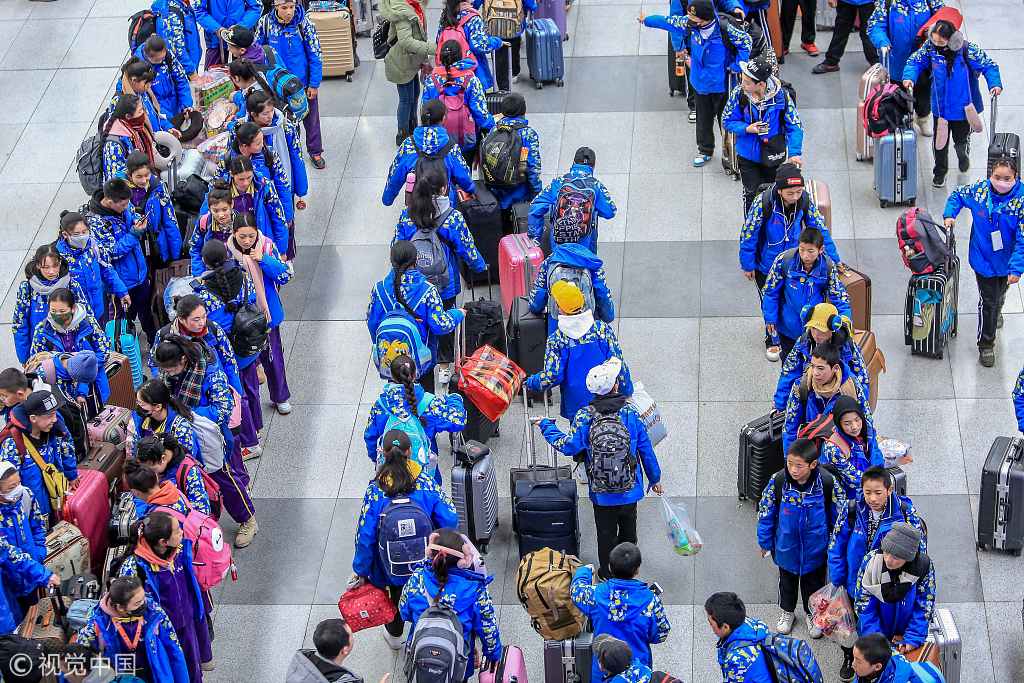 In Shenyang North Station, northeast China’s Liaoning Province, over 150 students who are from northwest China’s Qinghai Province were waiting for the train home.

It takes two days to go back home. 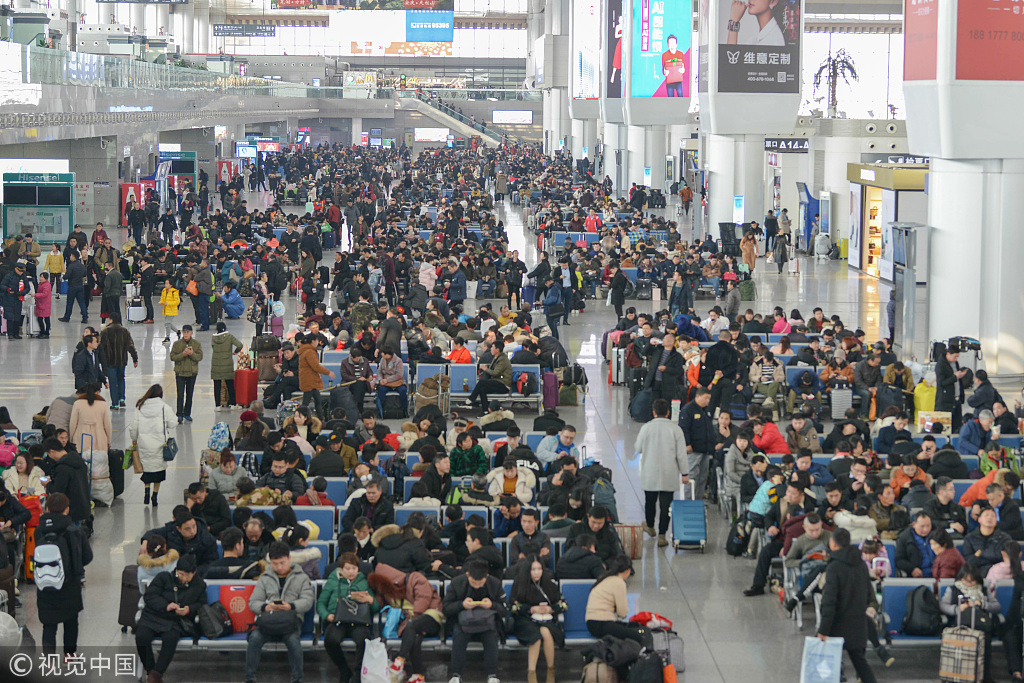 The waiting room of Nanjing South Station, east China’s Jiangsu Province, is filled with commuters. Reckon over 11 million people will be traveling in and out of Nanjing in the next 40 days.

According to China Railway Corporation, over 10 million commuters will be traveling per day during this period, either on the way home or going back to working places. (Photos: VCG)