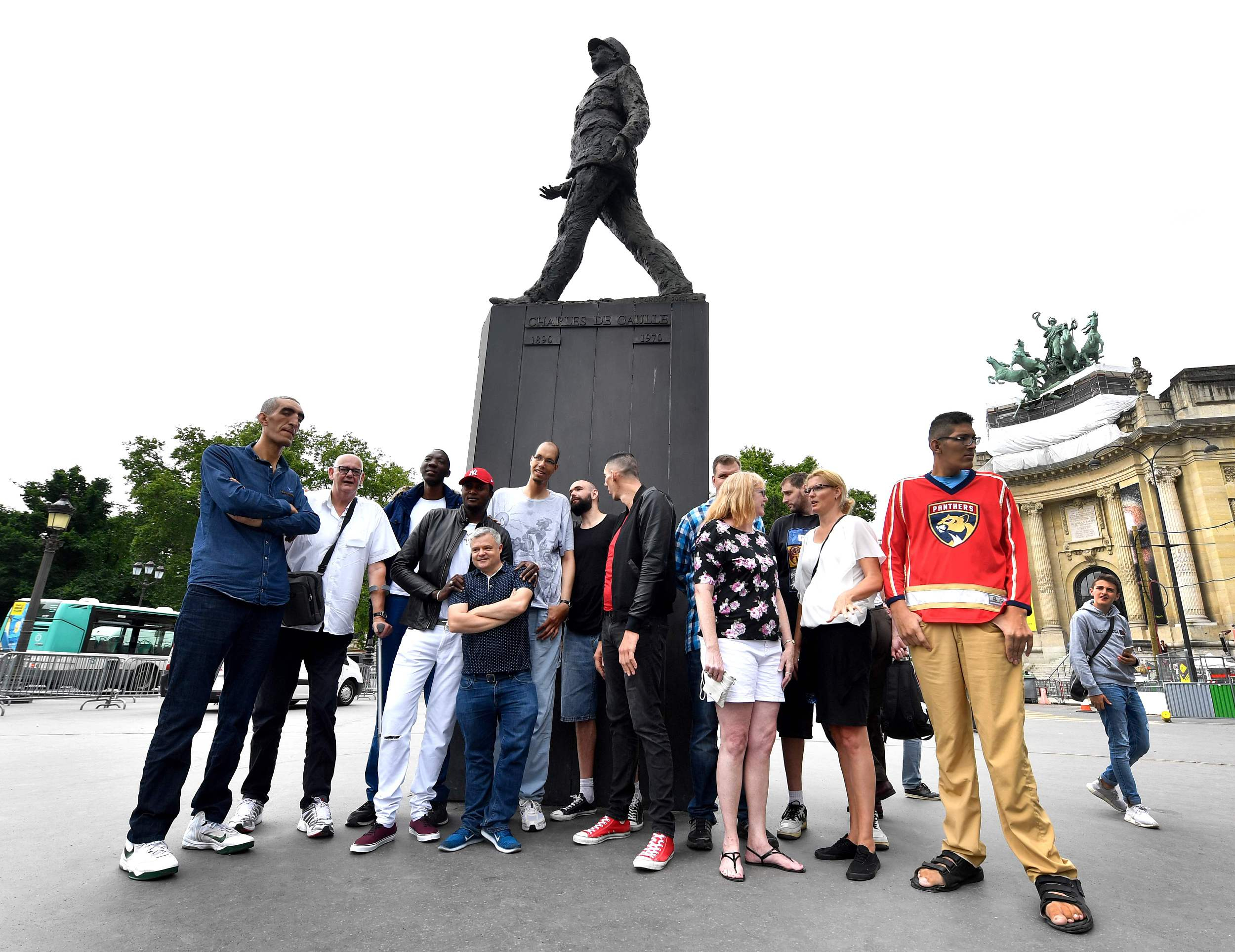 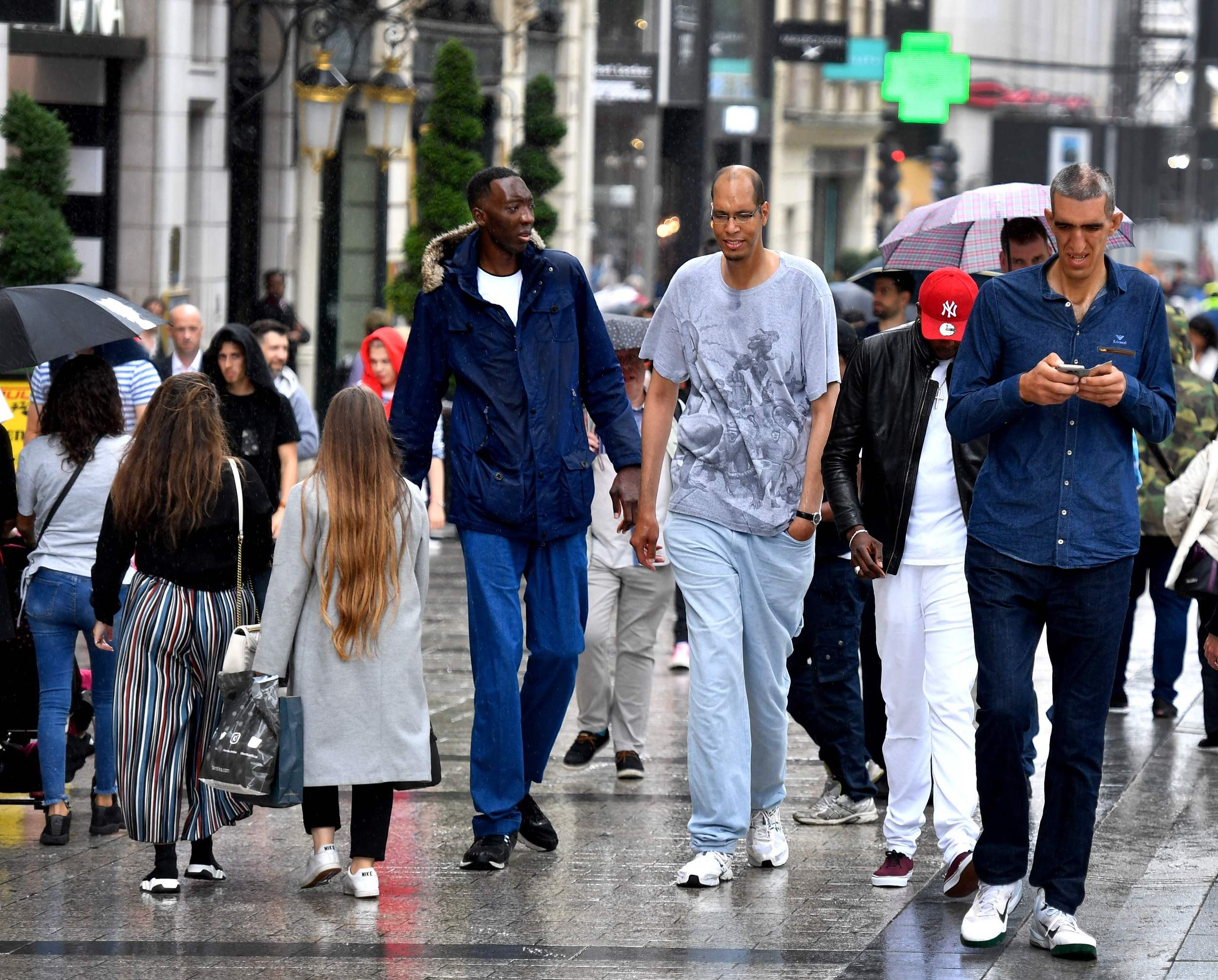 One of the men is of two meters 46 centimeters tall, another has a shoe size of 68...these giants hold some big world records. /VCG Photo 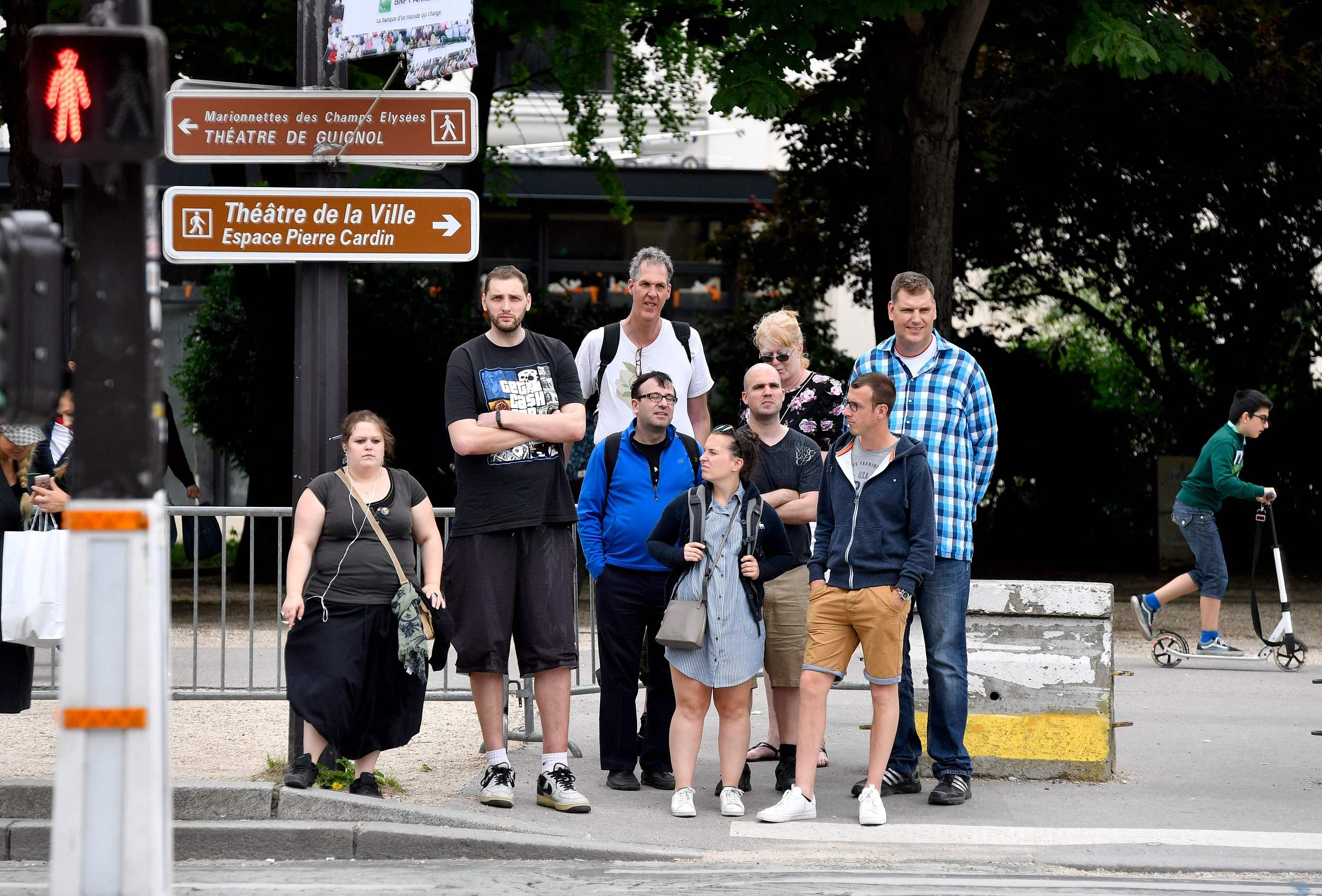 A few of the world's tallest men gathered for a day out in Paris, taking in the city's famous sights. /VCG Photo