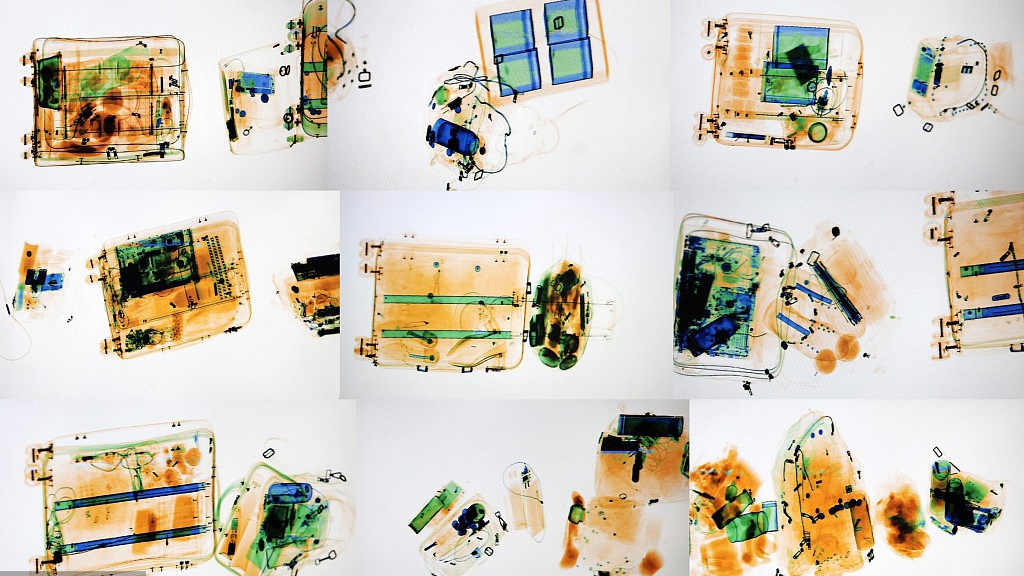 Can you tell what’s packed inside these suitcases based on the X-Ray scans? A series of X-Ray images of baggage offers an interesting glimpse into the Spring Festival travel rush which began January 21. As millions of Chinese bring home festive goodies mainly made up by food and beverage items. /VCG Photo 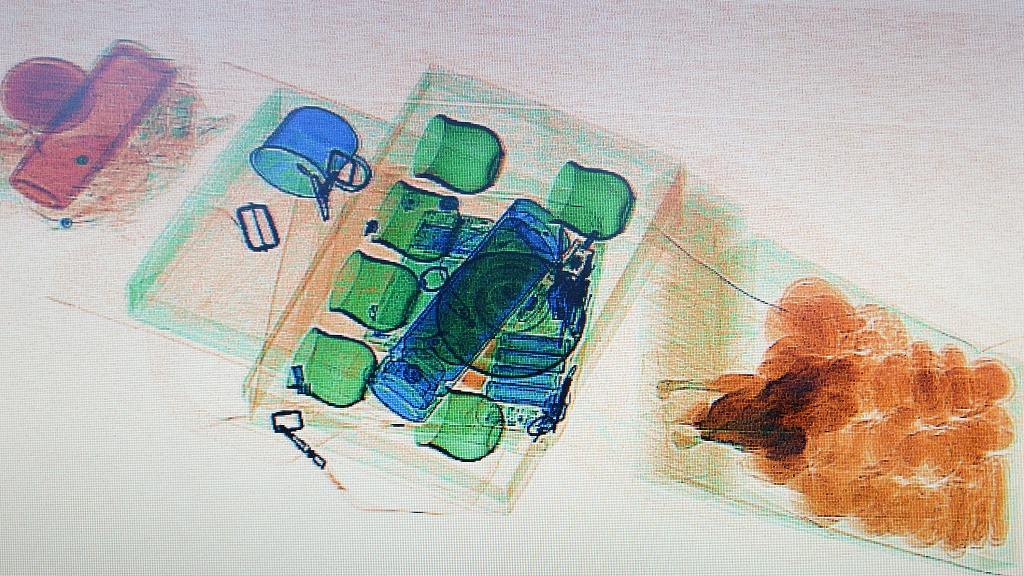 Luggage captured with items of what perhaps look like a box of glasses and a cooked chicken could be seen in the pictures. /VCG Photo 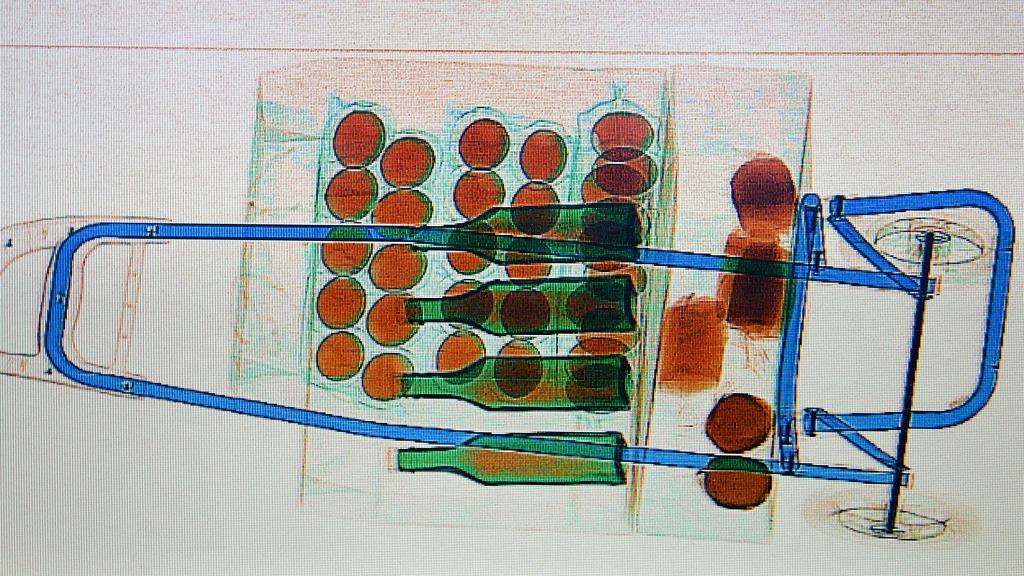 Other items people brought home during the Spring Festival might include fruits, drinks, as well as kitchen appliances, based on these X-Ray scans. /VCG Photo

From January 21 to March 1, nearly three billion trips are estimated to be made via China's transport system, as people set off for family gatherings or tours, Xinhua reports. /VCG Photo