PHOTOS Xi'an's subway brings the Tang Dynasty back to life

Xi'an's subway brings the Tang Dynasty back to life 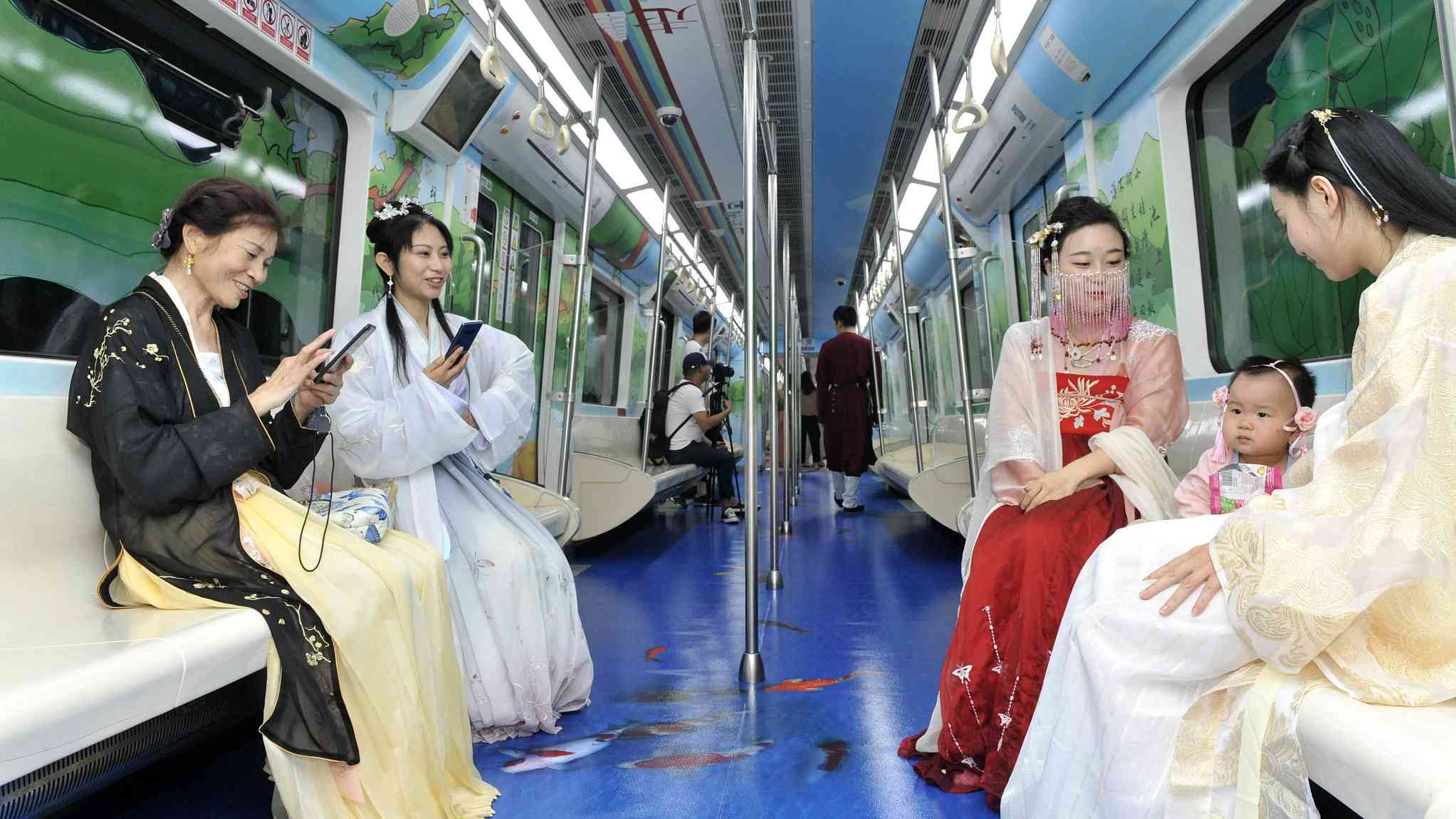 Passengers on Xi’an's subway can now have a glimpse of one of the most prosperous Chinese dynasties. /VCG Photo 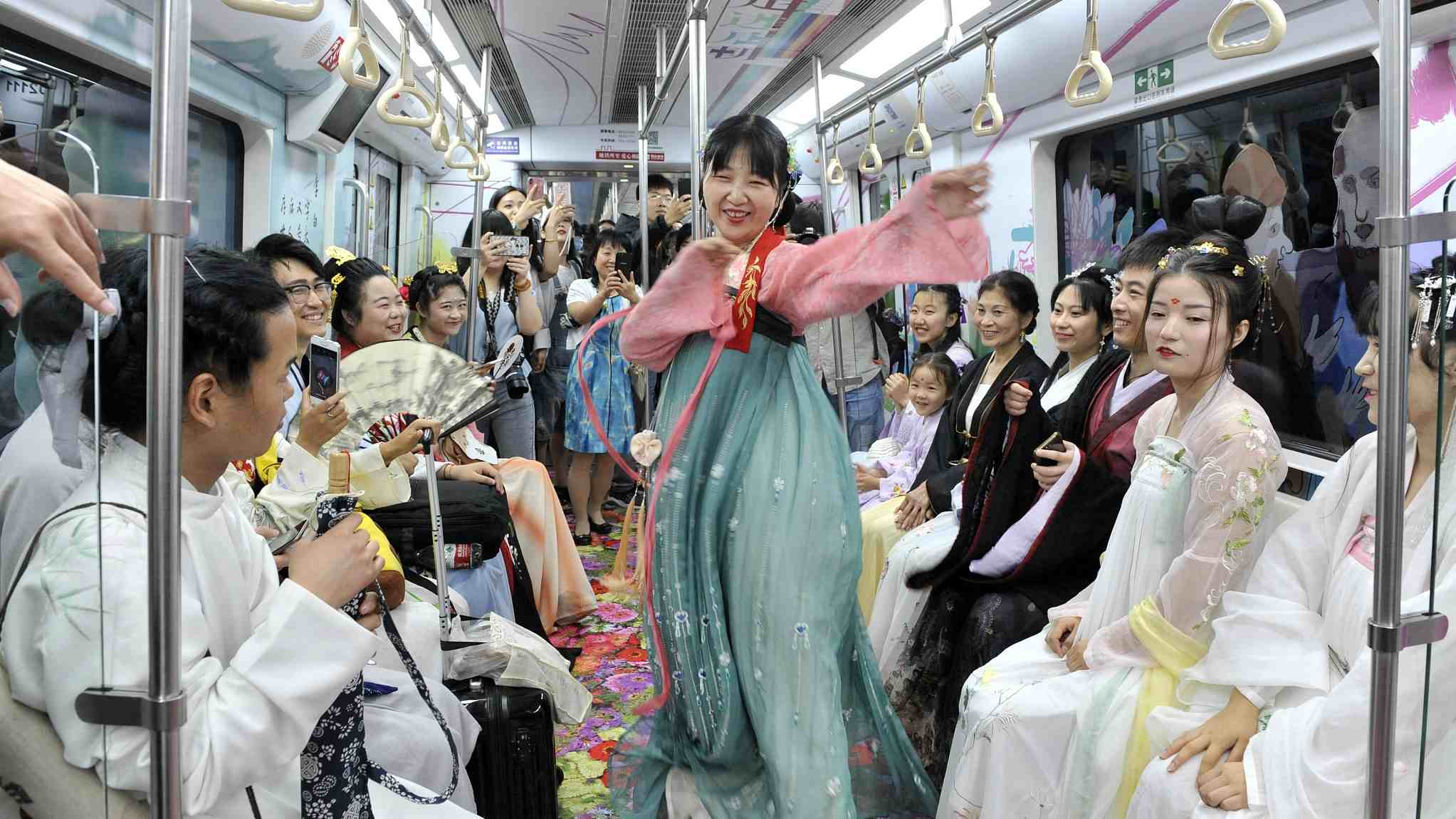 The ancient city in Shaanxi Province launched a special train on Monday in a bid to recreate scenes from the Tang Dynasty (618-907), using ancient poems, costumes and art. Xi’an, formerly known as Chang’an, was the capital of the Tang Dynasty and the most populous city in the world at that time. /VCG Photo 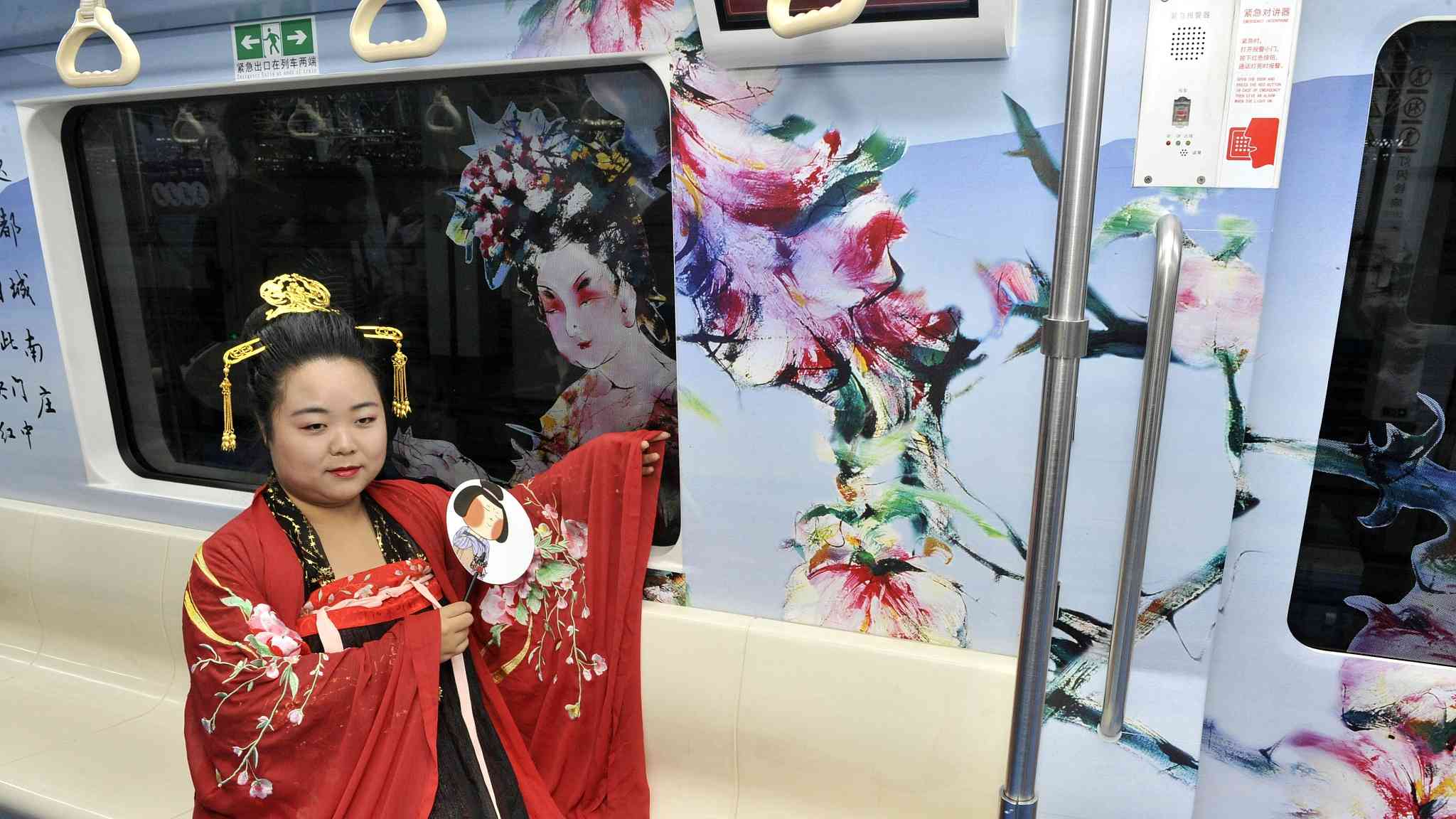 Organizers have invited a group of performers dressed in Tang style to present the charm of the golden age of cosmopolitan culture. /VCG Photo 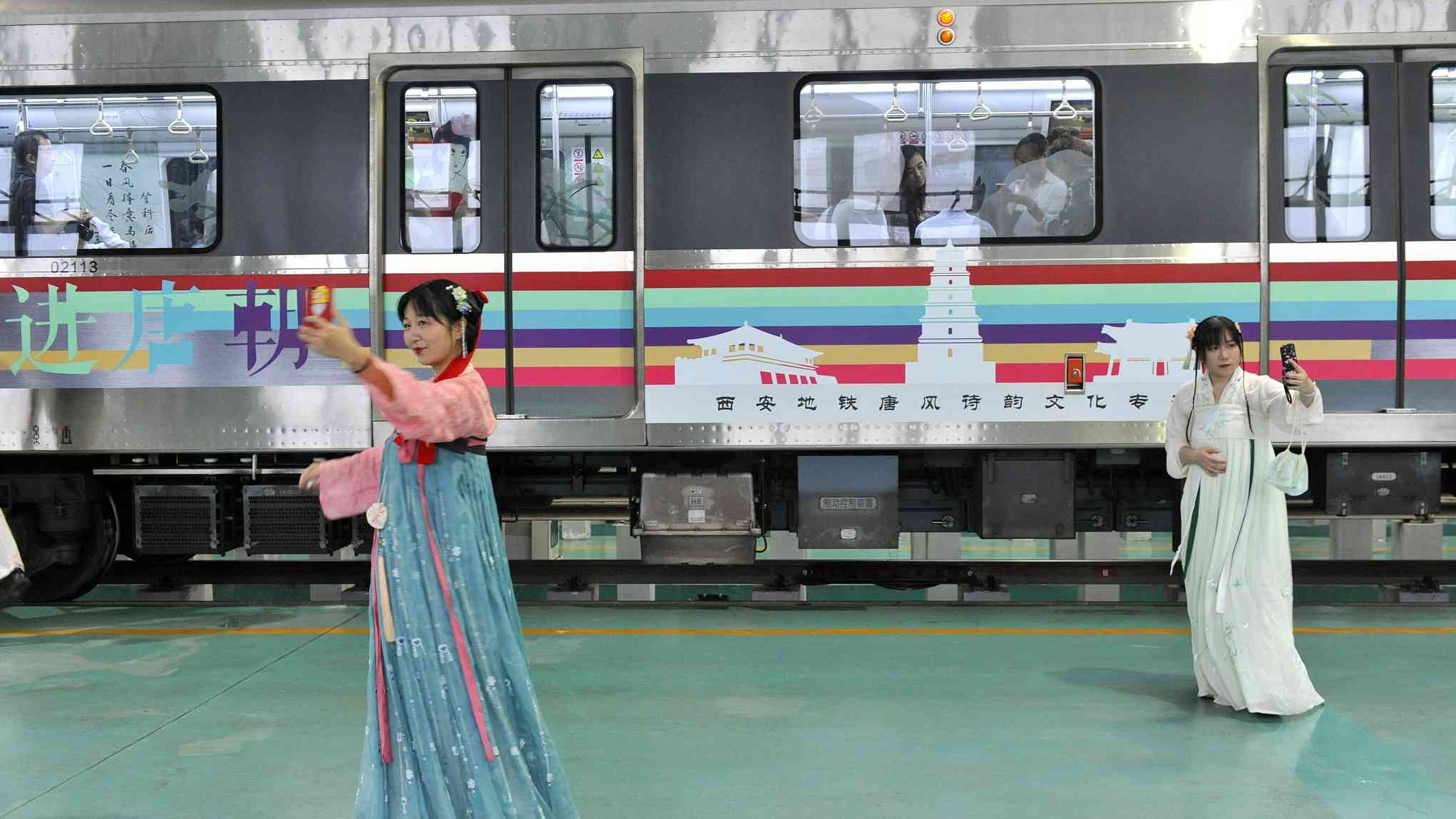 A video featuring the debut posted to Douyin, the leading video-sharing platform in China, has received more than 5 million views. /VCG Photo