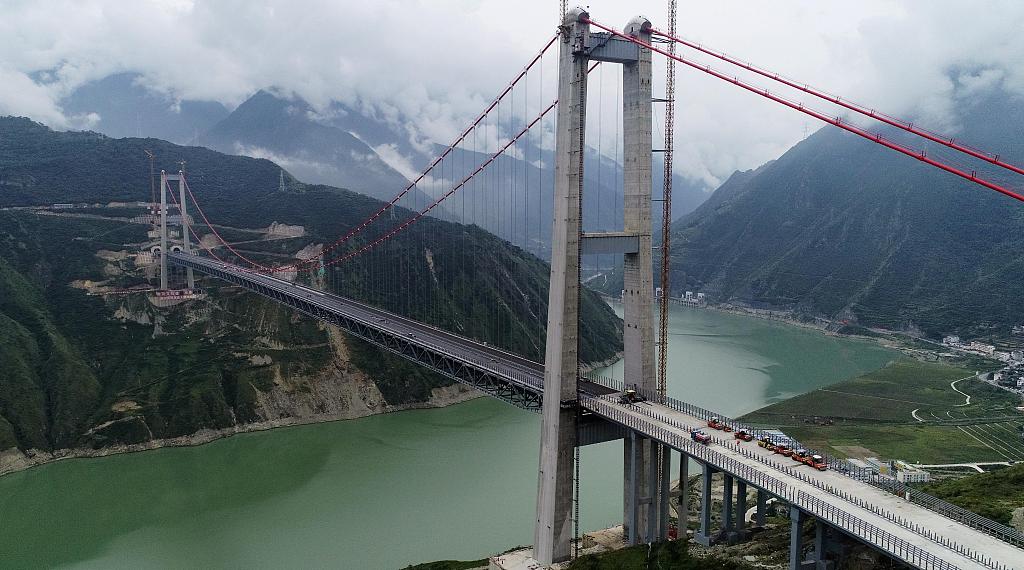 Xingkang Bridge is China’s first bridge to link Sichuan and Tibet. The bridge cost one billion yuan and took five years to build. 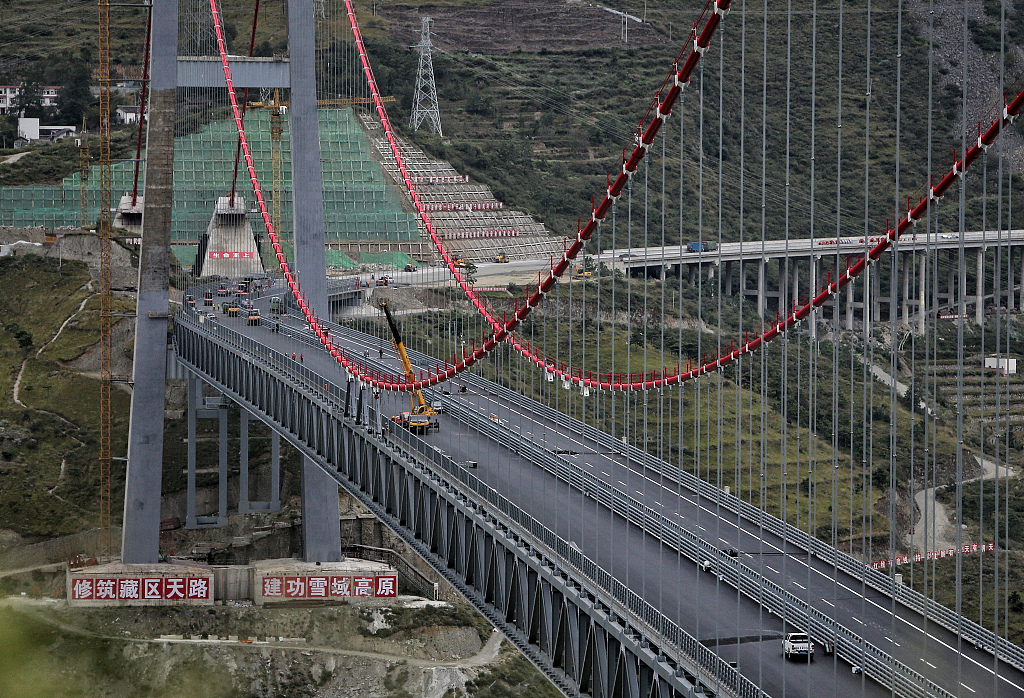 A four-day pre-opening load test was carried out from December 15-18 on the Xingkang Bridge of Yakang expressway. The bridge underwent a dynamic load test on December 18, the bridge’s final test.

Four large trucks conduct a test in the middle of the bridge.

Trucks are conducting a test in the middle of the bridge. 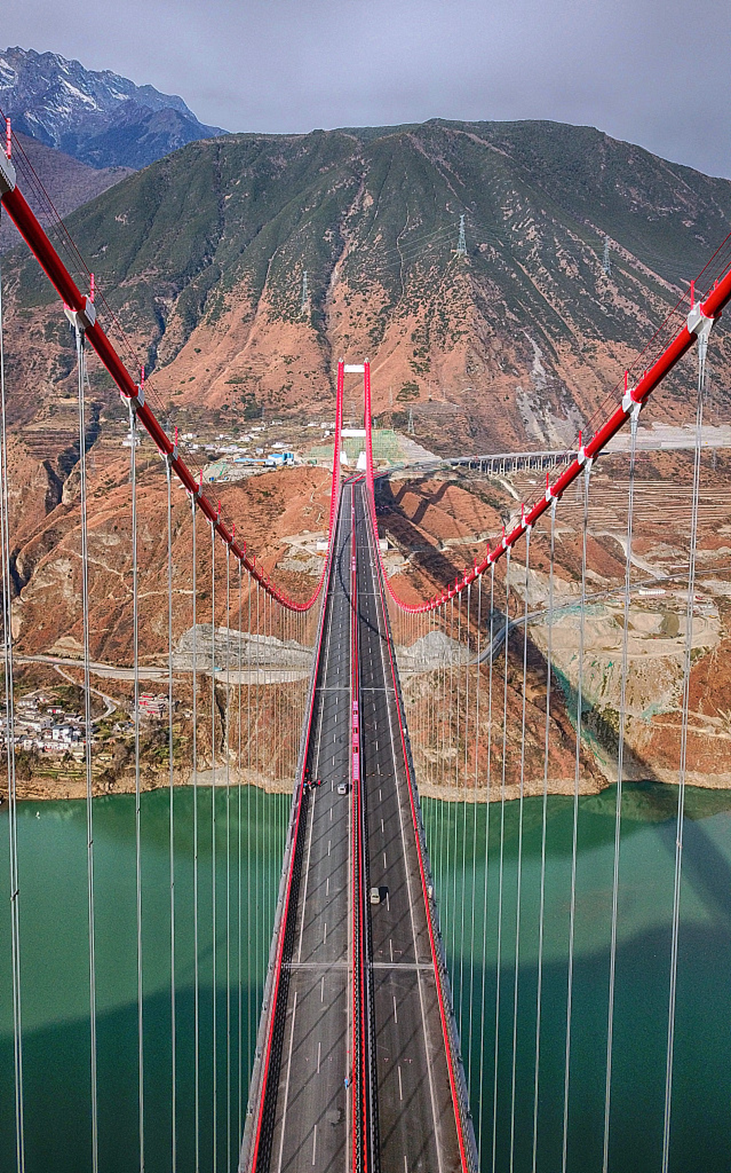 The bridge will be opened before the end of the year.