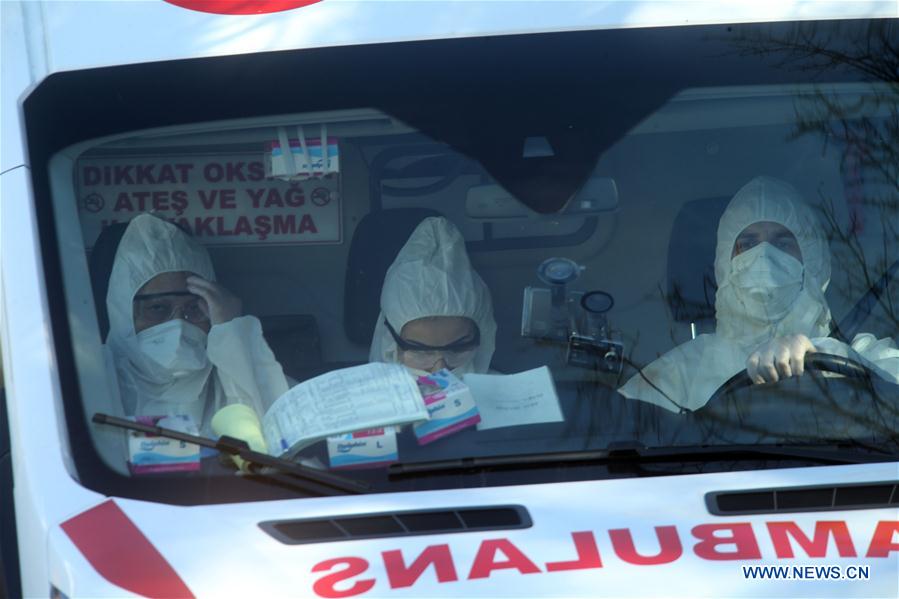 Medical workers are seen on an ambulance to send passengers on a Turkish Airlines plane from Tehran to a hospital for quarantine in Ankara, Turkey, Feb. 25, 2020. A Turkish Airlines plane, departing from Tehran in Iran and due to arrive in Istanbul, was diverted to Turkish capital Ankara on Tuesday over the suspicion of COVID-19 infection and passengers onboard have been taken under quarantine. (Photo by Mustafa Kaya/Xinhua) 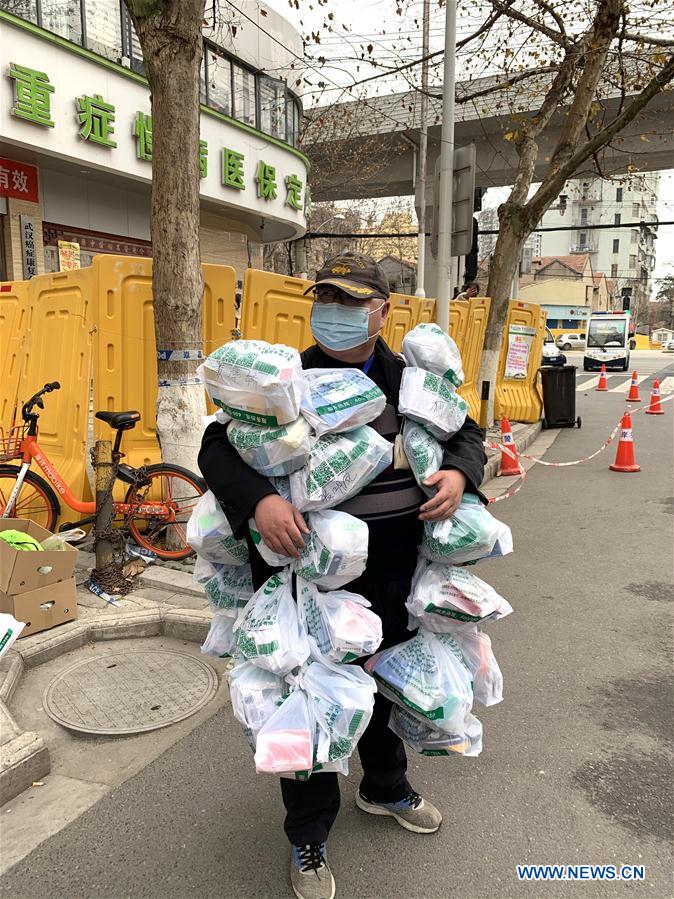 Feng Feng, a community service worker, carries medicines for residents in Jiang'an District of Wuhan, capital of central China's Hubei Province, Feb. 24, 2020. Feng helped residents in Huiminyuan community to buy medicines for chronic diseases on Monday. He found a fresh way to hang the medicines on his body as there were too much bags to carry. Now it was much easier to pick up these dozens of bags, he said. (Xinhua) 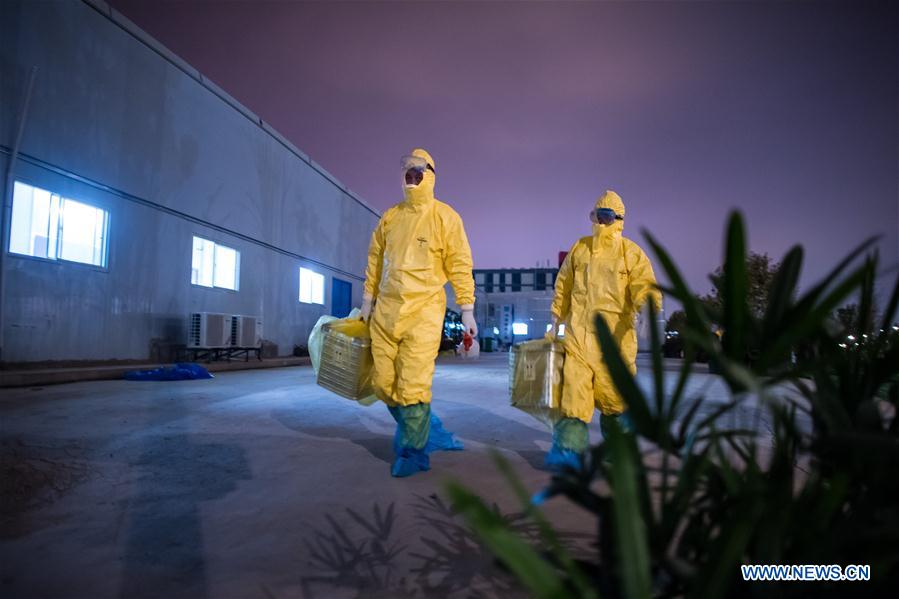 Liu Senbo (L) and his colleague Mei Yiqi carry sealed boxes containing samples collected from patients at the Leishenshan (Thunder God Mountain) Hospital in Wuhan, central China's Hubei Province, Feb. 24, 2020. Liu Senbo, a 46-year-old veteran from Guangzhou, South China's Guangdong Province, has been in Wuhan to help the novel coronavirus control efforts from Feb. 19. Clad in protective suits, he now works as a patient sample "deliveryman." He fetches samples collected from COVID-19 patients in the Leishenshan Hospital twice a day, and sends them to a virus testing center of Guangdong KingMed Diagnostics Group located in Wuhan to be tested. (Xinhua/Xiao Yijiu) 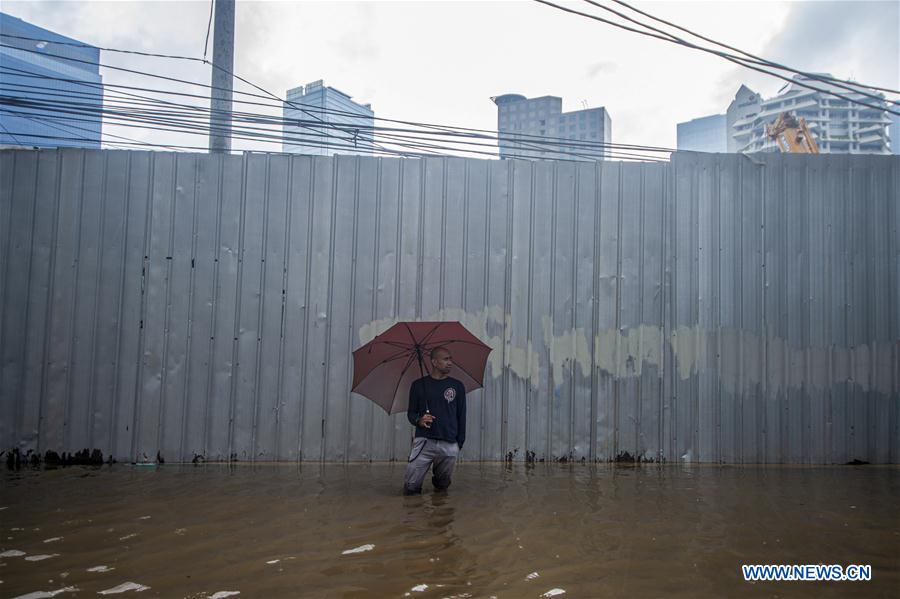 A man stands in flood in Jakarta, Indonesia, Feb. 25, 2020. Flooding caused by extreme rainfalls in Indonesia's capital of Jakarta, and its satellite cities, killed one, cut off electricity and forced a number of people to be evacuated on Tuesday. (Xinhua/Veri Sanovri) 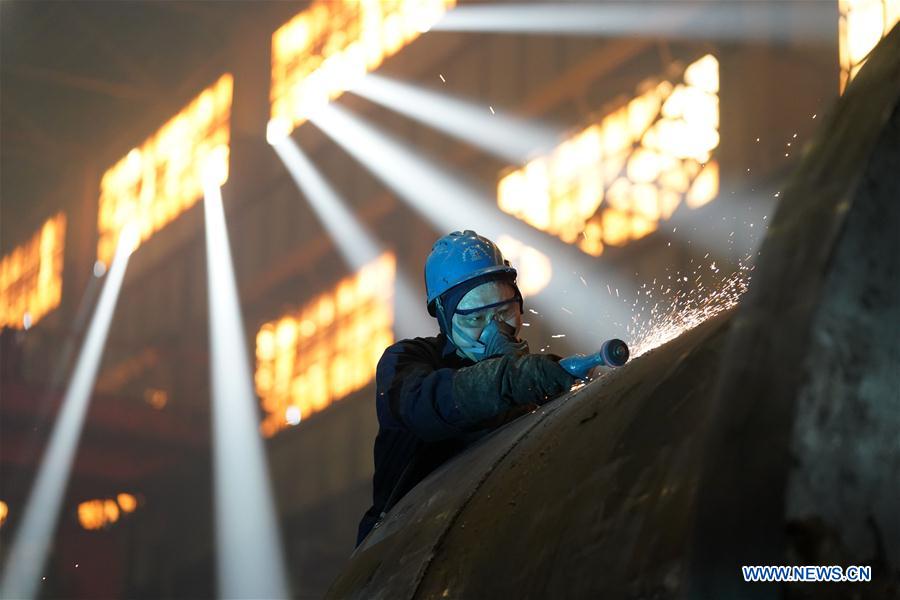 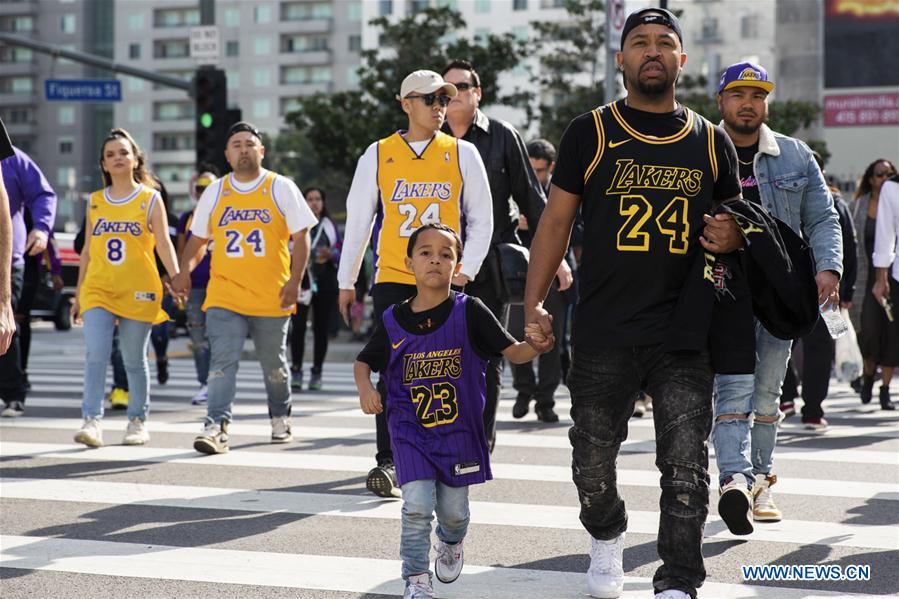 Fans arrive to attend a public memorial for Kobe Bryant and his daughter, Gianna, at the Staples Center in Los Angeles, the United States, Feb. 24, 2020. (Photo by Qian Weizhong/Xinhua) 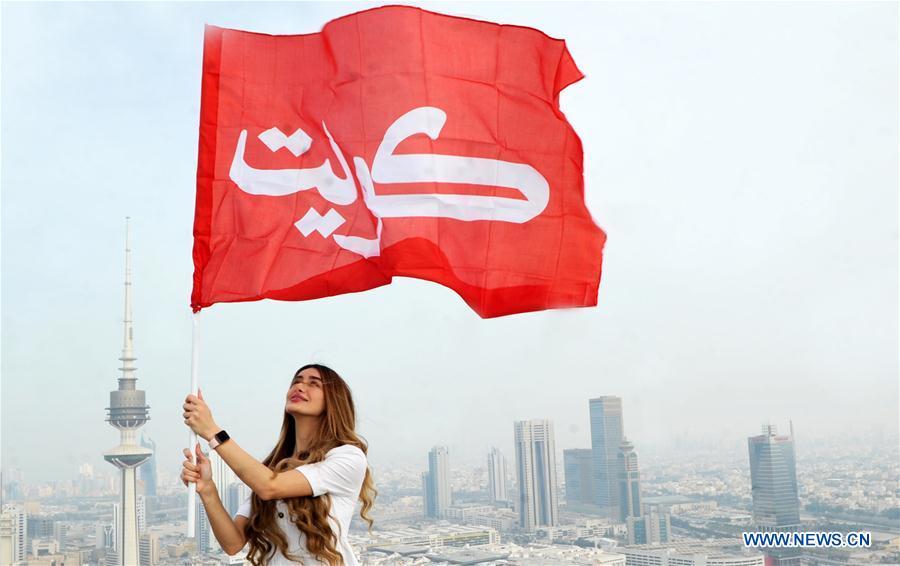 A woman holds a flag to celebrate the National Day in Kuwait City, capital of Kuwait, on Feb. 25, 2020. On Feb. 25 and 26 every year, Kuwait celebrates its National Day and Liberation Day. (Photo by Asad/Xinhua) 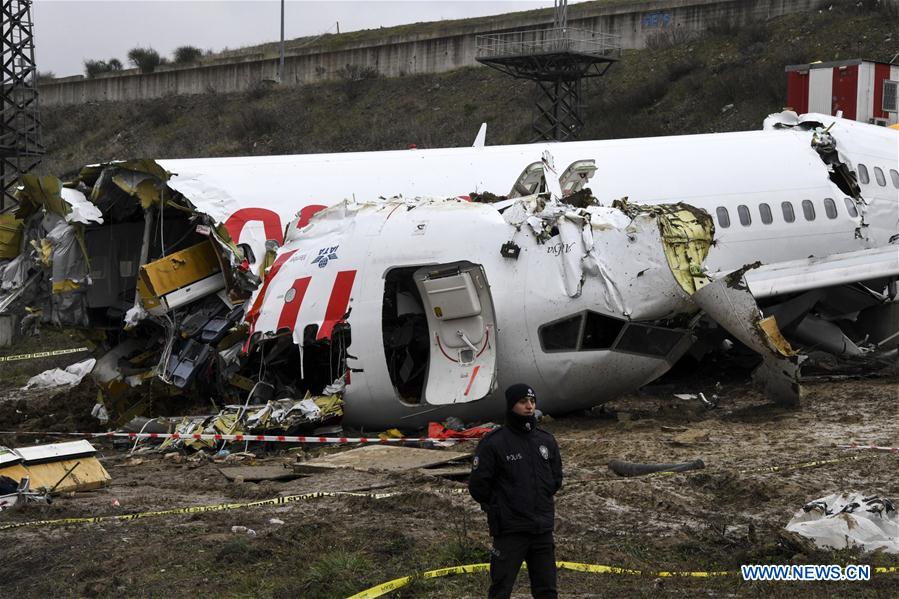 Photo taken on Feb. 6, 2020 shows the site of the plane accident at the Sabiha Gokcen International Airport in Istanbul, Turkey. A pilot of the aircraft, which slided off a runway in an airport in Istanbul earlier this month, was arrested on Feb. 24 for causing the death of three people and injuring 180 others, local media reported. (Xinhua/Xu Suhui) 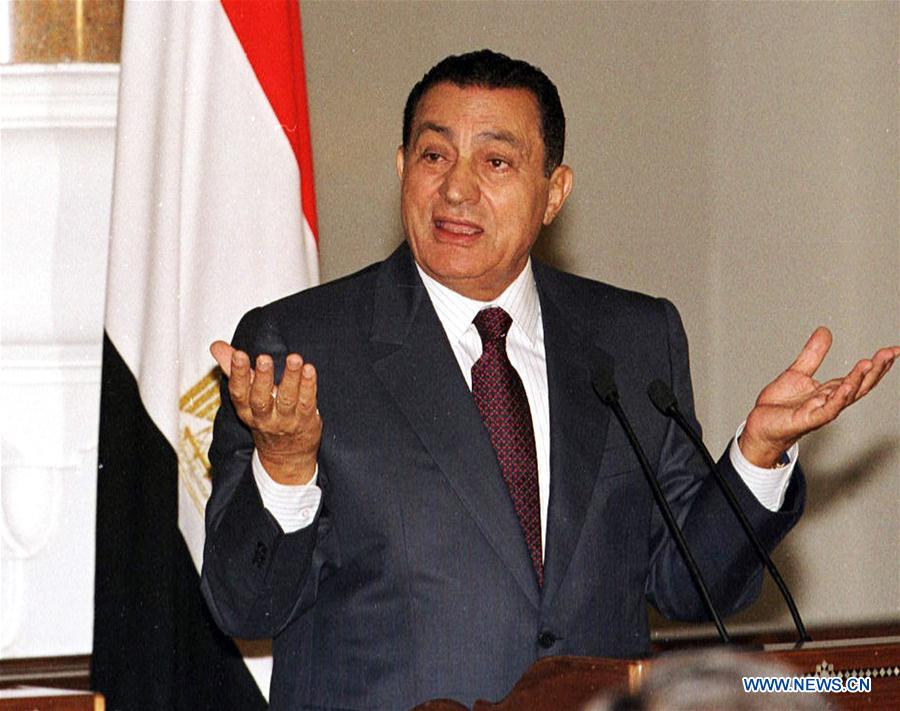 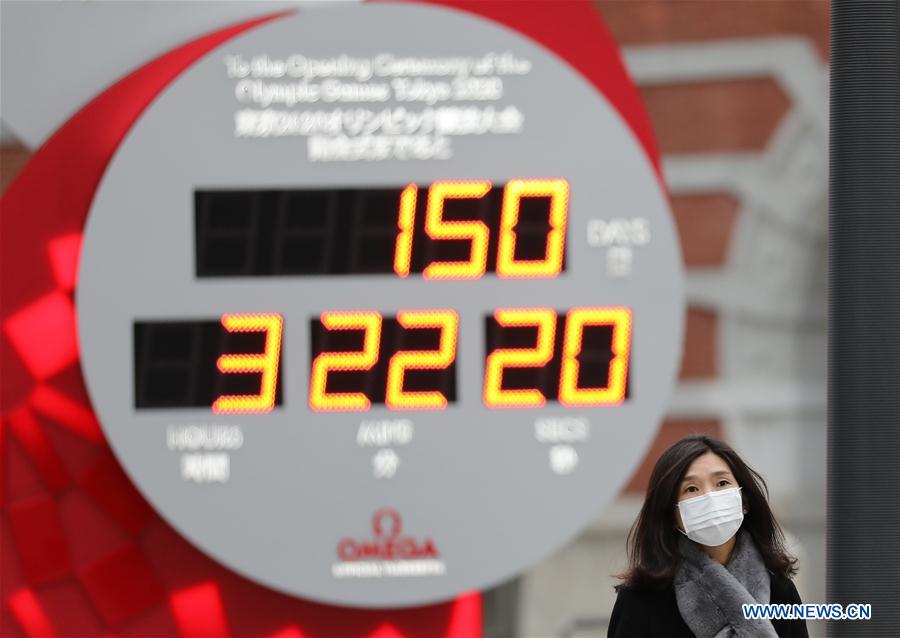 A pedestrian wearing a face mask passes by an electronic countdown timer for the Olympic Games in Tokyo, Japan, Feb. 25, 2020. (Xinhua/Du Xiaoyi) 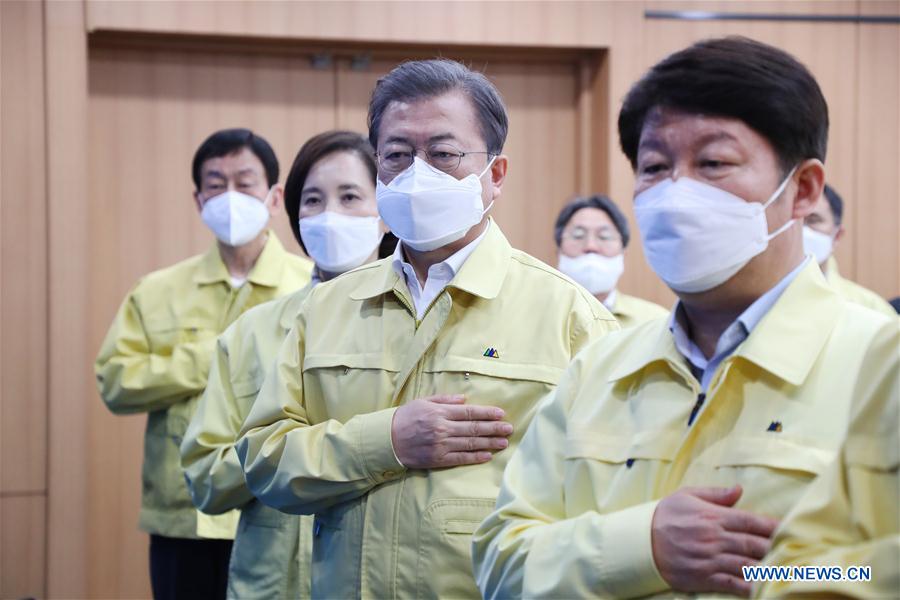 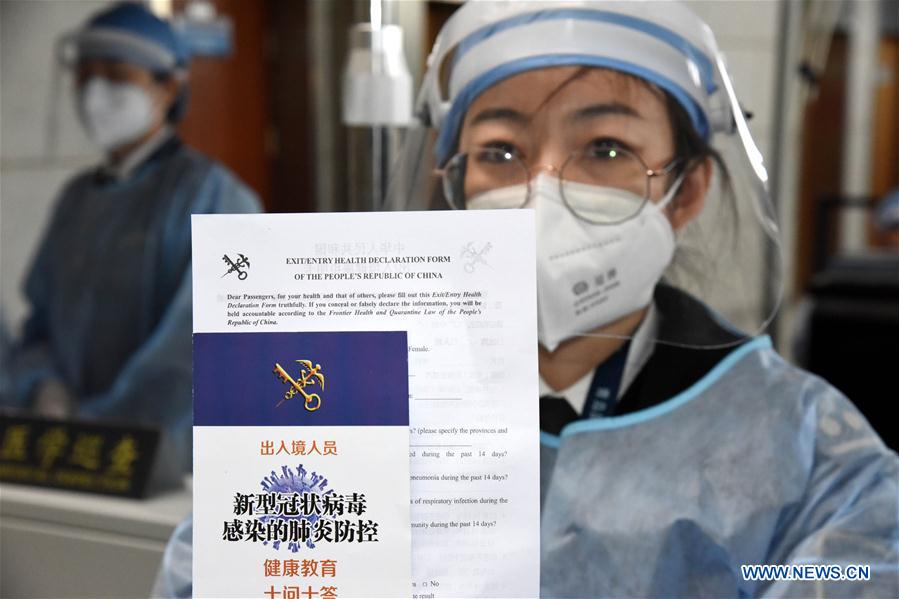 A customs officer shows the health declaration form for passengers at Qingdao Liuting International Airport in Qingdao, east China's Shandong Province, Feb. 25, 2020. The airport has strengthened efforts on epidemic prevention and control during the fight against the novel coronavirus disease (COVID-19). (Xinhua/Li Ziheng) 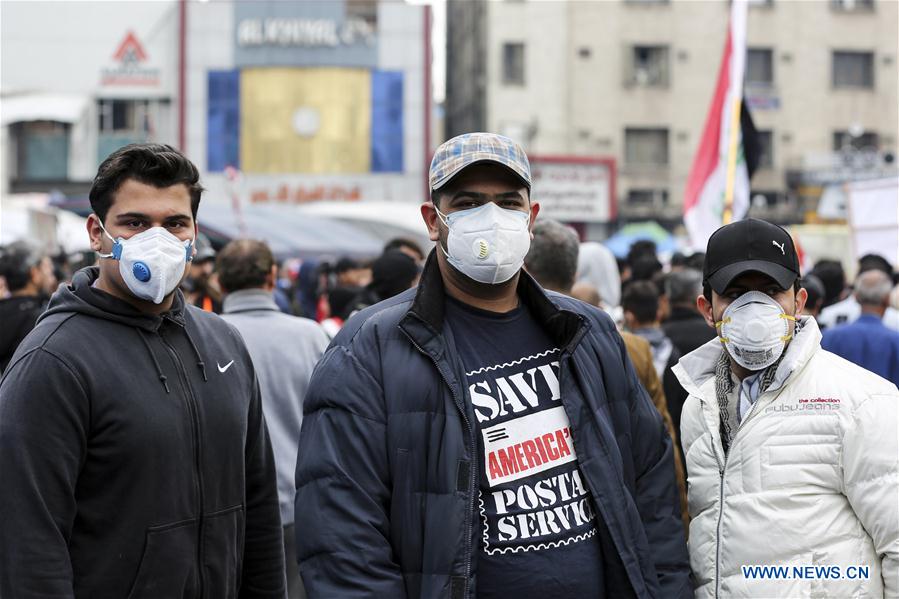 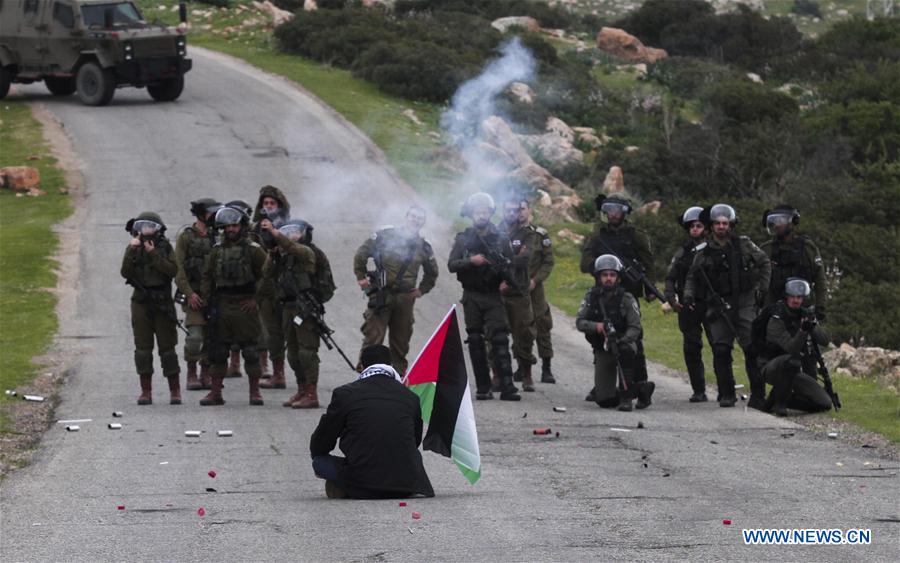 A Palestinian man sits in front of Israeli soldiers during clashes at Tayasir checkpoint near the West Bank city of Tubas, on Feb. 25, 2020. Dozens of Palestinian demonstrators clashed on Tuesday with Israeli soldiers at an Israeli army roadblock on a road leading to the Jordan Valley in the West Bank, medical and security sources said. (Photo by Nidal Eshtayeh/Xinhua) 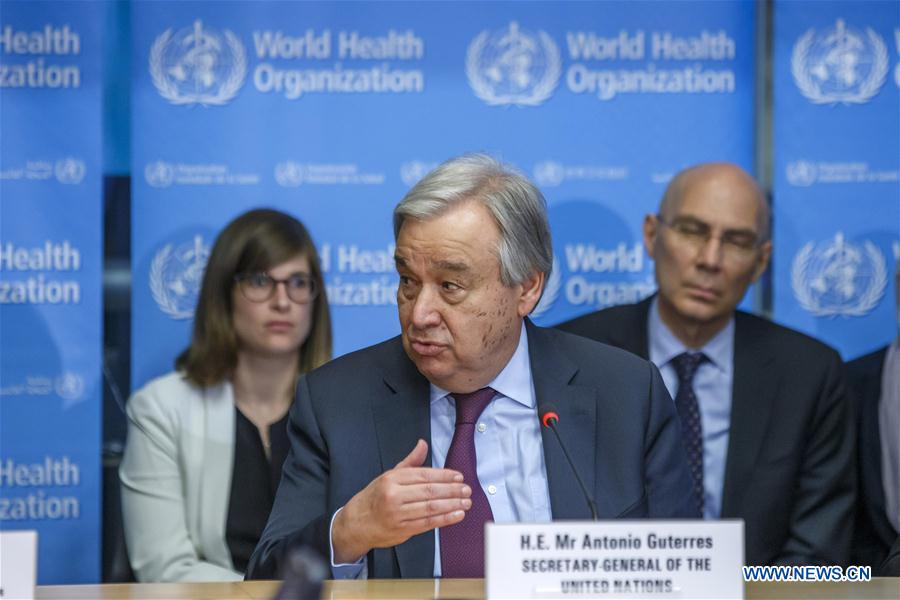 United Nations (UN) Secretary-General Antonio Guterres speaks on the situation regarding the COVID-19 at the World Health Organization (WHO) headquarters in Geneva, Switzerland, Feb. 24, 2020. Guterres on Monday praised China's contribution to the global fight against COVID-19, noting that the Chinese are making efforts for humanity. (Salvatore Di Nolfi/KEYSTONE/Pool via Xinhua) 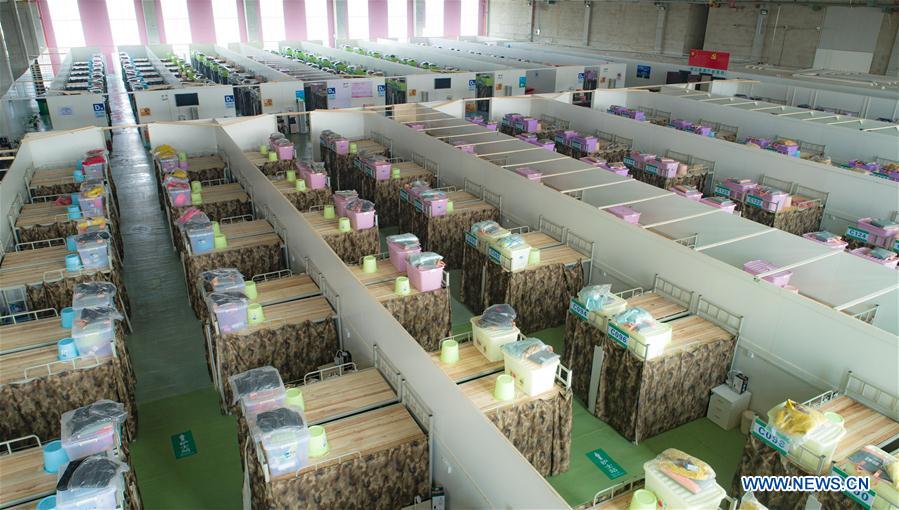 Aerial photo taken on Feb. 25, 2020 shows the Qingshan Nanmu makeshift hospital under transformation in Wuhan, capital of central China's Hubei Province. Facing a shortage of beds amid the coronavirus outbreak, Wuhan has put into use many temporary hospitals converted from existing venues such as gyms, exhibition centers and plants. Upon the completion, the Qingshan Nanmu makeshift hospital is expected to offer 616 beds to treat patients with mild symptoms. (Xinhua/Xiao Yijiu)