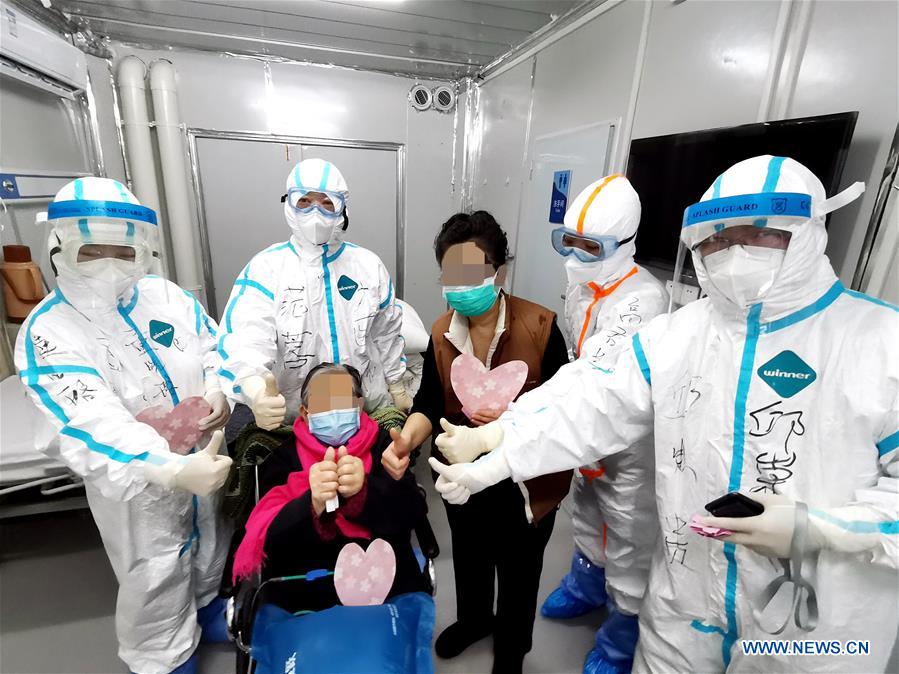 Photo taken with a mobile phone shows a 98-year-old woman patient (in a wheelchair) and her daughter (3rd R) taking a group photo with medical workers before leaving the Leishenshan hospital in Wuhan, central China's Hubei Province, March 1, 2020. A 98-year-old woman patient of the novel coronavirus disease (COVID-19), so far the oldest critical patient cured in China, has been discharged from a makeshift hospital in Wuhan, capital of central China's Hubei Province, Sunday after recovery. (Photo by Gao Xiang/Xinhua) 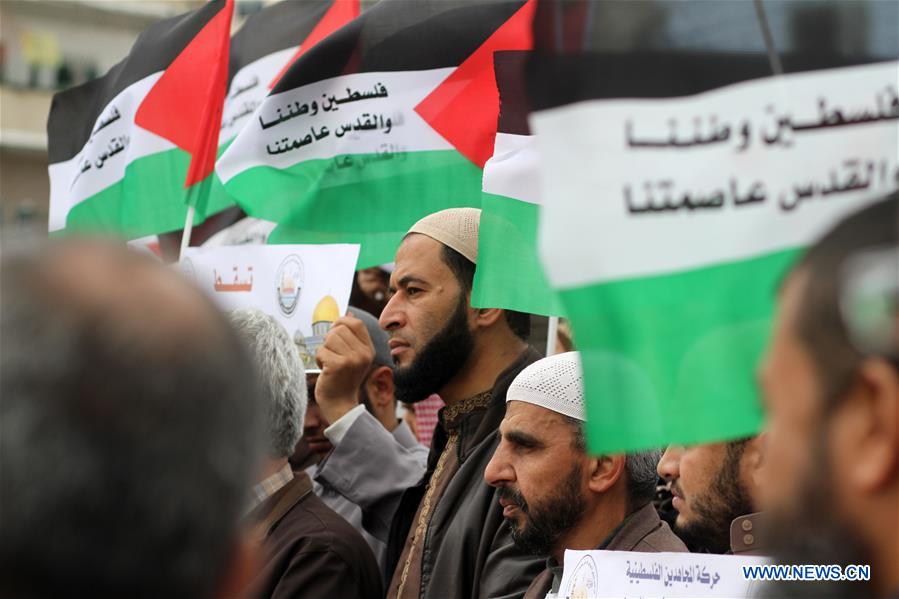 Palestinians take part in a protest against the U.S. Mideast peace plan in Gaza City, March 1, 2020. Tens of Palestinians took part in the protest on Sunday, which was organized by the Palestinian Wakfs and Religious Affairs Ministry. (Photo by Rizek Abdeljawad/Xinhua) 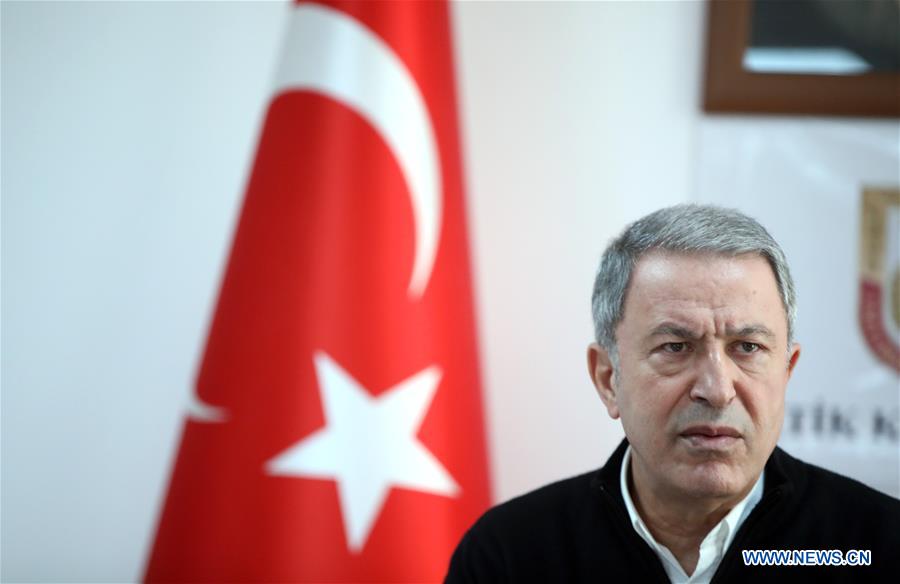 Turkish Defense Minister Hulusi Akar speaks at Turkey's southern province of Hatay, on March 1, 2020. Hulusi Akar said Sunday that Turkey has launched a fresh operation in Syria's northwestern province of Idlib in the wake of the recent attack of Syrian government on Turkish troops there. (Xinhua) 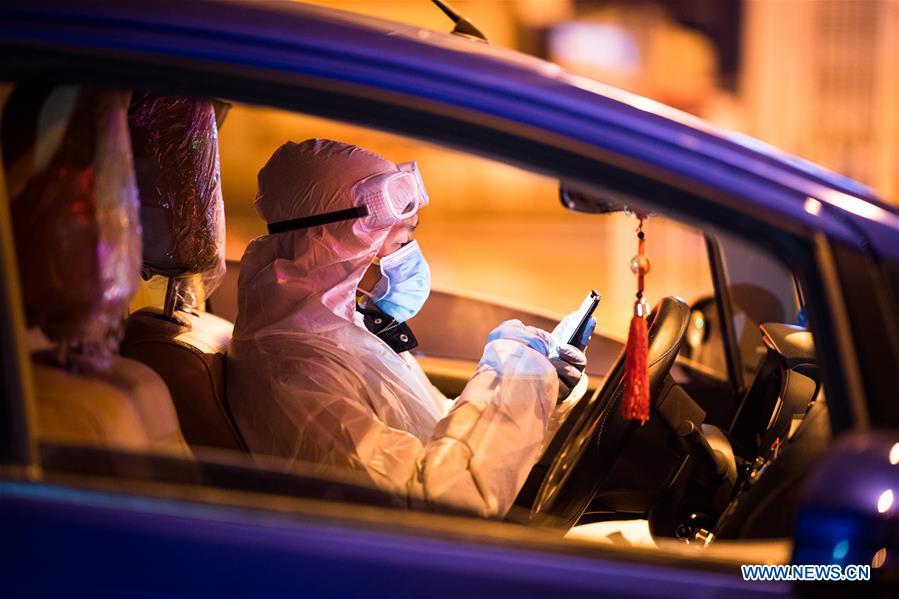 Volunteer Wang Zhen checks information in Wuhan, central China's Hubei Province, early Feb. 29, 2020. In the early morning of Feb. 29, volunteer Wang Zhen drove out of his community immediately after receiving a call for help from a pregnant woman who lived 30 kilometers away at another community in Wuhan. Wang took the pregnant woman and her family to the Wuhan Maternal and Child Health Hospital, where the woman later safely gave birth to her baby. On Jan. 23, Wang Zhen, a computer programmer, joined a WeChat group named "Wuhan Emergency Team", which also consists of Wang Ziyi, Li Wenjian, Zhu Wei and Yang Xuebin. Their main work is taking pregnant women without access to vehicles to the hospital. With their help, 23 pregnant women have been safely sent to the hospital so far and given birth to their children, with no one contracting the novel coronavirus. Since 23 January, the Wuhan Maternal and Child Health Hospital has mobilized all its 2,500 staff to successfully help more than 1, 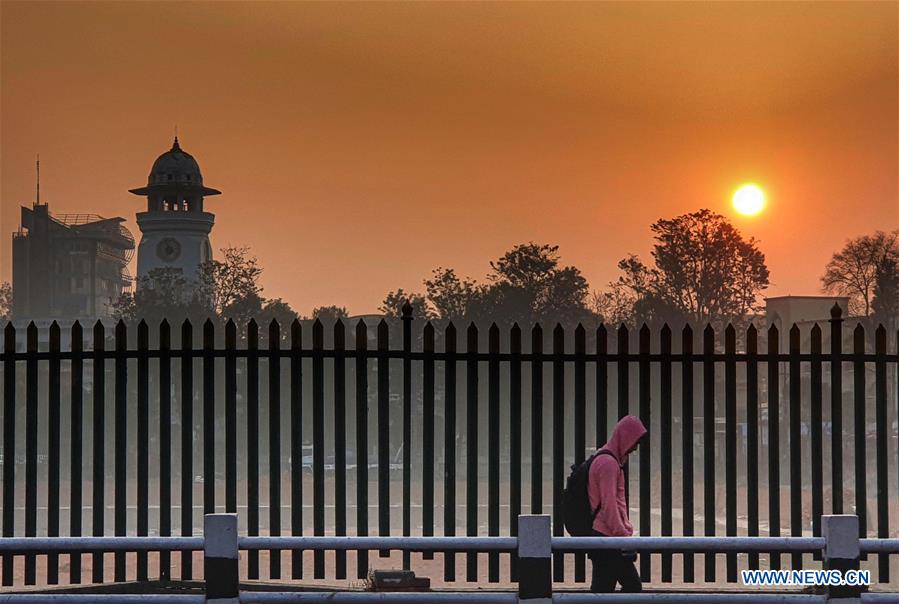 A man walks against the backdrop of a clock tower during sunrise in Kathmandu, Nepal, March 1, 2020. (Photo by Sunil Sharma/Xinhua) 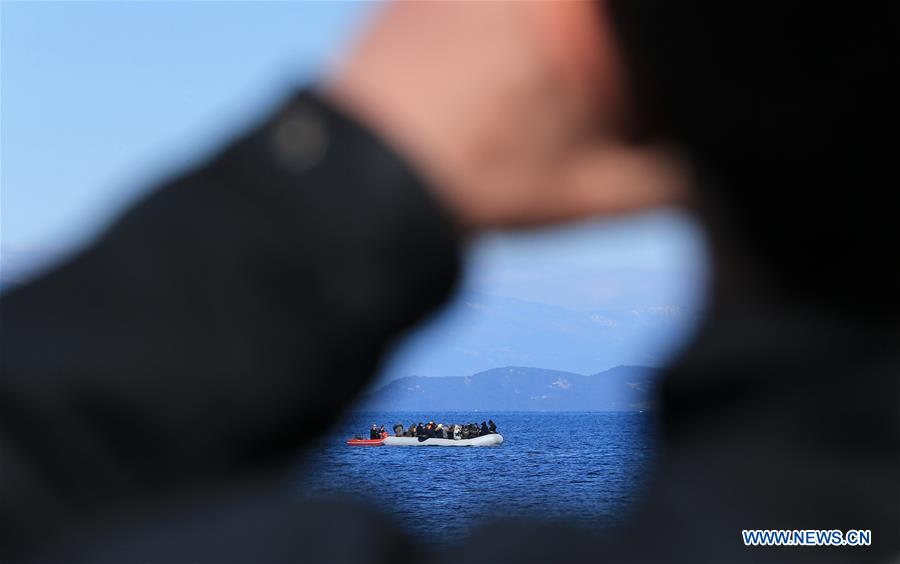 A boat full of refugees from Turkey approaches the port of Thermi, on the island of Lesvos, Greece, on March 1, 2020. Dozens of refugees and migrants reached the shores of Lesvos island in northeastern Aegean Sea, as Greece said it is determined to do what is deemed necessary to guard its borders on land and sea, which are also Europe's borders. (Xinhua/Marios Lolos) 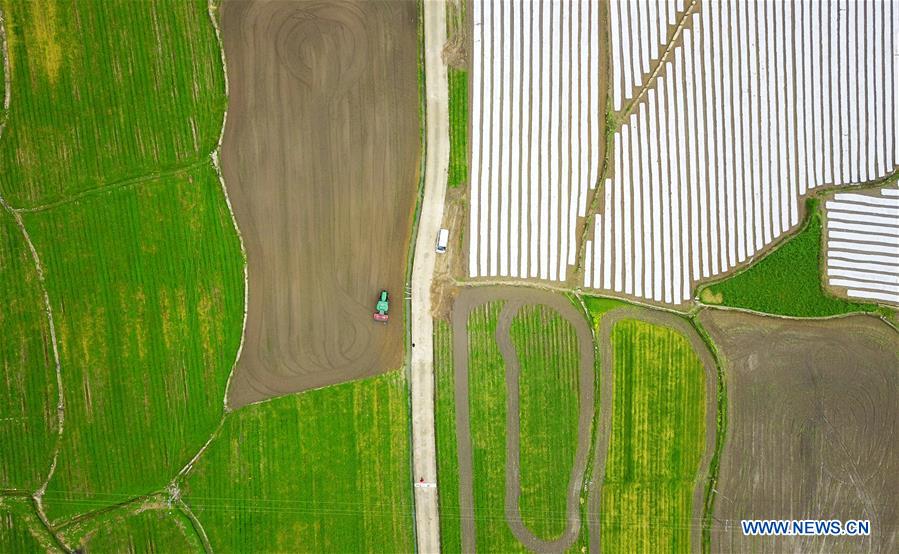 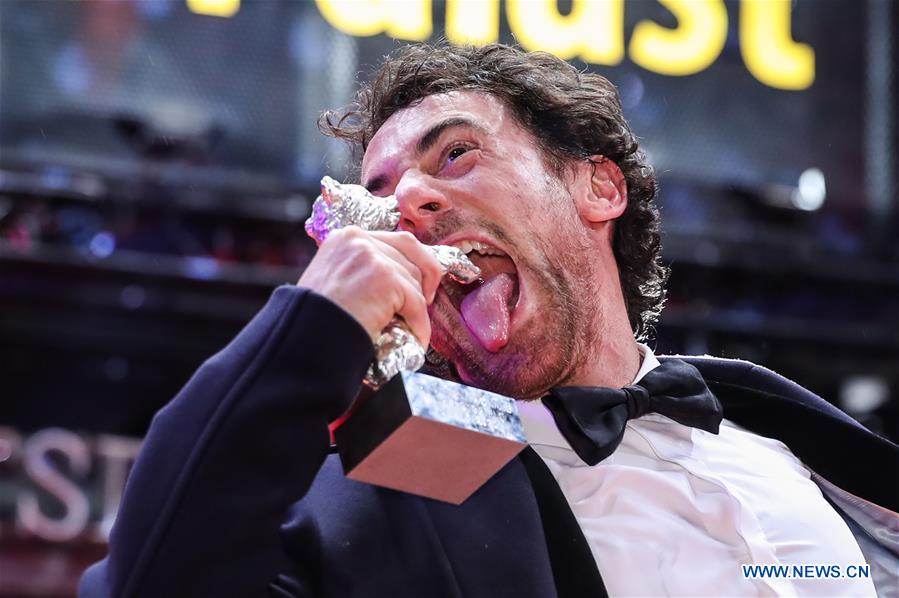 Actor Elio Germano of film "Hidden Away" poses for photos on the red carpet after receiving the Silver Bear for Best Actor during 70th Berlin International Film Festival in Berlin, capital of Germany, Feb. 29, 2020. (Xinhua/Shan Yuqi) 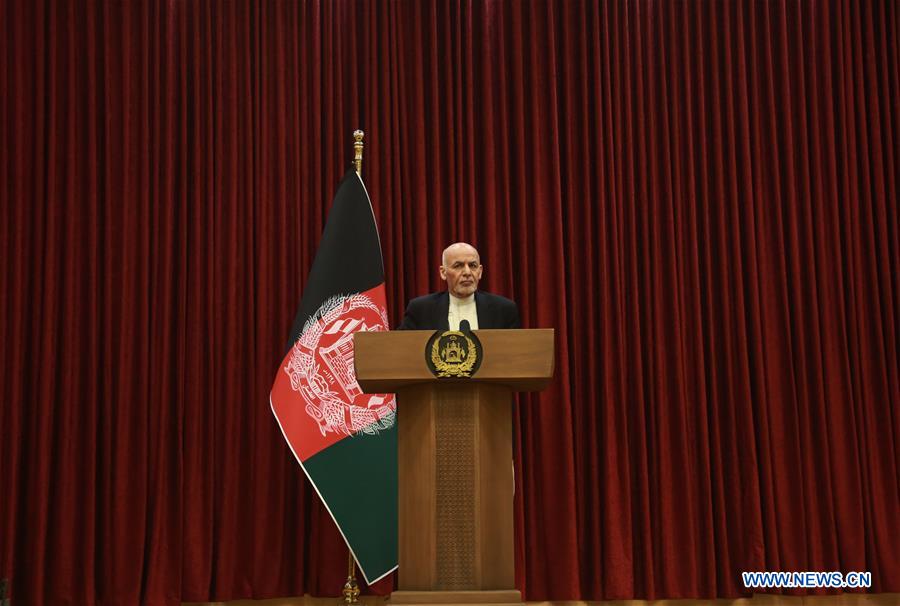 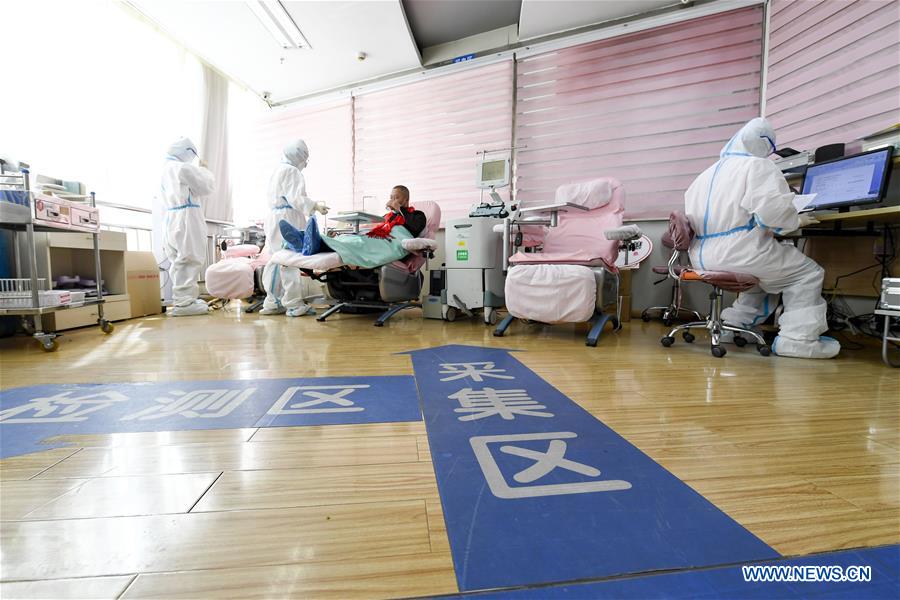 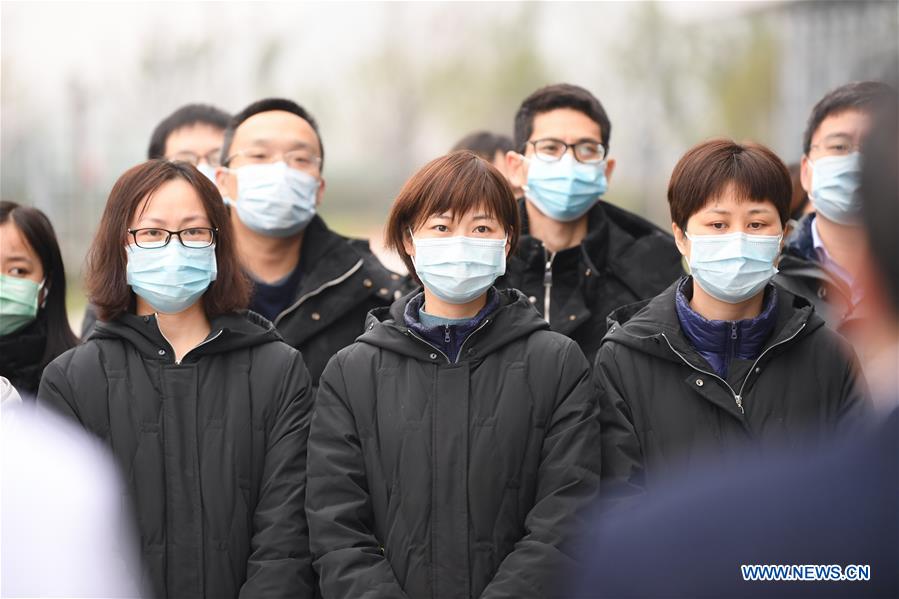