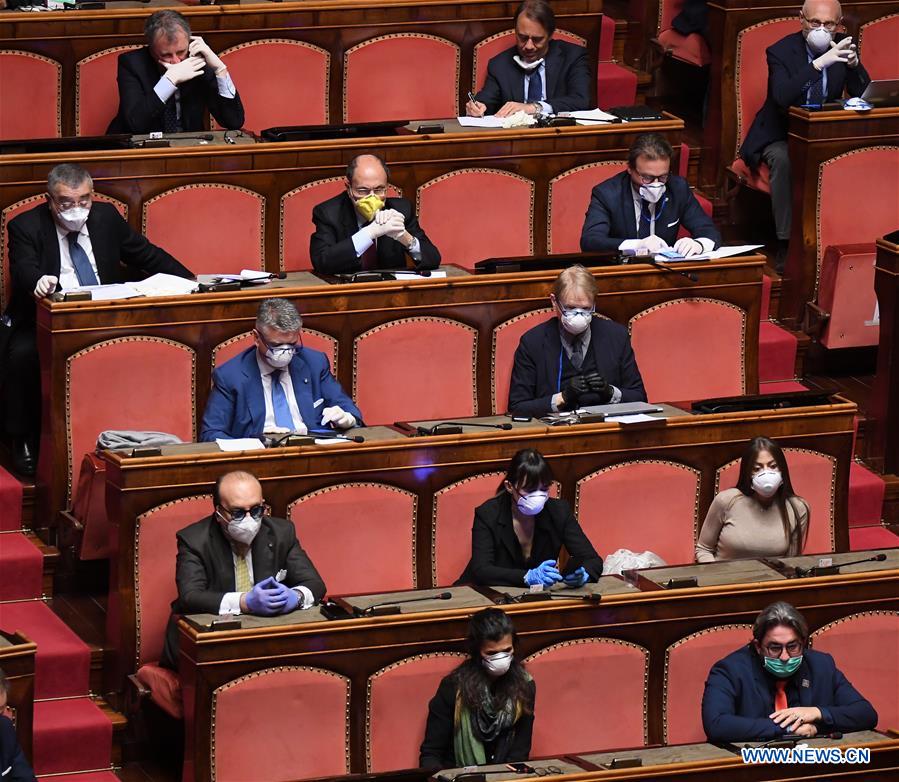 Italian senators are seen wearing face masks, in Rome, Italy, March 26, 2020. Italian Prime Minister Giuseppe Conte on Thursday reported to the Senate on his government's actions to date and to describe future measures to counteract the economic fallout from the virus. Earlier this month, the government approved a 25-billion-euro package for the national healthcare system, workers, families and the business sector. Conte told the Senate that his government is at work on a new package "with additional allocations of no less than the 25 billion (euros) we have already allocated." (Xinhua) 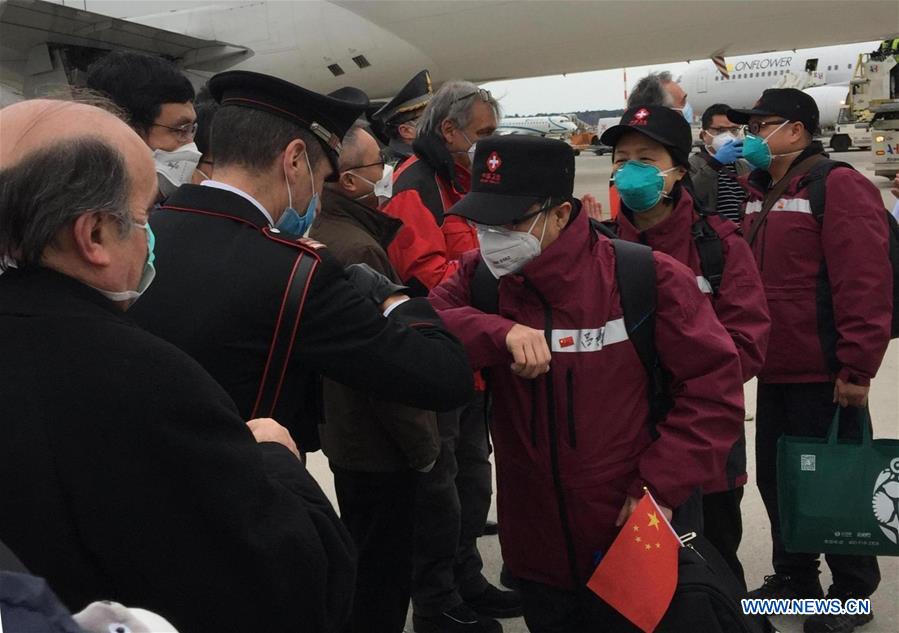 Local people greet members of the third Chinese medical team with an elbow bump instead of handshake as the medics arrive at Milan Malpensa Airport in Milan, Italy, March 25, 2020. A team of 14 medical experts from southeast China's Fujian Province arrived in Milan via a chartered flight to Italy on Wednesday to aid the European country's fight against the COVID-19 outbreak. (Xinhua) 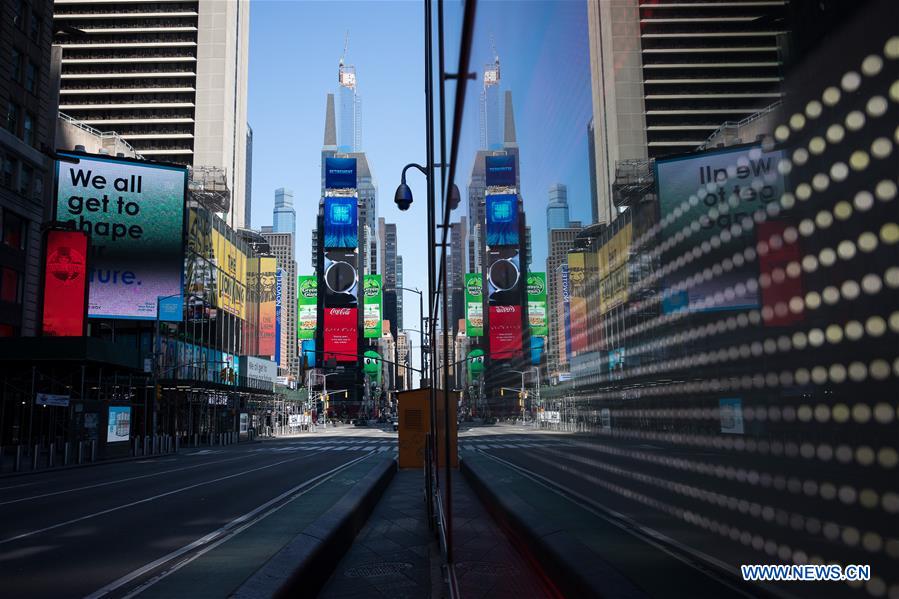 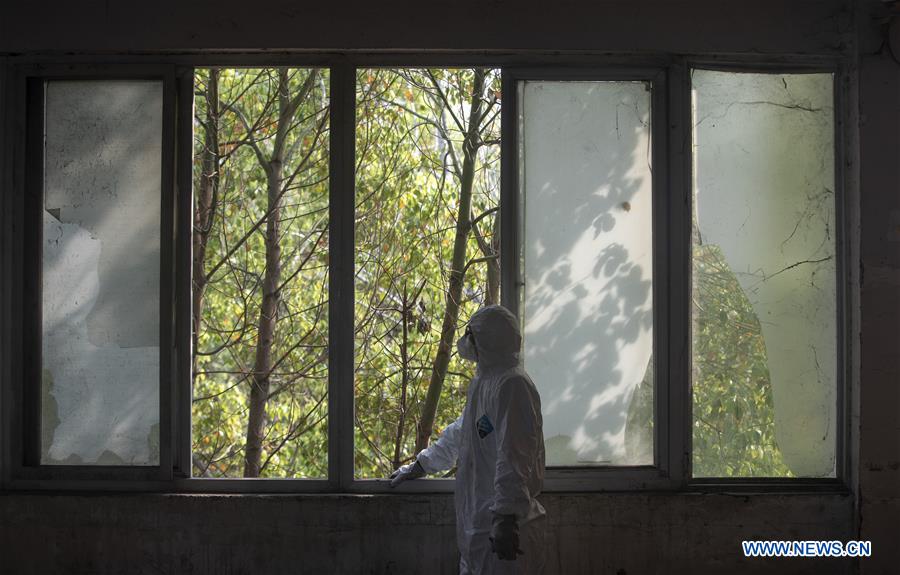 Wang Peng checks if there is more medical waste to be disposed in Wuhan, central China's Hubei Province, March 26, 2020. Wang Peng, 35, has been working for the Wuhan Hanshi Environmental Engineering Company for 9 years, where he is responsible for the disposal and incineration of medical waste. Protection against infection is a major challenge that Wang and his coworkers face, as they work 12-hour shifts to cope with the surging workload during the COVID-19 outbreak. "I like what I'm doing," Wang said, "I'm not only making money for my family, but also making a contribution to the society." Wang has not been home for over 2 months. The most relaxing moments for him is when he talks to his family through video chat. "I'll come home as soon as I defeat the disease," Wang said to his son. (Xinhua/Fei Maohua) 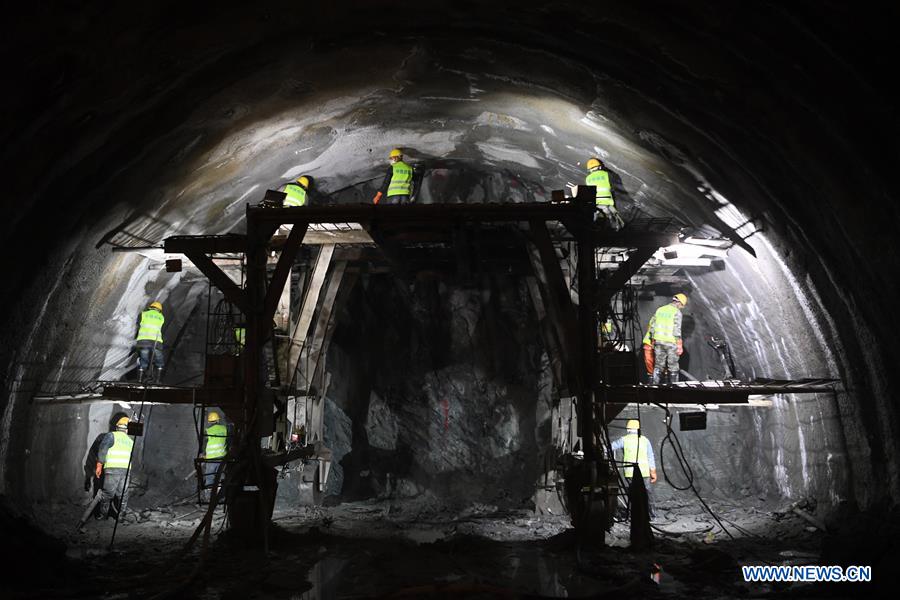 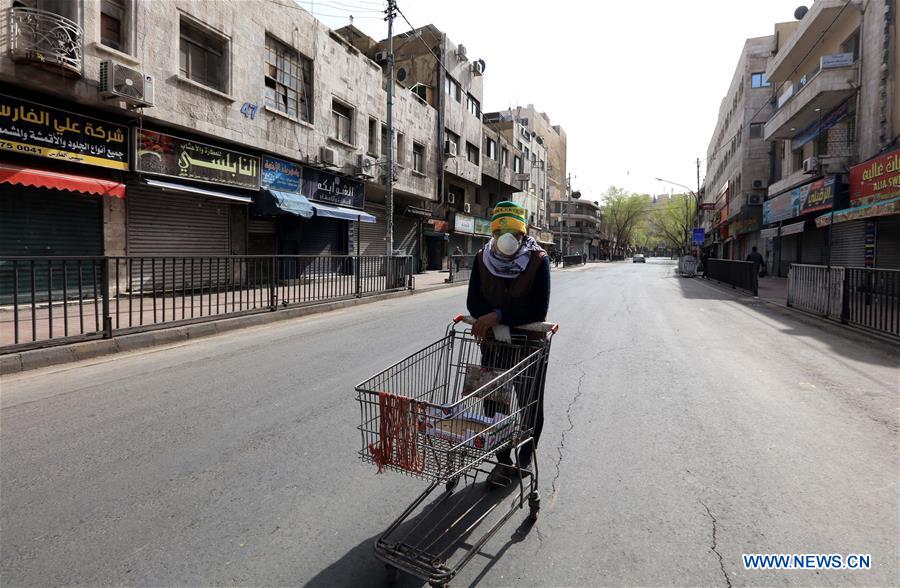 A man wearing a face mask walks on a street in central Amman, Jordan, on March 27, 2020. Jordan on Saturday confirmed the first death of COVID-19 in the country, state-run Petra news agency reported. (Photo by Mohammad Abu Ghosh/Xinhua) 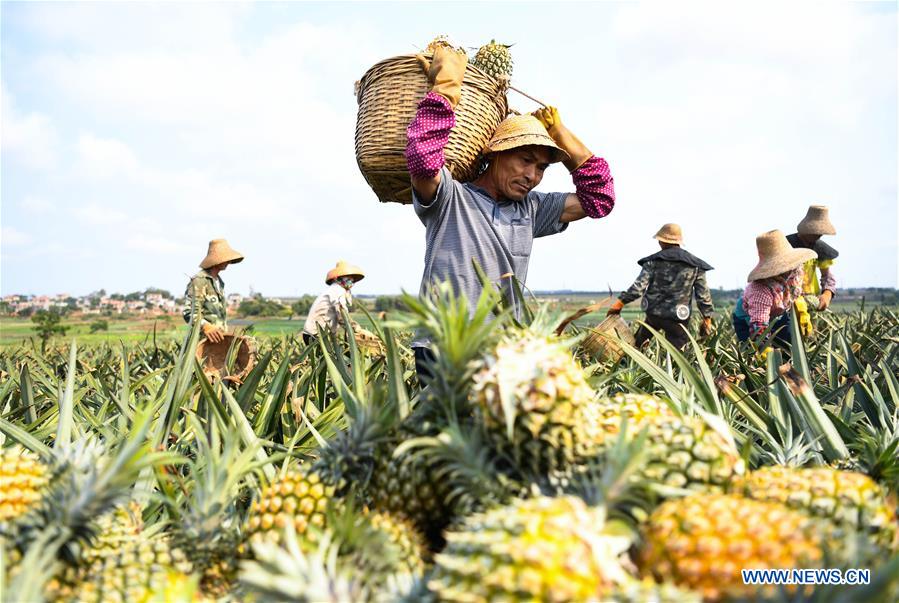 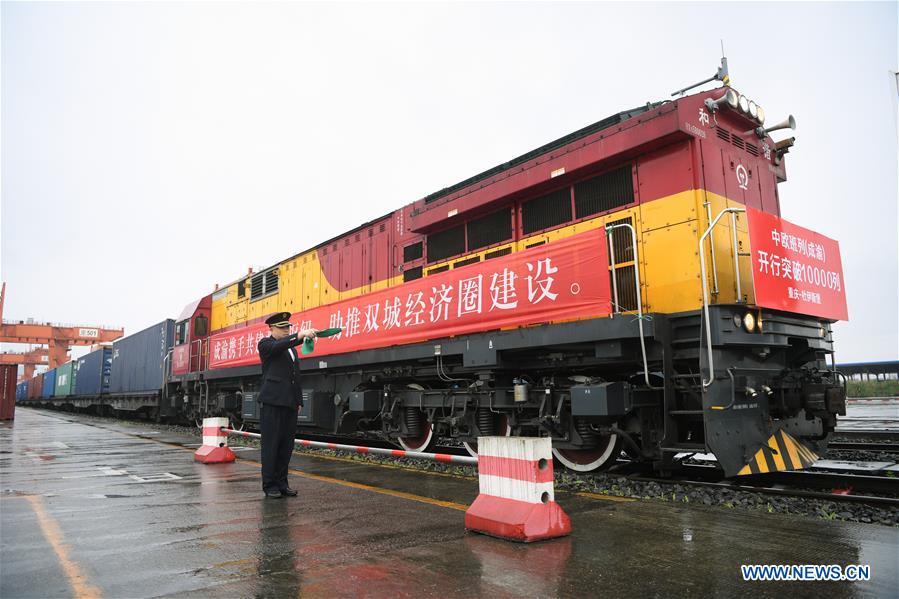 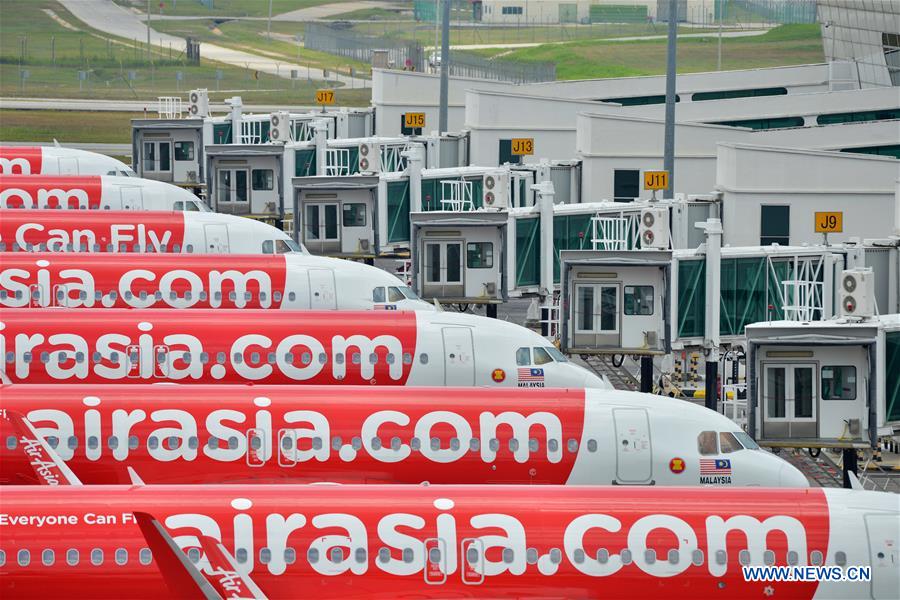 Aircrafts of AirAsia are seen on the tarmac of Kuala Lumpur International Airport 2 in Sepang, Selangor, Malaysia, March 27, 2020. Malaysia's low-cost carrier AirAsia announced on Thursday it will ground most of its fleet across the network after the COVID-19 situation led to extensive border restrictions. (Photo by Chong Voon Chung/Xinhua) 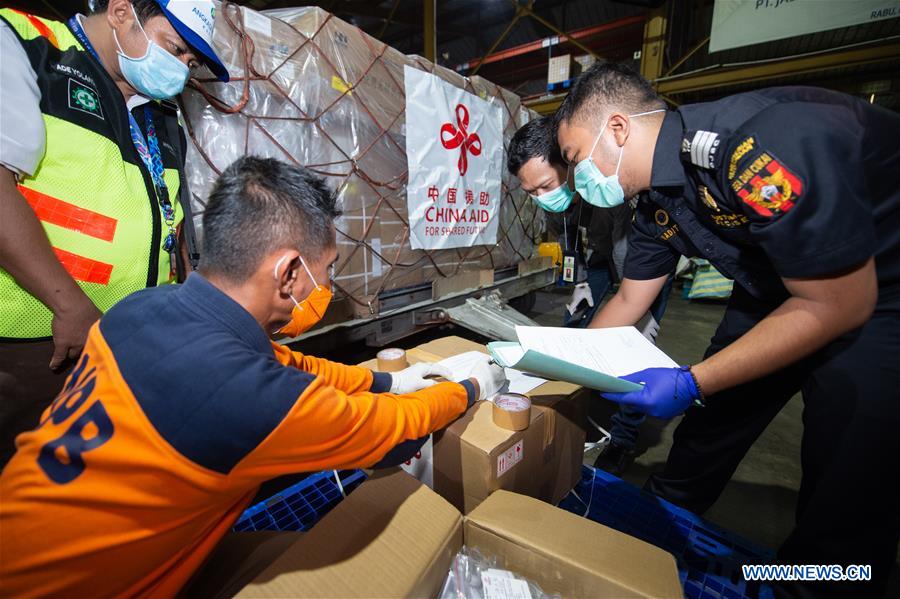 A passenger from Europe receives a test at an Open Walk-Through checkpoint in Incheon International Airport, South Korea, March 27, 2020. South Korea reported 91 cases of the COVID-19 on Thursday, raising the total number of infections to 9,332. (Photo by Lee Sang-ho/Xinhua) 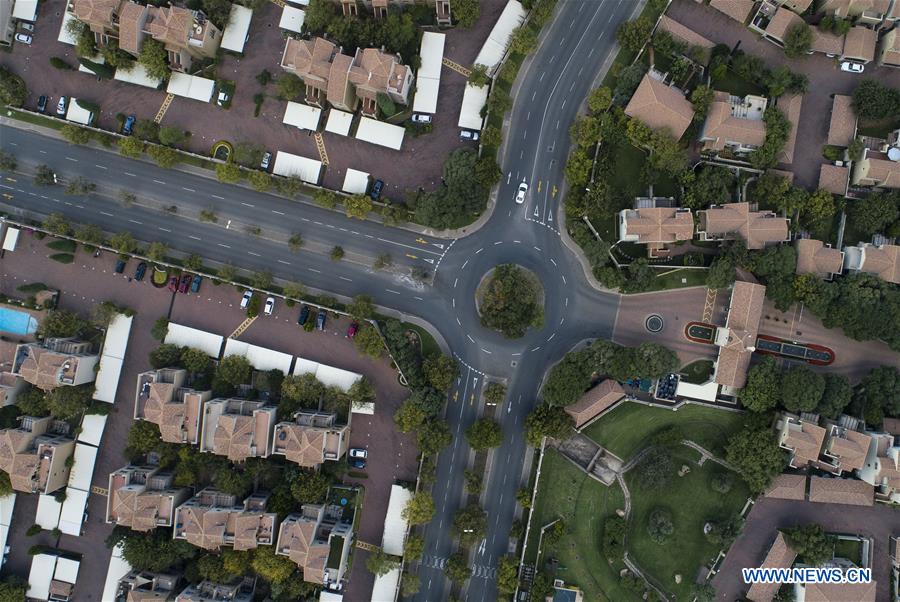 Aerial photo taken on March 27, 2020 shows a view in Johannesburg, South Africa, on the first day of a 21-day national lockdown. South Africa on Friday reported its first two deaths resulting from the novel coronavirus, with the total number of confirmed cases in the country topping 1,000, according to its health ministry. To cope with the epidemic, the South African government announced a 21-day national lockdown starting from midnight Thursday. (Xinhua/Chen Cheng) People cuddle each other whilst watching the city skyline on top of Primrose Hill in London, Britain on March 26, 2020. The British government said on Thursday that the number of confirmed COVID-19 cases in the country has risen to 11,658 as single-day deaths topped 100 for the first time since the outbreak of the disease. (Xinhua/Han Yan) 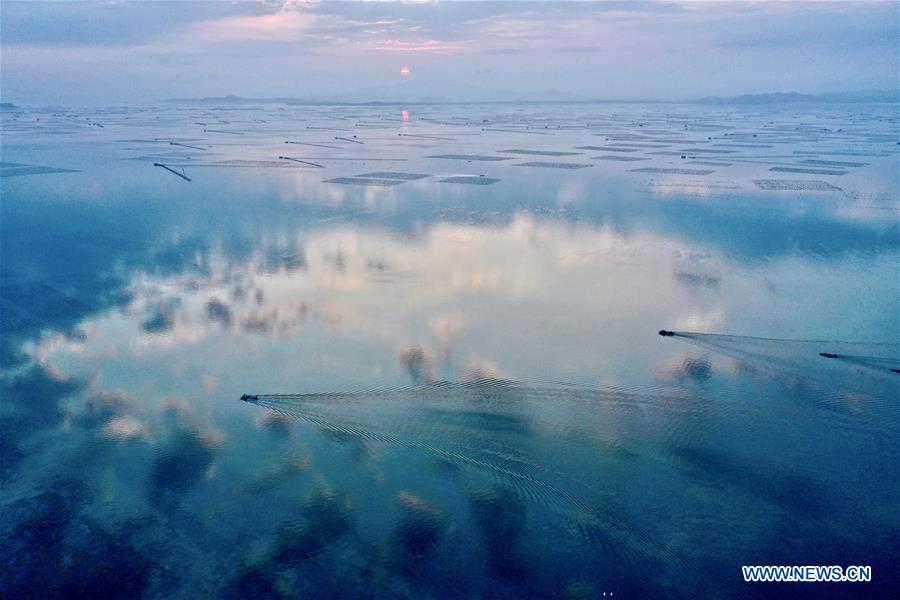 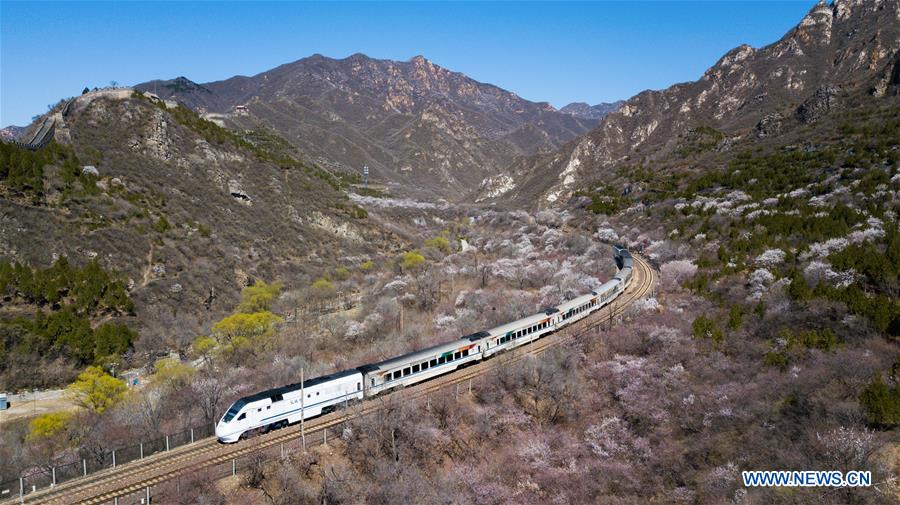