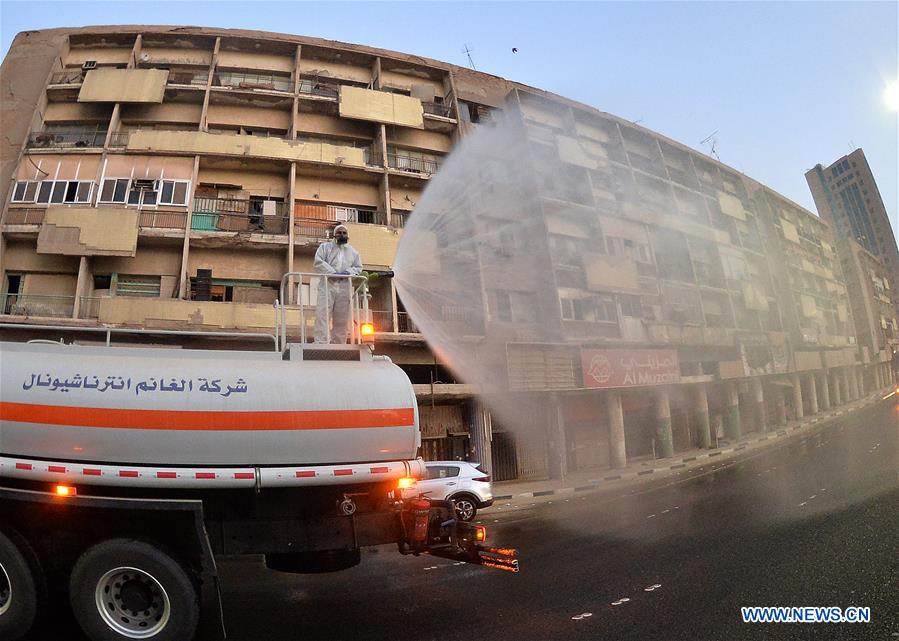 A truck disinfects a street in Kuwait City, Kuwait, on April 3, 2020. (Photo by Asad/Xinhua) A construction worker wearing a face mask works at the Rizal Memorial Coliseum which is being converted into a quarantine spot to contain the spread of novel coronavirus in Manila, the Philippines on April 3, 2020. (Xinhua/Rouelle Umali) Dogs walk on a street during a lockdown imposed by the government amid Covid-19 outbreak in Kathmandu, Nepal, April 3, 2020. (Xinhua/Sulav Shrestha) 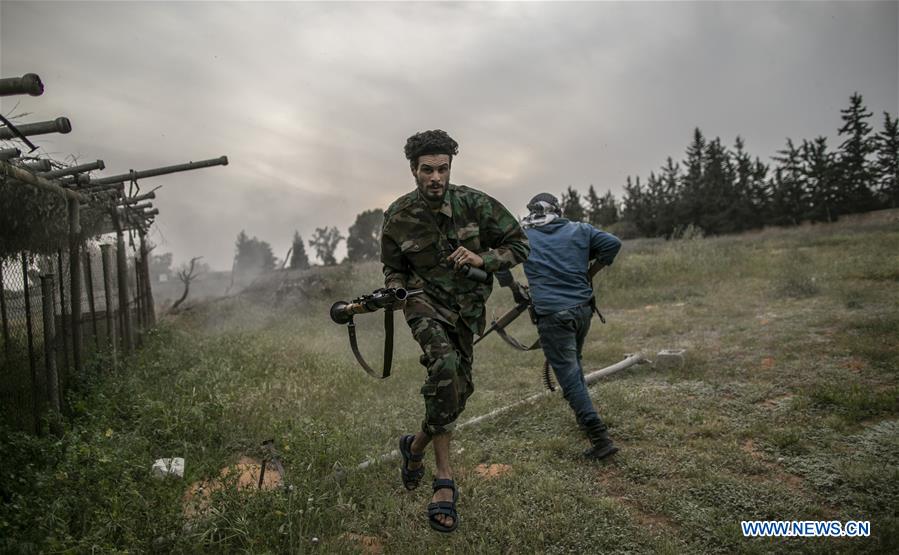 Fighters of UN-backed Government of National Accord (GNA) run to take cover during clashes with Libyan National Army (LNA) at Ain-Zara front line in Tripoli, Libya, on April 2, 2020. For almost a year, the eastern-based army has been leading a military campaign in and around Tripoli, trying to take the city from the rival UN-backed government. (Photo by Amru Salahuddien/Xinhua) 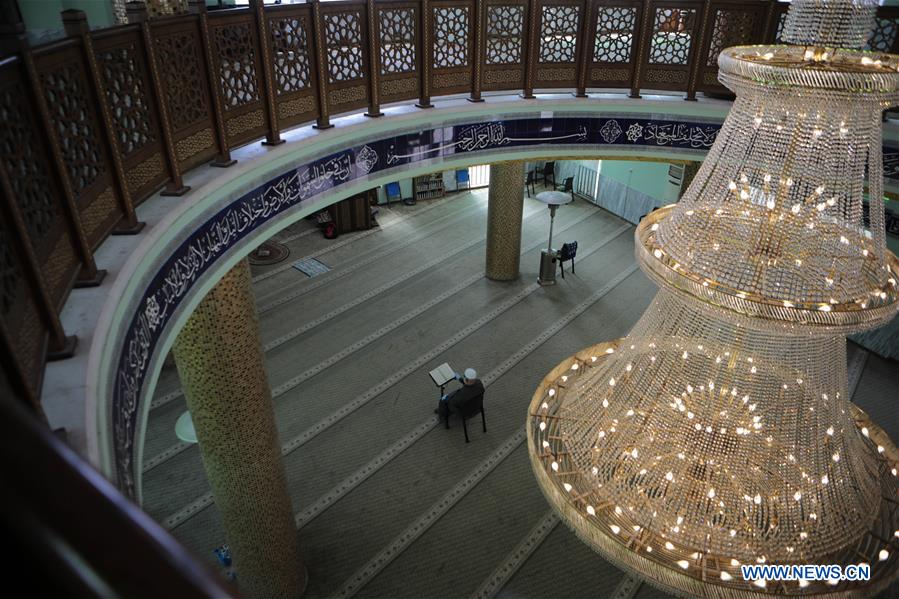 A Palestinian man reads Quran inside an empty mosque during Friday prayer after it was shut down as a precaution against the spread of COVID-19, in the West Bank City of Hebron, April 3, 2020. (Photo by Mamoun Wazwaz/Xinhua) A firefighter conducts disinfection at the Wuhan Tianhe International Airport in Wuhan, central China's Hubei Province, April 3, 2020. Wuhan, the Chinese city hardest hit by the novel coronavirus outbreak, conducted disinfection Friday on the local airport as operations will soon resume on April 8 when the city lifts its travel restrictions. Wuhan Tianhe International Airport invited a team of 161 professionals to disinfect an area of around 570,000 square meters in Terminal 3 of the airport, said Ye Tao, head of terminal management at the airport. The team disinfected main facilities such as benches, elevators and trolleys in the terminal. (Xinhua/Cheng Min) A Chinese national flag flies at half-mast to mourn for martyrs who died in the fight against the novel coronavirus disease (COVID-19) outbreak and compatriots who died of the disease at Tian'anmen Square in Beijing, capital of China, April 4, 2020. (Xinhua/Xing Guangli) 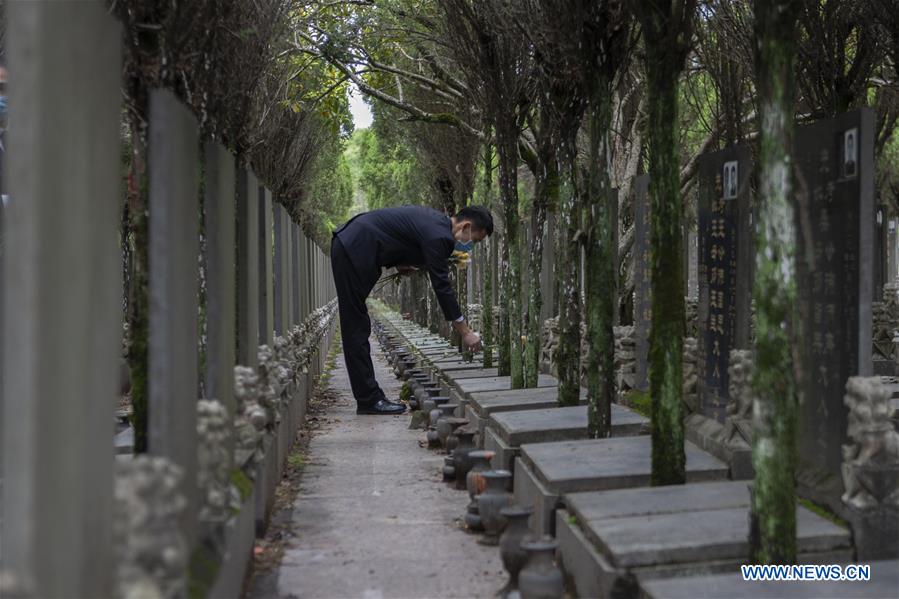 A staff member offers flowers to the deceased in Qiongshan Cemetery, Nanchang City, southeast China's Jiangxi Province, April 1, 2020. On this year's Tomb-sweeping Day, also known as Qingming Festival that falls on April 4 this year, Nanchang suspends on-site sacrificial activities in the city to avoid mass gatherings amid fight against the COVID-19, instead, staff of each tomb area is organized to clean the tombstones free of charge, with nearly 400,000 flowers presented at the tombs. (Xinhua/Zhang Haobo)