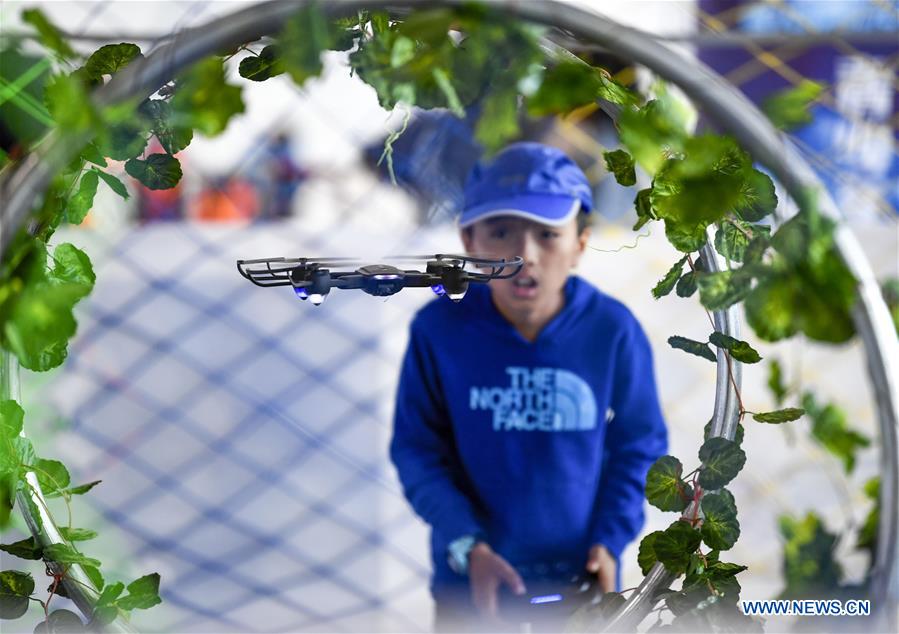 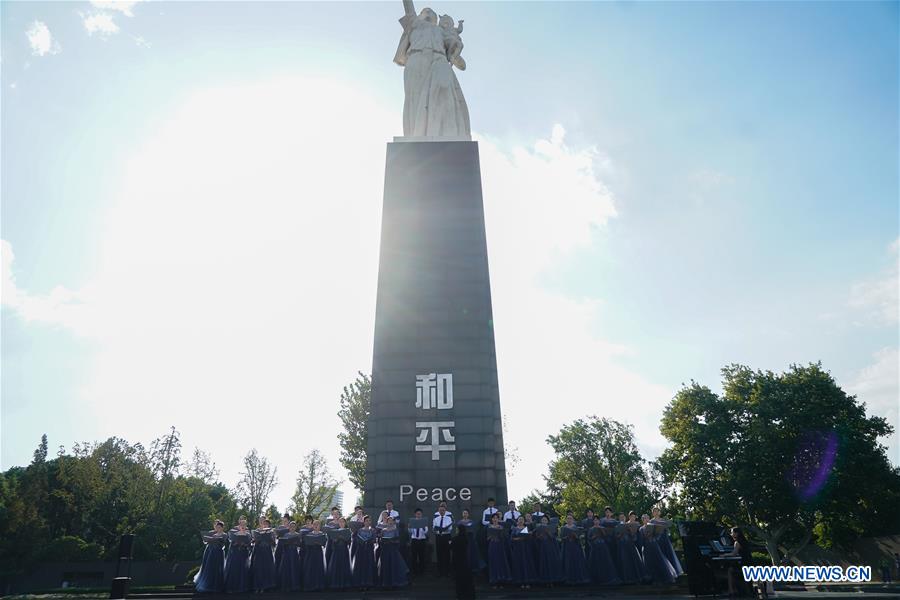 Choir members perform during a commemorative event held at the Memorial Hall of the Victims in Nanjing Massacre by Japanese Invaders on the occasion of the International Day of Peace in Nanjing, capital of east China's Jiangsu Province, Sept. 21, 2019. (Xinhua/Ji Chunpeng) 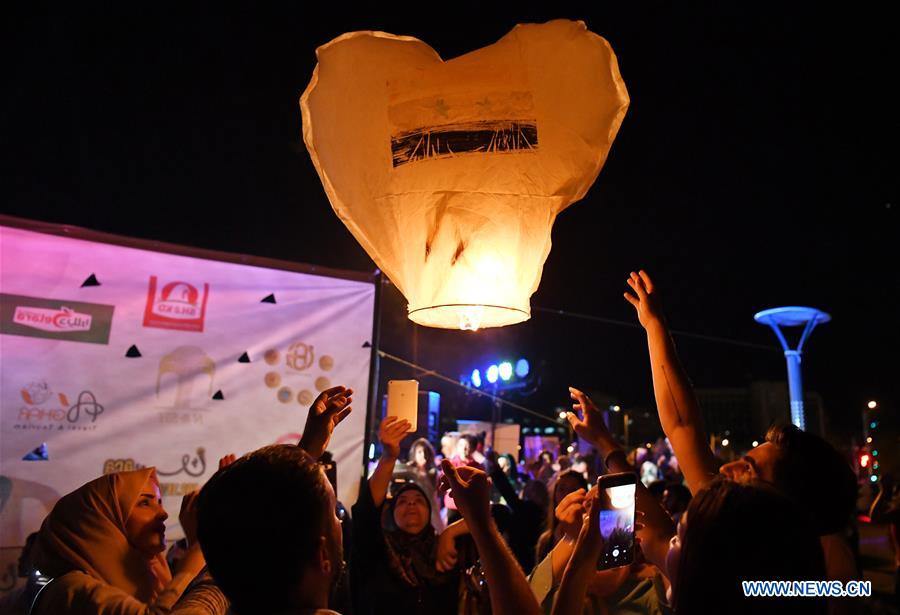 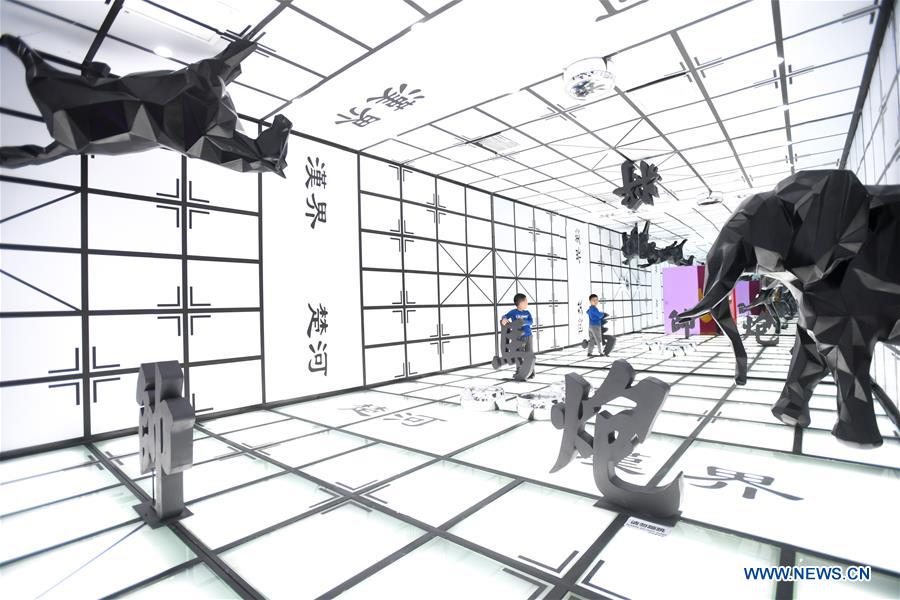 People visit an exhibition on the art of Chinese characters in Changsha, capital of central China's Hunan Province, Sept. 21, 2019. The exhibition will last until Oct. 27. (Xinhua/Chen Zeguo) 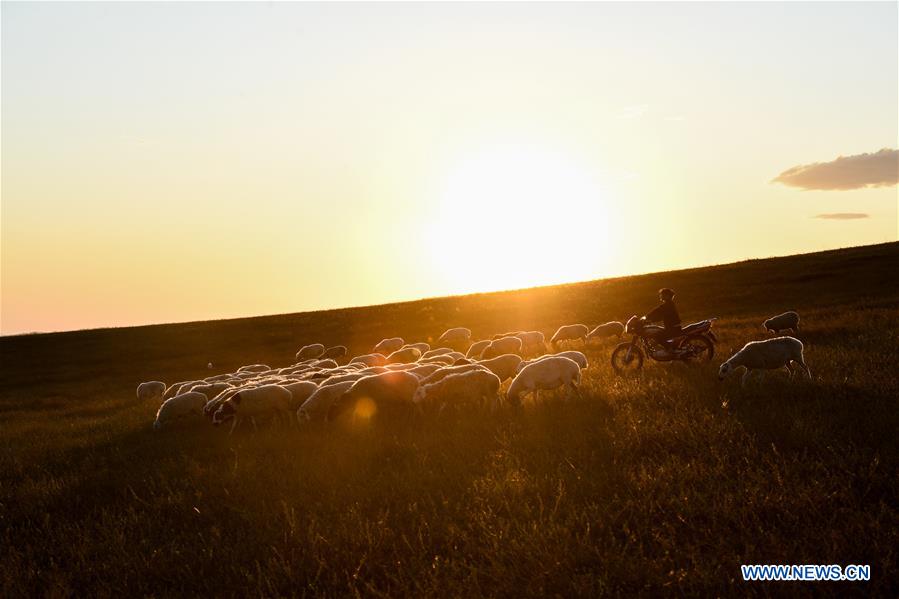 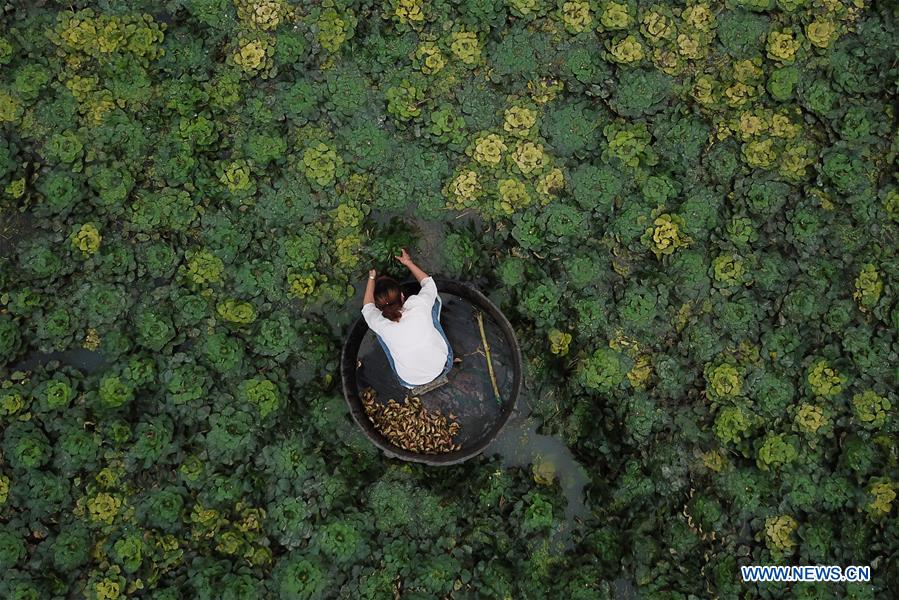 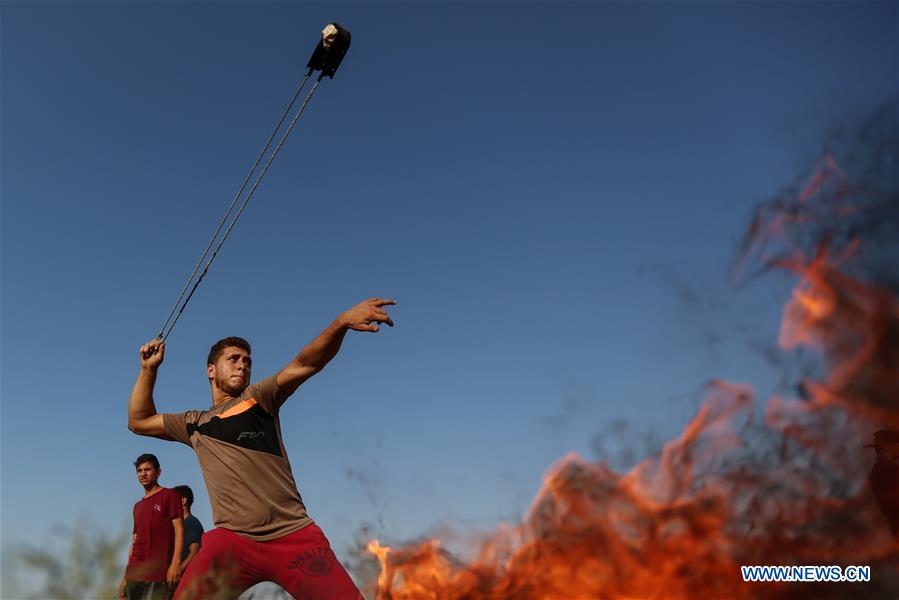 A Palestinian protester uses a slingshot during clashes on the Gaza-Israel border, east of Gaza City, Sept. 20, 2019. (Photo by Mohammed Dahman/Xinhua) 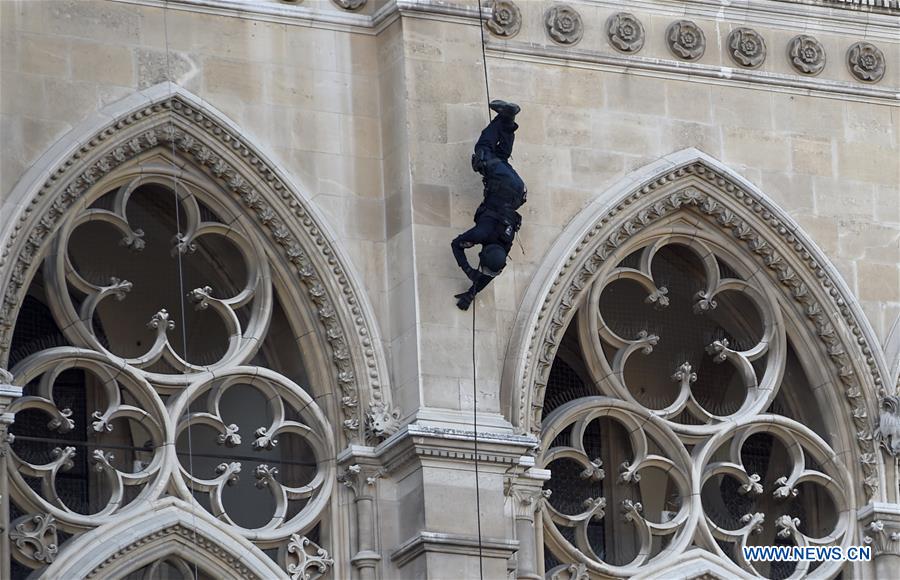 A policeman demonstrates abseiling skill during the Vienna Police Day celebration in Vienna, Austria, Sept. 21, 2019. A grand parade was held in Vienna on Saturday to celebrate the 150th anniversary of the Vienna Police. (Xinhua/Guo Chen) 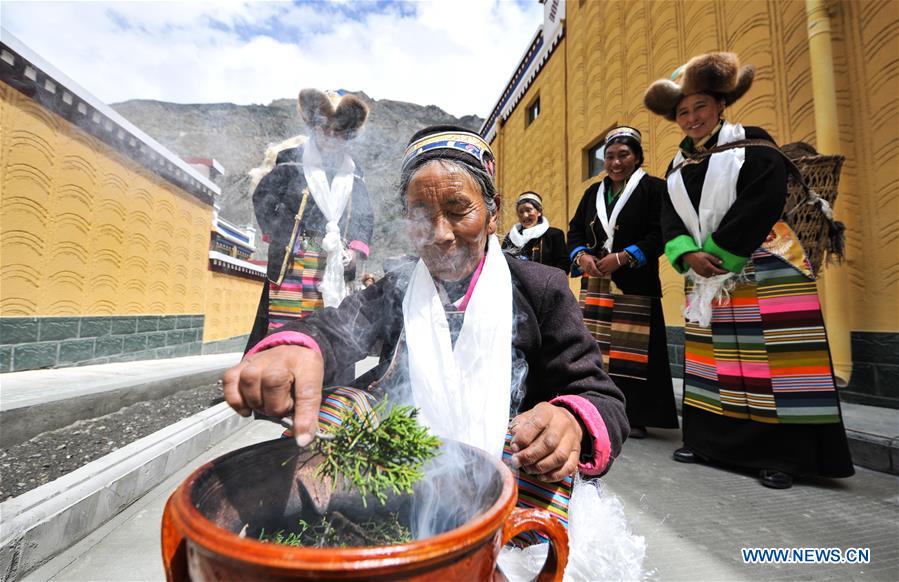 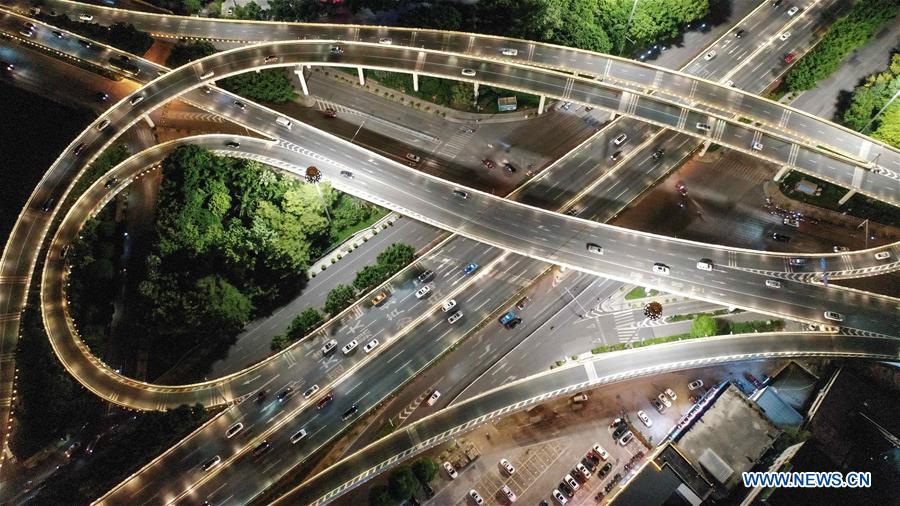 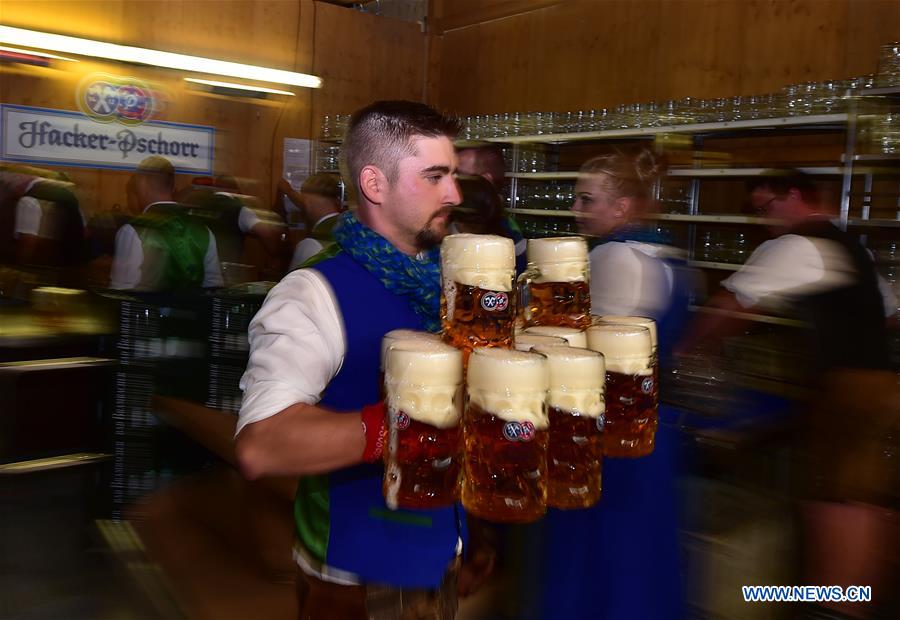 A staff member serves beer during the first day of the Oktoberfest 2019 in Munich, Germany, Sept. 21, 2019. The 186th Oktoberfest, one of the world's largest folk festivals, officially opened here on Saturday. It is expected that around 6 million visitors from all over the world will enjoy festival beer and culinary delicacies here from Sept. 21 to Oct. 6. (Xinhua/Lu Yang)