Xinhua photos of the day (April 11) 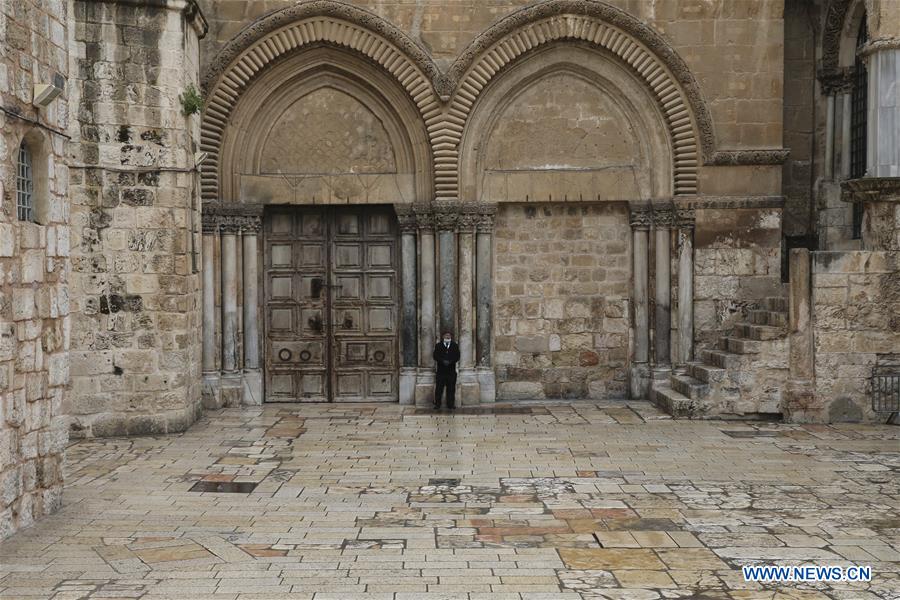 A man stands in front of a closed door of Church of the Holy Sepulchre on Good Friday in Jerusalem's Old City amid the novel coronavirus epidemic outbreak on April 10, 2020. (Photo by Muammar Awad/Xinhua) 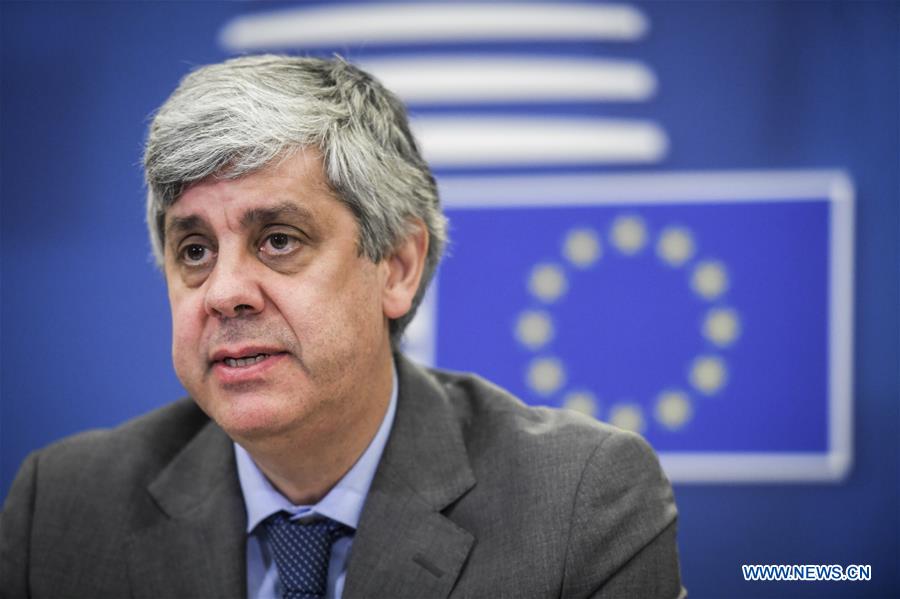 Portuguese Finance Minister and Eurogroup President Mario Centeno attends the press conference of a video meeting of the Eurogroup in Lisbon, Portugal, April 9, 2020. Eurogroup finance ministers Thursday night sealed a financial package worth half a trillion euros to help the 27-nation Eurozone tackle the fallout from the COVID-19 pandemic, but put aside proposals by some countries like France and Italy to borrow common debt, or Eurobonds. (European Union/Handout via Xinhua) 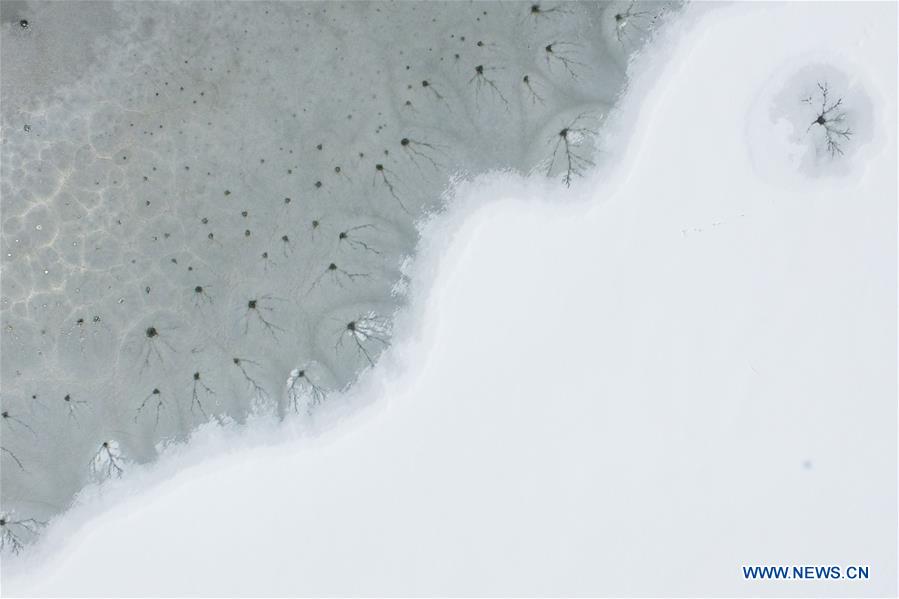 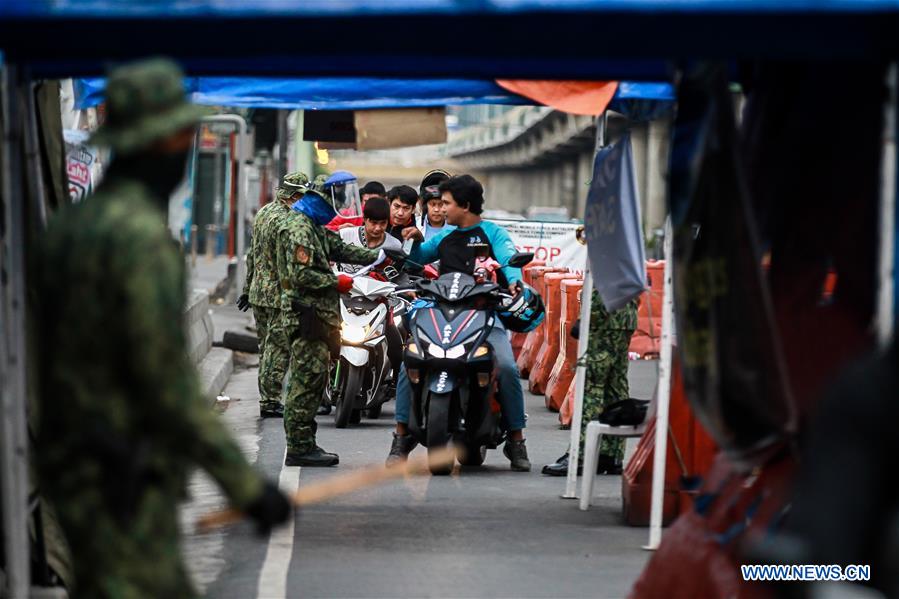 Police inspect motorcyclists at a checkpoint in Antipolo City, the Philippines, on April 10, 2020. (Xinhua/Rouelle Umali) 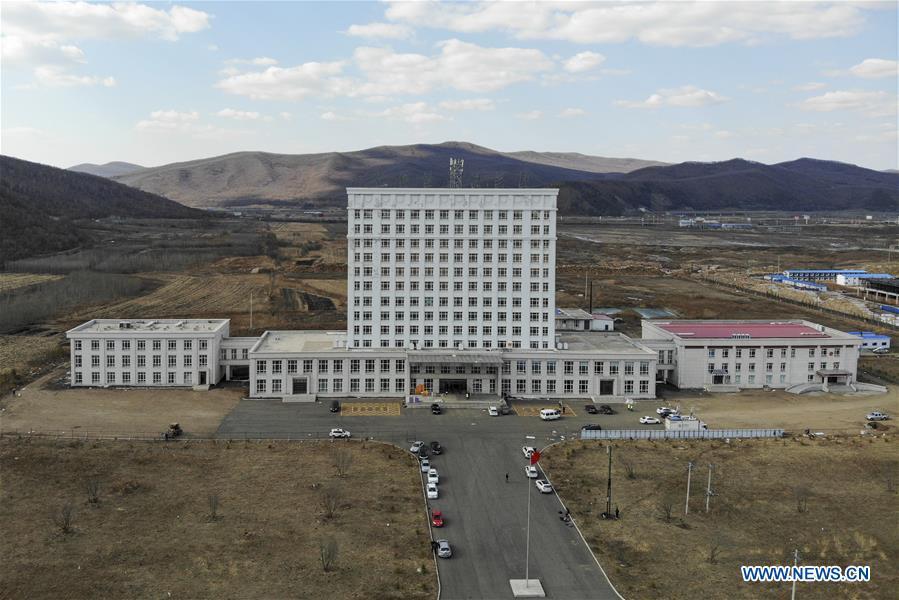 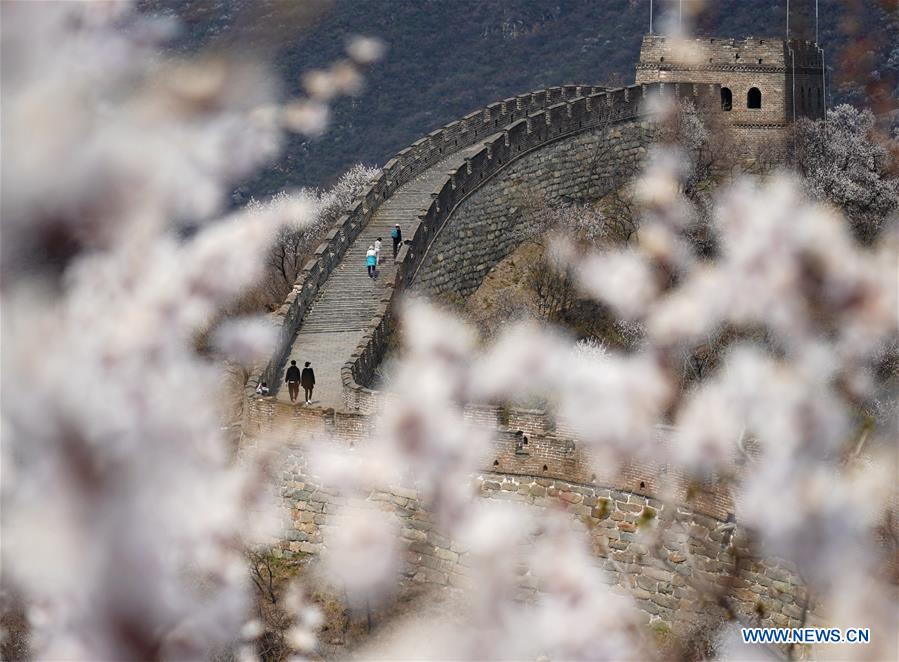 Photo taken on April 10, 2020 shows the spring scenery of the Mutianyu Great Wall in Beijing, capital of China. (Xinhua/Zhang Chenlin) 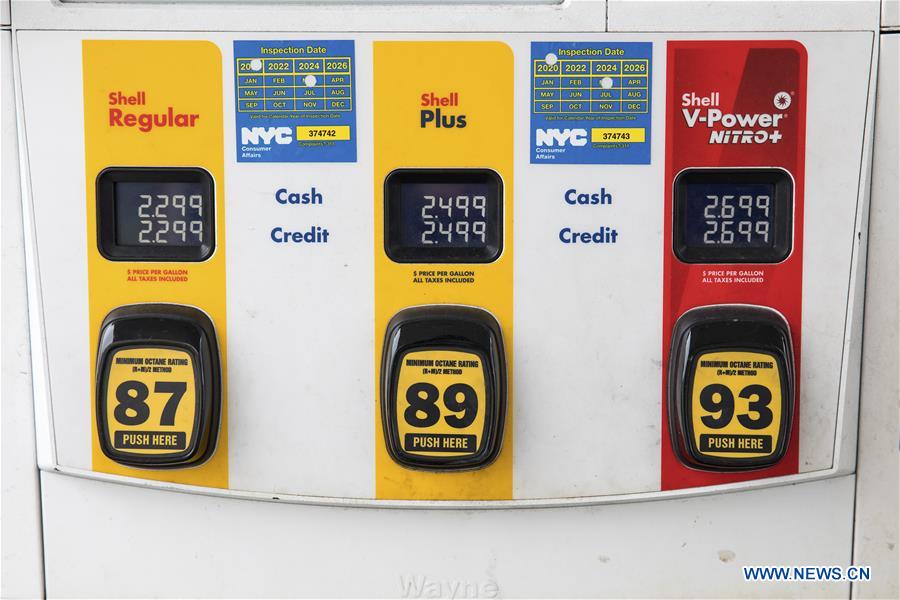 Gas prices are displayed on a pump at a Shell gas station in the Brooklyn borough of New York, the United States on April 9, 2020. The Organization of the Petroleum Exporting Countries (OPEC) and its allies led by Russia, known as OPEC+, reached on Thursday a tentative agreement to cut production to stop a market free-fall amid the coronavirus pandemic, pending the consent of Mexico. (Photo by Michael Nagle/Xinhua) Women stand guard to restrict the entry of outsiders at Chatha village during a lockdown in Jammu, the winter capital of Indian-controlled Kashmir, April 10, 2020. (Str/Xinhua) 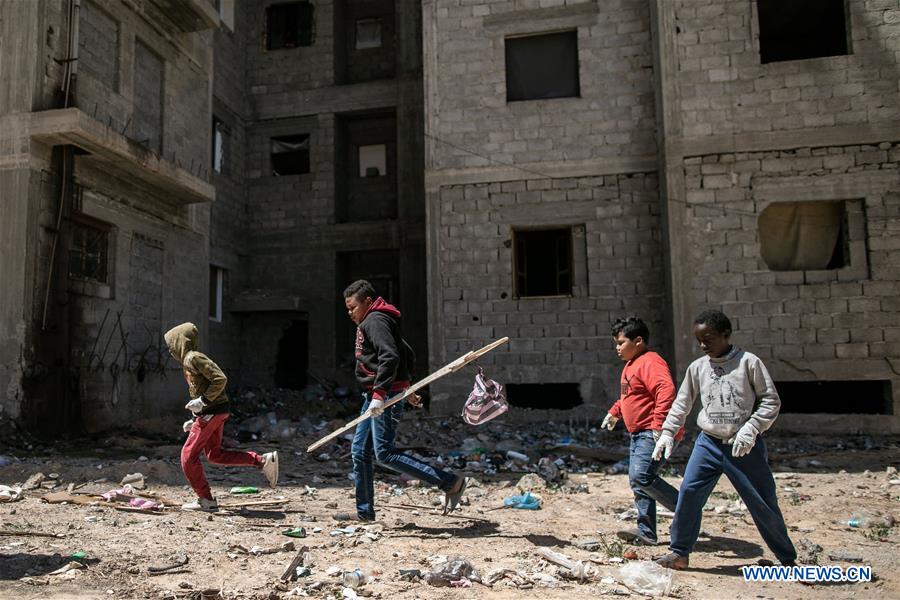 Displaced children play outside a building complex under construction in Tripoli, Libya, on April 10, 2020. Since the beginning of the conflict, nearly 150,000 people in and around Tripoli have been forced to flee their homes, with 345,000 civilians remaining in frontline areas and some 749,000 living in conflict-affected areas, according to UNSMIL. (Photo by Amru Salahuddien/Xinhua) 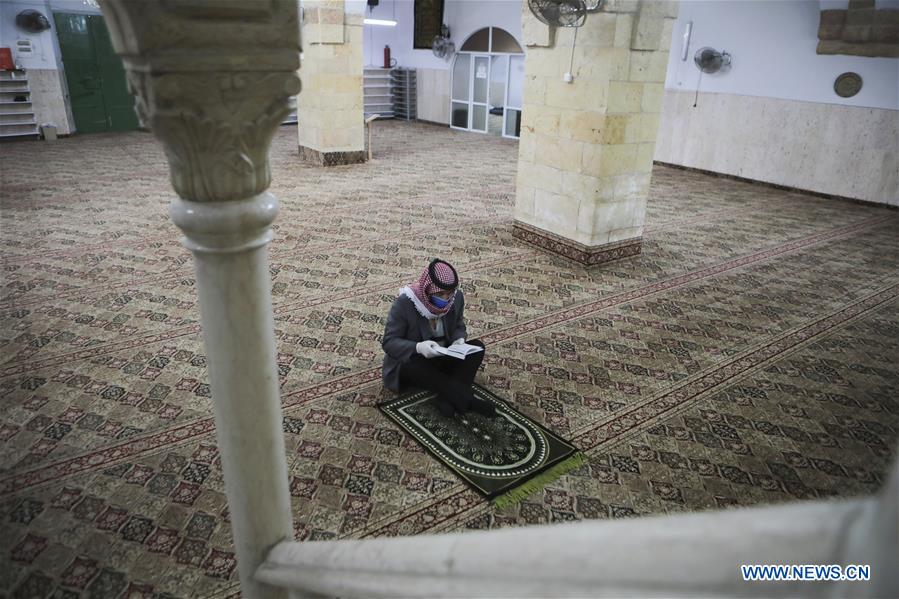 A Palestinian man reads Quran inside an empty mosque during Friday prayer after it was shut down as a precaution against the spread of COVID-19, in the West Bank City of Hebron, April 10, 2020. (Photo by Mamoun Wazwaz/Xinhua) 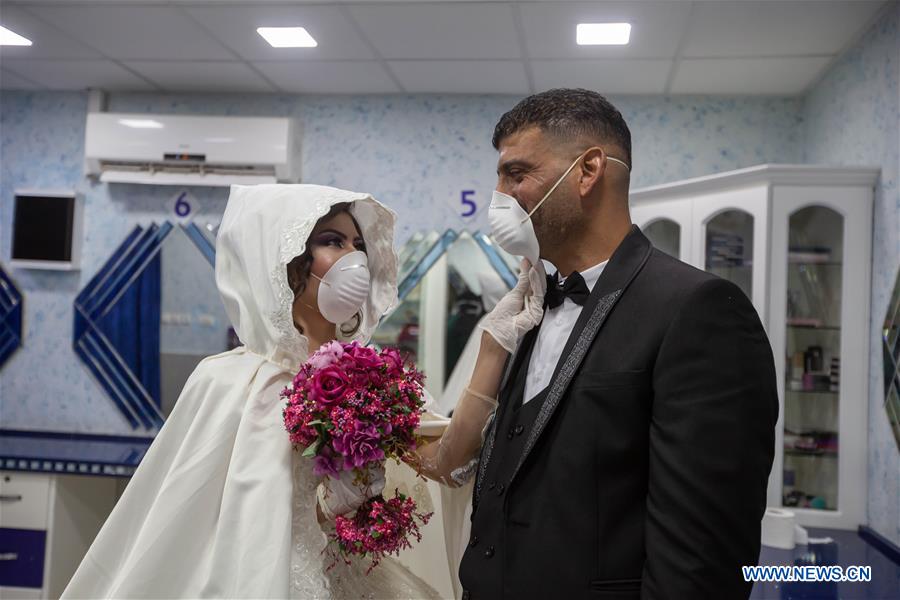 Palestinian bride, Shima' al-Titi, adjusts the face mask for her groom, Ishaq Musleh, before they leave the beauty salon in the Palestinian Deheisheh refugee camp near the West Bank city of Bethlehem, on April 10, 2020. (Photo by Luay Sababa/Xinhua) Voters fill in their ballots at a polling station in Seoul, South Korea, April 10, 2020. A two-day early voting for the National Assembly election of South Korea, which will take place on April 15, began on Friday. (Photo by Lee Sang-ho/Xinhua) 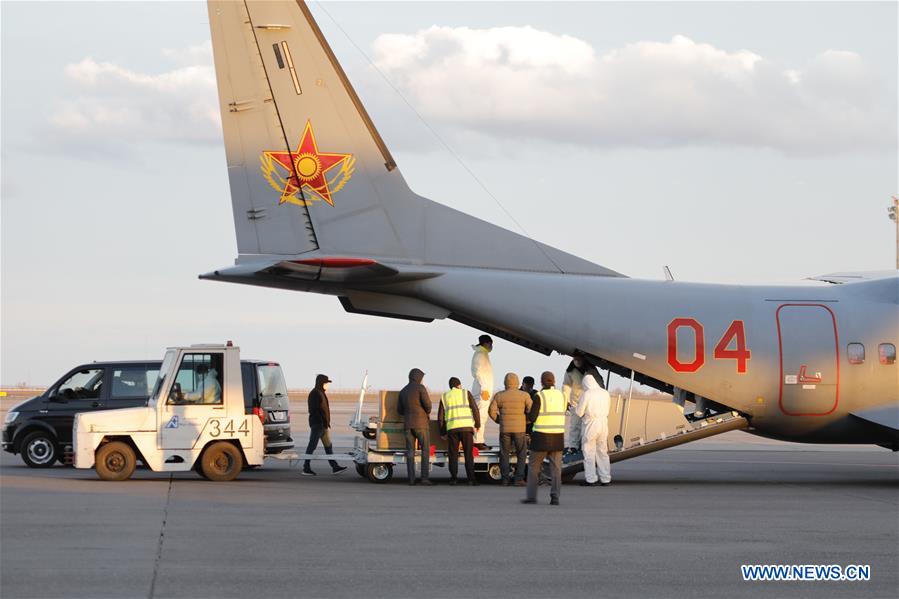 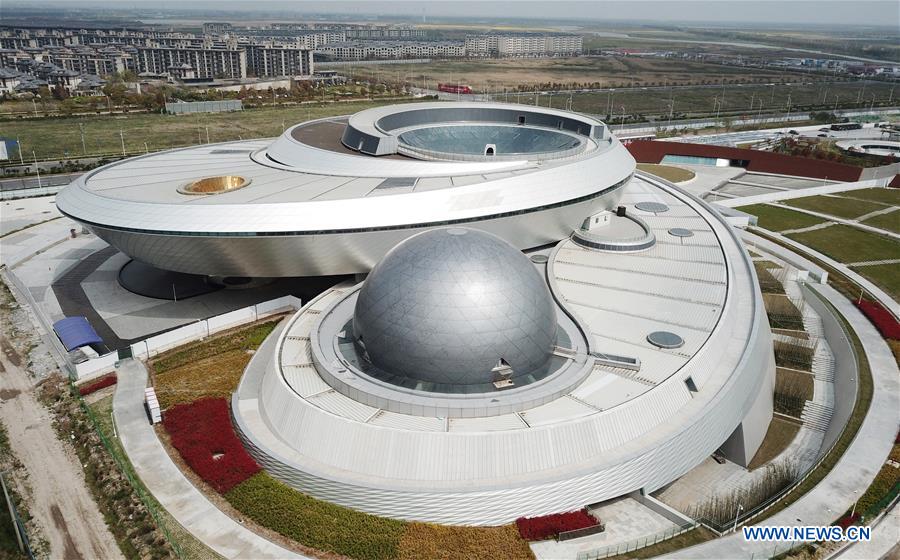 Aerial photo shows the main building of the Shanghai Planetarium, a branch of the Shanghai Science and Technology Museum, in east China's Shanghai, April 10, 2020. Construction resumed on March 11 at the Shanghai Planetarium, which is due to be the world's largest of its kind in terms of gross floor area when it officially opens in 2021. Located in the Pudong New Area, the planetarium occupies a gross floor area of 38,164 square meters, about half of that of the Louvre in Paris. (Xinhua/Fang Zhe)