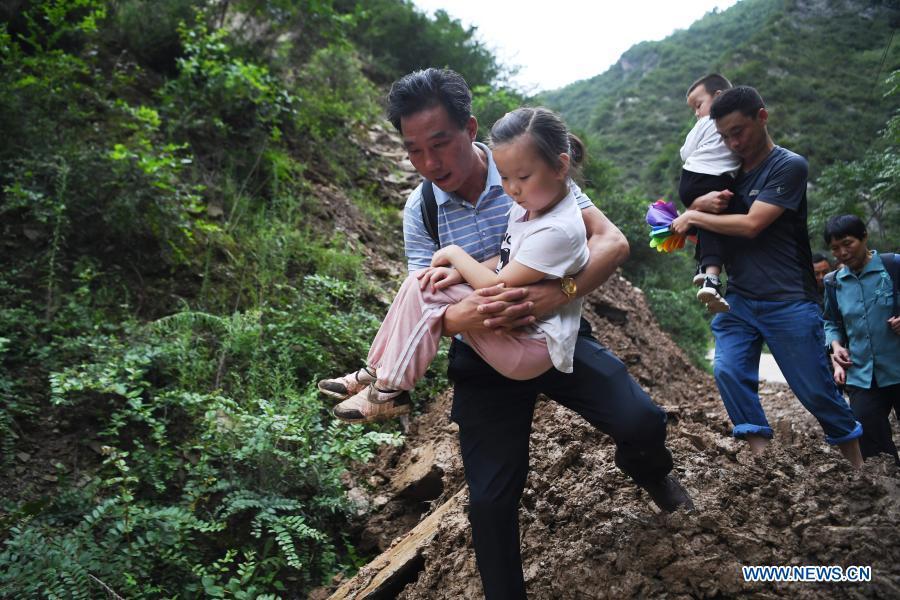 People send children to school after roads were damaged by flooding and landslide in Heping Village of Luotang Town in Longnan City, northwest China's Gansu Province, on Aug. 22, 2020. Local government has organized rescuers to repair damaged roads in order to ensure that children can go to school safely. Village officials and parents joined in a voluntary service team to protect children on their way to school. (Xinhua/Chen Bin) 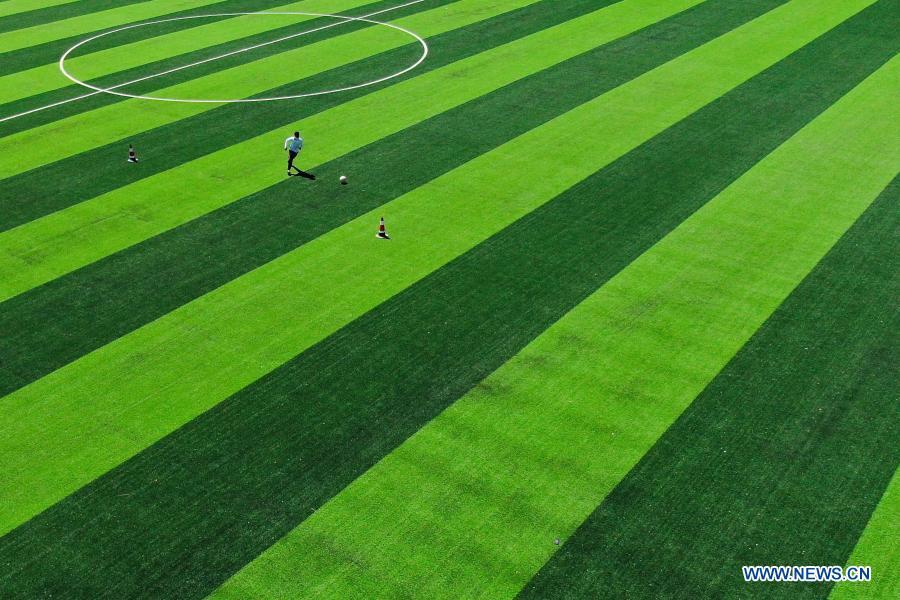 Zhang Guimei weeps during a lecture at the Huaping Senior High School for Girls in Lijiang, southwest China's Yunnan Province, Sept. 5, 2020. Zhang is the principal of the Huaping Senior High School for Girls, the country's first public high school that provides free education for female students, in the city of Lijiang. Zhang has been educating and aiding students in need, most living in isolated and poor areas. The school, led by Zhang, has created a miracle for the girls: 1,804 graduates have been admitted to colleges. (Xinhua/Chen Xinbo) 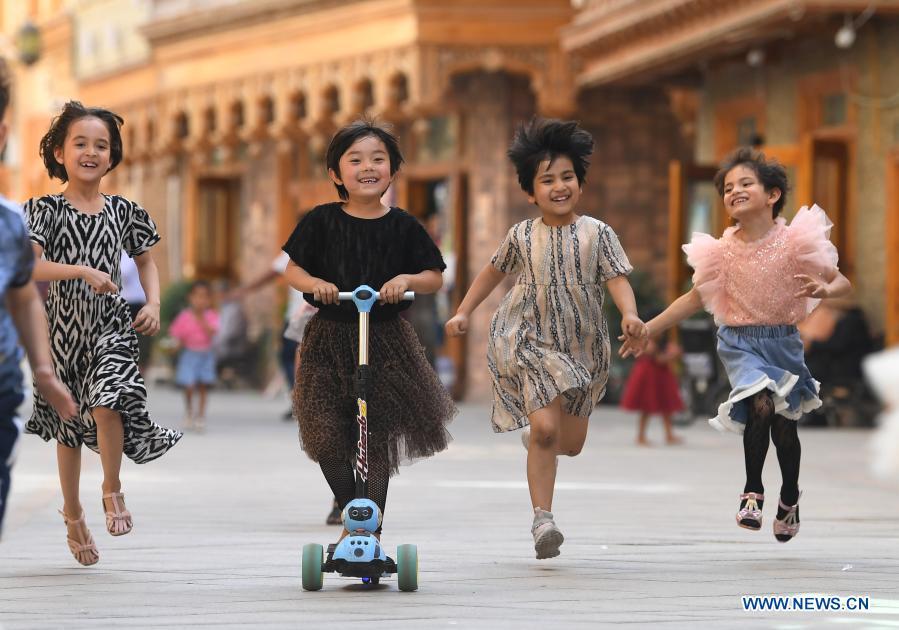 Children have fun in "Dove Lane" in the old town Tuancheng of Hotan City, northwest China's Xinjiang Uygur Autonomous Region, May 27, 2020. Gezixiang, meaning "Dove Lane", is located inside the old town Tuancheng in Hotan City. It used to be a shabby and dirty place where people traded doves. After four years of renovation, the lane has turned into a tourist attraction and becomes the town's landmark place. (Xinhua/Sadat) 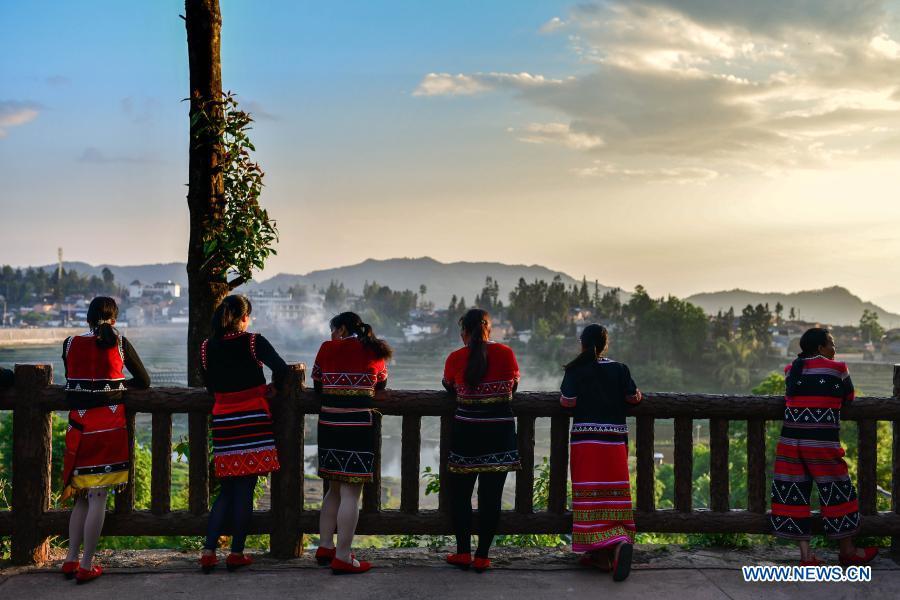 Villagers are seen at a square in Simola Wa Village in Qingshui Town of Tengchong City, southwest China's Yunnan Province, May 15, 2020. (Xinhua/Hu Chao) 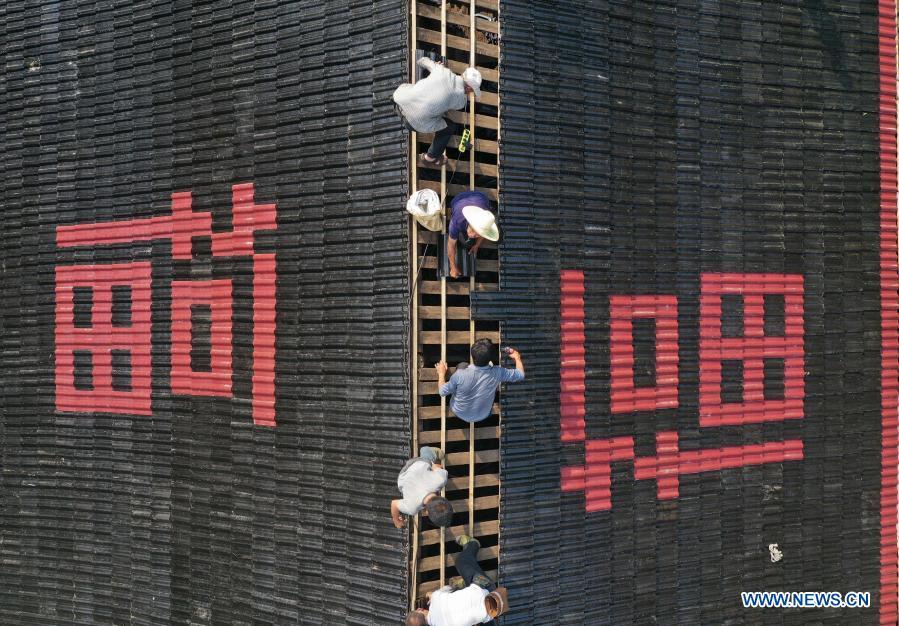 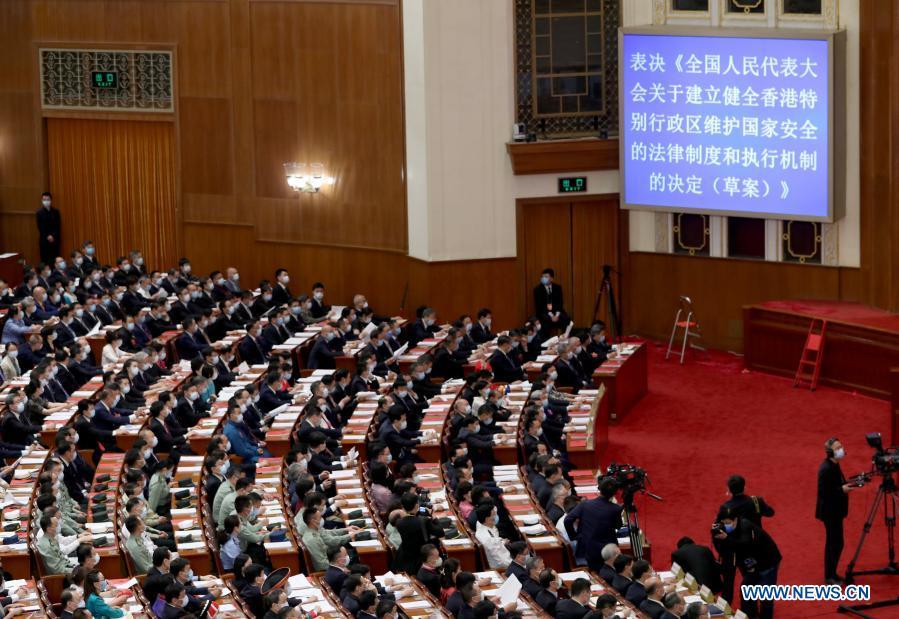 Deputies to the 13th National People's Congress (NPC) vote overwhelmingly to approve the NPC Decision on Establishing and Improving the Legal System and Enforcement Mechanisms for the Hong Kong Special Administrative Region to Safeguard National Security at the closing meeting of the third session of the 13th National People's Congress in Beijing, capital of China, May 28, 2020. (Xinhua/Ding Haitao) 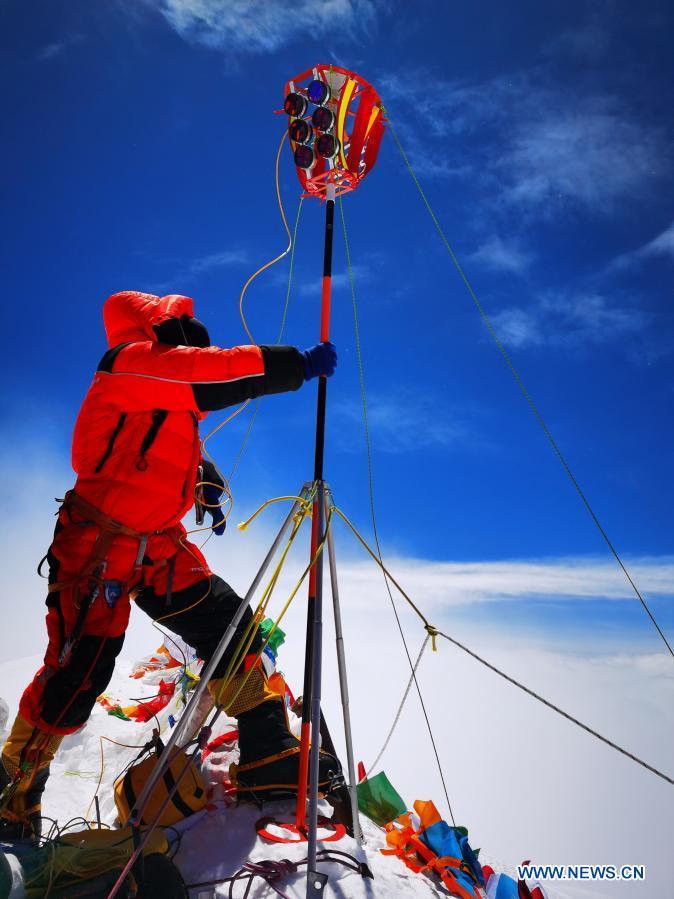 A Chinese surveyor conducts surveying atop Mount Qomolangma on May 27, 2020. (Xinhua/Tashi Tsering) 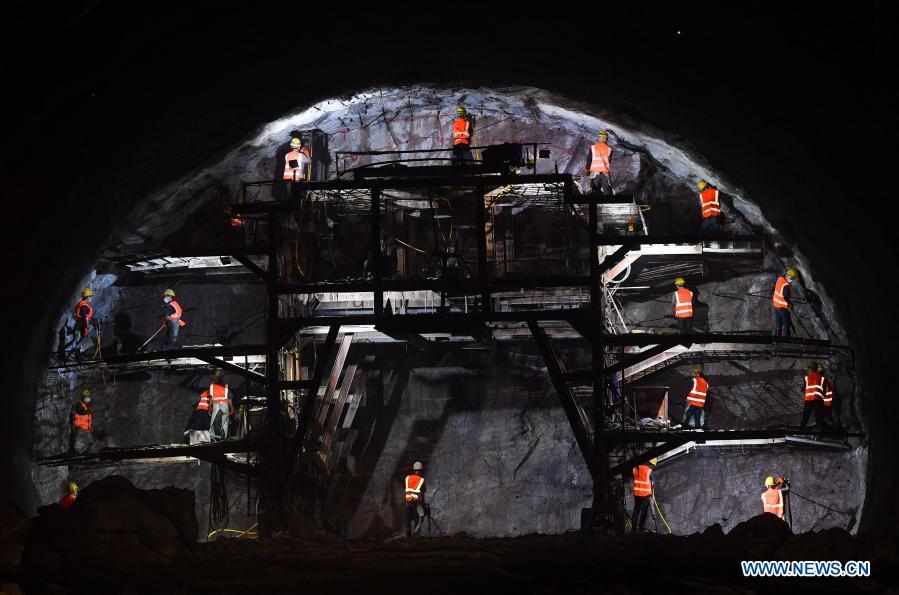 Volunteer teacher Gun Yinyun (L) demonstrates pronunciation to Wei Meili, a villager of Miao ethnic group, during a Mandarin training program in Wuying Village, which lies on the border of south China's Guangxi Zhuang Autonomous Region and southwest China's Guizhou Province, on May 8, 2020. Located deep in the mountains, Wuying is a remote village inhabited by the Miao ethnic group. Women over 40 in this village have hardly ever attended any school. Since March 2020, local authorities have piloted a Mandarin training program at Wuying Village to teach local women Mandarin, music, dance and other skills. (Xinhua/Huang Xiaobang) 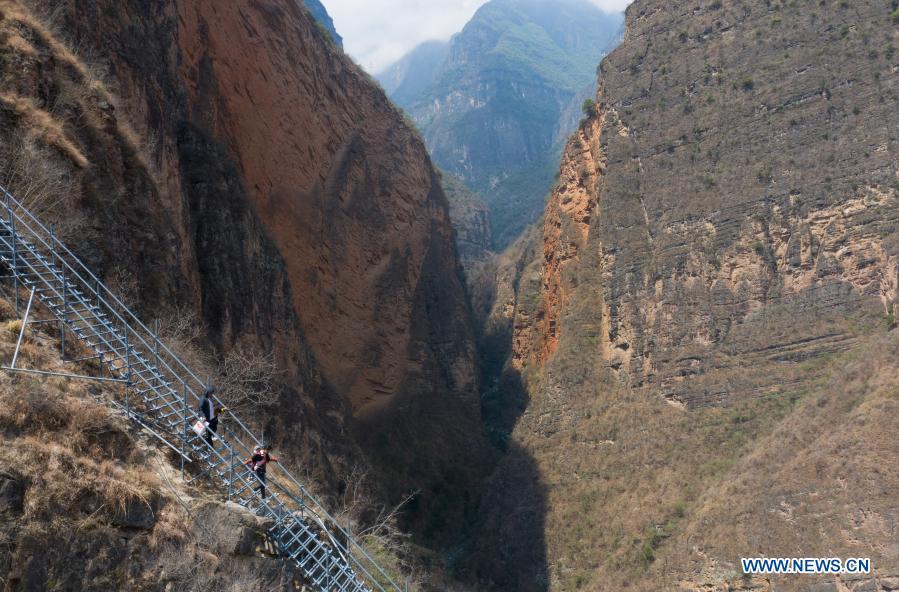 Aerial photo taken on May 13, 2020 shows Mou'se Laluo and his wife Jike Aniu with their two kids going down the steel ladder to leave Atulieer village and move to their new home at a newly-built community for poverty alleviation relocation in Zhaojue County, southwest China's Sichuan Province. (Xinhua/Jiang Hongjing) 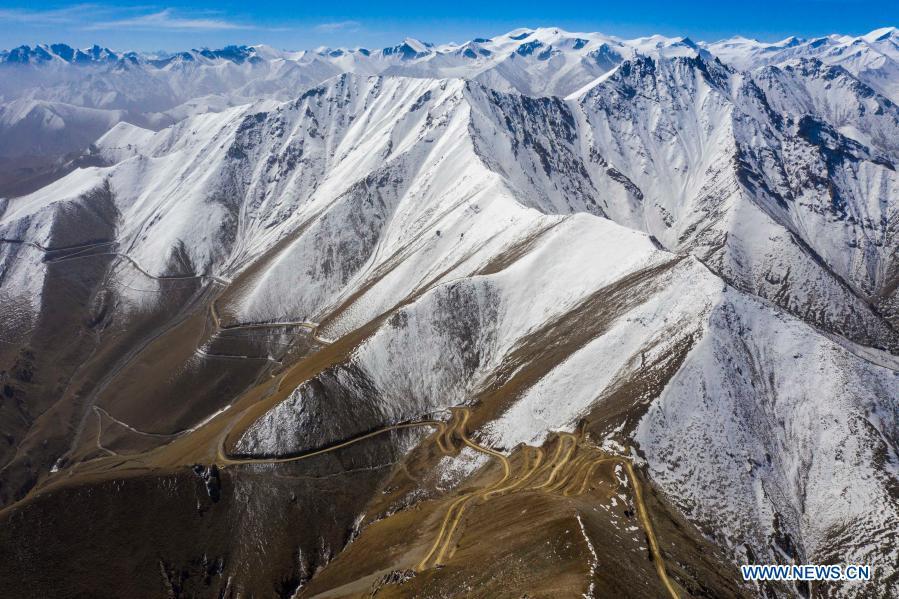 Aerial photo taken on May 1, 2020 shows a winding road leading to a village in Yecheng County, northwest China's Xinjiang Uygur Autonomous Region. As a part of poverty alleviation projects in the region, the road is upgraded to improve traffic capacity. (Xinhua/Hu Huhu) 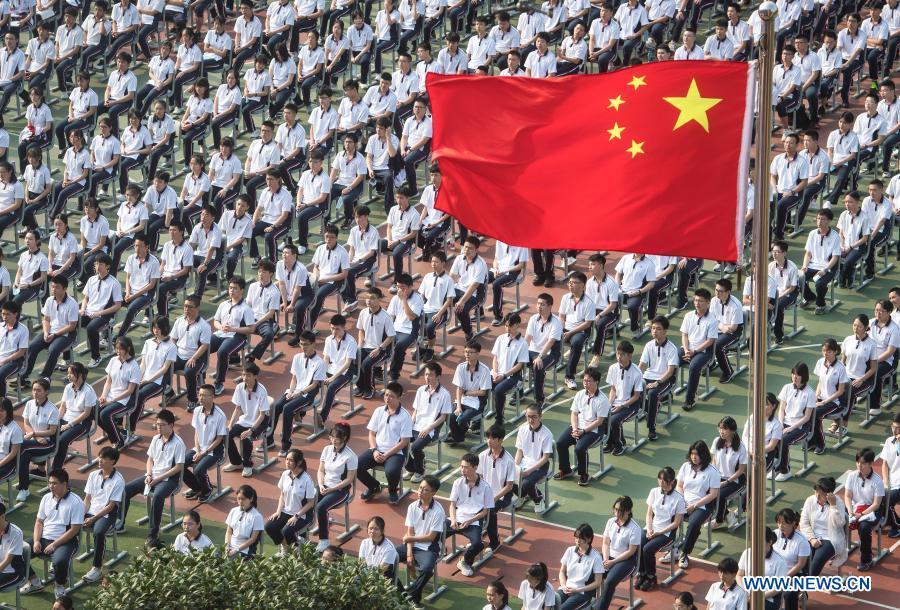 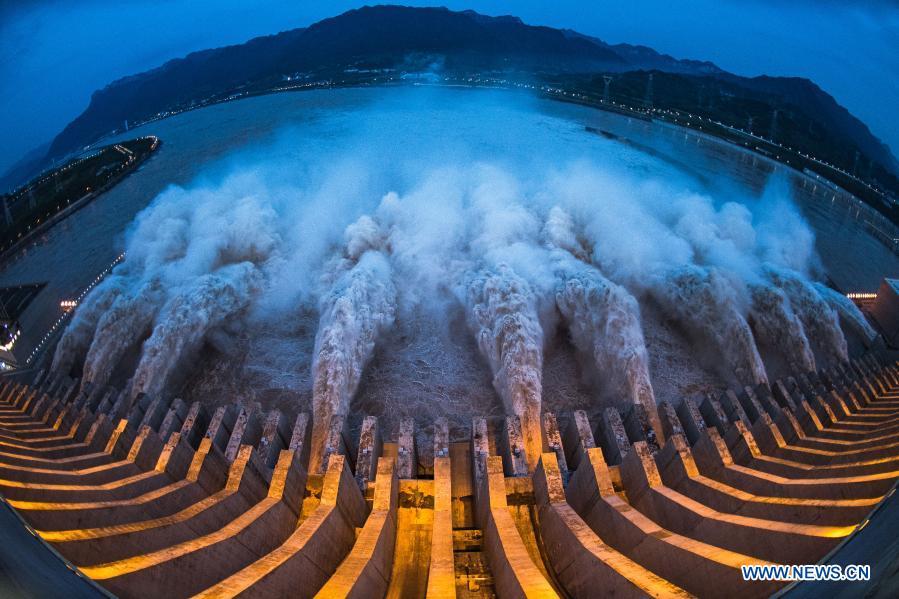 Photo taken on Aug. 19, 2020 shows water gushing out from the Three Gorges Dam in central China's Hubei Province. The inflow of water at the Three Gorges reservoir reached 72,000 cubic meters per second at noon on August 19. (Xinhua/Xiao Yijiu) 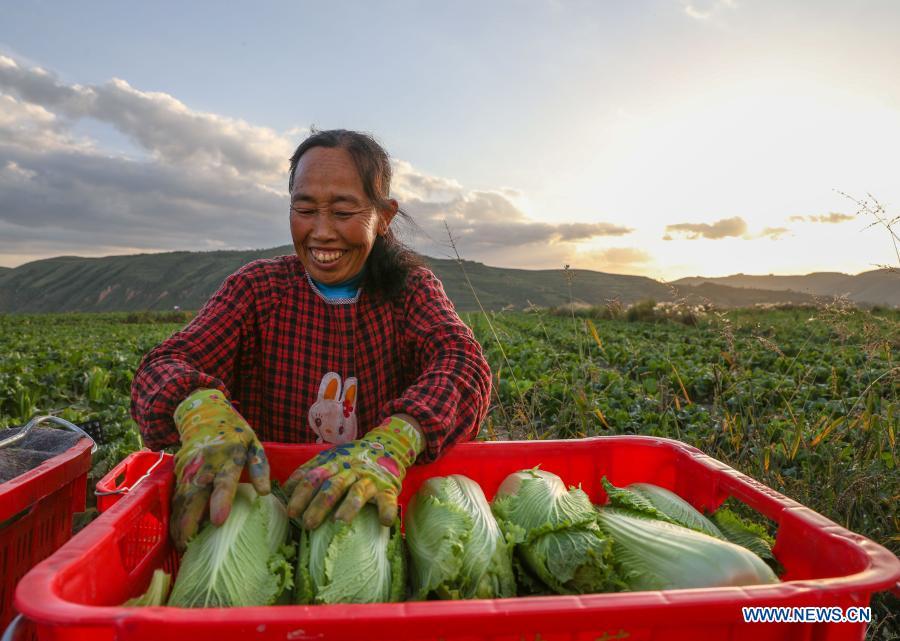 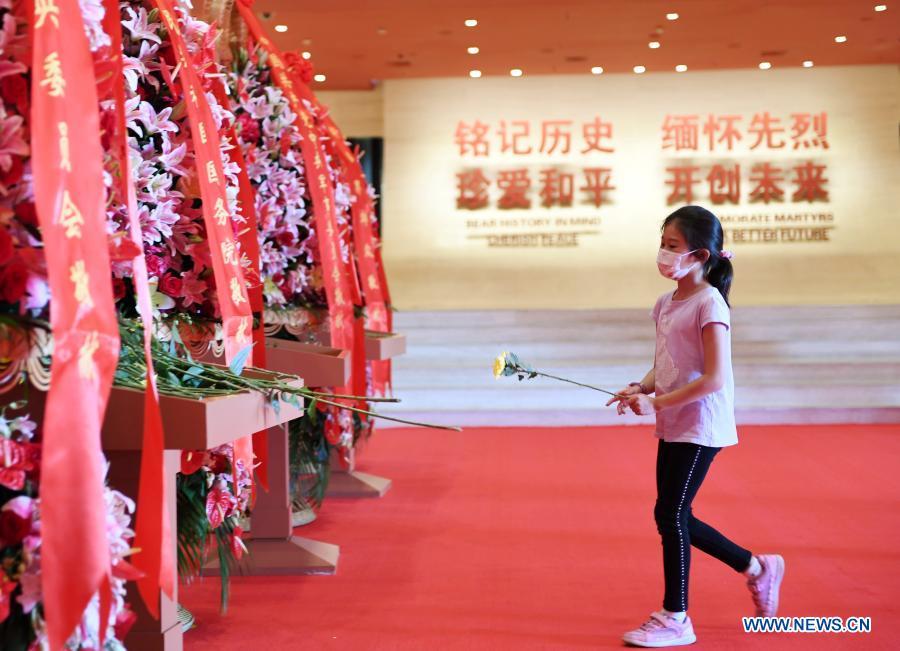 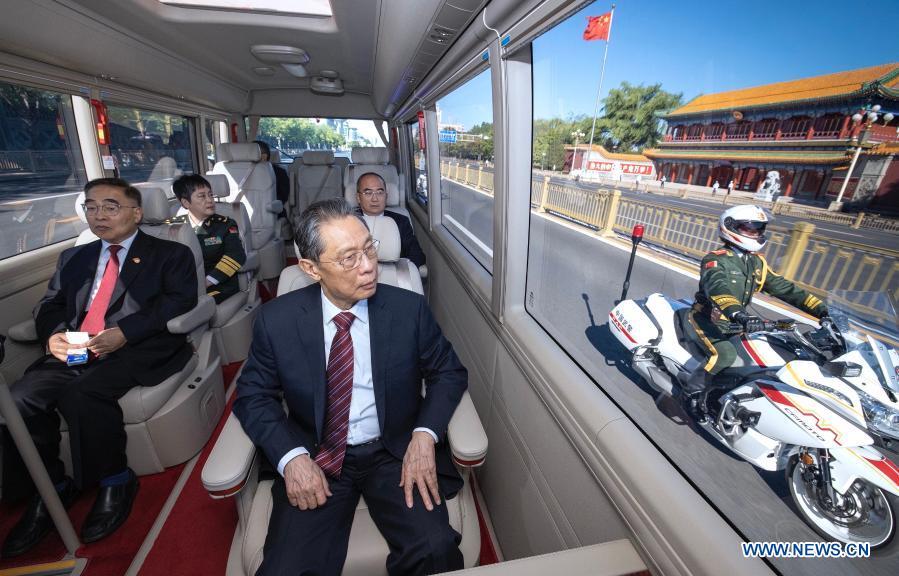 A motorcade takes recipient of the Medal of the Republic Zhong Nanshan, along with recipients of the "People's Hero" national honorary title Zhang Boli, Zhang Dingyu and Chen Wei, to the Great Hall of the People in Beijing, capital of China, Sept. 8, 2020. China started a meeting on Sept. 8, 2020 in Beijing to commend role models in the country's fight against the COVID-19 epidemic. (Xinhua/Liu Bin)