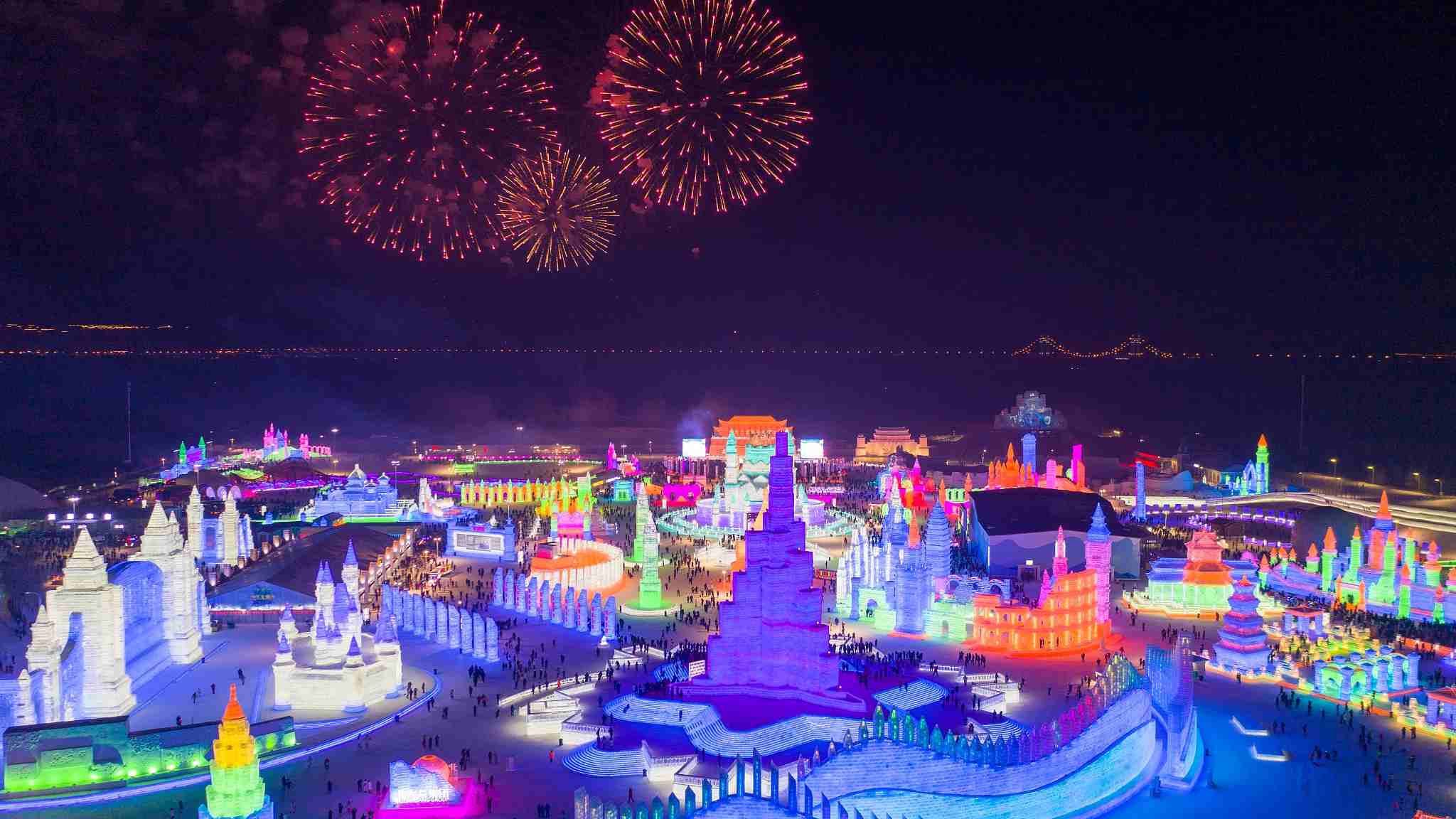 Tourists from home and abroad braved the freezing cold to visit a winter-themed “Disney World” on Tuesday, as the annual Harbin Ice and Snow Festival kicked off with a fireworks display and a light show in northeast China's Heilongjiang Province. /VCG Photo 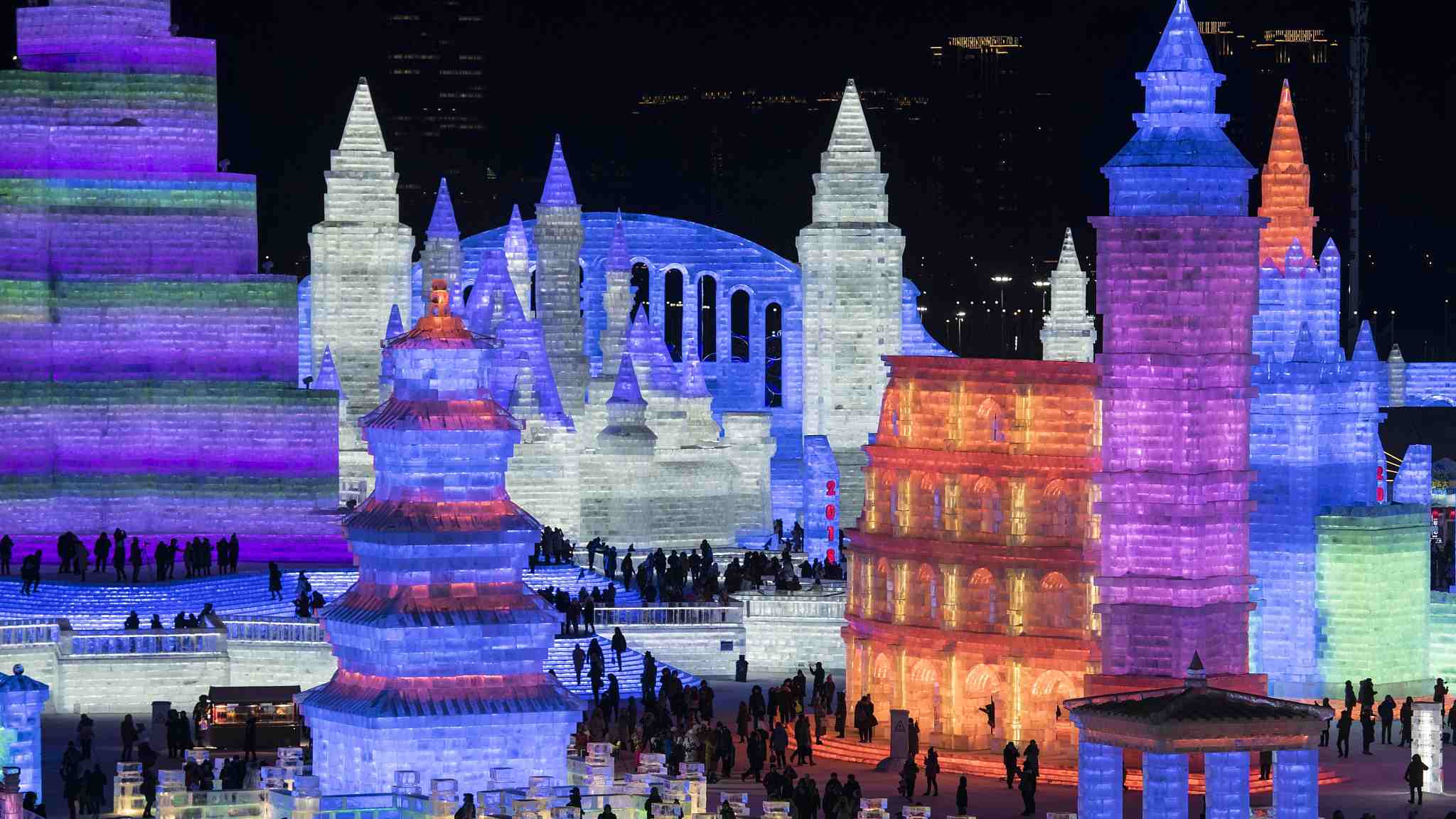 Entering its 35th year, the festival is considered the largest of its kind in the world. In an area of over 600,000 square meters, around 120,000 cubic meters of ice and 111,000 cubic meters of snow have been used to build the winter wonderland this year. /VCG Photo 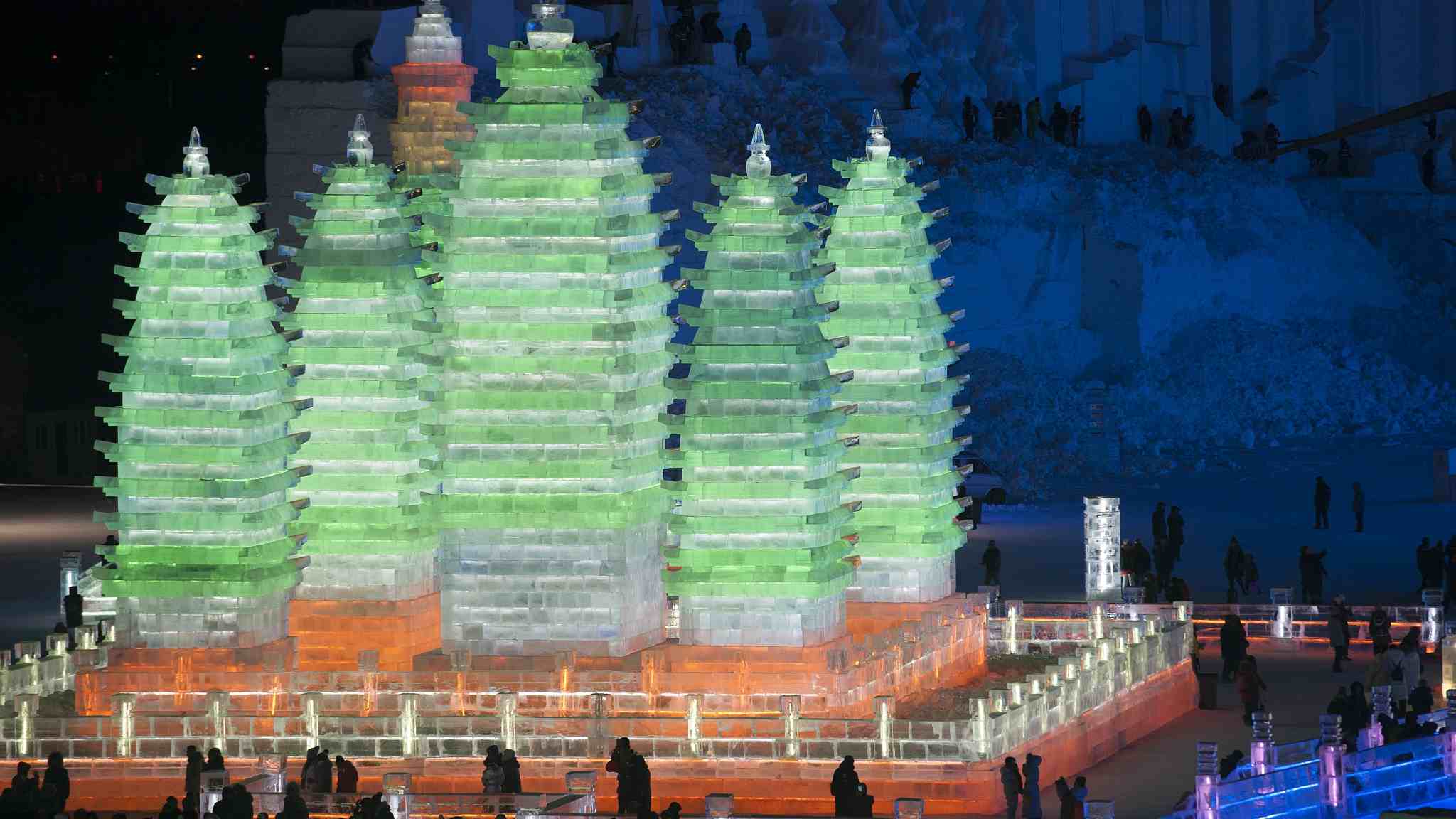 Made with ice blocks pulled from the nearby Songhua River, the sculptures include more than 100 landmarks and some gigantic ice castles lit by colorful LEDs. /VCG Photo 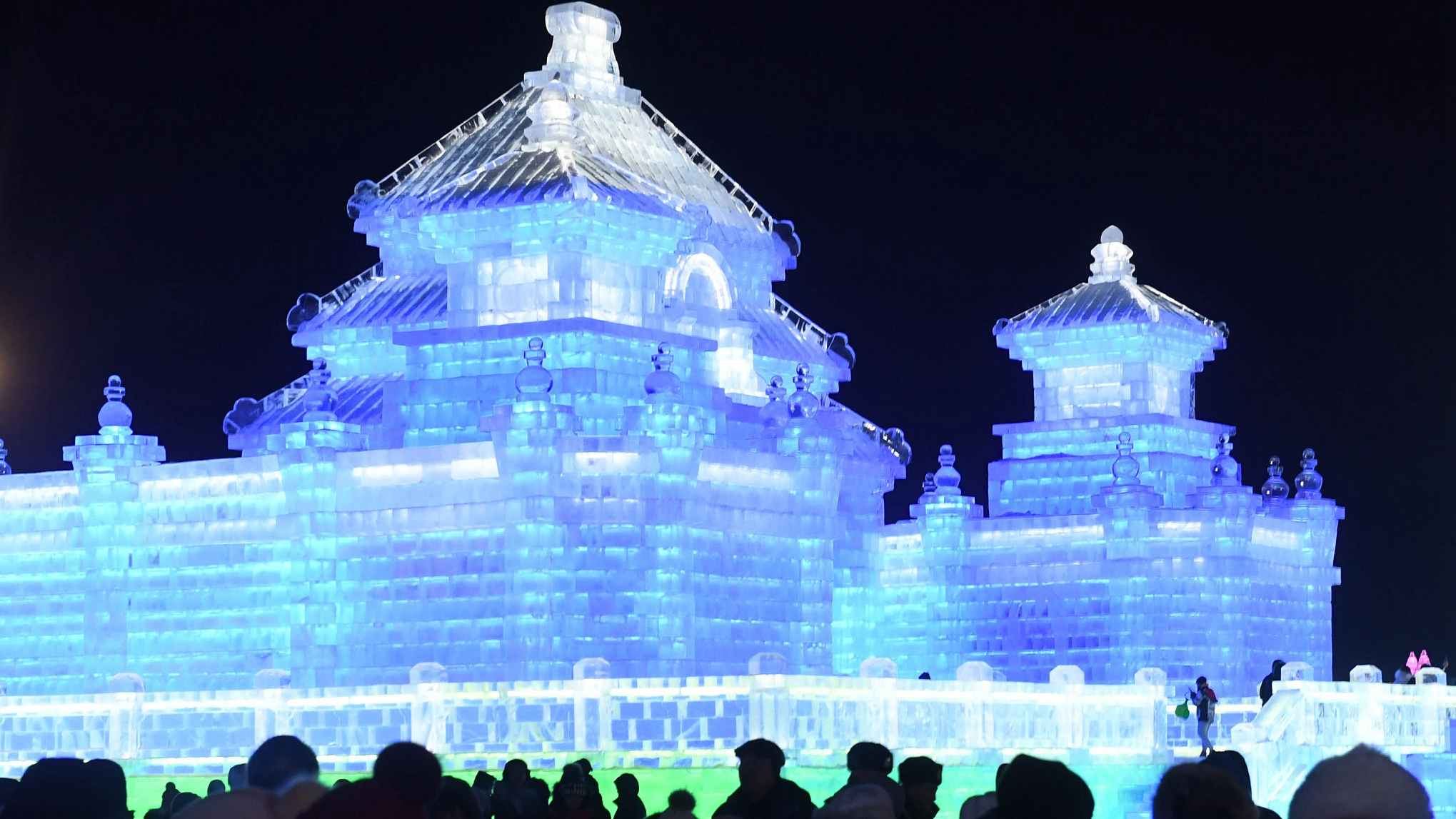 Festival-goers can also check out works created by sculptors from 12 different countries attending an annual contest. Frozen fun on sleigh rides and 2,019 snowmen of different shapes and sizes along the river shouldn't be missed as well. /VCG Photo 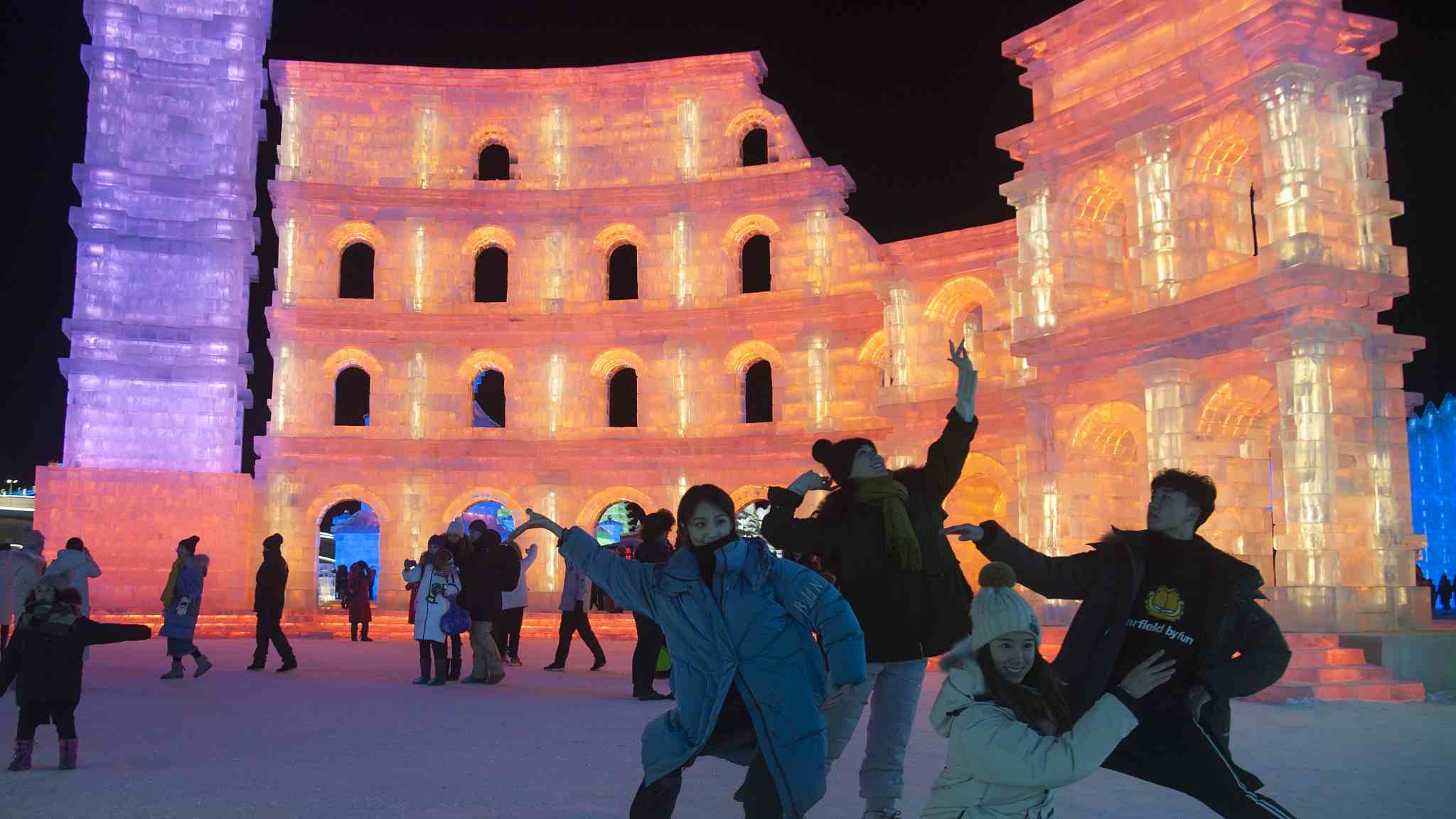 Best visited at night, entrance to the Harbin Ice and Snow World costs 330 yuan (about 48 U.S. dollars) on most days. The festival is expected to run until the end of February. /VCG Photo