PHOTOS You can zip down from Eiffel Tower now

You can zip down from Eiffel Tower now 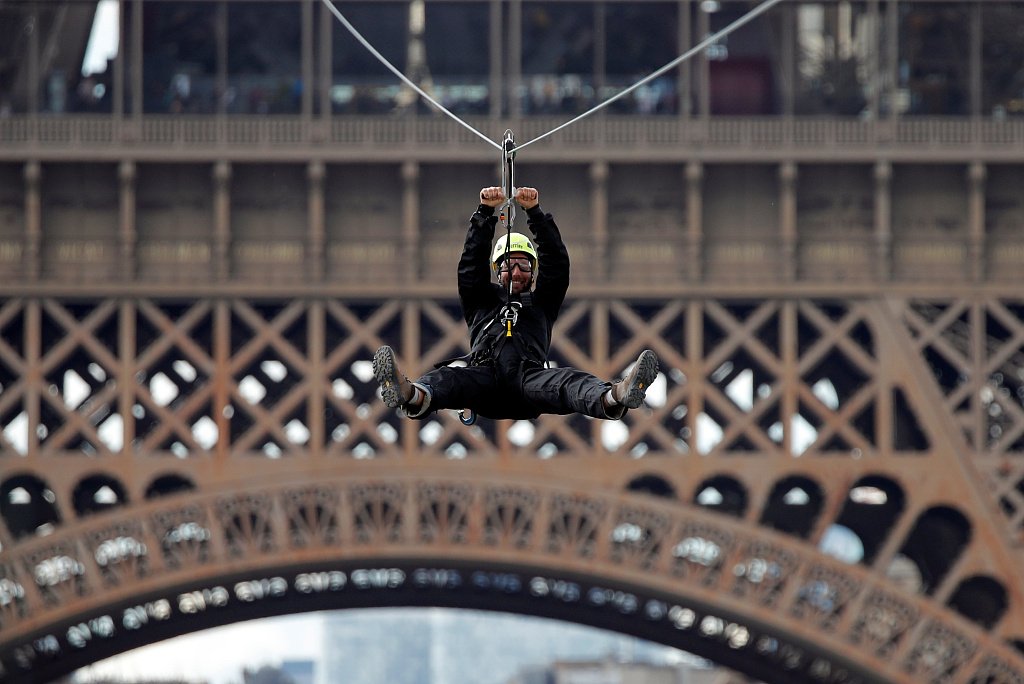 A participant rides a zip line down from the second floor of the Eiffel Tower, 115 meters above the ground along an 800-meter long route, as part of the Smash Perrier free event operating until June 2 in Paris, France, May 28, 2019. (Photos: VCG) 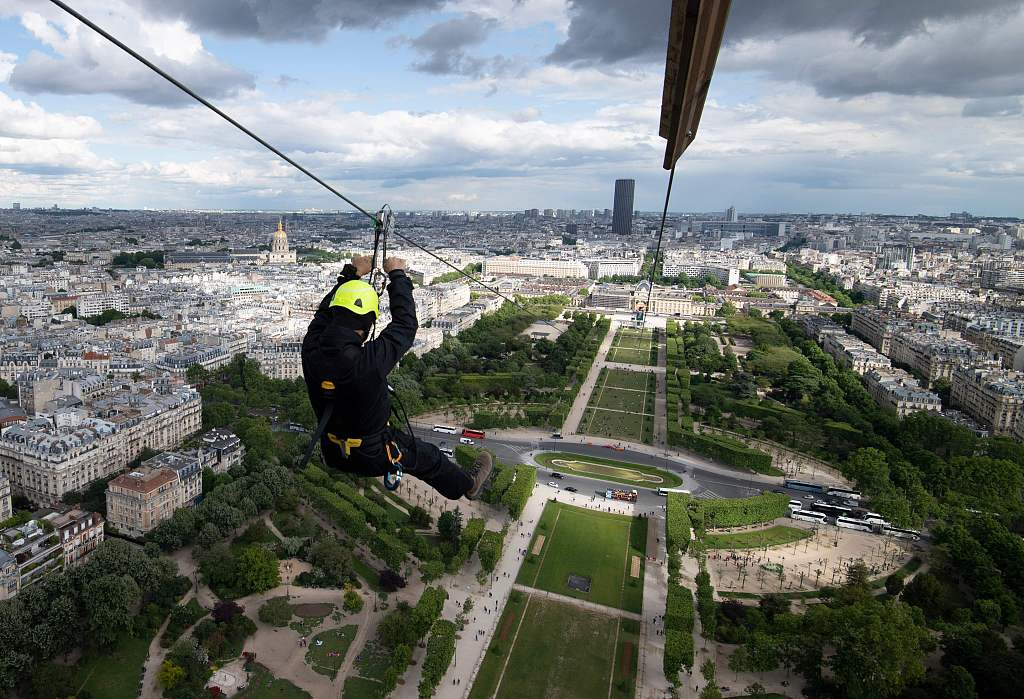 The 800-meter line will take riders from the tourist attraction to the Ecole Militaire at the bottom of Champ de Mars in just in 60 seconds. 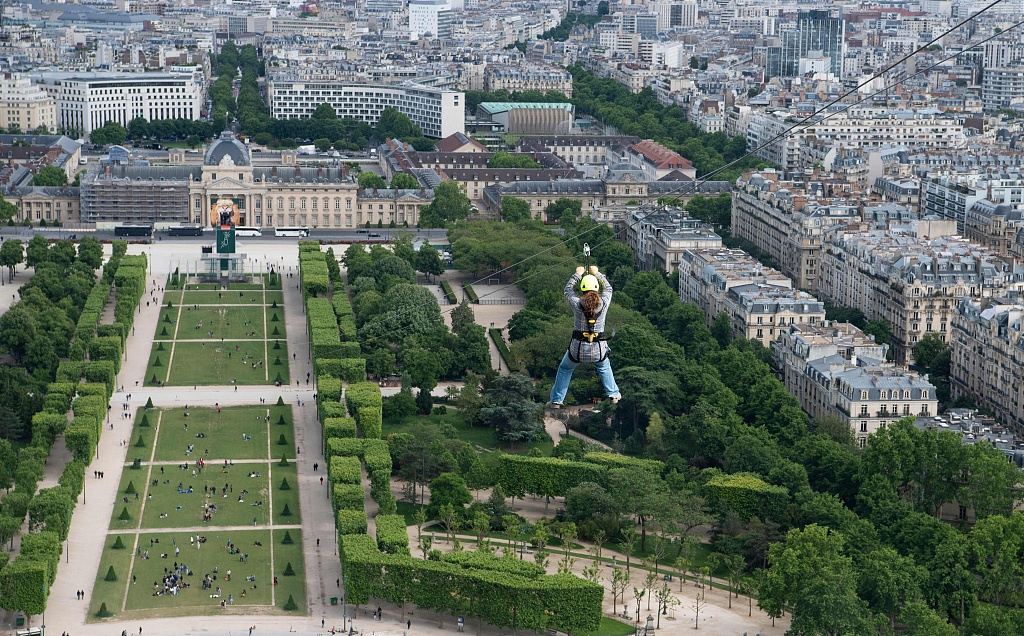 The zip line first opened in 2017 for just seven days to celebrate the French Open. 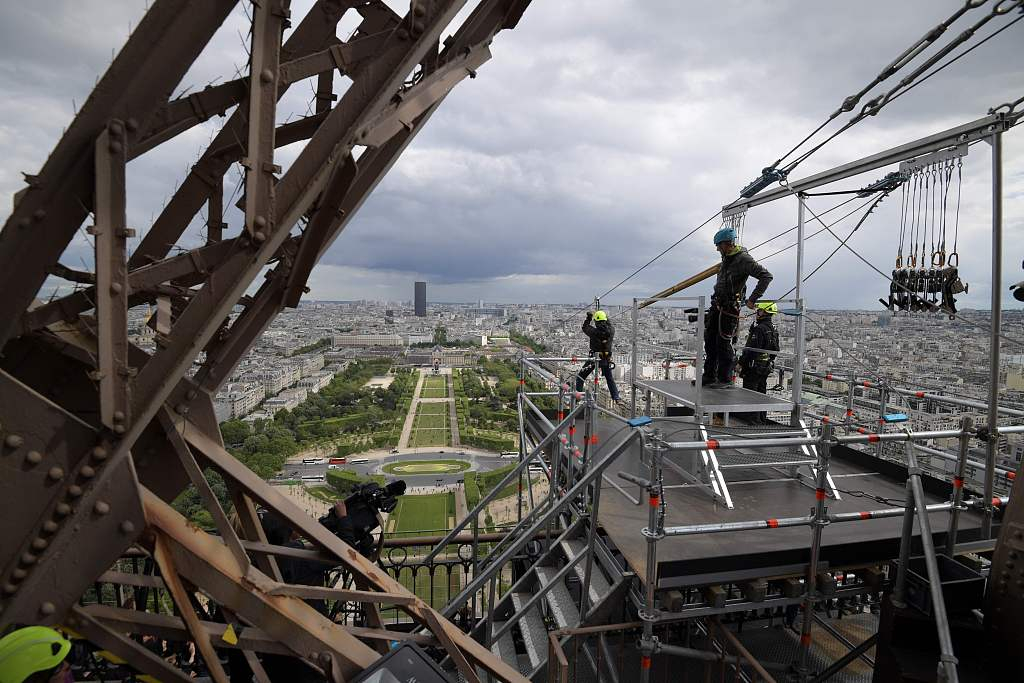 This year, it has re-opened in celebration of the 130th anniversary of the Eiffel Tower, alongside the French Open.