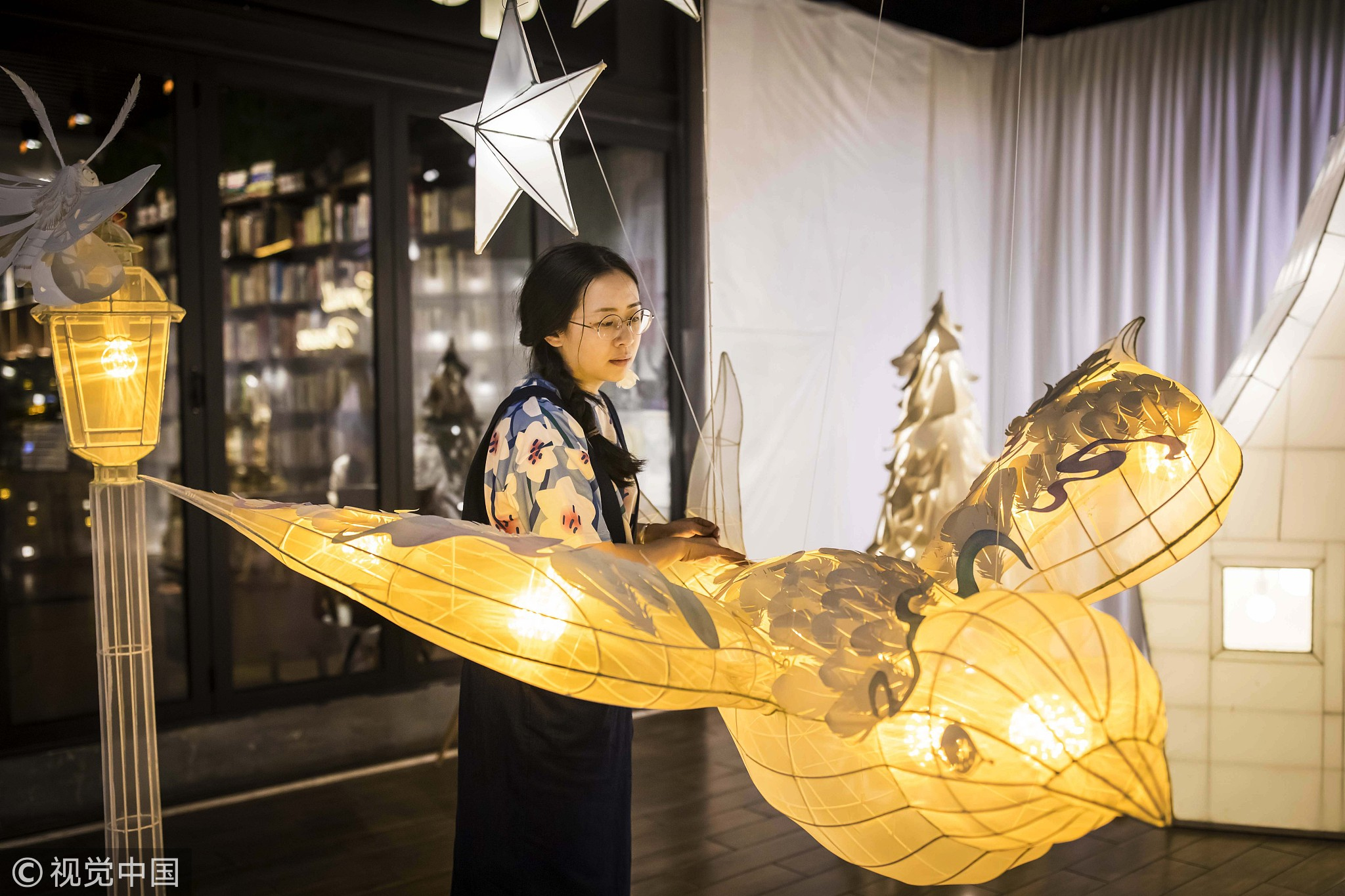 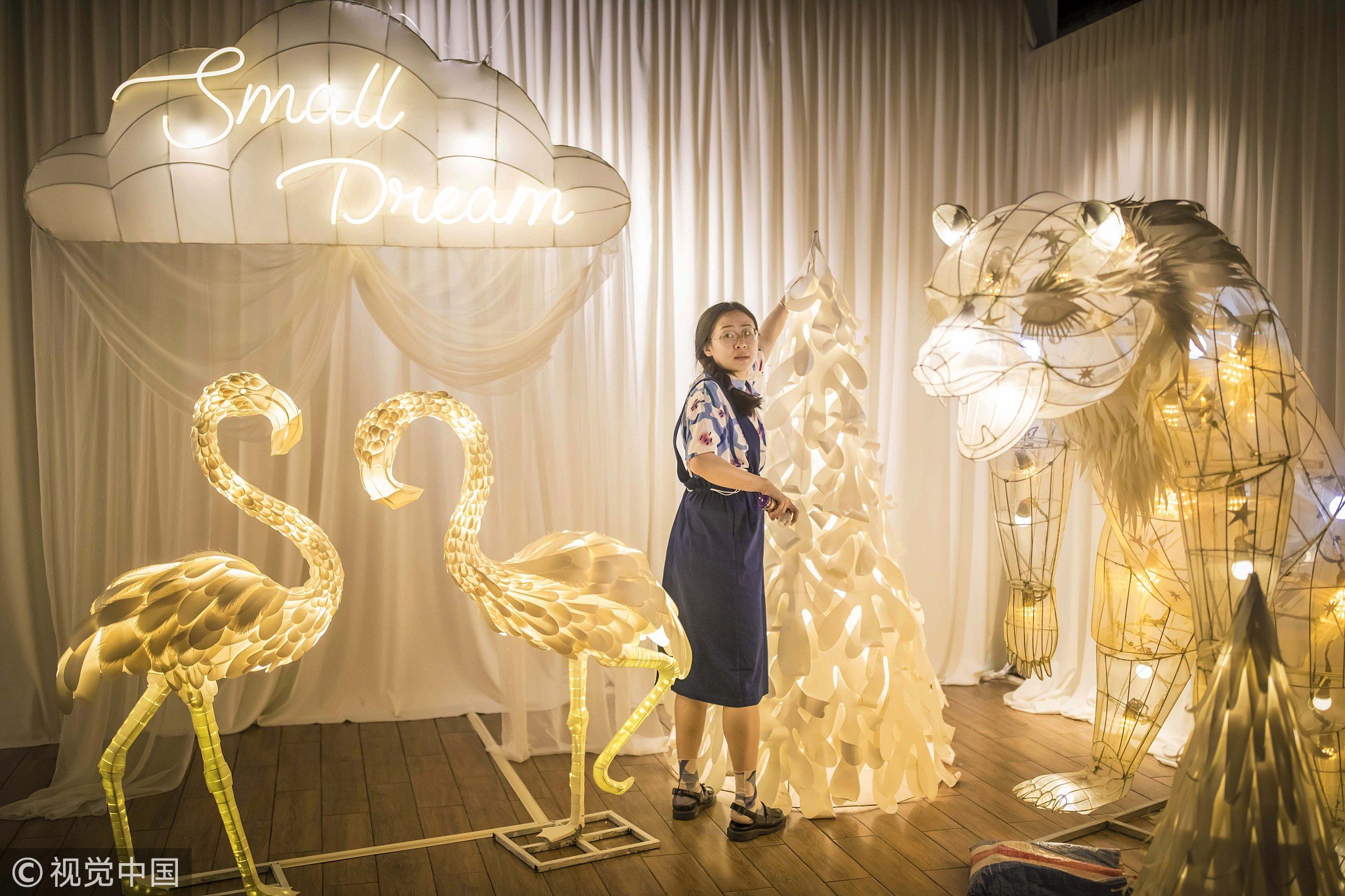 Wen’s talent of using paper started when she was young. She tried making a paper garden when she was five years old, which cultivated her outstanding paper skills and spatial imagination. /VCG Photo 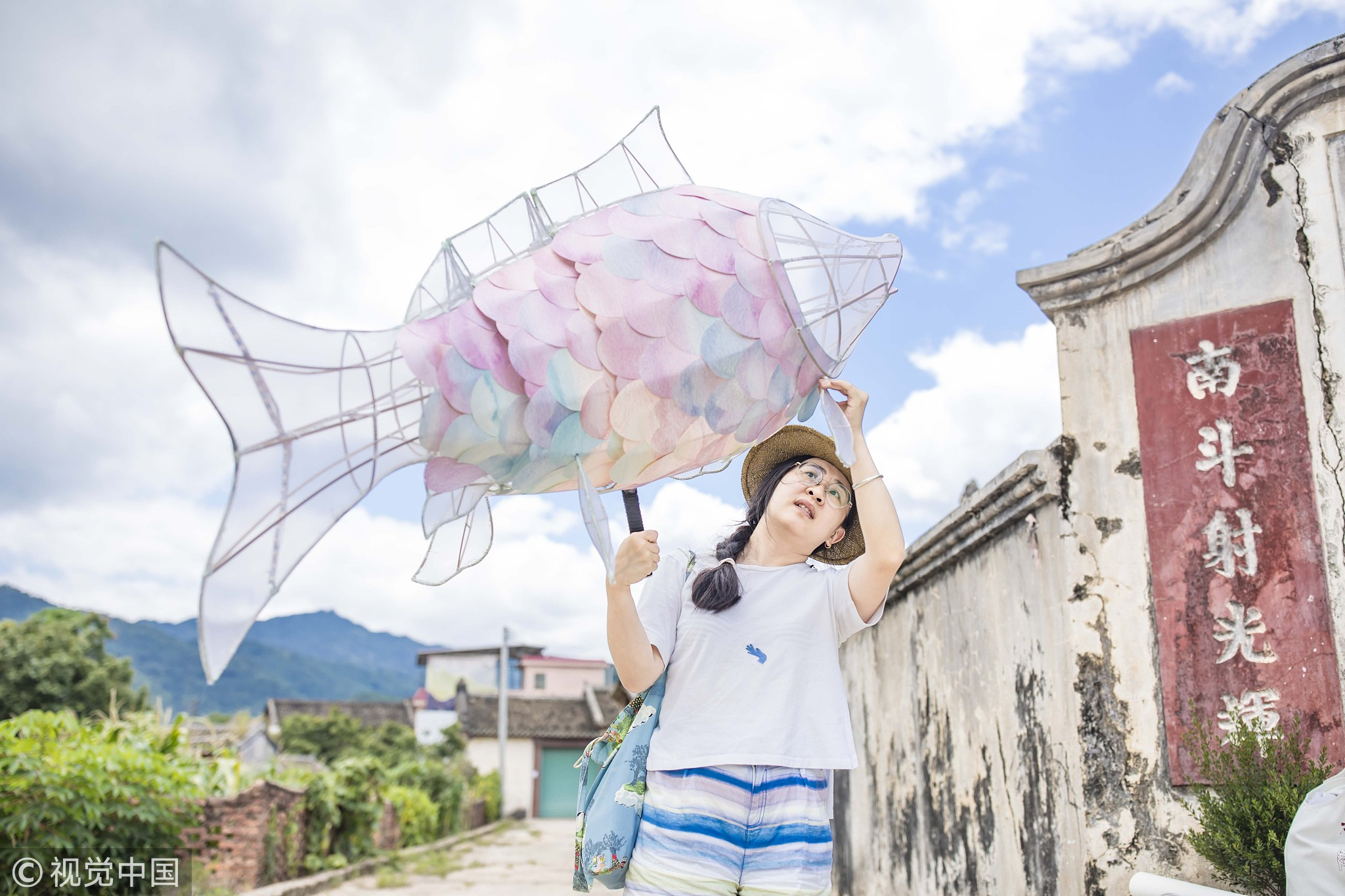 Wen chooses to become a photographer and paper designer. She opened her own paper sculpture workshop in 2014 and worked in a traditional lantern factory in Foshan City of Guangdong Province until 2016. /VCG Photo 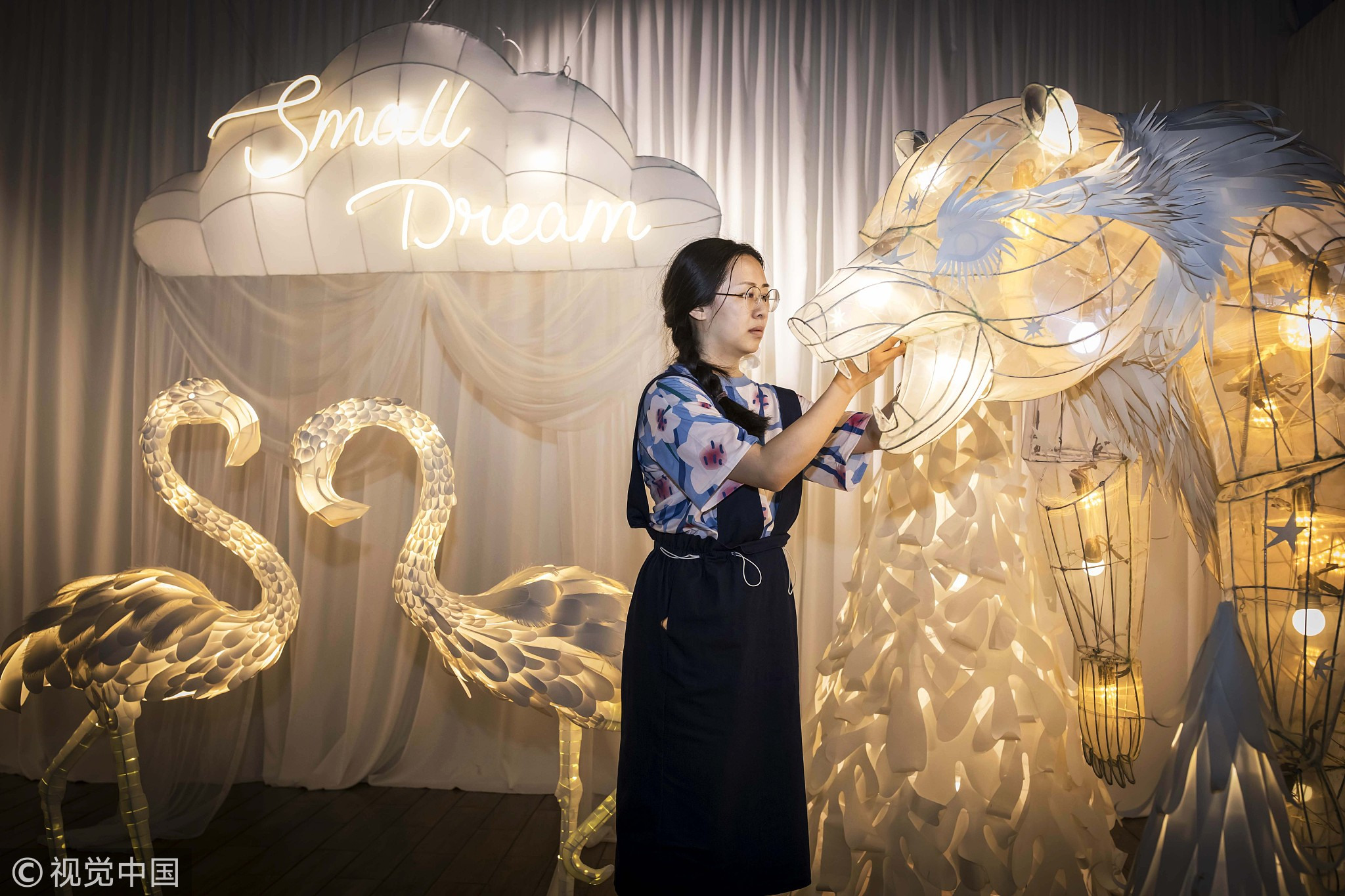 With the elements of traditional festival lantern crafts, Wen got a huge progress on paper art and learned more paper skills about the traditional handicraft. Each exquisite work took her over 50 hours to finish. / VCG Photo 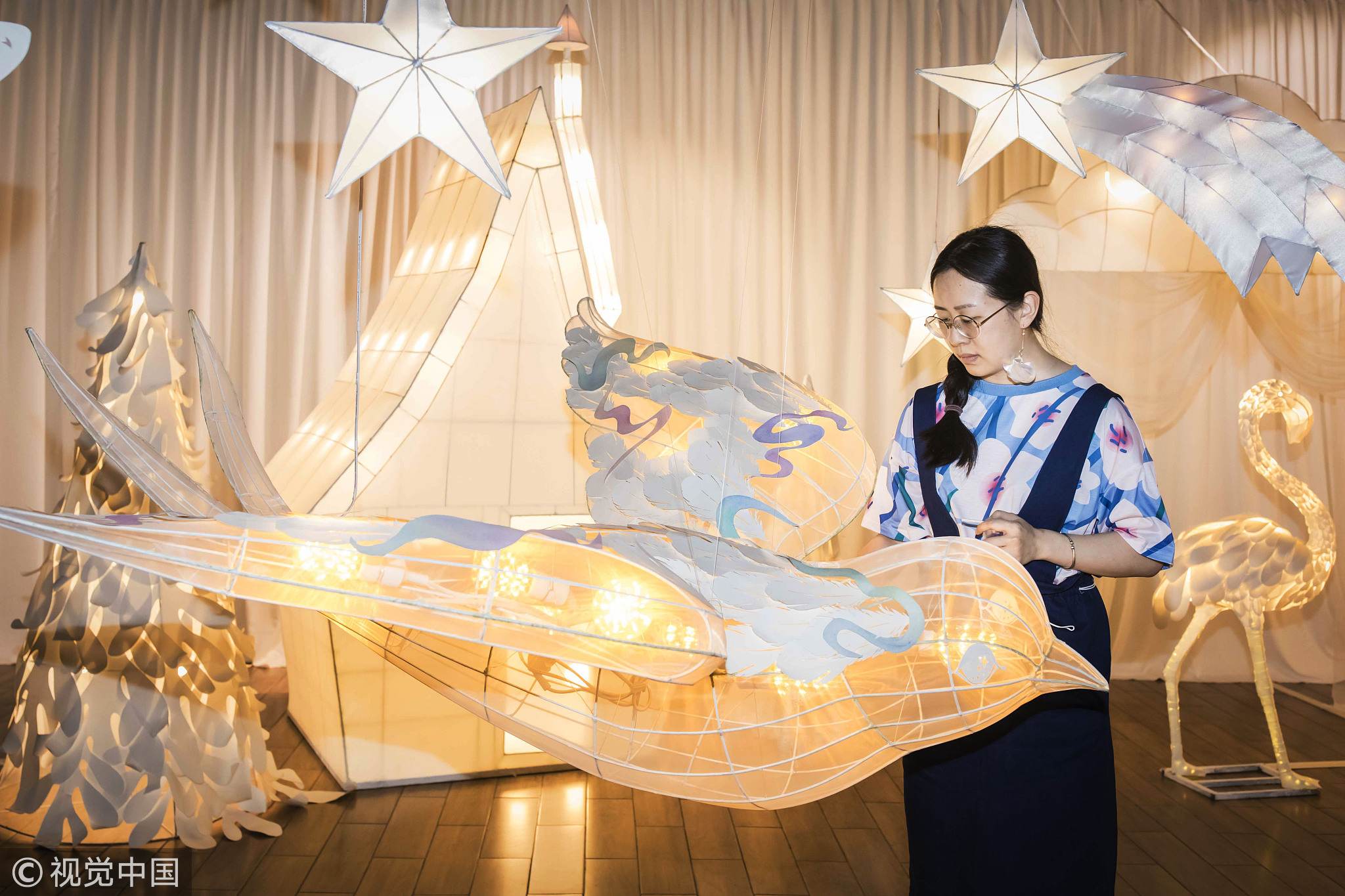 Although she gets lots of orders now, she kept her goal to create more paper sculptures of extinct animals to appeal to people to protect the environment. / VCG Photo