Piraeus is the largest port in Greece and one of the largest ports in the Mediterranean with a long history. Piraeus Port connects continental Greece with the islands, and is an international cruise center and a commercial hub for the Mediterranean, providing services to ships of any type and size. Lying just 10 kilometers from the heart of the city, it acts as the main gate for Hellenic imports and exports. It is a major terminal for vessels traveling from Asia to Europe. 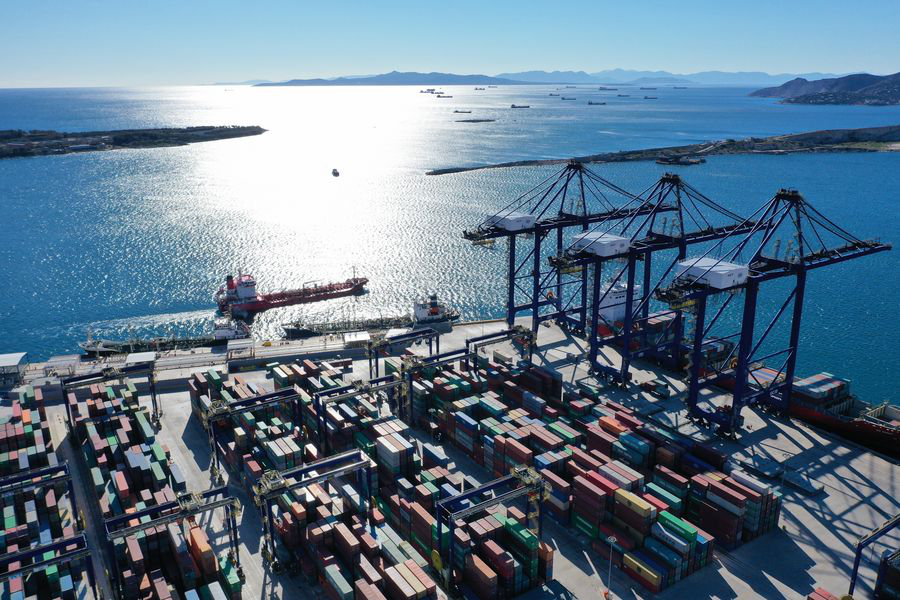 About a decade ago, the throughput dropped dramatically and port facilities were barely functioning in the port. A key factor behind Piraeus' new elevated status is the Belt and Road Initiative (BRI). This massive China-led project aims to revive the old trade routes of the maritime and overland Silk Roads, whose opening up, over 2,000 years ago, coincided with an initial period of prosperity for the ancient Port of Piraeus.

In 2008, China's Ocean Shipping (Group) Company (COSCO) obtained the franchise right of Container Terminals 2 and 3 of the Piraeus. After 10 years, the project has yielded fruitful results, making the port one of the fastest growing container terminals in the world. 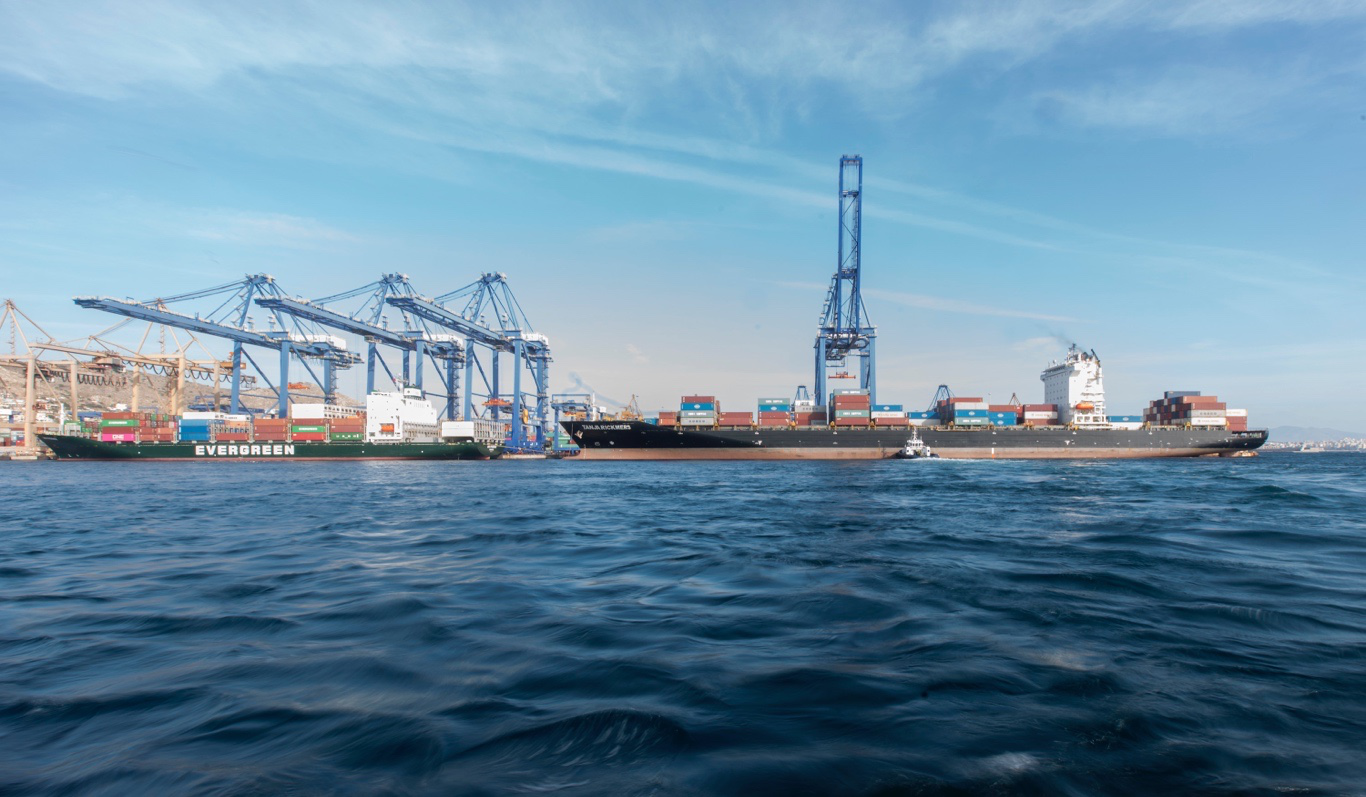 On February 25, 2020, Piraeus on Tuesday kicked off its expansion project. The expansion project of the port's cruise terminal, featuring two new berthing positions, aimed to better accommodate a "new generation" of cruise ships of over 280 meters long, according to a press release issued by the Piraeus Port Authority S.A. (PPA).

In June 2008, COSCO Pacific, a subsidiary of China's COSCO Group, won a bid for 35 years of concession for Terminals 2 and 3 at the Piraeus Port. Piraeus Container Terminal S.A. (PCT), a subsidiary corporation of COSCO Shipping, has also been formed and started to manage the terminals in 2009, posting sound results.

In 2016, COSCO acquired a majority stake in the port and formally took over its management and operation.

Despite the ongoing struggles of the Greek economy, shipping and logistics supplier China Ocean Shipping (Group) Company remains positive about its ambitions for the country's key port at Piraeus. COSCO has spent heavily on modernization work at the port as part of a major investment plan that includes improving its ship-handling facilities and tourist attractions. 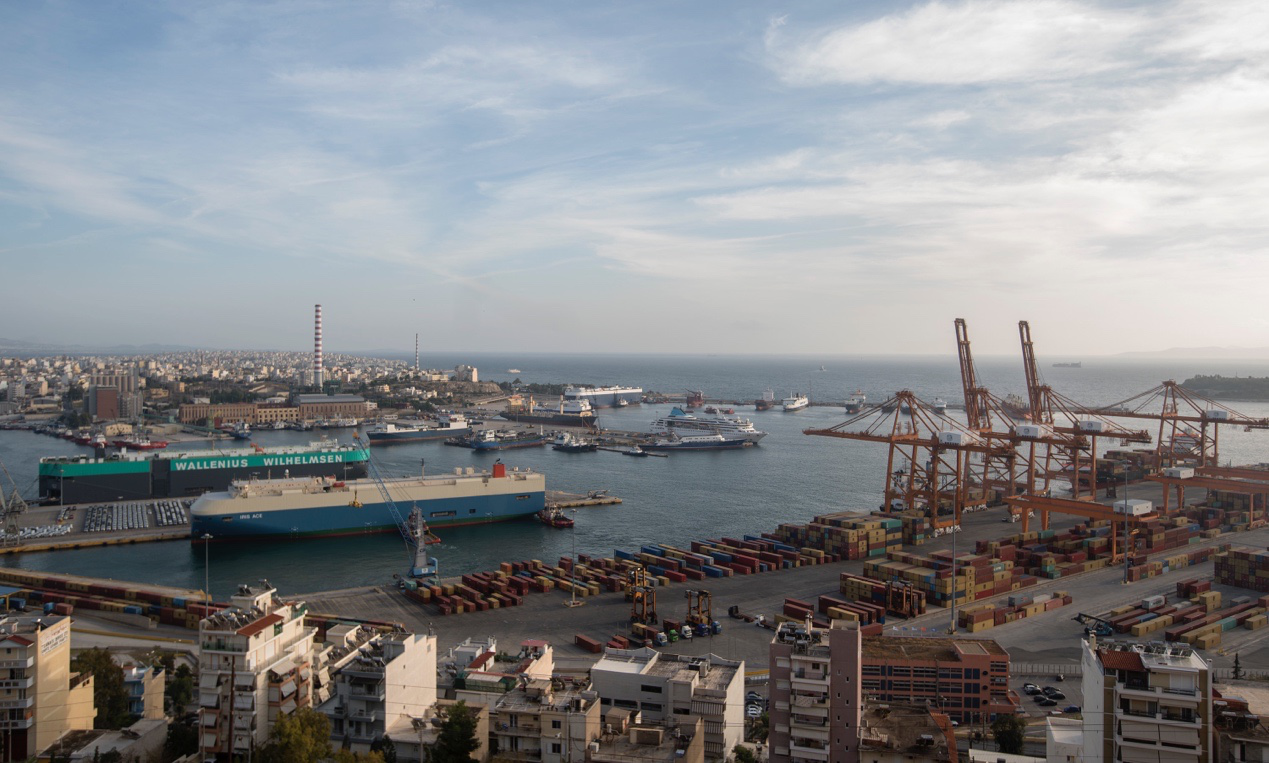 Since 2008, the company has spent around 700 million euros on modernization work at Piraeus. That figure is expected to rise to over one billion euros by 2021. However, the company is confident that the investment is worthwhile. Piraeus' strategic location makes it a vital hub for Chinese trade with Europe, and has earned it the title: “Dragon's Head on the Belt and Road.”

COSCO has not been shy about advertising the success of its investment. The port has risen dramatically in global and EU rankings. Nor is the company reticent about declaring its ambitions; quite simply, it expects Piraeus to become the number one port on the Mediterranean. 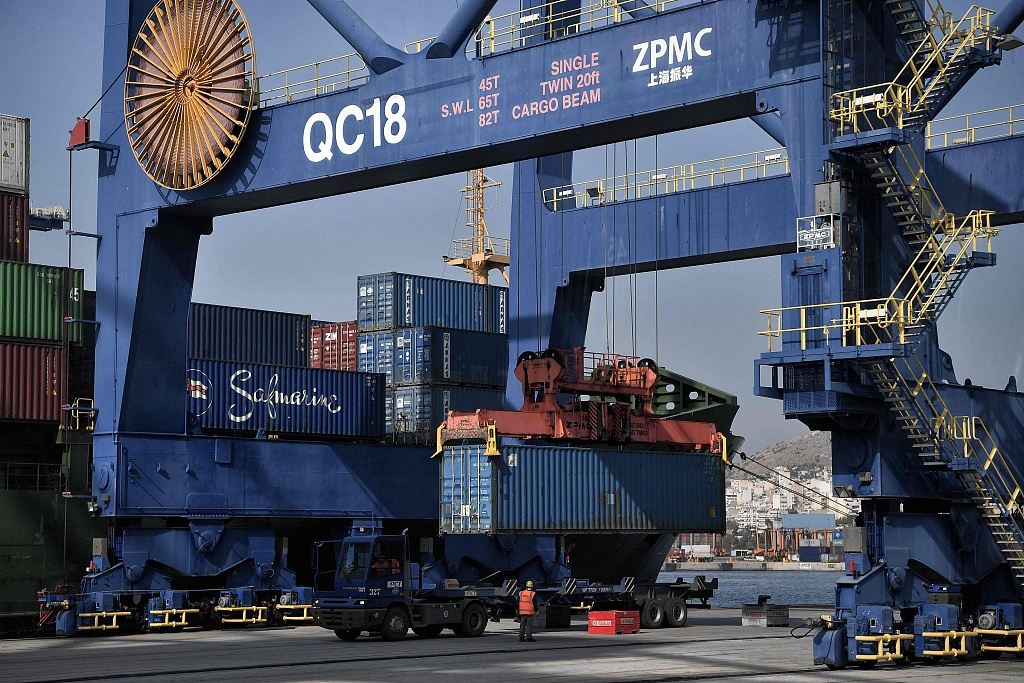 Workers attend to a container being loaded on a ship at the new container terminal in the port of Piraeus on October 18, 2018. /VCG

With increasing involvement of Chinese companies, the port has turned into an international hub with improved port facilities and capacity.

The port has attracted an increasing number of shipping companies to dock there and do business. 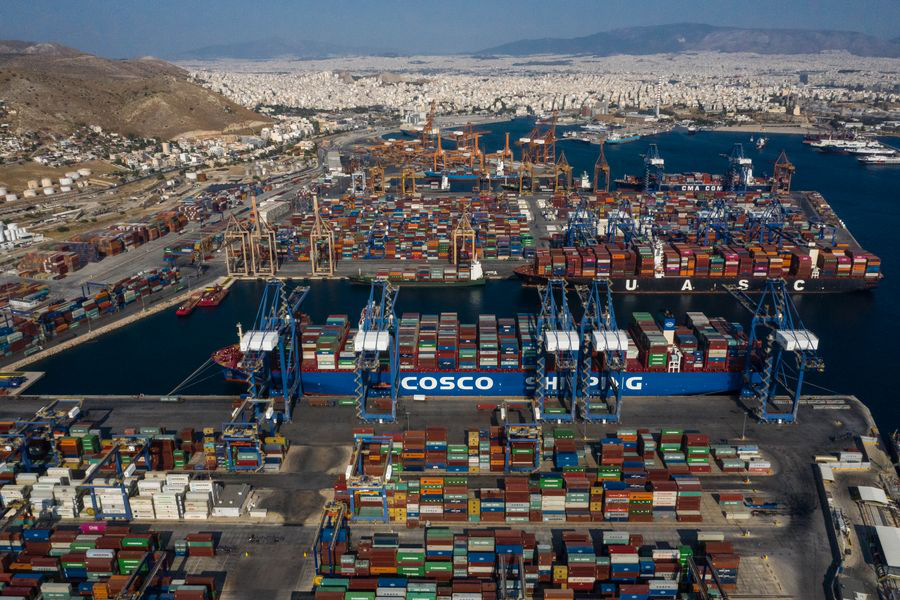 This high performance had several positive effects on the national and local economy, such as an increase in the concession fee, in dividends, in tax contribution, working positions, and finally improvement of the socio-economic footprint of PPA S.A.

Secondly, Xu Lirong, chairman of China COSCO Shipping, said that the company has created more than 8,000 local jobs since 2009. And, it's expected to bring 31,000 job opportunities with more investment in the future. It is expected that the port project by 2025 will increase Greece's revenue by 474.7 million euros (about 523 million U.S. dollars), creating 31,000 jobs.

Moreover, Greece receives around 30 million tourists a year, but only a small fraction, around 200,000, are from China. The investment in this port has the potential to boost the number of Chinese tourists in the country.  The PPA is keen on boosting tourism numbers, including more Chinese tourists (and the country's tourism reputation) by adding new berths for cruise ships within five years. 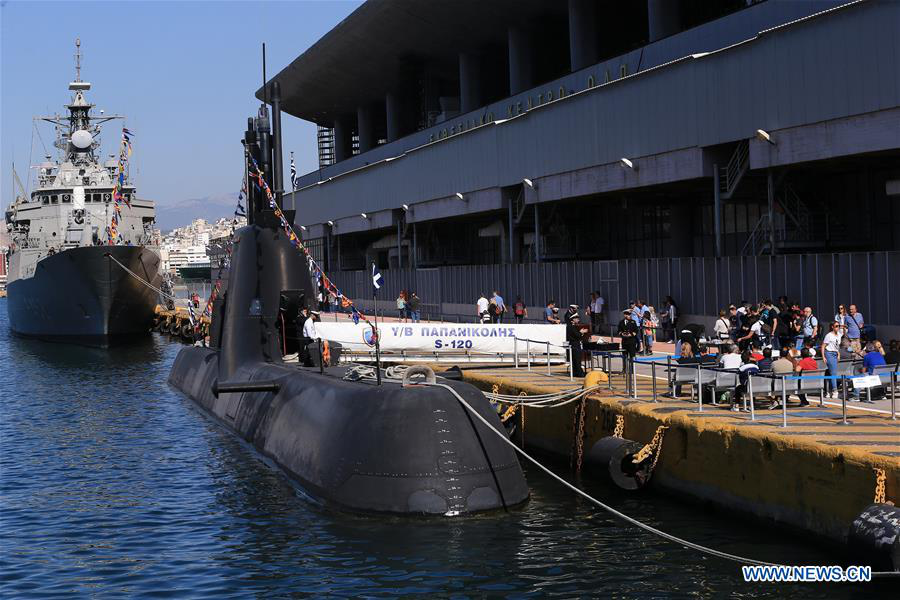 Photo taken on October 27, 2019 shows a submarine of the Greek Navy at the port of Piraeus, Greece. Greece celebrated its national Ohi Day on Monday with the conclusion of a four-day warships display event. (Xinhua/Marios Lolos)

When asked about the Belt and Road Initiative, the local people responded with positive remarks, as they've seen the benefits of the project and believe it can help Greece's economy.