The Mombasa-Nairobi railway is the first phase of a grand standard-gauge railway project that aims to connect Kenya, Uganda, Rwanda, Burundi and South Sudan, involving a total investment of $3.8 billion. The 480-kilometer-long stretch connects Nairobi, the capital city of Kenya, with Mombasa, the largest port in East Africa. It is the first rail link conforming to Chinese standards ever built outside of China and Kenya's largest infrastructure project since its independence in 1963. 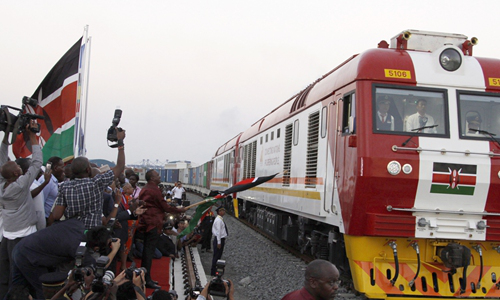 Started in October 2014 and opened to traffic on June 1, 2017, it has cut the travel time from Mombasa to Nairobi from over ten hours to a little more than four hours. Its success rides on its punctuality, safety and efficiency. In addition, its route, which snakes through Tsavo West National Park, gives travelers a glimpse of the country's wildlife and plants. 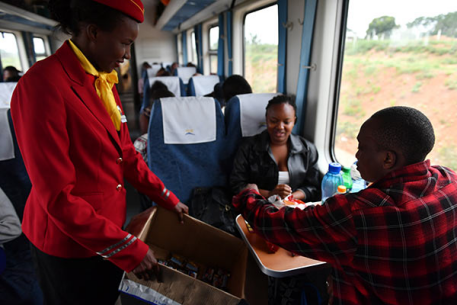 A steward offers snacks to passengers in a train on the Mombasa-Nairobi standard gauge railway. (Photo: Xinhua)

As a model project of the Belt and Road Initiative, the Mombasa-Nairobi standard-gauge railway is a collective effort by three Chinese companies. It was initiated in December 2014 by the China Road and Bridge Corporation(CRBC) and China Communications Construction Company Co Ltd (CCCC). According to the contract, they provide services including scheduling, maintenance, and personnel training services. CRRC Dalian served as an exporter of locomotives to support the construction of SGR. 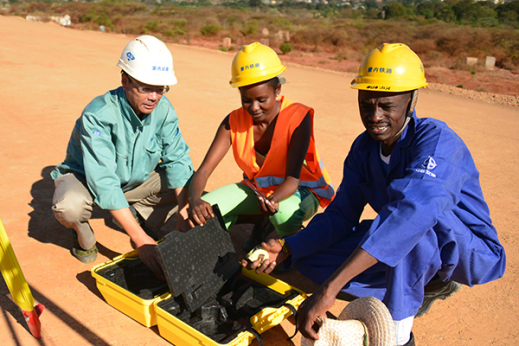 On August 19, 2013, Chinese President Xi Jinping and President Uhuru Kenyatta of Kenya witnessed the signing of the Memorandum of Understanding on Financing the Mombasa Nairobi Railway Project. On May 11, 2014, Chinese Premier Li Keqiang and the leaders of the five East African countries witnessed the signing of the financing agreement. The project cost $3.8 billion and 90 percent of the funding was from the Export-Import Bank of China. The other 10 percent of the funds were provided by the Kenyan government. 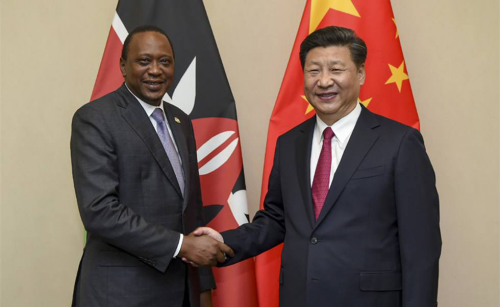 The 480-kilometer-long Mombasa-Nairobi Standard Gauge Railway has brought tremendous changes since its inaugural journey in May 2017. Kenya's government estimates that the national economy will grow by at least 1.5 percent annually and multiplier effects are happening in this leading economic powerhouse of East Africa.

The China-funded modern railway is estimated to have boosted the African country's GDP by 1.5 percent and has provided 46,000 jobs to local people. About 300 domestic enterprises were sub-contracted during its construction, according to official figures. Chen Yun, vice-president of China Communications Construction Company (CCCC), said at that the project has been an integral part of Kenya's socio-economic transformation that has benefited ordinary citizens. 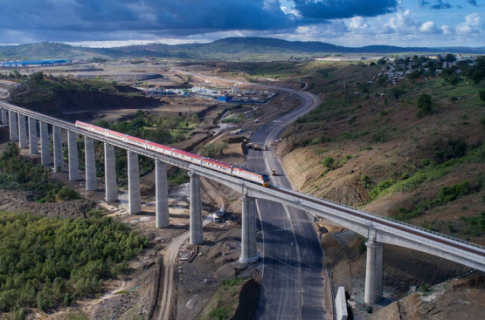 A passenger train is seen on a bridge of the Chinese-built railway linking the Kenyan capital Nairobi with Mombasa and Naivasha. (Photo: Xinhua)

Data from the China Road and Bridge Cooperation (CRBC), the main contractor and service provider of the project, shows that since the launch of the Nairobi-Mombasa standard-gauge railway in June 2017, it has served more than 3.7 million passengers with a daily occupancy of 97 percent and handled over 6.8 million tons of cargo between Mombasa and Nairobi.

Fast, efficient and inexpensive, the line has transported 61,482 TEU (Twenty-feet Equivalent Units) of cargo as of May 2018. The Inland Container Depot at the Embakasi district of Nairobi offers a one-stop-service to facilitate custom clearance. Government agencies like Kenya Railways, Kenya Ports Authority and Kenya Revenue Authority are getting together to formulate a better and more efficient system than the system in Mombasa. The depot is attracting more cargo to generate cash for the railway. 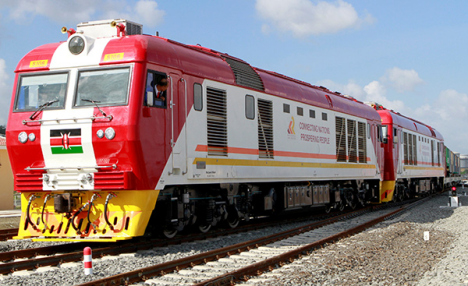 A cargo train is launched to operate on the standard gauge railway (SGR) line constructed by the China Road and Bridge Corporation (CRBC) and financed by Chinese government in Kenya's coastal city of Mombasa, May 30, 2017. (Photo: China Daily)

The Madaraka Express also witnessed the advent of the nation's first batch of modern railway skilled workers, including locomotive drivers. As of 2017, the Mombasa-Nairobi Railway Project had trained more than 18,000 technical and management workers and 2,000 railway-related workers, and sponsored 100 Kenyans to get undergraduate education in railway subjects in China.

Seizing business opportunities, more industrial parks and special economic zones were established. Foreign and local investors could expand manufacturing, put products on the railway and export with efficiency. Kenya is upgrading its manufacturing and export potential.