SPORTS 'Basketball is My Life.' A story of Zhang Jiacheng

'Basketball is My Life.' A story of Zhang Jiacheng 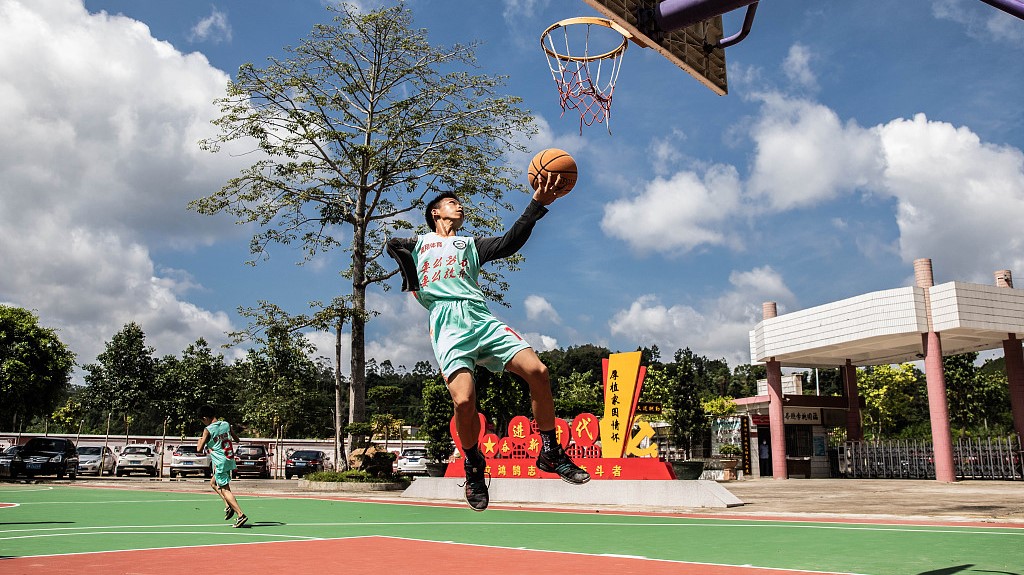 For the small village of Gaocun, located in south China's province of Guangdong, basketball has become a defining feature of the community.

This can all be attributed to 14-year-old basketball sensation Zhang Jiacheng.

Over the past couple of months, his rise to online fame has exploded across Chinese social media and beyond. It's even attracted the attention of NBA icons like Stephen Curry, and CBA legends including Yi Jianlian. Much of Jiacheng's sudden jump to fame has come from the exhilarating videos and coverage showcasing his basketball talents.

Yet, the most grasping part of his story is that he lost his right arm at the age of five. For outsiders, it's perhaps the only peculiarity they see in the teenager. But in his own words, he's just like anybody else.

Born in the city of Yunfu and having grown up in Gaocun, Jiacheng has faced difficulties for much of his life. It was only in 2018, after finishing fifth grade, that he picked up basketball. During that year's summer holiday, his school hosted a miniature basketball camp.

At first, his parents approached their son's choice with caution, reaching out to the school and the camp's coaches, voicing some concern. But in the end, the decision came down to Jiacheng, who enrolled in the summer program and has never looked back.

Since then he's used basketball to define who he is. It's become a channel for him to express himself. The game has also brought a positive impact on his life. Jiacheng, who foremost remains a student, has seen an improvement in the classroom since starting to play.

And though there've been ample changes in his life, challenges and uncertainty remain that may characterize his future.