An ailing Novak Djokovic said Saturday every moment counted now that he was in the "last stage" of his career, after battling past Grigor Dimitrov and into the Australian Open last 16. 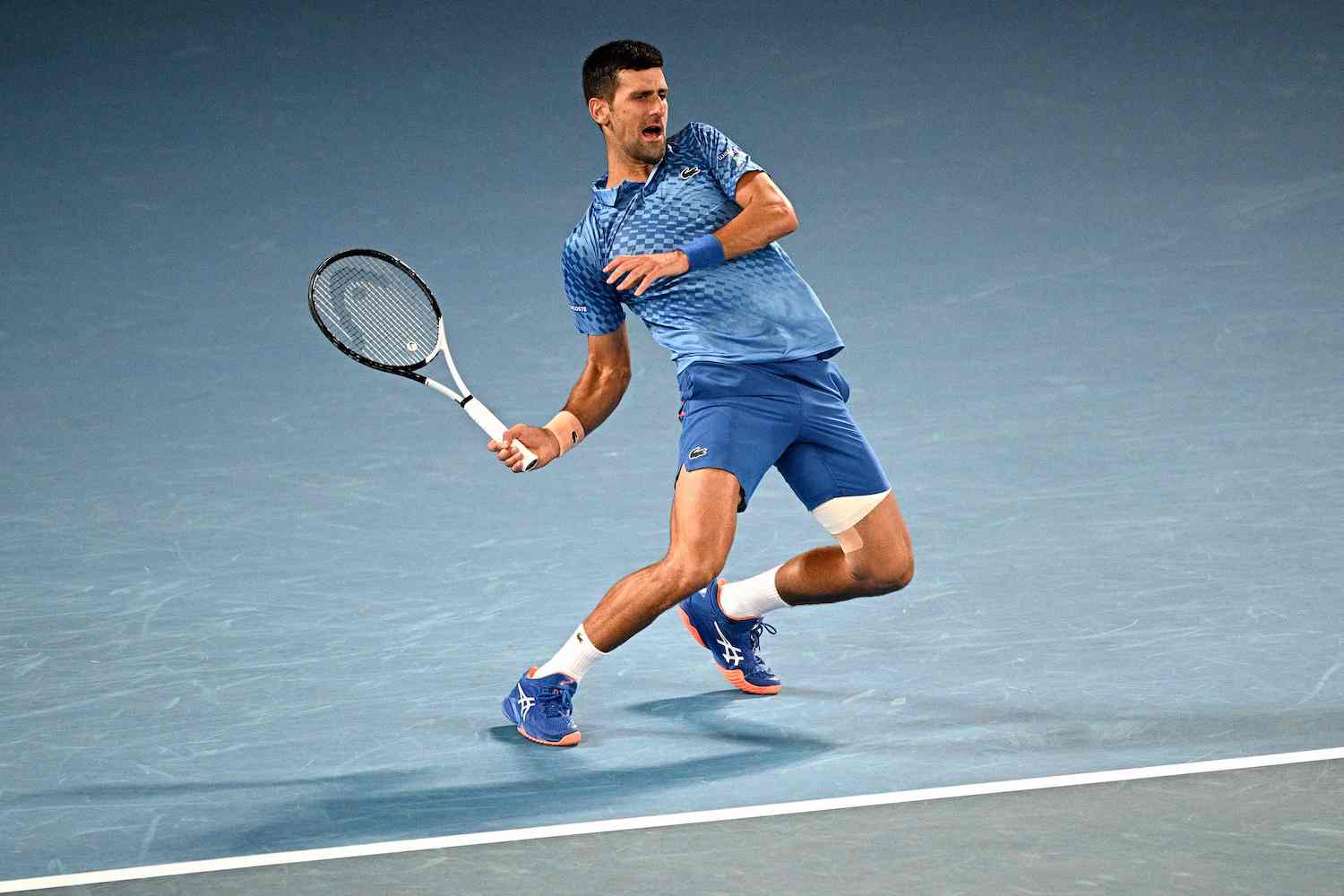 Novak Djokovic hits a return against Grigor Dimitrov during their men’s singles match at the Australian Open in Melbourne on Saturday. (Photo: AFP)

Please credit and share this article with others using this link:https://www.bangkokpost.com/sports/2488152/djokovic-battles-into-australian-open-last-16. View our policies at http://goo.gl/9HgTd and http://goo.gl/ou6Ip. © Bangkok Post PCL. All rights reserved.

The Serb came through a titanic 77-minute first set before taming the Bulgarian 7-6 (9/7), 6-3, 6-4 on Rod Laver Arena, needing treatment twice on his troublesome hamstring.

He will face home hope Alex de Minaur for a place in the quarter-finals after the 22nd seed defeated Frenchman Benjamin Bonzi in three sets.

Winning once again in Melbourne would also return him to world number one for the first time since June.

Now 35, Djokovic said he was savouring each tournament more.

"Every season counts I guess now, when you come to the last stage, the last quarter, of your career," he said.

"Obviously you start appreciating and valuing each tournament more because you might not have a lot left in the tank.

"I've been truly fortunate to do what I love, I love the sport, I love competing. It's been almost 20 years now of professional sport. I can't be more grateful than I am."

Victory put Djokovic into the last 16 for a 15th time but he was made to work for it, especially with his left hamstring troubling him.

"It kind of always starts well in last few matches, including this one, and then some movement happens and then it gets worse," he said.

"Pills kick in, some hot cream and stuff. That works for a little bit, then it doesn't, then works again. It's really a rollercoaster, honestly.

"I'll take it match by match. I don't know what awaits, but I do hope and I have faith for the best."

Djokovic aggravated his hamstring during his run to a 92nd title at the Adelaide International this month and has been struggling with it since.

Djokovic came into the match without his usual off-day practice session to give his leg as much time as possible to recover.

With his left thigh heavily strapped, the Serb broke immediately and consolidated to take an early grip on the first set.

He was cruising but appeared to feel the injury when moving for a shot at 5-3. He managed to earn three set points, which were saved, but was then broken when serving for the set at 5-4.

Agitated, he complained to the umpire about being given a time violation and was then forced to save two set points, before an epic tiebreak.

He eventually got over the line on his fifth set point after some intense tennis.

Djokovic took a medical timeout at the changeover and returned to dial up the pressure and take a break before comfortably seeing out the second set.

With Dimitrov flagging, he turned the screws further by breaking twice early in set three.

Despite a mid-set wobble when the Bulgarian clawed back and then more treatment on his leg, Djokovic battled to the finish line.

"These are the matches you want to be playing," said the Australian.